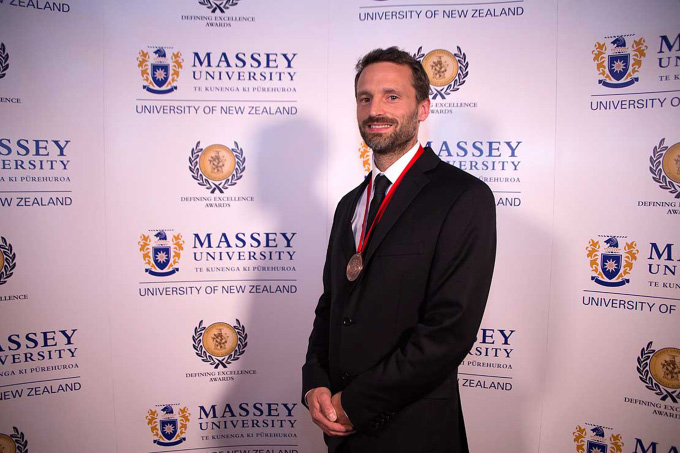 Having left Sutton Valence School in 1995, where he was Head of School and Head of CCF, David Hayman studied veterinary medicine at the University of Edinburgh, and then worked as a clinical veterinary surgeon with a broad range of domestic and wild animals, gaining experience of investigating and managing disease in a number of critically endangered and flagship species. These experiences are what led him to gain his MSc in Conservation Biology from the Durrell Institute of Conservation and Ecology at the University of Kent, UK. Prior to his role as a Senior Lecturer in Veterinary Public Health at Massey, where he works now, he also did a considerable amount of work in the USA as a David Smith Fellow at Colorado State University.

David Hayman was recently featured at the Massey University of New Zealand’s ‘Defining Excellence Awards 2016’. Dr Hayman is considered a rising star in the field of infectious disease epidemiology and ecology. He has attracted considerable international attention for his work on Ebola and other related diseases.

It is only four years since he did his PhD at Queen’s College, Cambridge, which included a three-year fellowship funded by The Wellcome Trust. He studied bats and their diseases in West Africa; this work formed the foundation of a lot of the work he does. He has already had 40 peer-reviewed publications in high-ranking journals, including one on modelling bat viruses. This is of enormous importance internationally, given the role played by bats in emerging infectious disease. “I use multidisciplinary approaches to address how infectious diseases are maintained within their hosts and how the process of emergence occurs,” he said. “At the broadest level, my interests are public health and conservation biology.”