Jobs to do in April 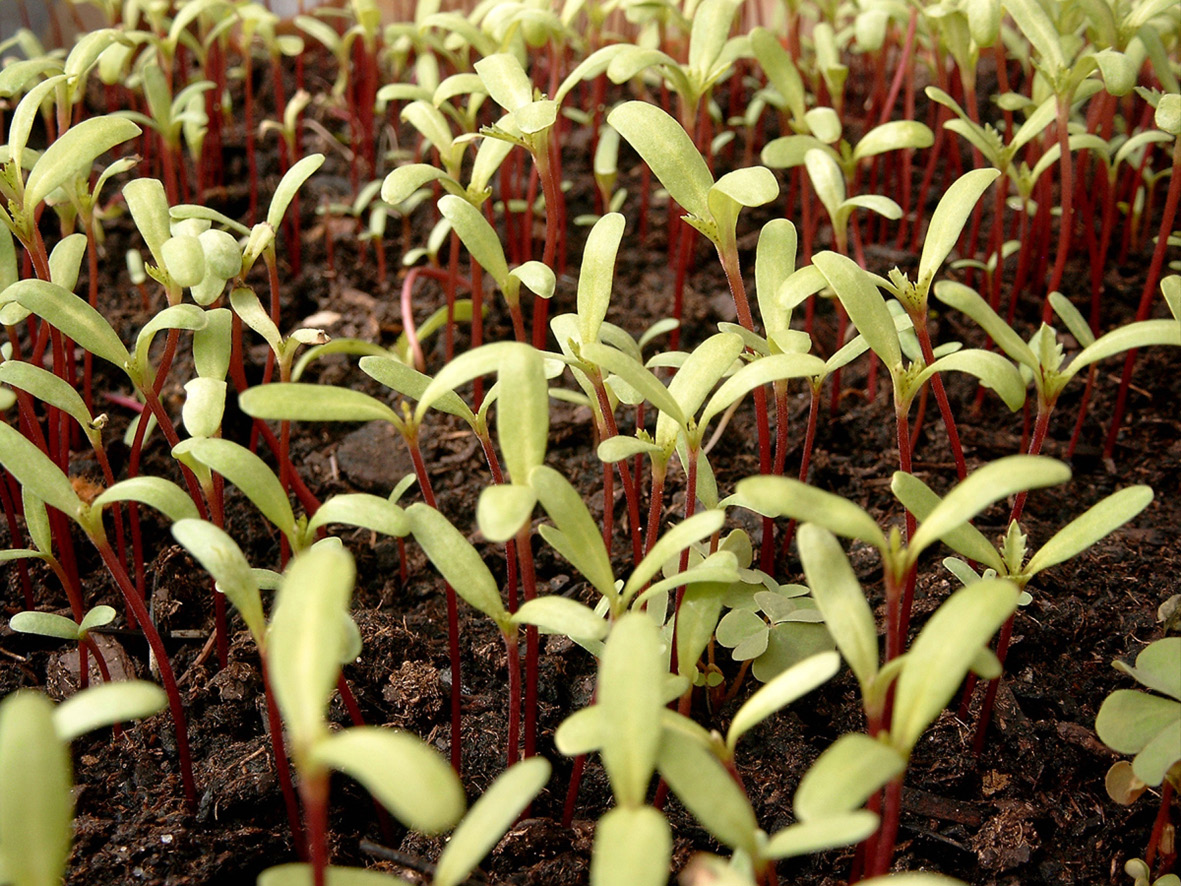 Spring is the time for investment gardening, so the more effort you put in now, the less you’ll have to do later in the season. There ought to be a saying for it – a weed pulled today keeps thousands at bay / slugs slain tonight, gardener’s delight, that sort of thing. Many of the tasks this month are either preparation for the coming season and all its gorgeousness, or prevention of a disaster yet to unfold. In short, this is a task, not a glory month and there’s lots to do, so I’ll stop rambling and make haste.

April is the month for sowing hardy perennials outside, directly into the ground, so none of that indoor, bottom heat, laboriously fiddly work. You’ll know when it’s time to start your outdoor sowing – just watch the ground for the first of the weeds and self-seeders to emerge. You can then sweep about the garden bountifully casting seeds about the place – or be more contained and carefully sow them in regimented drills.

The important thing is to make sure that the soil is welcoming. Rake to a fine tilth (the consistency of lumpy crumble topping), so that the seeds are in contact with the soil. Cover larger seeds with soil, but those that are tiny and dust-like are best scattered on the surface of the soil, which should be moist enough to not need watering (watering will wash away tiny seeds).

Once germinated, instead of pricking-out, the fiddly job is a mean task called thinning out. This means removing the weaker seedlings (you can try to transplant the underdogs, but hmmm), and ensures that your best babies aren’t overcrowded and can grow strongly.

Some hardy annuals and short-lived perennials will self-sow, so you may only ever have to buy one packet of seeds. This can also result in some lovely accidental plant combinations, a happy serendipity that you might not have thought of yourself. It also gives rise to the saying: ‘One man’s weed is another man’s Verbena bonariensis’, as enthusiastic self-seeders can get out of hand.

Biennials like forget-me-nots, wallflowers and honesty will be flowering now, having made all their leafy growth last year. Leave them in place after flowering to set seed, or if you have too many, pull them up before they get the chance. Sow new biennials in May or June.

Some shrubs will need pruning to keep them looking good and to keep them healthy, but this will depend on whether they’re evergreen or deciduous and when they flower. It’s best to wait until the frosts have passed before pruning evergreens. Prune flowering shrubs after they’ve flowered if they flower on old wood (produced last year); so that’s things like Forsythia, Weigela, Philadelphus, or at the beginning of the spring if they flower in late summer – Buddleia, Caryopteris and some Hydrangeas. Evergreen shrubs can be pruned later in the month once the weather’s warmed up. Leave any tender plants until early summer.

Weeding is one of those tiresome jobs that should be tackled as soon as possible after the weeds emerge. That way you can eradicate them before they reproduce and start spreading about – and there lies the rub: how to tell a weedling from a seedling. There is a good website devoted to the subject: theseedsite.co.uk/weedlings, and eventually you may learn the difference. But weeds are cunning – there’s a weed in my garden that looks just like an emerging poppy seedling that I’ve often nurtured to flowering point. It can help if you sow seeds in rows, because weeds are reckless vagabonds and never grow in tidy rows, so you’ll spot which is which.

Step up the slug patrol especially around emerging shoots. A mild wet winter makes manna for molluscs – they will have multiplied and massed their ranks, so prepare for battle. Also be on the lookout for the first signs of attack from other bugs like aphids and lily beetles – catching them before they embark on their world domination plans (female aphids are born pregnant and carry on popping out babies at an alarming rate without needing to find a mate, which is both scary and weirdly fascinating).

Most shrubs could do with a little pick-me-up now, in the form of a general purpose fertiliser. There are a confusing number of plant feeds available and they will have different effects on plant growth, but a general purpose feed will have a balance of the important nutrients – nitrogen for leafy growth, phosphorus for healthy roots and potassium for flowers and fruit. Sprinkle – at the recommended rate – at the base of shrubs. Perennials are a different matter and really don’t need much feeding. Too much nitrogen will encourage leafy growth, often at the expense of flowers. Feed with potassium, if anything. Plants in pots will need fertilising, as they’re growing in a confined space and will quickly run out of nutrients. Only feed plants in the growing season; once the summer arrives all bar the bedding plants must concentrate on ripening and strengthening in readiness for the autumn and winter.

Apply a generous layer of mulch to your borders while the soil is still damp. This will prevent excess moisture loss and help stop the weeds. If you use an organic mulch, like manure, or spent mushroom compost, it will gradually be incorporated into the soil by earthworms etc and will improve the soil structure.

Support the emerging shoots of perennials before they put on too much top growth. That way they’ll hide the supports as they grow up through them. There’s not much point in trussing up a limp, wind-blown bundle of stems and hoping it’ll look gracefully well supported, trust me.

This is the perfect month for sowing vegetables. Direct sowing is less time-consuming than sowing in pots to plant out, but you will have to thin your seedlings (see sowing section above and steel yourself). Weed regularly and watch out for pests – tiny plants are irresistibly dainty and delicious to every creature that crawls, flies or hops across your plot – cat included no doubt.

Feed fruit bushes with general purpose, slow release fertiliser to encourage good fruiting later in the summer. Keep the beds weed-free with a layer of mulch. Herbs will be growing strongly now and will benefit from a good haircut to keep them looking neat with lots of fresh new growth. This will also help delay flowering; herbs that have flowered are (apparently) less flavoursome.

I feel tired now all of a sudden at the thought of all the mowing that needs doing – and edging, and patching in, and more mowing. It is a thankless task and too much like housework in its repetitiveness, but – a well-looked-after lawn with neat edges (stripes if you have to) will make the whole garden look better. There are lots of other important things to do with the lawn, but sadly I’ve run out of space.

The soil is warming, the sun is rising in the sky and the April showers are providing plenty of moisture. It’s definitely the gardening season, but even if you can’t face doing any actual gardening, you can enjoy just going outside and breathing it all in, celebrating the three ‘b’s (buds, bees and birds of course). Let’s rush out there.

The soil is warming, the sun is rising in the sky and the April showers are providing plenty of moisture 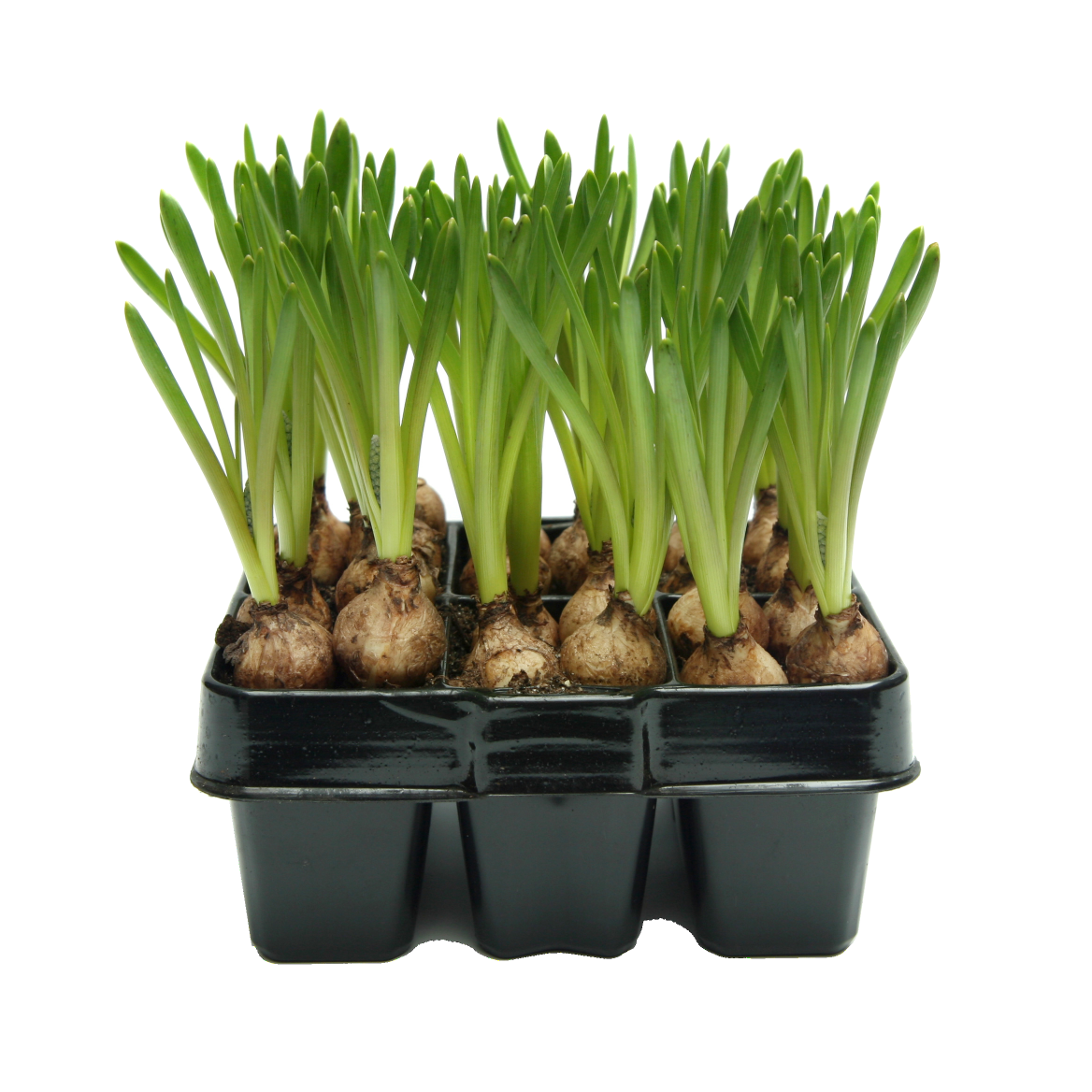 Many of the tasks this month are either preparation for the coming season and all its gorgeousness, or prevention of a disaster yet to unfold