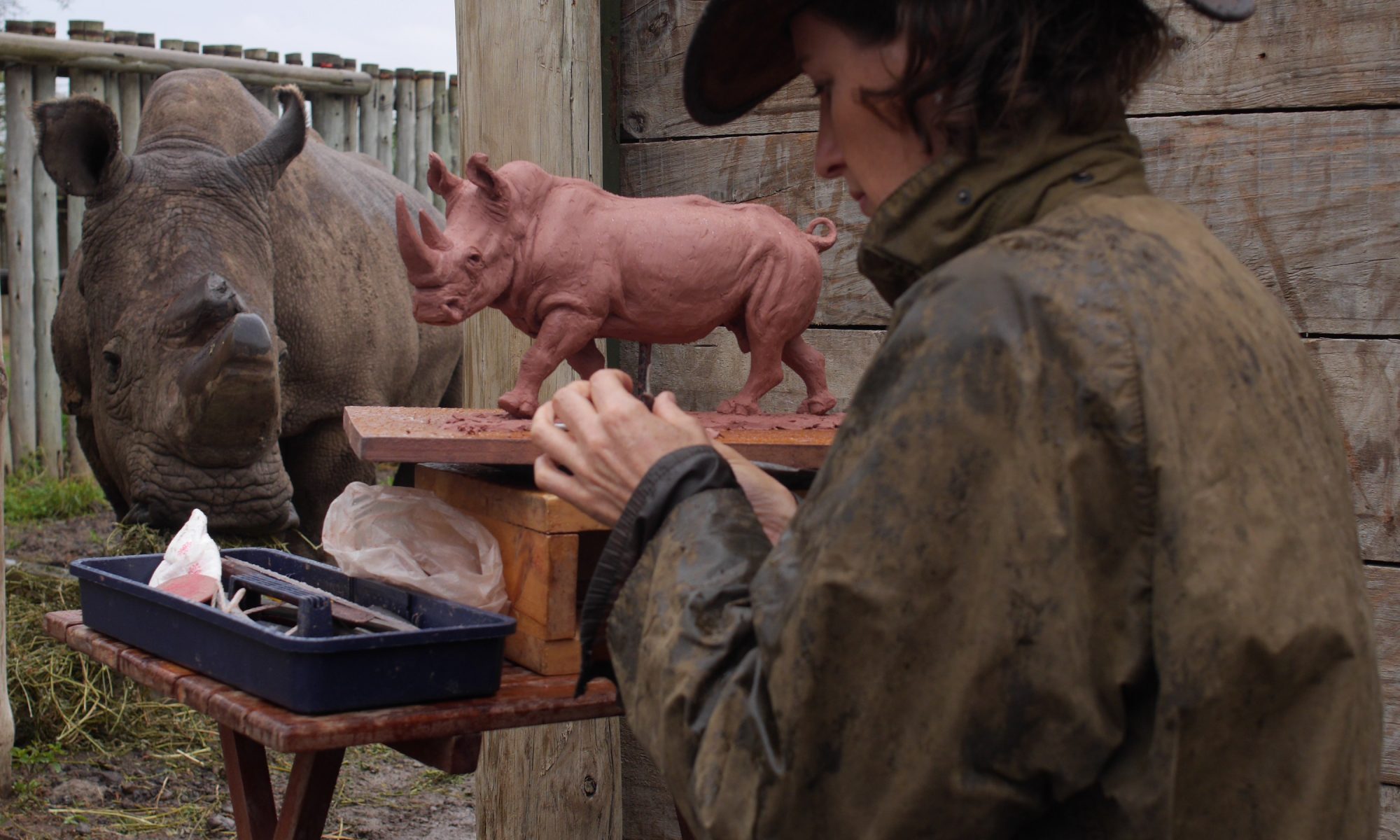 Camilla Le May is a sculptor living in Ticehurst, East Sussex, specialising in animals and wildlife. Her work has been exhibited by established galleries since 2000 and bought by private collectors worldwide. She has won awards from the British Sporting Art Trust, the Society of Wildlife Artists and been shortlisted for the David Shepherd Wildlife Artist of the Year.

Camilla attended Mayfield School, a local independent day and boarding school for girls.  She said, “I discovered a passion for sculpting at school, thanks to a fantastic ceramics department under Celia Allen, a local ceramicist.”

Her love of animals was initially fostered by growing up on her parents’ farm in Wadhurst and by spending her youth competing on horses. She has spent much time in Africa and presently splits her time between the UK and Kenya, wherever possible sculpting directly from life, ideally in the animal’s natural surroundings.

Camilla has raised funds, mainly for wildlife conservation – especially rhinos – through charity auctions of her work as well as donating back a percentage from private sales. She has raised over $71,000 to date.

Niamh Green, Mayfield’s Acting Head, said: “We’re delighted that Camilla was able to find her passion at school and go on to have a successful career as a sculptor. Camilla has been back to school several times over the years to talk to our pupils, who I know have been inspired by her achievements, as well as her fundraising efforts for wildlife conservation. We are proud to have her as one of our alumnae.”