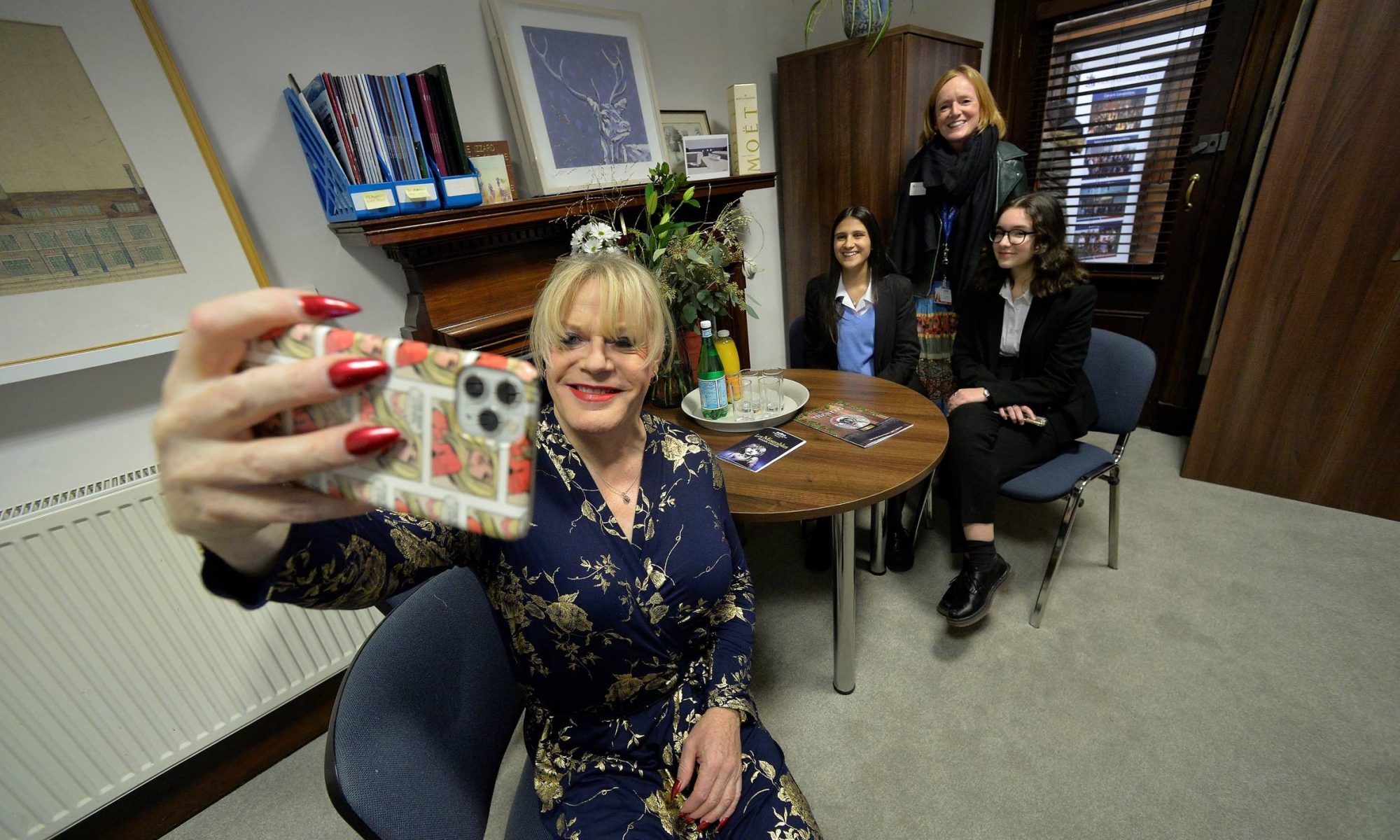 The Eastbournian Society (ES) is all about building relationships that last a lifetime across our two schools – starting from as early as nine months old at St Andrew’s Nursery through to sixth form at Eastbourne College.  In addition to supporting our alumni, ES looks after past and present parents and staff and the local businesses we work with.

The added value of the network is hard to measure and one of the many benefits that our two schools bring. The scope of our reach is unusual across alumni organisations and makes for a fascinating role for myself as Development Director.  The task of trying to choose one pupil to profile for this short piece is virtually impossible however, but does leave me feeling extremely proud and humbled.

A few years ahead of me in Pennell House at Eastbourne College was a pupil called Edward Izzard (1975 to 1980). Eddie who now identifies as ‘she’ and her brother, were sent here to board after their mother’s death. Eddie, as she is known, was desperate to get into drama. Initially she had no luck, but in her last three years she began to get roles at the College that gave her the confidence to start her career.  Eddie also wanted to be a footballer but at a school focused on rugby, that was a non-starter.  Eddie’s head was then turned by the girls who joined in the sixth form – unlike now, the school was only co-ed in the sixth form. She decided then to concentrate more on being funny in class than working hard.

Nick Pendry, her maths teacher tells me that Eddie said: “I decided I needed a cunning plan for looking ‘cool’ to the girls, so came up with a not-doing-any-studying scheme.” Nick says, “I’m not sure how successful the strategy was although ultimately Eddie emerged with the top maths A level grade.”

By her own admission, it is Eddie’s tenacity that has made her succeed in life; “determination is more important than raw talent”. Eddie returns frequently to the school and attended last term’s production of Les Misérables.  After the performance she joined the cast and crew alongside other alumni who work in the creative arts – it was quite a red-carpet gathering. Eddie has famously achieved a great deal since leaving Eastbourne, as has brother Mark who now writes adaptations for Eddie to perform such as Great Expectations and Hamlet. Eddie’s latest campaign for ‘Make Humanity Great Again’ involved running 31 marathons and performing 31 stand-up shows in 31 days. Over £310,000 was raised for charity through this campaign, promoting a fair chance in life for all, particularly those who experience disadvantage and discrimination. As a community we are extremely proud of Eddie for many reasons, her incredible drive is an inspiration to our pupils, as is her determination to be exactly who she wants to be. All