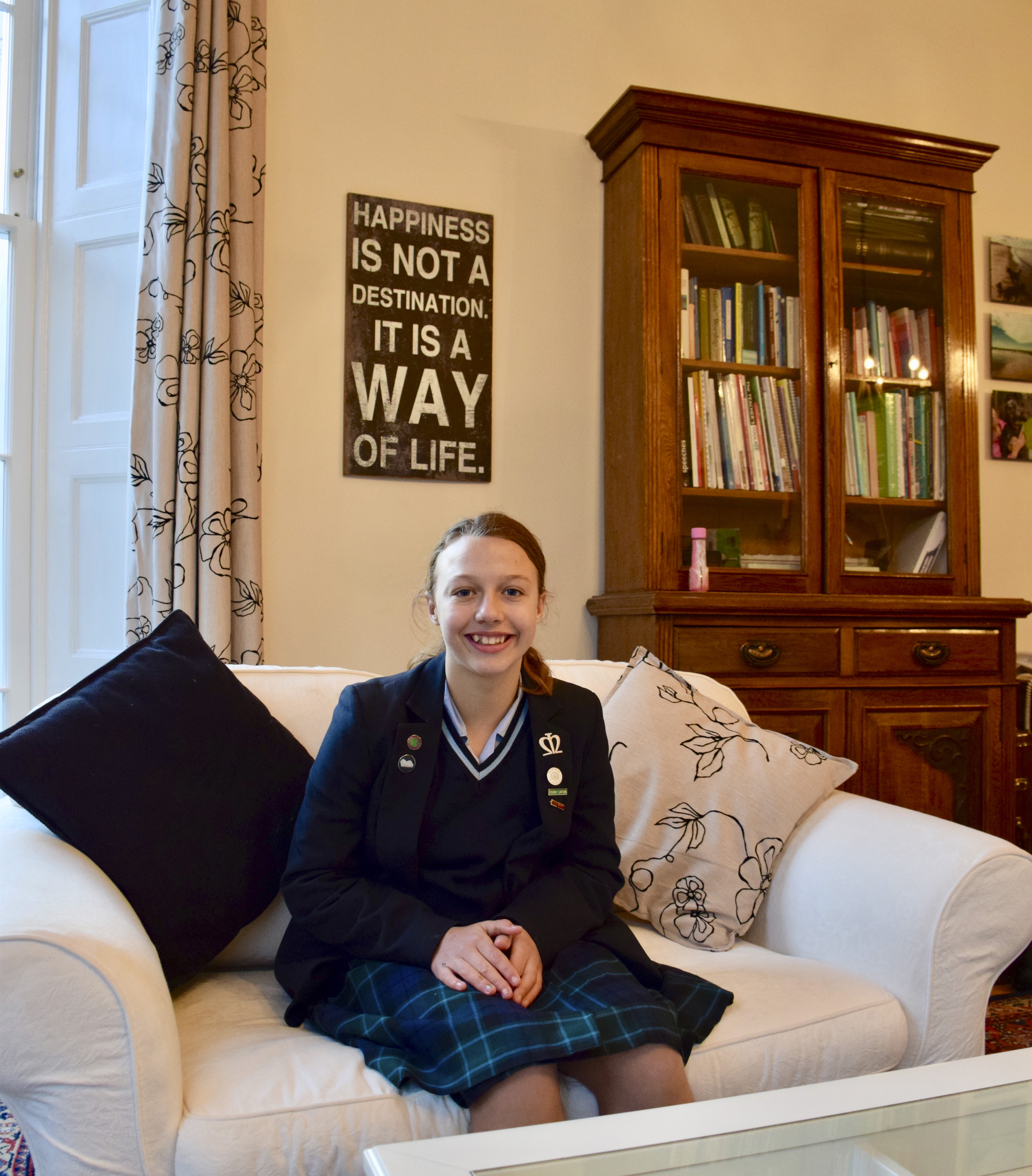 Manor House School tell us about one of their promising pupils

Lola Fellows joined Manor House School as a Sports and Art Scholar in Year 7, and threw herself immediately into all that senior school life offers. Now in Year 8, she competes in hockey, football, cross country, athletics and tennis, representing both her school and a number of external clubs including Downswood LTC and the Wimbledon Junior Tennis Initiative.

Both Mr Jones (Head of Modern Foreign Languages and Lola’s form tutor last year) and Mrs Hannah Tauber (Head of Sport) speak of her “strong presence and natural confidence,” before going on to say, “Lola is very well liked and has quickly become a role model in her year.” Thanks to its smaller size, Manor House girls have access to a broad range of opportunities and a ‘have a go’ attitude is strongly encouraged. “Everyone can take part and try them out. Not just all the various sports but also art, music and drama.”

Reflecting on her achievements so far, Lola shares, “I am very proud that I was recently accepted into the Surrey U13 Hockey squad. I won my tennis club’s U14 tournament this year and I was made captain of the Manor House Hockey team.” Lola was also made hockey captain, which offers the opportunity to further develop her leadership skills, and represented the Wimbledon Junior Tennis Initiative at the King Richard film premiere in London, meeting the cast which included Will Smith.

Lola’s academic studies are also very strong. Thinking beyond her school years, Lola shares, “I would love to become a professional sportsperson and later a sports psychologist or a PE teacher (maybe I will come back to work at Manor House one day)! I also care very deeply about the environment and the impact we are having on it.”