What is an Academy? 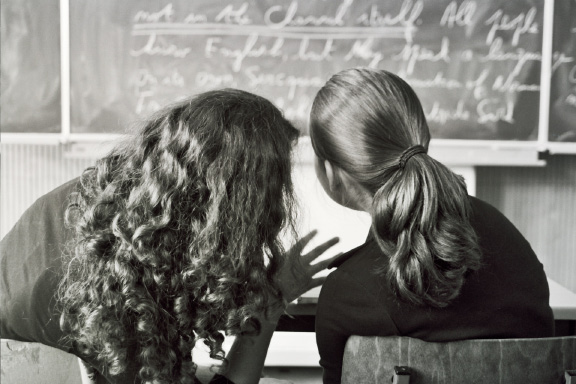 It is relatively rare that a policy of one government is so enthusiastically embraced by its successor as has been that of academy schools. Launched by the Blair government in 2000, academy schools are now the apple of Mr Gove’s eye, defended and promoted with almost evangelical zeal.

In a bid to tackle the high number of poorly performing schools, Labour had already established a Fresh Start scheme in which the weakest schools were closed and then re-opened under new management. This was not an unequivocal success and, in May 2000, Education Secretary David Blunkett said the Government had decided “a more radical approach” was needed and “substantial resources” would now be provided for the establishment of city academies.

The Government believed the experience of specialist schools and education action zones had shown that schools could benefit from involvement with non-government partners. Business, the churches and the voluntary sector were all potential sponsors and partners for the new city academies. The prefix ‘City’ was later removed in order to enable schools in non-city areas to join the programme.

The aim was to create publicly-funded schools which would operate independently of local authorities within a framework designed to promote innovation, raise school standards and increase levels of student achievement.

There are now two types of academies – sponsored academies and converter academies. Sponsored academies are usually set up to replace under-performing schools with the aim of improving educational standards and raising the aspirations of, and career prospects for, pupils from all backgrounds.

The academies programme has continued apace under the Coalition and now there are some 3,500 academies around the country with many more in the pipeline. Currently nearly three quarters of Kent secondary schools and one in six primary schools are now academies…

Sponsors are responsible for establishing the Academy trust, the governing body and the appointment of the head teacher. They come from a wide variety of backgrounds including businesses, faith communities, universities and individual philanthropists. Outstanding schools and academies may now also become sponsors themselves in order to help less able schools to improve. The input of these schools is particularly valuable as they are able to provide underperforming schools with the benefit of their own experience and spread ‘best practice’.

Converter academies are successful schools that have chosen to convert to academies in order to benefit from the increased autonomy academy status brings. They were introduced in 2010 as part of the Coalition Government’s plan to broaden the academy programme and eventually enable all schools to become academies.

Examples of both can be found in the Wealden Times’ home town of Cranbrook. Angley School was underperforming and is now – as The High Weald Academy – benefiting from its membership of the Brook Learning Trust that also has beneath its umbrella the successful Hayesbrook Academy in Tonbridge. Cranbook meanwhile is a converter academy whose primary reason for conversion was to protect the funding of its sixth form.

The academies programme has continued apace under the Coalition and now there are some 3,500 academies around the country with many more in the pipeline. Currently nearly three quarters of Kent secondary schools and one in six primary schools are academies.

In principle, the academy concept would appear to be sound as witnessed by its large body of cross party support and the take up by schools both underperforming and successful. But it does have vociferous critics who claim that academies cream off the best students and so create a two-tier system and are, in any case, a move to back-door privatisation of the educational system. The first objection as far as the Weald is concerned is irrelevant as, with the existence of grammar schools, a two-tier system is already in place and the second is, at this stage, pure speculation.

A more serious objection is in the choice, nature and role of sponsors. The programme of creating academies has also been heavily criticised by some for handing schools to private sector entrepreneurs who in many cases have no experience of the education sector. Another fear is sponsorship by religious groups, not only by Islamic extremists but also Britain’s fast-growing Christian fundamentalists, both with their own radical agendas.

However, for most parents, the proof of the pudding is in the academic experience and results. Do academies deliver?

Much of the academic research done so far has tended to show positive results, including a counter-intuitive effect where schools that were geographically close to successful academies saw their results improve as well, even though the academies tended to poach the ‘best’ pupils in the area. What we still don’t know is whether the improvements will continue in the long term and whether they will be felt in academies that were already academically successful.

As the House of Commons Public Accounts Committee has noted, there’s no way of knowing whether an academy’s success can be attributed to its new-found autonomy as opposed to other aspects of the school’s change of status.

“Any school that acquires a new building, a new head teacher and many new staff is likely to improve its pupils’ levels of attainment,” it said. “Such changes can lead to an improvement in morale and behaviour that makes a school almost unrecognisable as the predecessor school, though many of the pupils are the same.

“It is therefore difficult to assess how far improvements in results in academies derive from the Academies programme itself and the features that make academies different from other schools.”

And, quite honestly, from a parent’s perspective, is it really important what drove the changes so long as those changes are positive and result in a better overall education for their children?