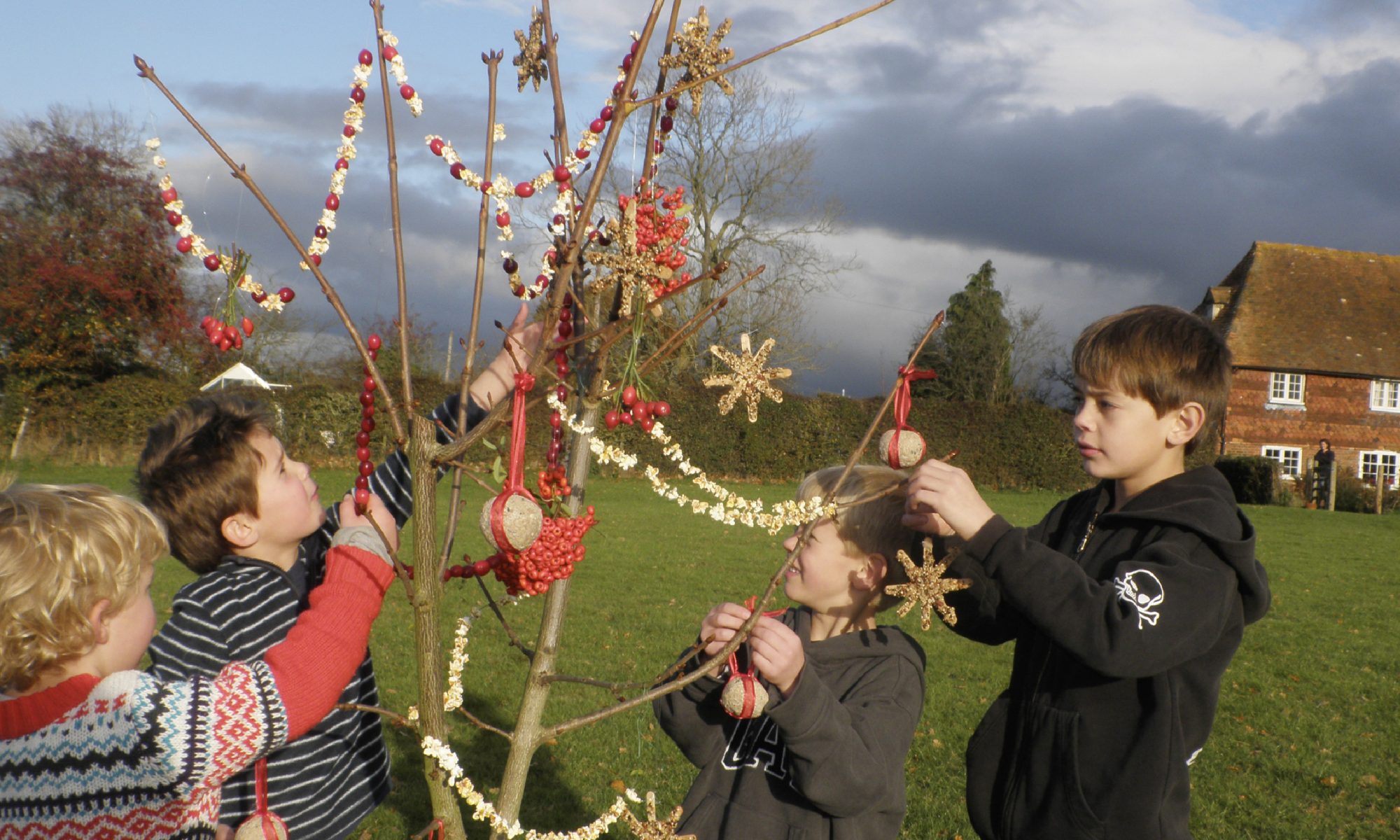 When even the dog won’t go outside willingly, it can be hard to get the children into the garden, away from screens and inactive play. I’ve tried frightening mine on a health level – “Fresh air is good for you. Indoors is full of germs, they’re waiting on every surface, even the door handles.” They eye me suspiciously, then shrug and carry on sitting there. If they claim it’s too cold, I go for – “there’s no such thing as bad weather, only inappropriate clothing…” which causes instant eye-rolling. I don’t think children feel the cold like us anyway, and I remind them that they have been known to rush out when it’s really freezing – if there’s snow on the ground. I’m no child psychologist, but if you want to get the little darlings outside, you may have to lure them. It’s time for the mother of invention – or the father, aunt – whoever’s intrepid enough to do the enticing – to think up ways of making it fun out there.

An ice picnic in the garden at teatime (or a late lunch at this time of the year, as it seems to get dark around then) is a fun and different thing to do. Dusk is magical in winter, especially on clear days and if you can use outdoor fairy lights or lanterns. We make frozen fish finger sandwiches (well, warm cooked ones, but it almost fits the theme), iced snowflake biscuits and – this is a real winner, even though it sounds odd – hot chocolate ice cream floats (an interesting combo of hot chocolate with a dollop of vanilla ice cream on top). It’s not the healthiest of teas, granted – the healthy bit is being outside.

To be out in the dark is one of the most exciting things for children to do – they see it from the windows of cars and houses but they aren’t often out in it for long. And the best bit about being out in the dark when you’re a child is to be in control of the source of light. Whoever thought of light-up trainers was a genius (but remember not to buy them in the summer, or the effect is lost – or bedtime gets extended). Torches are great, as are glow sticks – anything that isn’t a naked flame or gets too hot. If your children are older, or you can supervise, you can make magical ice lanterns – out of snow, by making a large snowball and hollowing it out, then putting a candle inside it, or do this brilliant DIY version in your freezer by filling a suitable vessel (we use the bottom of 4 litre milk cartons and liquitab washing containers) with water and then placing a tall tumbler (you will have to weight it down to stop it lolling about) in the centre of the container and putting it in the freezer. Once frozen, prise the tumbler (plastic ones are easiest, glass sticks and could break) out of the centre of the ice and place a tea light in the hole. Make lots to line a path/dot around.

We love the birds in our garden and because I’m busy stripping the hedgerows of berries and robbing the poor things at a time when food is scarce (now I’m feeling really mean) to make festive decorations, we’ve decided to make an edible tree for the birds. You can use any tree to do this and a branch would do just as well, or you can ‘make’ a tree in a pot using branching sticks. Then position it where it can be viewed from inside. Thread cranberries, raisins and popcorn (stale popcorn is easier to thread than fresh – and less tempting for the threaders) onto strong cotton or fishing wire to make garlands. Make or buy fat balls (suet mixed with birdseed) and hang them with ribbon as edible ‘baubles’. (I sing “Deck the boughs with balls of suet” to a well known Christmas tune while we do this and get more eye-rolling and a chorus of “Shut up, Mum!” If you have any lolly sticks (craft shops sell them cheaply if you’re not in the mood for ice lollies in December – they make great plant labels too) you can glue these into star shapes, spread with smooth peanut butter (crunchy is surprisingly hard to spread onto lolly sticks) and coat by dipping into birdseed. Pine cones work just as well coated in the same mixture and hung on the tree.

You could always go on a winter walk and gather rosehips and seasonal berries – to tie into clusters and hang on the tree (bird or Christmas one). Only don’t say, “let’s go for a walk” to any children present, or they’ll moan and groan and refuse to come. If the word ‘walk’ is not even whispered and replaced with ‘find’ or ‘collect’ then suddenly it’s not a walk, but a quest. They can collect other things to make decorations with too, like foliage, seed-heads and interesting twigs (just watch out for anything sharp or poisonous). Most evergreens are suitable to bring into the house. Try spotted laurel (Aucuba japonica) – use as a base for a wreath, or to line a plain bowl piled with clementines). Variegated ivy and conifer foliage make a change from holly. It’s a very traditional thing to do – people used to bring in evergreens to keep alive the essence of warmer days, as symbols of immortality and even hibernation places for woodland spirits (some of us are keener on having those in the house than others). The gathering process can take hours and hours and can be cunningly spread out over several expeditions, or better still, they may start finding things in the garden by themselves to use and, provided you don’t mind having a real Yule log, or a gorgeous collection of sticks and stones and old leaves on the mantelpiece, it’s a lovely way to involve them with the preparations. On a more spiritual level (especially if you lecture on about it, as I do at every opportunity), it also helps to show children that you don’t always have to buy Christmas.

I find that I really notice it if I haven’t been outside during the day. I start feeling sluggish and fed up and I’m sure it has a similar effect on children. There is such a thing as light deprivation – the amount of daylight we directly experience affects the levels of serotonin, which can drop considerably if natural light levels are low. This can cause depression, suppress our immune system and affect our appetite and metabolism – so called SAD syndrome (Seasonal Affective Disorder). So it’s vital to try to get everyone outside as much as possible. This month can be full of tensions and too much indoor activity, as it is. The good news is that after the winter solstice on 21st December, the light begins to creep back into our lives, as the sun starts setting two minutes later every day after the shortest one. Not long to go now. And remember, it’s not cold, we’re just inappropriately – sorry, have I already said that? Go on, out you go and don’t come back in until teatime. 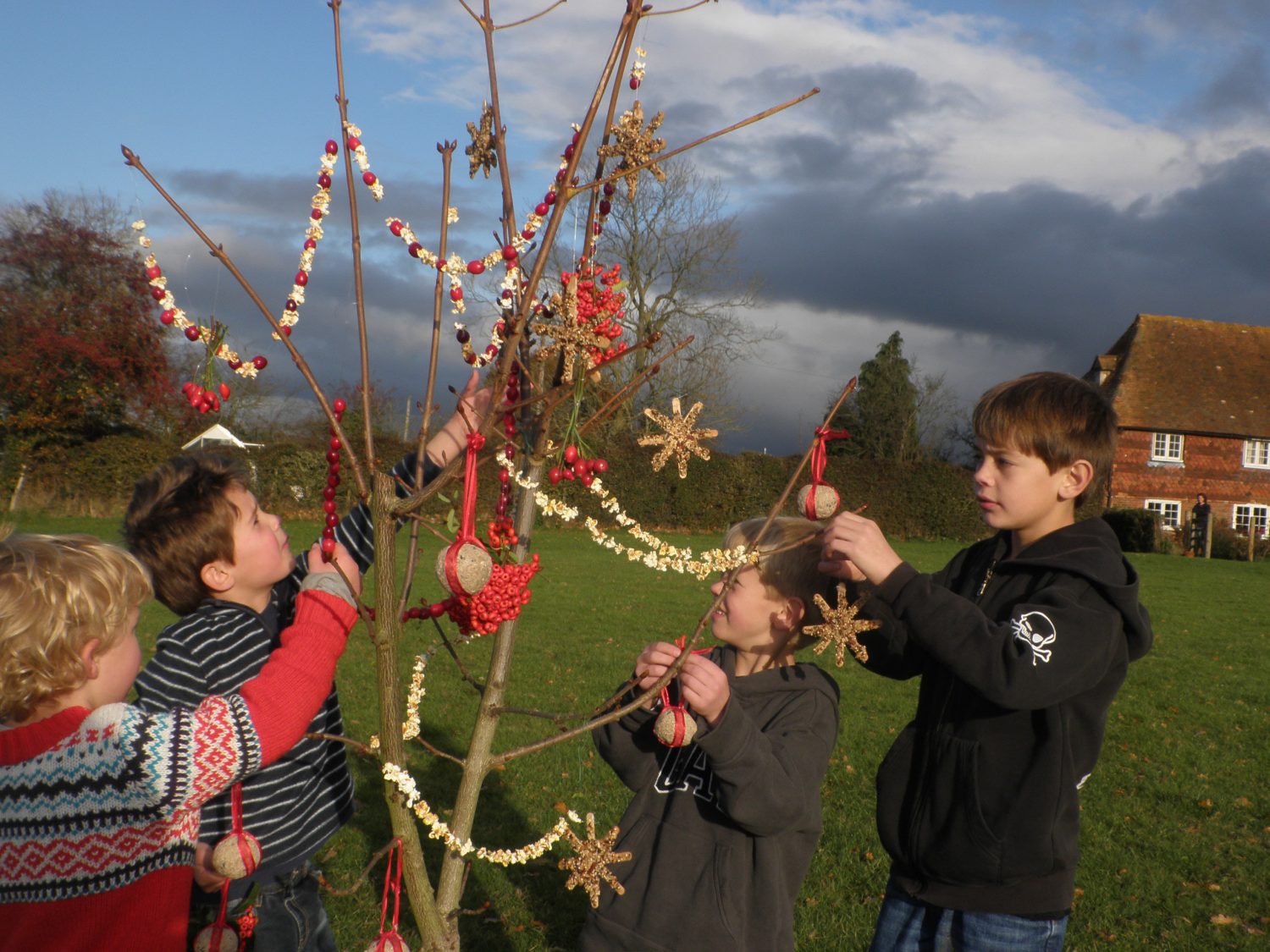 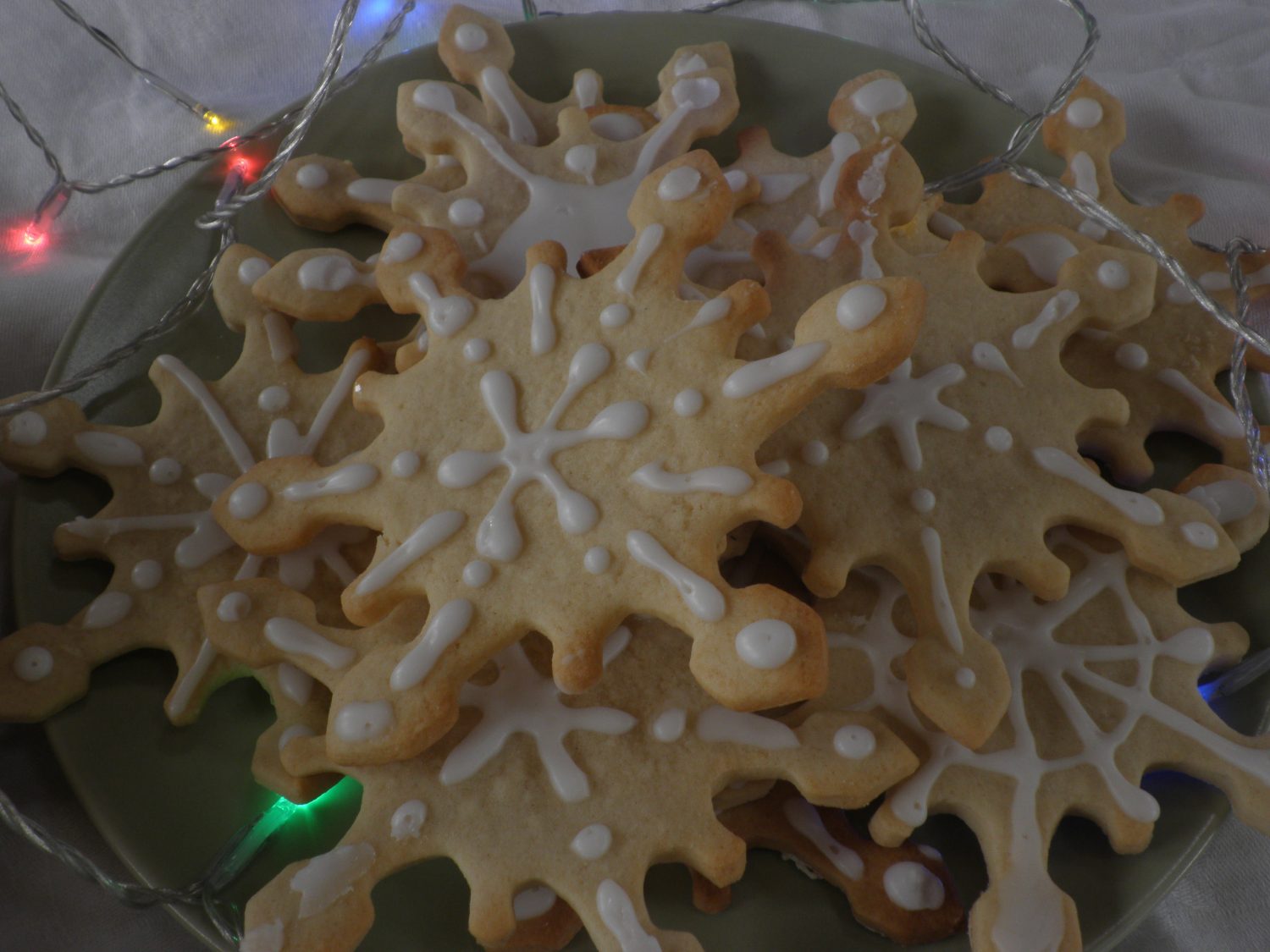 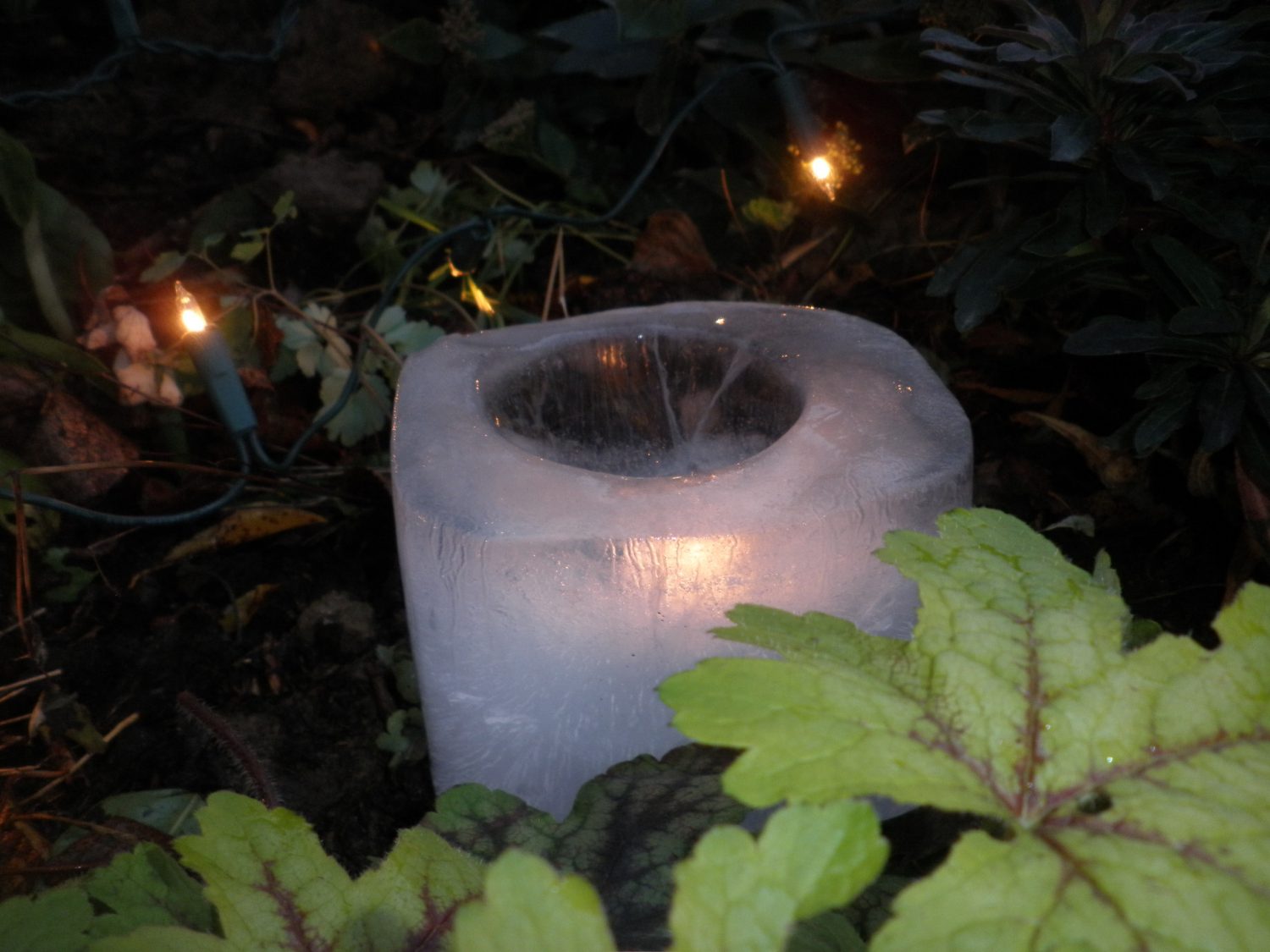 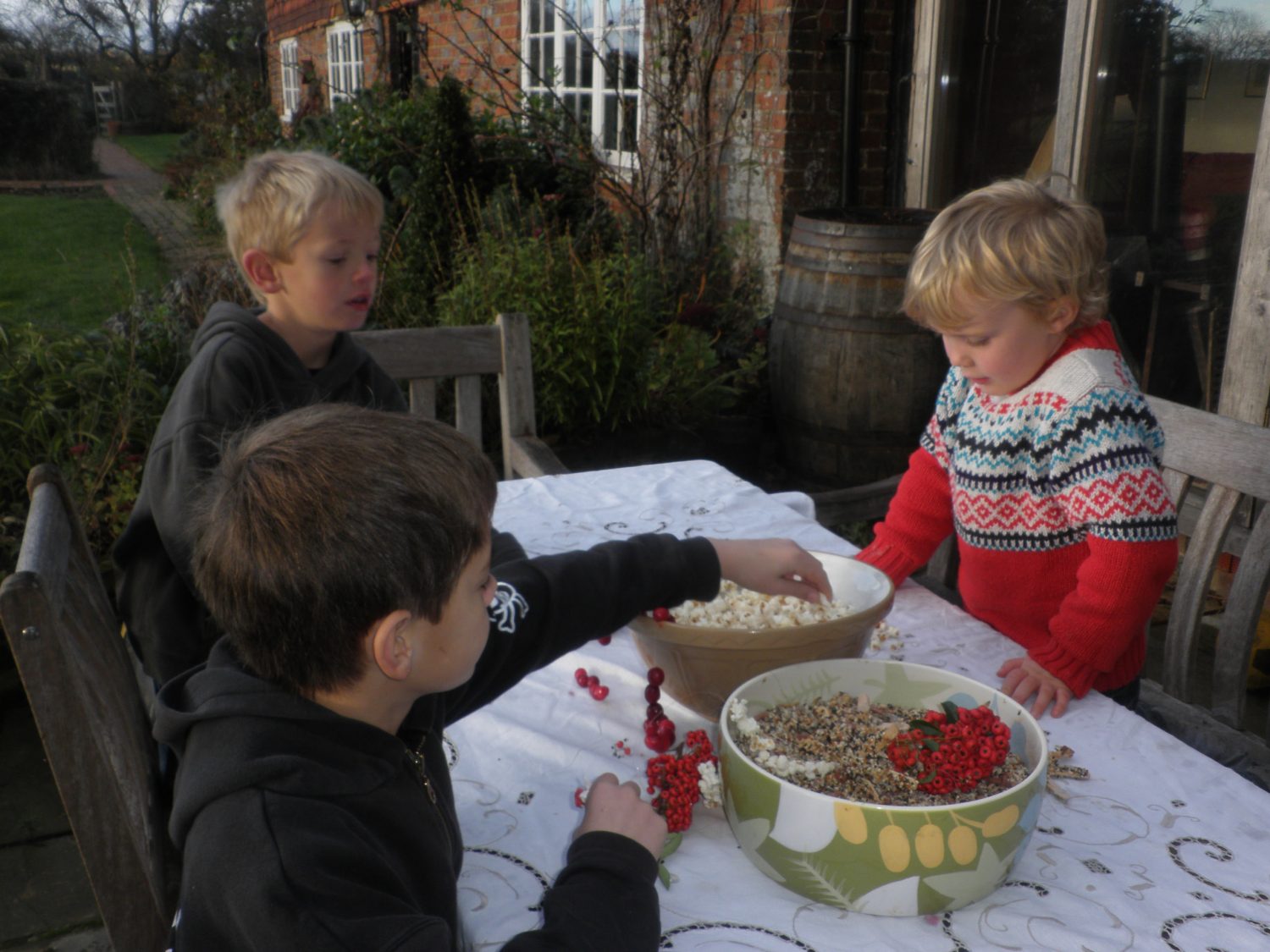 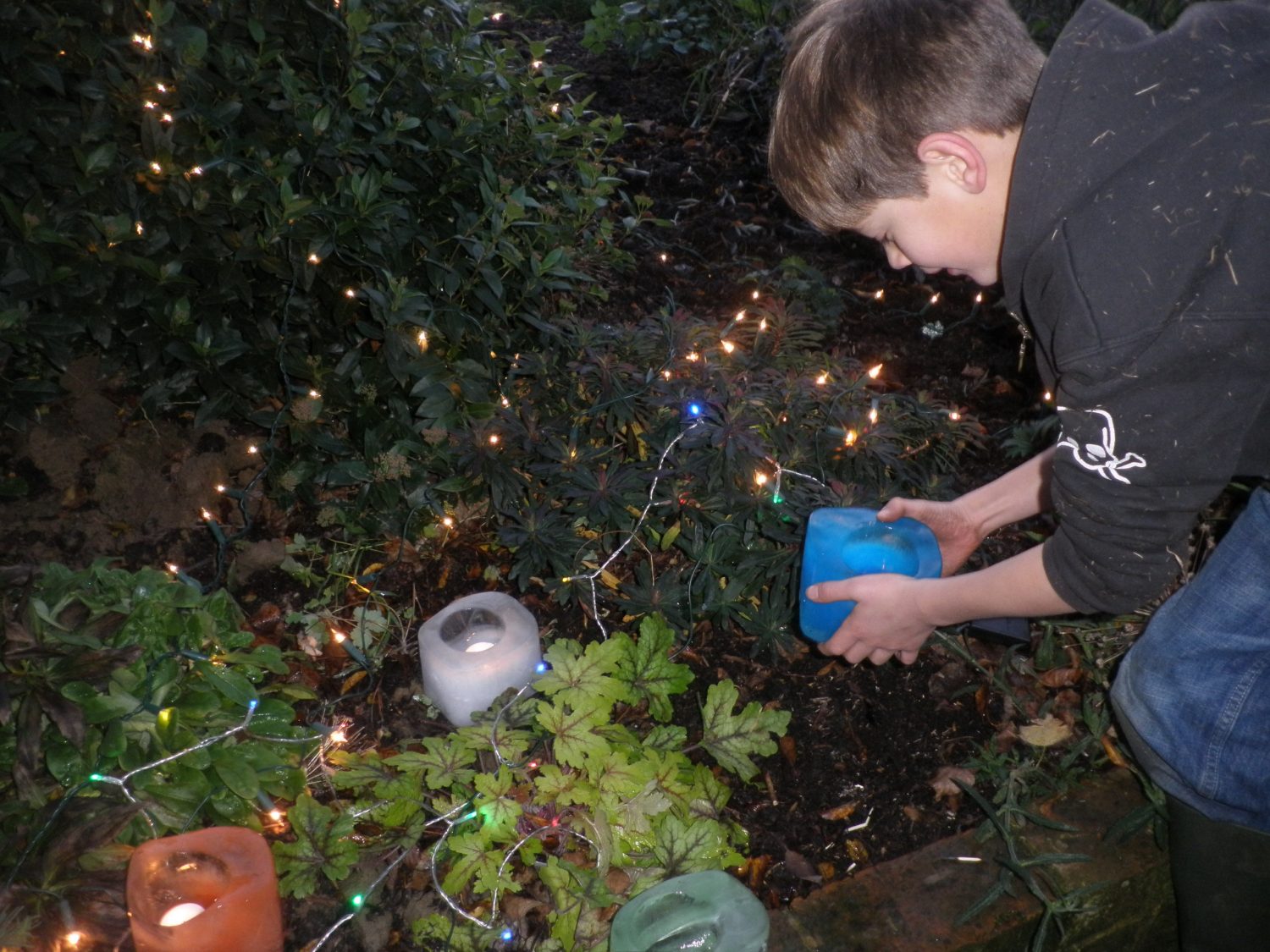 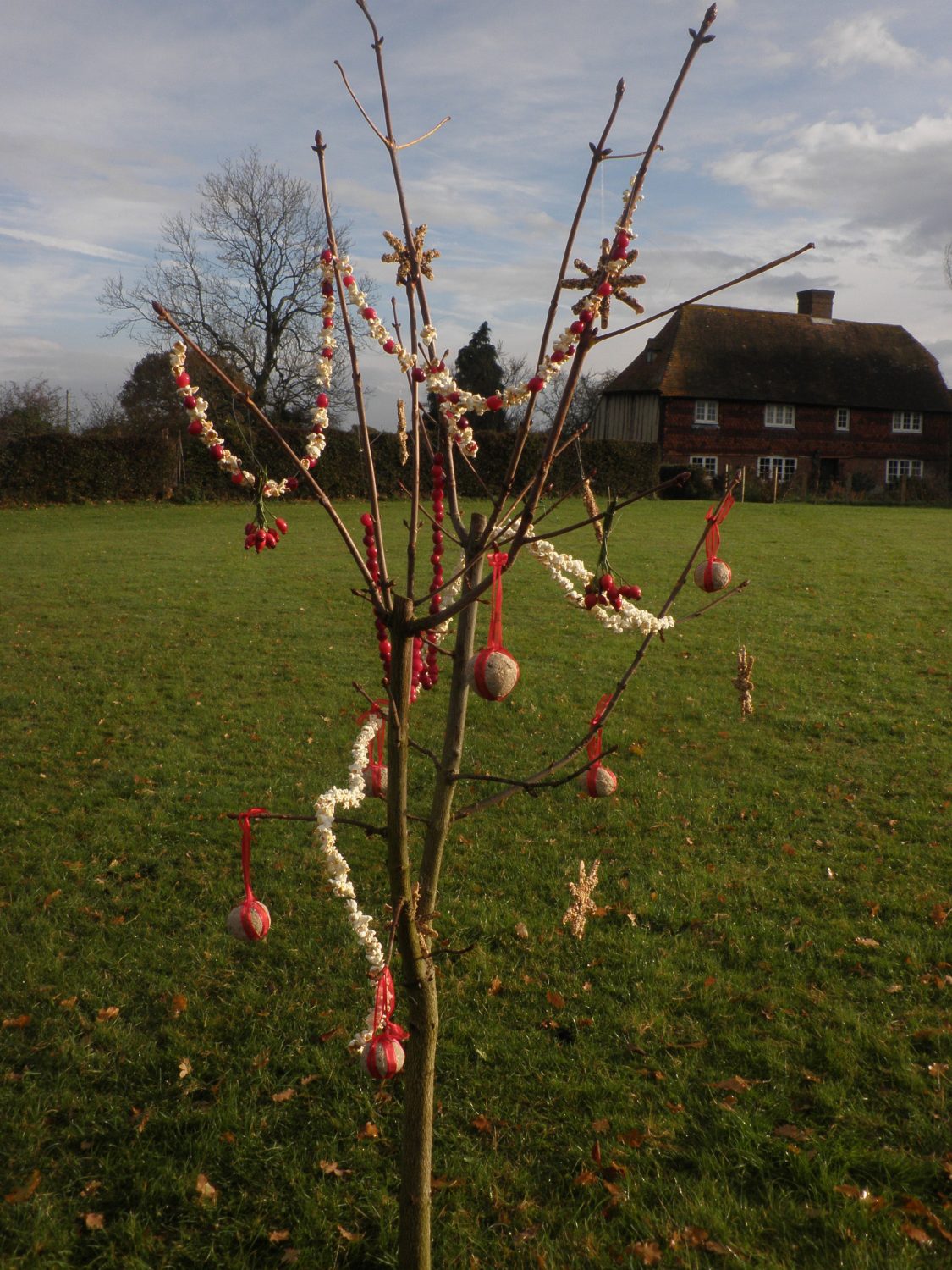 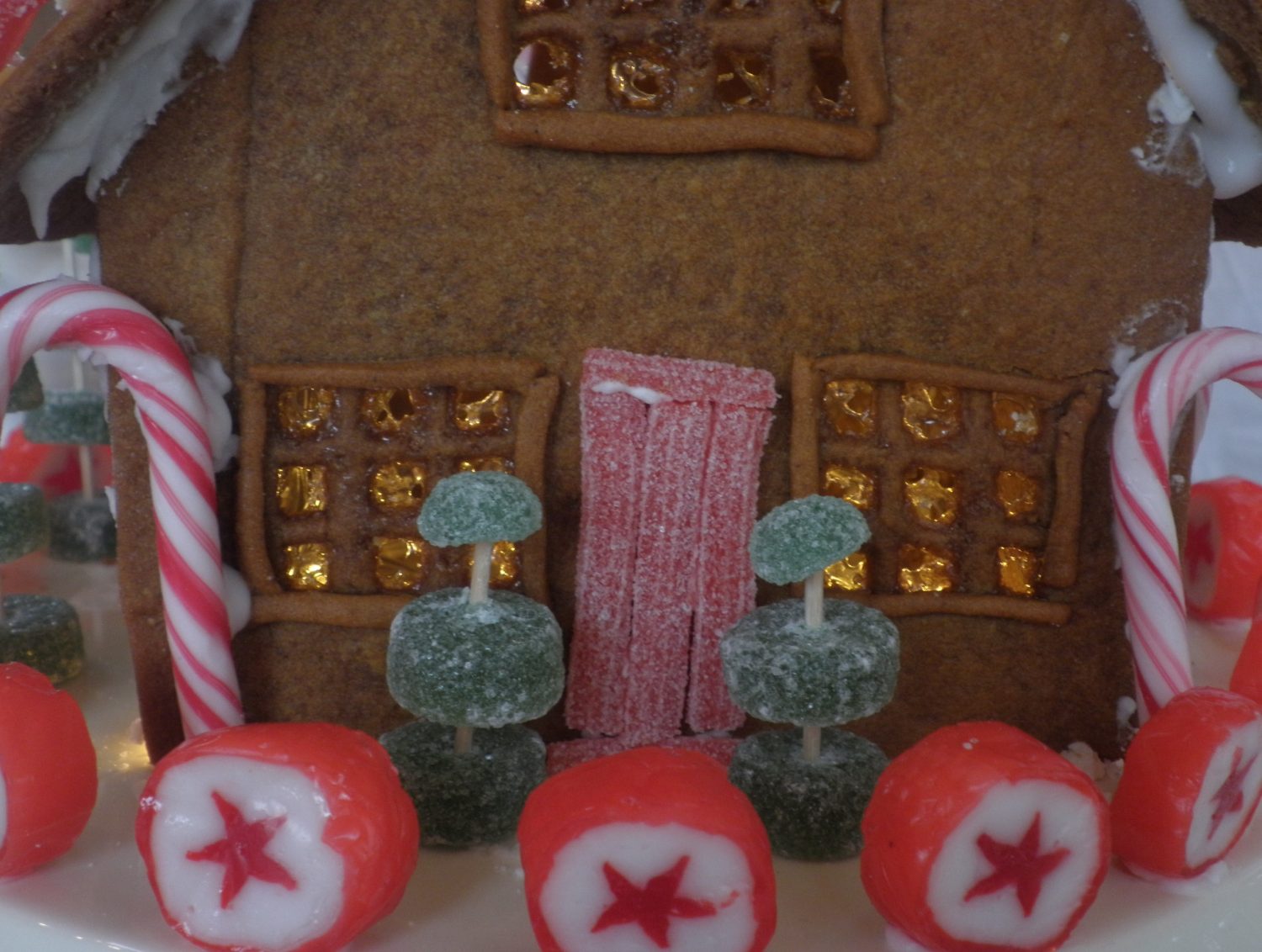 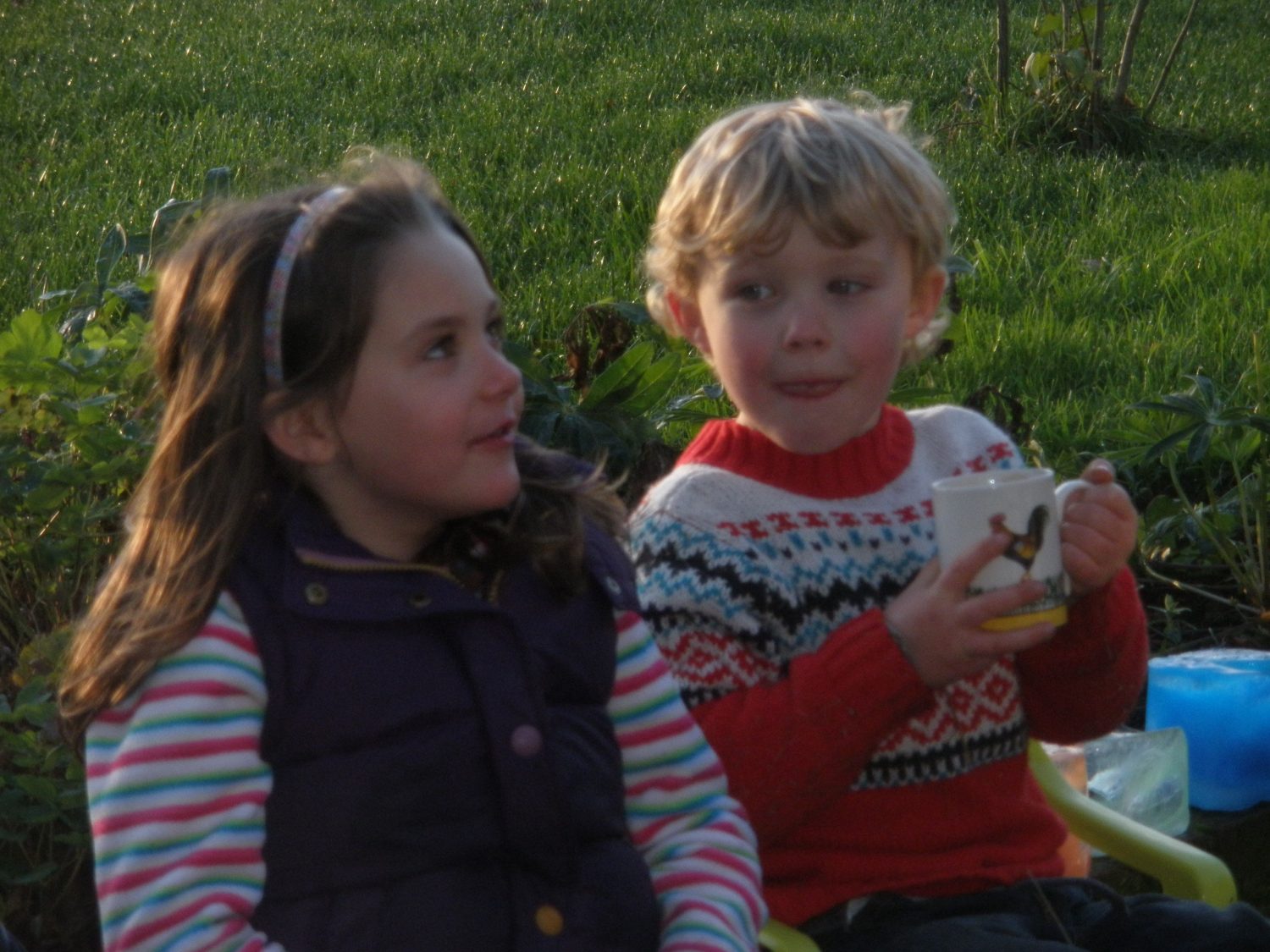 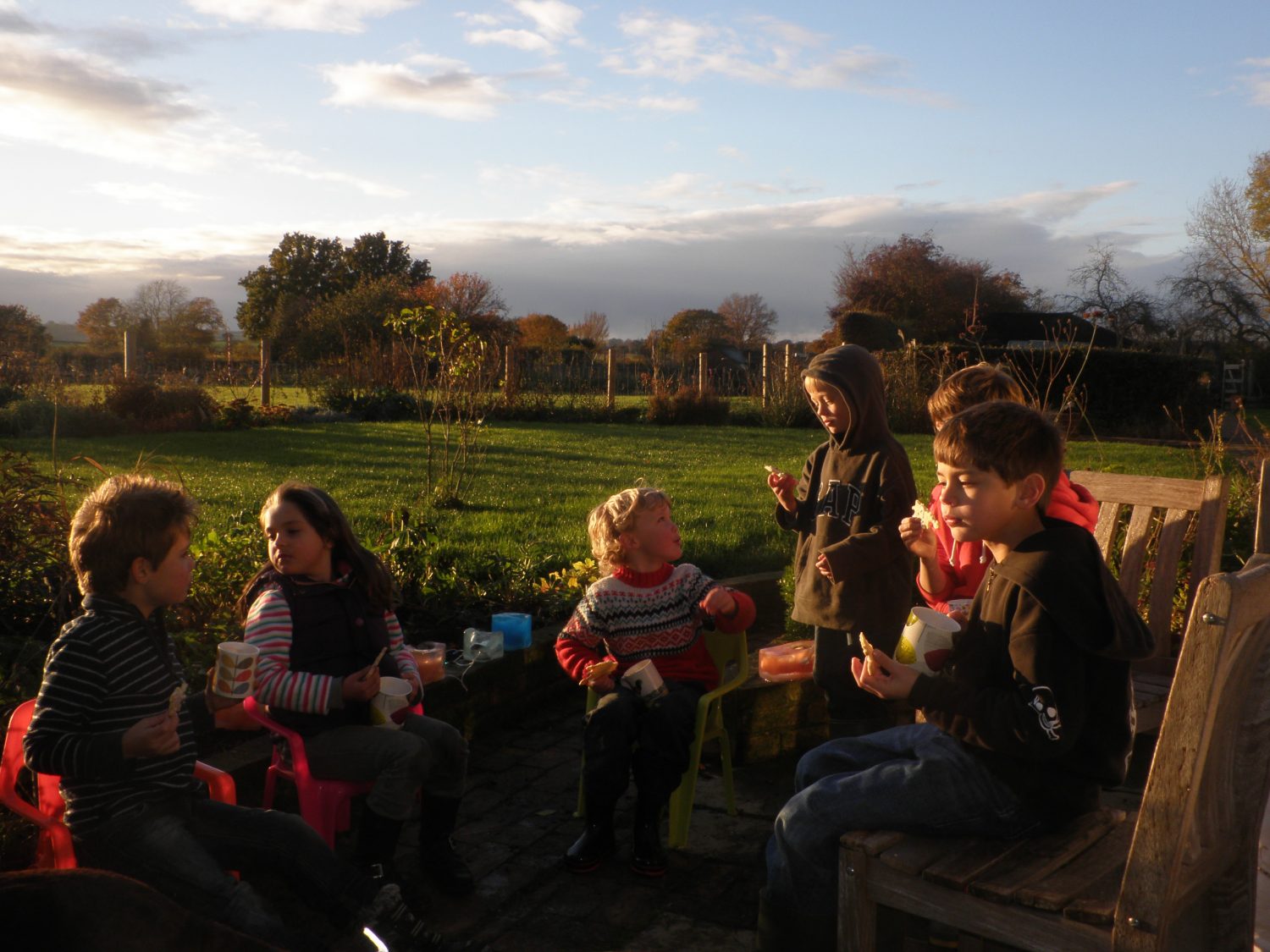 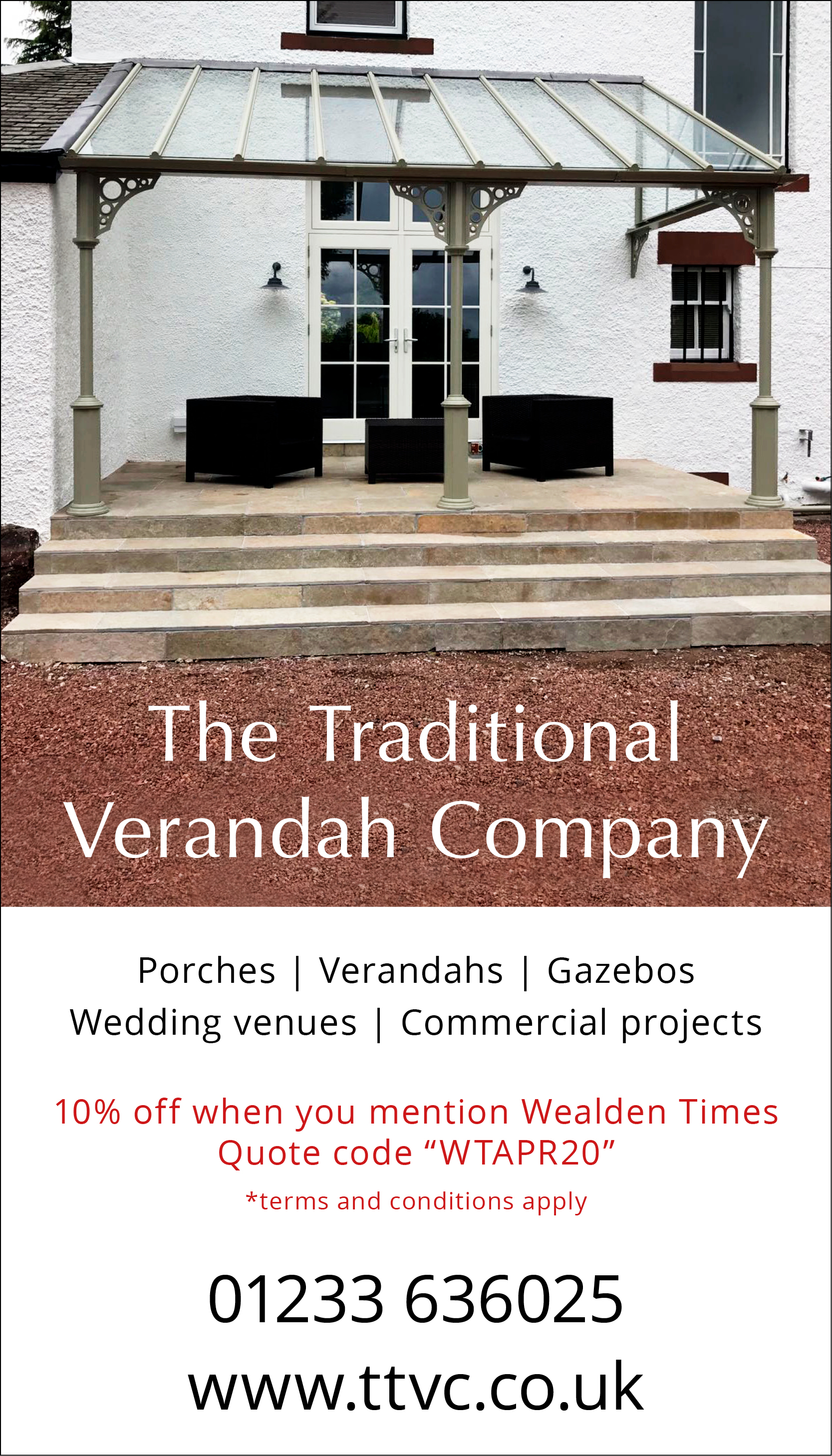