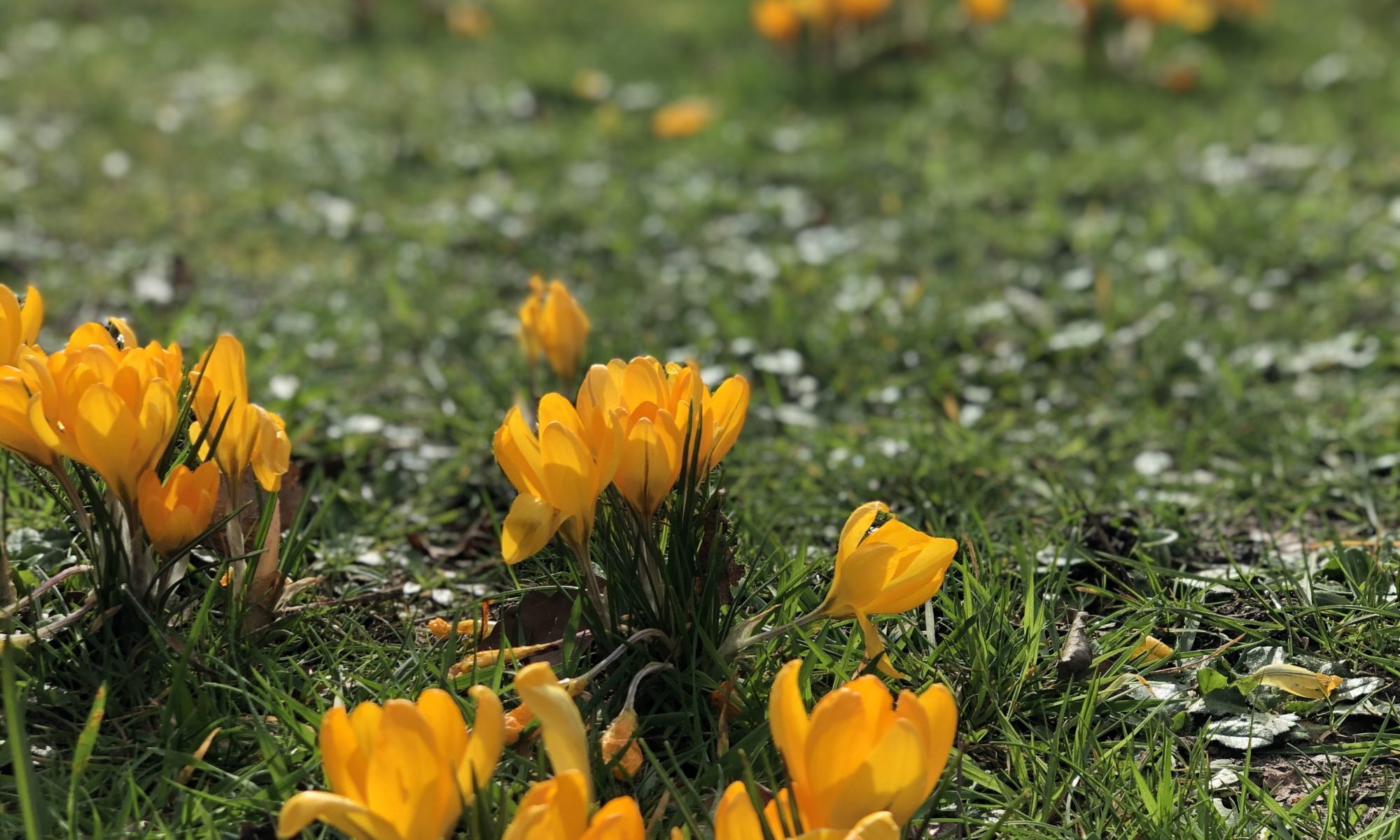 Jo Arnell recommends jobs to get ahead with in the garden this month, and those to leave for the onset of warmer weather

If you’re an early bird and in the habit of catching worms, February might not be the best time to pursue them. The weather can be at its coldest this month, which tends to send worms deeper underground, although surface dwelling earthworms can make their own anti-freeze by concentrating blood sugar – a useful trick and one that I try to replicate by eating lots of cake. But amid the bleak cold days there are odd warm moments – sometimes even a tiny false spring, which I’m always caught out by – rushing to sow seeds and plant things in borders, only to watch the frosts return and freeze me into submission. It does not pay to be too eager, but there are some jobs that we can do now and preparations we can make for when spring proper arrives.

Make plans for new borders, containers – and the veg patch.

Everything is possible. There’s still plenty of time to dream up new planting schemes, to colour co-ordinate containers, to plan and plot cut flower mixes and to choose some edibles to grow. It is absorbing stuff working out what will grow where, how well, how fast and with which other plants as companions. Even if it all goes pear- plum- or even caterpillar-shaped, you will have learned a lot in the process, so please don’t be put off when your perfect plans are thwarted by the vagaries of the weather and the dastardly plotting of the universe in general. It is all part of the rich (and annoying) garden tapestry.

It’s a good idea to order summer bulbs and tubers early, as popular varieties of dahlias and other summer plants (agapanthus, cannas, lilies and peonies) can sell out fairly quickly. Pot these up once they arrive, but don’t plant tender types directly outside until the danger of frost has passed.

Bulbs ‘in the green’ can also be purchased now. This is a useful way of growing snowdrops, aconites and bluebells, which are prone to drying out if planted as bulbs in the autumn. They need to be planted out as soon as you receive them and will flower during the following winter and spring.

Seeds can be bought as early as you like, but few want to germinate in the cold dark days of winter. By February you can sow some, especially seeds of vegetable plants that take a long time to grow and ripen – like tomatoes, chillies and peppers. Germinate these tender babies with a little bottom warmth from a heated propagator, or place on a warm windowsill (out of direct scorching sunlight). Remember that they will not want to go outside until the warm spring days (in fact most prefer to stay in a greenhouse or polytunnel all season long). They will need potting on into bigger containers a couple of times, so make sure that you have enough space in the warmth and light to accommodate them as they grow.

Toughies like leeks, spinach, kale, broad beans and early peas can also be started off now, but – depending on variety, as some are hardier than others, they may need to be sown under cover. The most rugged will be boasting with names like ‘Pioneer’ or ‘Gladiator’, but check the back of the seed packets for direct sowing guidance.

I used to sow tender annuals – cosmos, antirrhinums and exotic (but easy to grow) climbers like Ipomoea (Spanish Flag and Morning Glory), Thunbergia (Black-eyed Susan) – really early, because I’m impatient, but always ran out of room, and in the case of the climbers, into a tangled mess. So I try to hold back until March for these now – and sometimes even do a second direct sowing of cosmos in mid April. The exception is Cobea scandens (the Cup and Saucer plant), because it can take until October to bother itself with blooming, so the earlier you start with this one, the more likely you will see it flowering before the frosts.

Bare roots – woody plants that are still in winter dormancy, can be planted until the middle of March, but the earlier you plant them, the more time they will have to put down roots and get established before the pressure is on them to sprout leaves and grow. Buying and planting trees, woody shrubs and hedging plants is cost-effective – you are usually buying direct from the nursery and not having to pay for potting into containers. Before the advent of plastic pots and garden centres this was more or less the only way to obtain new plants. Do not plant if the ground is too frozen or waterlogged. Bare rooted trees and shrubs can be left in their wrappings for a few days until conditions improve.

This is the ideal moment to prune roses (climbers too, although ramblers and climbers are best pruned in the autumn). Roses, despite looking delicate, are tough as old boots and grow vigorously. You can prune them hard – keep in mind a goblet shape for the eventual look of the plant and cut to an outward facing bud (there never seems to be one when you need one though, so don’t worry too much – just make sure new growth doesn’t point into the middle – the idea is to get air flowing around the plant). This way you will maintain healthy growth and nice big blooms.

Later flowering shrubs are pruned now too. This is because they will flower at the end of the summer on this season’s growth – and explains why so many old buddleias only flower right up high and often out of sight. It makes no difference to the butterflies, but the flowers look and smell very pretty, so prune the whole shrub down to at least waist height (go as low as you dare) and you’ll be able to watch the butterflies and smell the blossom without having to climb a ladder.

If they haven’t been trimmed already, deciduous, non-flowering hedges can be pruned. Nice dense hedges are a favourite place for birds to raise their broods, so it’s important to cut hedges well before the nesting season starts.

Although the days are getting lighter and spring is almost in sight, this can be the coldest – and the hungriest time of the year for wild creatures. The plentiful autumn harvests of nuts, seeds and berries are a distant memory (or foraged gratefully from bird tables) and there are few fresh spring buds, shoots and insects for them to eat. We can help overwintering or early emerging insects – and those tricked out of hibernation when we have a few warm days, by growing nectar rich perennials like hellebores, bulbs like snowdrops, aconites and crocuses and winter flowering shrubs. I leave annual weeds like chickweed alone at this time of the year too – after all, weeds are just wildflowers in unfashionable clothing and they provide vital nutrients for native species. Such a good excuse for not weeding too.

You will know your limitations in terms of what is possible in the coming seasons. Or, if finances, life events – including, in my case, my own bad judgement of available time – thrust limitations upon you, it also pays to know where you can cut corners, how you can save time and money and where you can compromise. If you haven’t even started to think about the garden yet, just obtain a big bag of mulch (the bigger the better) – apply it liberally and you’ll be off to a flying start.

Join Jo for The Year Round Gardening Course in her garden in Woodchurch, Kent 07923 969634 hornbrookmanor.co.uk