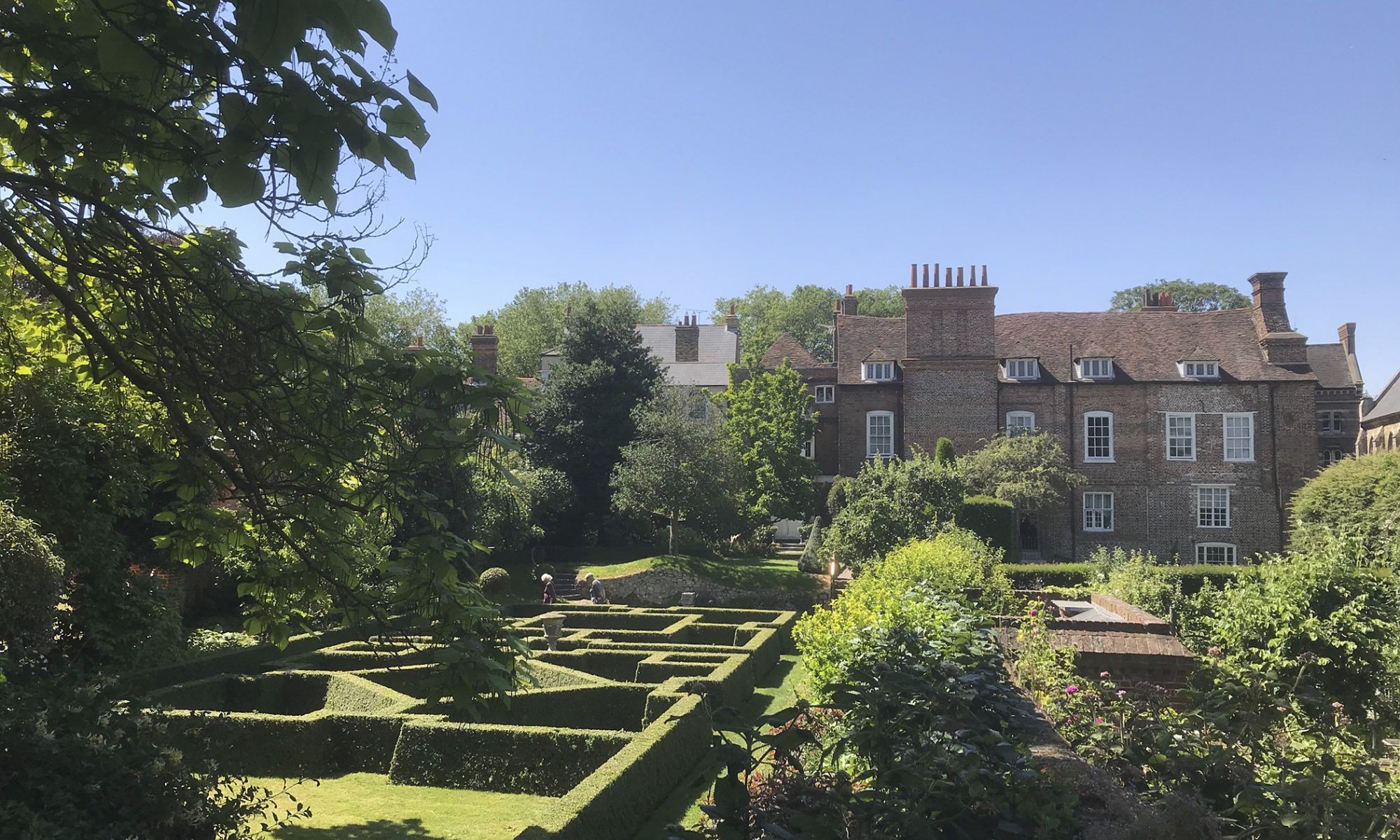 If you’re planning a garden visit or two this year, then be sure to explore the wealth of horticultural delights the South East offers, as recommended by Sue Whigham

Kent Gardens Trust is affiliated to The Gardens Trust and was set up in l988. It’s a charity that promotes the county’s garden heritage by encouraging people to get involved with its fabulous parks and gardens – by recording an ‘outstanding legacy’, and by being part of the planning process to protect such sites from falling victim to inappropriate development and perhaps being built over.

The Trust has an active calendar of visits to gardens in both Kent and neighbouring counties, some of which otherwise might not be open to the public. As well as visits they have a comprehensive programme of lectures and study days on all manner of historic garden and garden related subjects. And amongst the more than a hundred publications the Trust has researched and written, are included one on Capability Brown’s extensive schemes in the county and also one on those of his self-proclaimed successor, Sir Humphry Repton. Both men and their achievements are fascinating subjects for study.

The Trust’s Spring lecture by Ann Treneman – columnist for The Times amongst other things – will unfortunately have just taken place by the time our May issue comes out but her dissertation, as part of her MA in Landscape Architecture at the University of Sheffield examined ‘natural and designed’ superblooms and this is the subject of her lecture for the KGT. The theme of Ann Treneman’s lecture is whether natural phenomenon such as the superblooms of California can be reproduced successfully or maybe equalled by manmade schemes.

Of course this ties in nicely with the project taking shape at the Tower of London for the celebration of the Queen’s Platinum Jubilee. By the end of April an astonishing twenty million seeds from twenty nine species will be sown in the moat of the Tower. The project is being organised by the Historic Royal Palaces with the horticultural element being overseen by Nigel Dunnett from the University of Sheffield. I worked for him at RHS Chelsea Flower Show some years ago as a ‘planter’ and he certainly can achieve miracles.

And whilst the thousands of ceramic poppies – 888,246 to be exact – that brought huge crowds to the Tower in 2014 for a moving WWI commemoration, this Jubilee celebration promises to be totally spectacular.

The plant mix has been described by Professor Dunnett as a ‘work of art’ as it is designed to flower for a good four months from June through to September. Hence the mix including plants such as the Californian poppy (Eschscholzia californica) and cornflowers (Centaurea cyanus) and later bloomers such as coneflowers and helianthus. It’s lovely to hear that schools and community projects are able to join in by planting out their own superbloom mixes being given out by the organisers at the Tower. It might be fun to try it out ourselves. Soil wise, choose the least fertile patch in your garden, or your window box for that matter. At the Tower thousands of tonnes of soil have been added but they’ve ensured success, we hope, by ensuring its low fertility.

Past events in the KGT calendar have included a visit to the World Garden at Lullingstone and guided tours to Margate where Dalby Gardens have been restored. But one of the most fascinating was to Restoration House in Rochester where the Trust was lucky enough to be shown round by one of the owners.

Restoration House is an amalgamation of two medieval buildings combined in the late 16th or early 17th century to create a mansion house just outside Rochester’s city wall. Described as a ‘jewel in Rochester’s crown’, the house was so named as Charles II, having returned to England via Dover, stayed there on the eve of his restoration to the English throne in May 1660. In the house some of the decorative scheme for the King’s visit has been discovered and conserved. It is also said to be the model for Satis House, Miss Haversham’s home in Dickens’ Great Expectations, Charles Dickens having spent his childhood in Rochester.

Some seven years later, Samuel Pepys, diarist extraordinaire, arrived for a visit to the house where he busied himself in the garden by ‘entering the cherry garden and here met with a young, plain, silly shopkeeper and his wife, a pretty young woman and I did kiss her’!

Both the house and the garden, in a run down state, were bought in 1994 by the current owners who took on the Herculean task of restoring both the property and its garden, now approximately two acres. And on the High Terrace there is a figure of Hercules by Matthew Darbyshire to remind them of the work they have achieved since buying the house and restoring both it and its gardens.

In 2007 they found that on the south side of the garden there was a plan for a housing development which took no heed of the historical aspects of the site and in the process of clearing the site, over thirteen metres of a 16th century brick and flint wall were demolished. The owners of Restoration House contacted English Heritage who had the wall Grade II listed within days and work was stopped and any further destruction. By the end of 2009 and after a battle royal through the courts the owners finally bought the land intended for development and incorporated it into the garden.

Now the walled gardens, built on different levels, reflect different stages of Restoration House’s history, with their immaculate lawns, yew hedges and topiary, wide borders, mature trees, and geometric parterre, modelled on a design the owners found on one of their Jacobean doors. They are kept beautifully by a dedicated team of one couple and a volunteer. There is a cutting garden which ensures fresh flower arrangements for the house, a melon house, glasshouses, a vinery, a hot garden for later in the season and a Renaissance-style water garden with statues and fountains. Water is sourced and recycled through a gravity feed system and water for the garden is provided by Restoration House’s two bore holes. The mature trees include a catalpa which may be a seedling from the ancient Rochester catalpa which grows close to the Cathedral.

Restoration House is open from 10am to 5pm every Thurs and Fri from 26th May to 30th Sept 2022. Also 12 noon until 5pm on Sat 4th June and 16th July. Check the website for info and opening times in case of any changes restorationhouse.co.uk

For membership details and information about events and the work that the Kent Gardens Trust does, go to their comprehensive website kentgardenstrust.org.uk