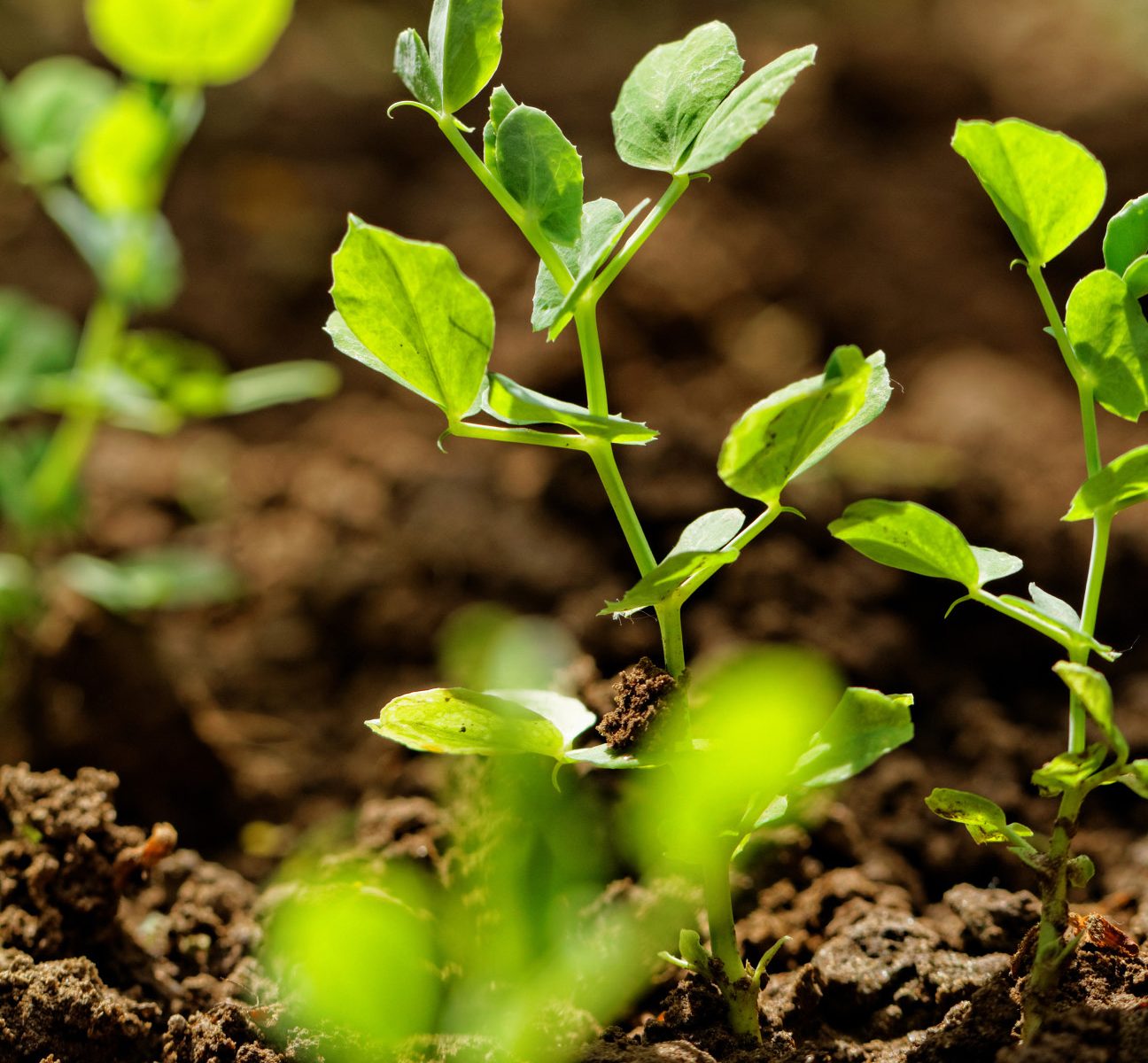 If you’re pacing up and down indoors like a caged, vegetable growing tiger, eager to get out and onto the plot, there’s a chink of good news, because the light is coming back and there are quite a few crops that you can be sowing now. If you have a windowsill (you don’t need a greenhouse, but they are very useful at this time of the year), your tiny seeds can be sown indoors and then planted out as seedlings in a few weeks’ time. Some of the bigger, tougher seeds will put up with being sown outdoors by the middle of February, if the ground’s not frozen. Yes, I know it’s fairly bleak and unwelcoming out there for anything but the most hardy vegetables, but let’s make a start.

How much you do outside will depend on conditions – if the soil’s wet you can do more harm than good, destroying the structure and causing compaction. Clay soils stay cold and wet for longer because they don’t drain well – adding some organic matter will help improve the texture and add nutrients. This is one of the few situations where sandy soils are an advantage, as they warm up more quickly than clay, but all soils will warm a little bit if covered with black or clear plastic sheeting. You can also use cloches to provide protection for young seedlings as they emerge, or are planted out from indoor sowings.

Broad beans… These are big, robust seeds that will withstand cold weather well and can be sown directly into the soil, preferably with some protection from a cloche. Germination may take a little longer at this time of the year, but eventually (just as you’ve given up hope) they will emerge and provide an early crop at the start of the summer. Good early varieties are ‘Aquadulce Claudia’, which is tall, prolific and hardy and ‘The Sutton’, equally hardy, but shorter and better suited to smaller plots.

Peas… Again these are good sized seeds and can be sown directly. I prefer to sow peas under cover and then plant out, because I live in a field full of mice and peas are their special favourite. Early varieties like ‘Feltham First’ can be sown now, ‘Meteor’ is good for cold, exposed sites and ‘Kelvedon Wonder’ is another good early variety.

Leeks… Sow in pots under cover, or directly into a seed bed in March. They can be sown close together at first (they’ll be like tiny blades of grass when they first emerge), then moved to their final position when they are pencil thick. They take a while to get going, and they need transplanting into deeper holes if you want them to develop long white shanks, but apart from that, they are more or less trouble free and good value. Tough winter varieties (you get the picture from their names alone) are: ‘Hannibal’, ‘Victor’ and ‘Musselburgh’.

Even in the south it takes time to ripen some vegetables, especially those that fruit and it can be very annoying when early frosts and fading light cut short the harvest of tomatoes and other Mediterranean vegetables. If you sow seed in February or early March, you will have ample ripening time, even if we don’t have a glorious summer this year (but we will). A greenhouse is a handy thing here, as a tomato plant will grow and need potting on a few times before it’s warm enough to plant outside (basically at the end of May, once all danger of frost is past), but it can still be done on a window-sill, so don’t let the lack of a greenhouse put you off.

Tomatoes… There are two main types of tomatoes: cordon and bush. The bush type tend to be the cherry tomatoes and have a neat (bushy) habit. Cordons are triffid-like plants with lots of side shoots. They need tying to stakes and controlling. ‘Moneymaker’ is a good variety for small to medium sized fruits with good flavour, try ‘Marmande’ or ‘Brandywine’ for beefsteak tomatoes, or if you like cherries (they’re the easiest to grow) try ‘Tumbling Tom’.

Bell peppers (Capsicums)… These like similar conditions to tomatoes and can crop fairly prolifically, given the right care and attention. Each plant will grow up to 10 fruits, all starting off green and then, depending on the variety, ripening to yellow, red, or even purple. They are neater in habit than tomato plants and will grow more happily in pots – but they are very thirsty, needing lots of water to make good sized fruits. ‘Gypsy’ is a good reliable cropper.

Chillies… In the same family as bell peppers, but the plants and fruits are smaller. These are easier than larger peppers to cultivate indoors. There are lots of varieties to try, and if you look, websites devoted entirely to them. ‘Apache’ does well in pots and ‘Fiesta’ is an attractive looking plant, the fruits are different colours as they ripen.

Aubergines… In my opinion they’re worth growing decoratively, regardless of their productive qualities with their lilac flowers and purple veined leaves. You should get around five fruits per plant, providing they’re treated to the same conditions as other tender vegetables.

Salad & Herbs… Some leafy crops and hardy salad leaves can be started off in February. Those that do best are things that tend to bolt when the weather gets warmer, like spinach and spicy tasting salad leaves like rocket. Mustards and crops like mizuna and mibuna will also manage, but may need to be started off under cover if the weather is very cold. Kale and chard overwinter really well and, once germinated, appear to positively enjoy harsh conditions. Just looking at them standing strong on the bleakest days makes me feel healthier.

Potatoes… Start chitting potatoes now. It’s a strange thing to do, but it does get potatoes, especially early varieties off to a quicker start. You’ve probably seen your eating potatoes occasionally start sprouting long straggly white shoots, but seed potatoes should be placed in a shallow tray or egg box and left to sprout. They need light to make good stubby growth – don’t use the etiolated ones from the bottom of the fridge please. Potatoes will be ready to plant out, depending on the variety, in March (earlies first, maincrops last).

March and April are the main months to start sowing crops directly outside, once the soil starts warming up. You’ll know when it’s time because all the weeds will be germinating. It is definitely too early at the moment for carrots, parsnips and most lettuce. Crops like runner beans, sweetcorn, courgettes and squash are not frost hardy – these can be sown under cover in April, but can’t be planted out or sown directly until the end of May.

So let’s take heart, there’s light at the end of the winter tunnel and there are plenty of things to do now – plans to make, seed packets to peruse and finally a few crops to sow. Here’s to a bumper year for growing vegetables – let’s get started. 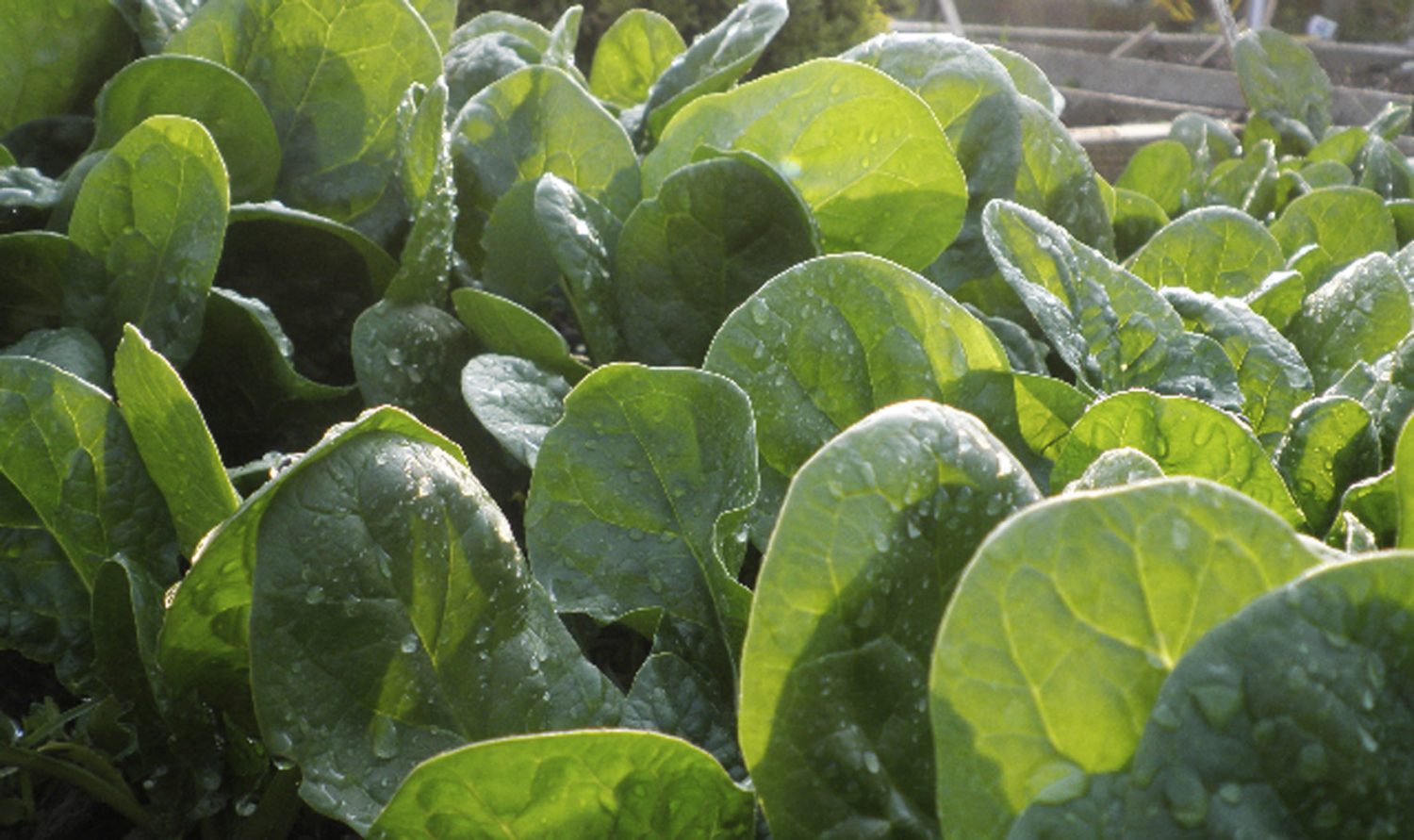 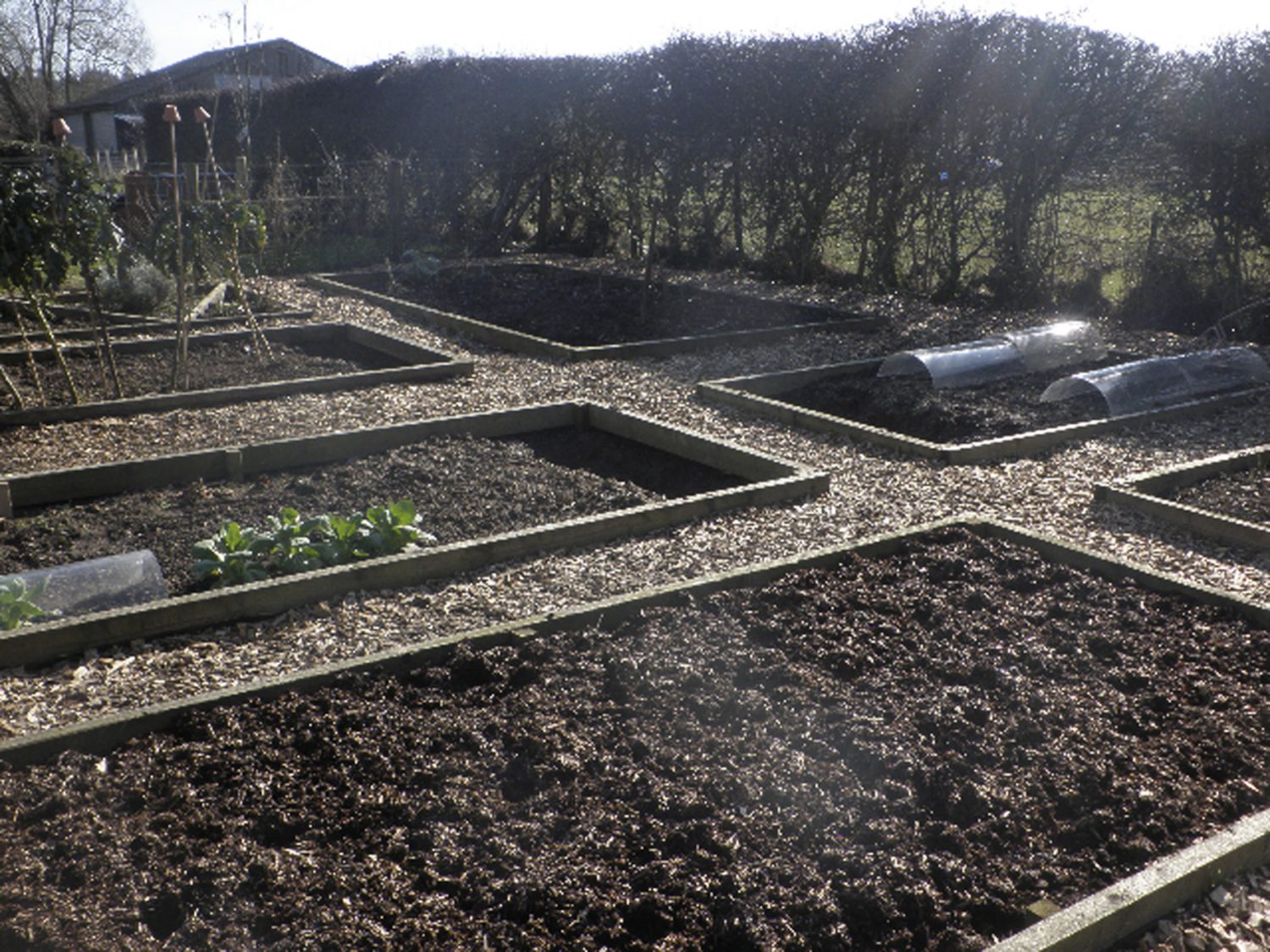 March and April are the main months to start sowing crops directly outside, once the soil starts warming up 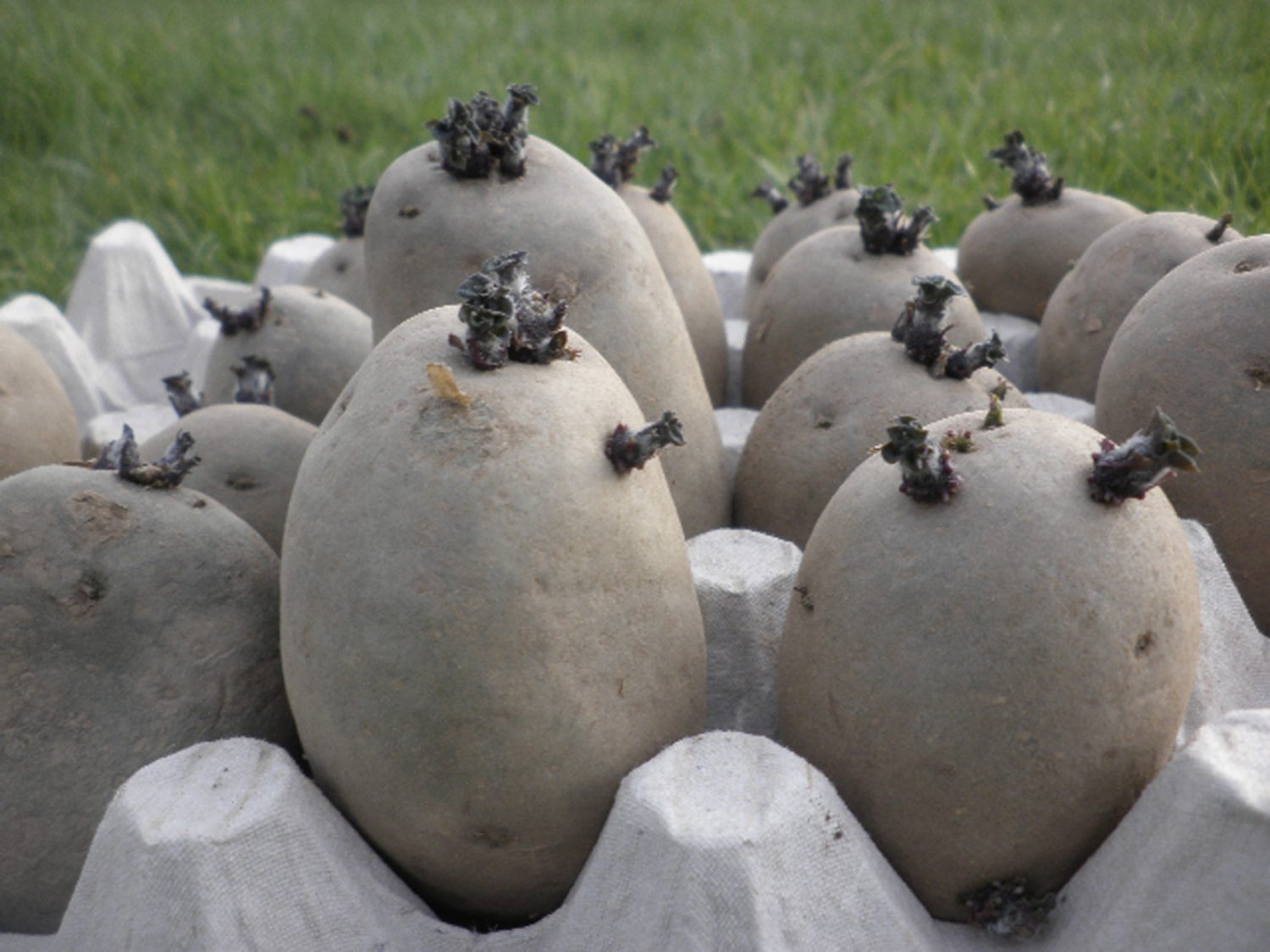