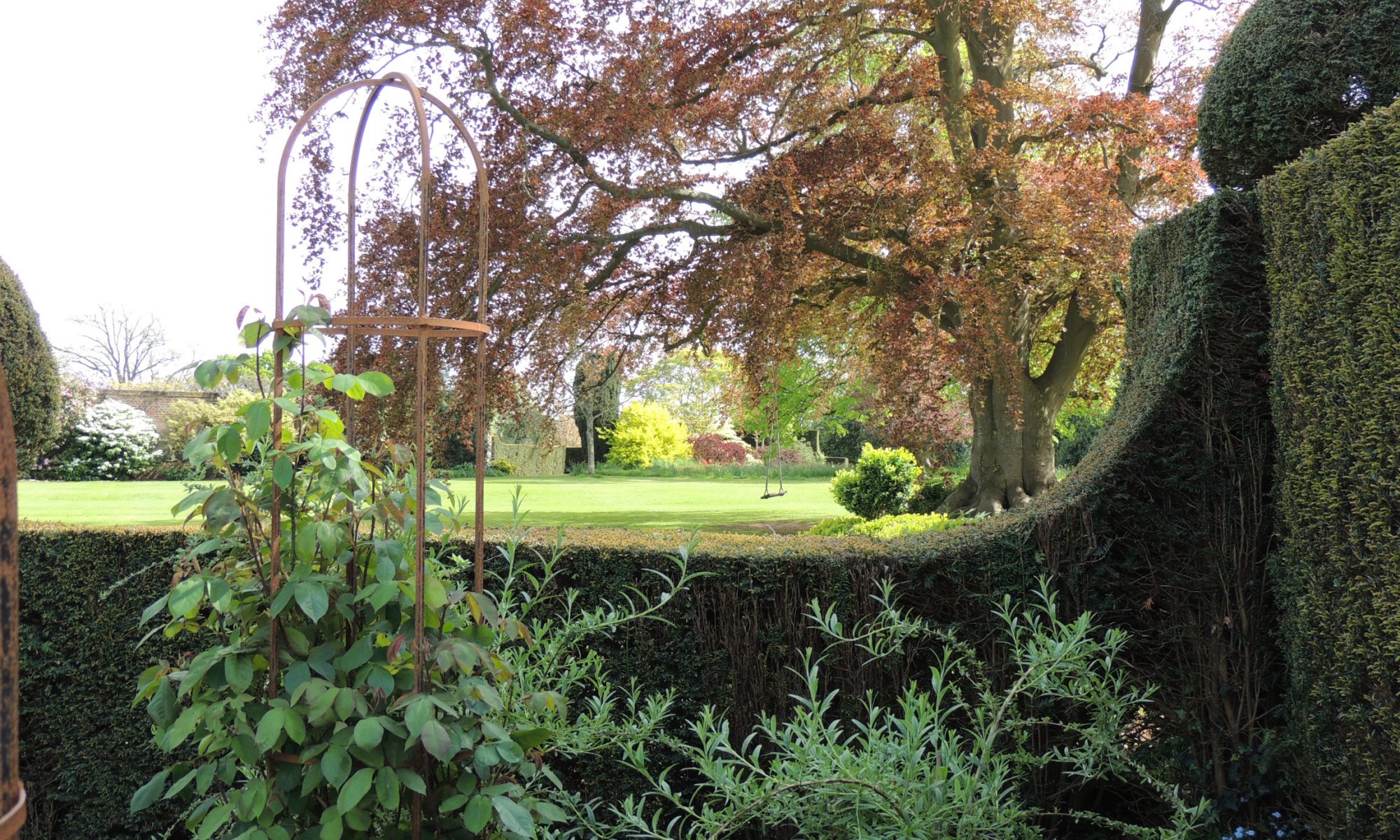 I watched Monty Don effortlessly making great hazel wigwams for his sweet peas and beans on television a week or so ago and wished for the umpteenth time that I had been out in the winter months sourcing good chestnut poles. And why didn’t I scour the countryside for hazel and silver birch, too, all perfect for natural, sustainable plant supports? But no, I’ve just about left it too late once again. Now the only hazel branches in the woods are in full, beautiful leaf and any wigwam would look rather strange wreathed in dead and dying leaves after they have been cut.

For inspiration, look at the lovely hazel supports in the garden at Sissinghurst. Pamela Schwerdt and Sibylle Kreutzberger, joint Head Gardeners there from 1959 to 1990, had the foresight to plant two nutteries outside the garden with two hundred and fifty trees in each. The nut trees are coppiced on a three to five year cycle and this is done in January to avoid catkins developing on the branches. In the rose garden, long hazel canes, known as ‘rose benders’ are used to tie down the branches of shrub roses so that new growth breaks from these stems. Hazel is an ideal material for making twiggy wigwams as its growth habit of a straight central stem with twigs growing off it rather like a fan gives ideal support. And so these ‘pea sticks’ are bundled together in different heights for use in the garden later in the season. Staking starts in April, May and continues through the spring. Short hazel twigs are tucked neatly into the foliage of many herbaceous plants and within no time at all they are invisible and the plant is upright and looking great. The shorter twigs are also used at the base of twiggy wigwams for clematis to grow up and through.

Silver birch makes lovely woven plant supports and looks quite beautiful early in the season snaking through herbaceous borders. The branches need to be put in the ground about twelve inches apart and then the tops can be woven into their neighbour. None of these natural supports will last for ever but how much more attractive they are than the ubiquitous bamboo canes sold in their thousands in the garden centres.

At RHS Wisley many of the herbaceous plants in the great borders there are supported by netting stretched firmly over sticks. This can be done when the plant growth is at about a foot and a half and the plant will then grow up through the net and be firmly held in place. Pea/bean netting will do the trick. Choose black as it disappears into the plant somehow and becomes invisible as the foliage progresses upwards. Obviously don’t choose netting with a fine gauge as it will give the plant all sorts of problems.

And then there are the rusted iron plant supports which can be left out all year and many of which add style and structure to the garden. These come in a myriad of shapes and forms from stakes, spears and spirals to imposing obelisks with metal balls on top. And edging hoops, either in twisted or plain metal, can be useful to prop up plants as they make their growth spurt in the spring. You can buy reinforcing rods and do it yourself, of course, and then you can choose the size of the hoop to suit your plant.

Trees provide support for other plants – rambling roses in old apple trees for example and shrubs, preferably spring flowering varieties, come into their own as hosts to clematis. This gives a succession of flowers of course, first the host shrub does its thing and then the clematis gets going. Choose your clematis carefully as any of the particularly vigorous varieties have a tendency to smother. We have C. ‘Alionushka’ growing through Cotinus ‘Grace’ and the cerise pink flowers of the clematis complement the leaves of the smoke bush and also C. ‘Prince Charles’ a rather lovely, small blue flowered clematis looks so pretty growing through roses which in turn are climbing through the lichen covered branches of an old apple. As this clematis only grows to about two metres and is cut right down in late winter, it does no damage to the plant providing its support. Clematis grown up walls only need a sheet of chicken netting attached to the wall or fence as a support. The netting soon becomes invisible and gives the plant a toe hold in its natural ambition to climb.

So staking and supporting. Do it early before your plants topple over in a high wind or heavy rain. They never quite look the same after you belatedly bundle them up with a piece of twine and a last-minute bamboo cane. And don’t leave it until June, try to get most of it done in April and May when you have a chance. Again, follow the mantra of the experts and place your stakes in the centre of the plant rather than around its periphery – they’ll ensure that not only is the plant upright but it looks natural rather than strained and contrived. And next winter, source your bundles of pea sticks as soon as you can to have them tucked away ready for the spring onslaught of work that needs doing. My staking is working its way up the list of ‘things to do’. When will there be time? 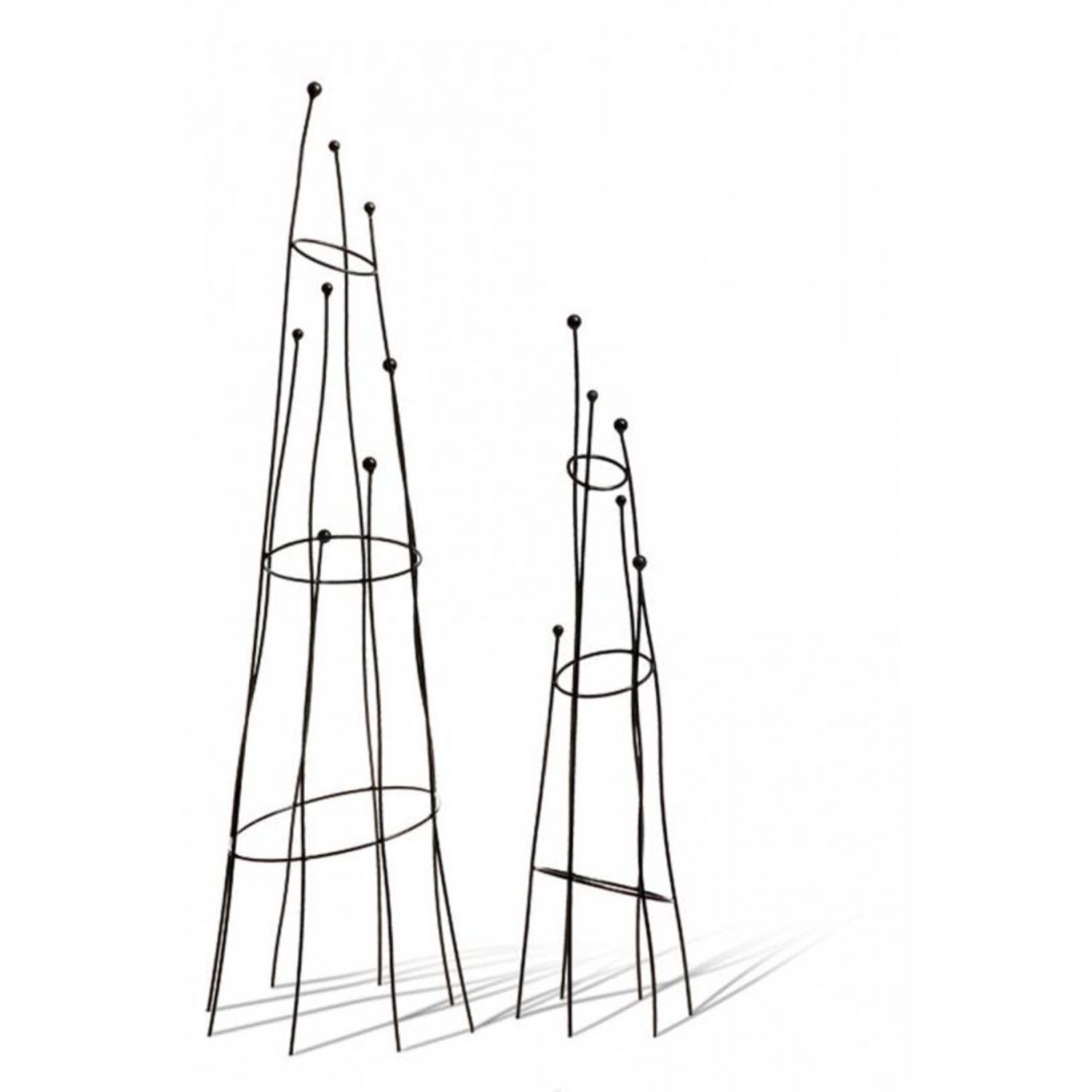 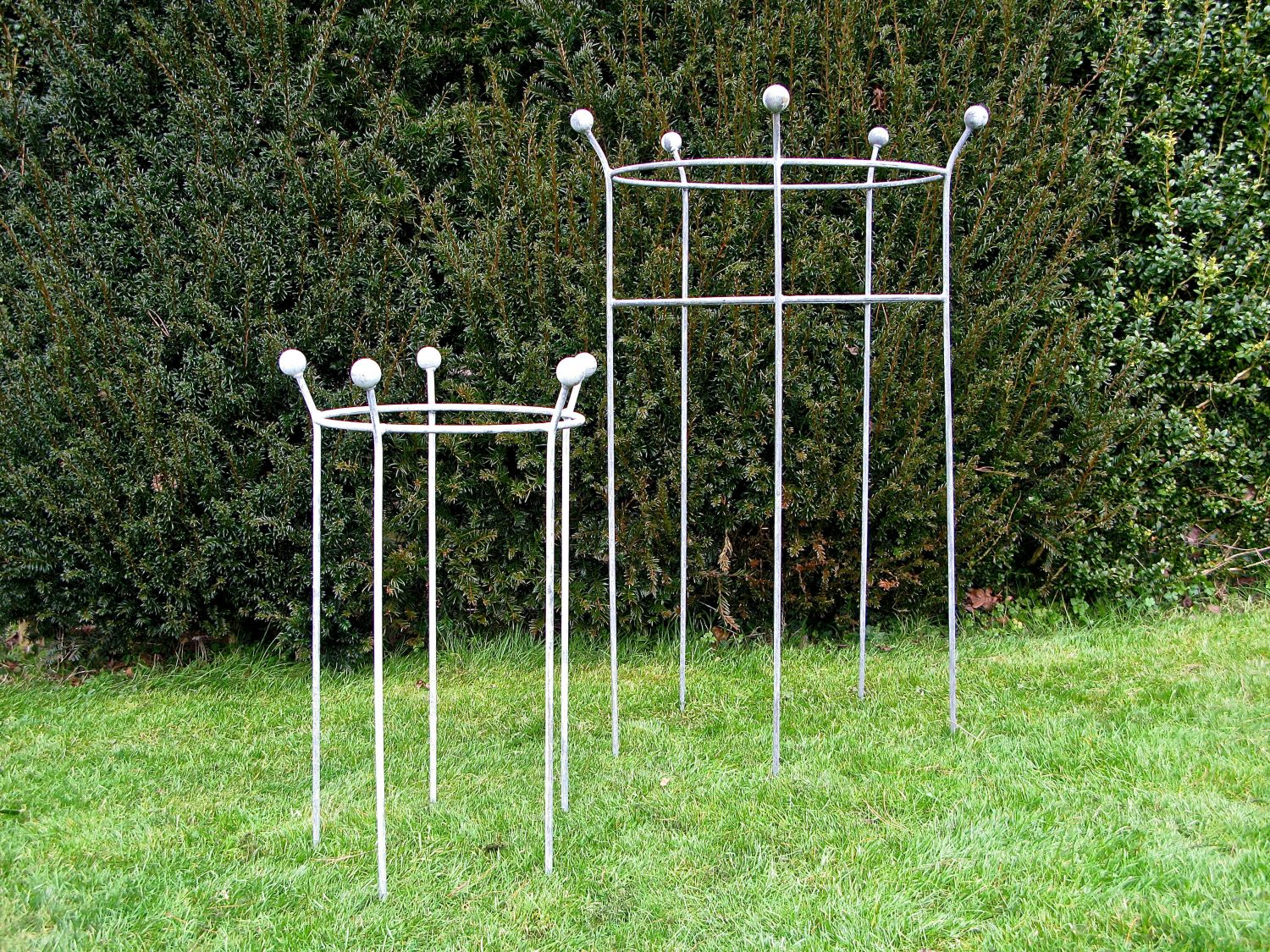 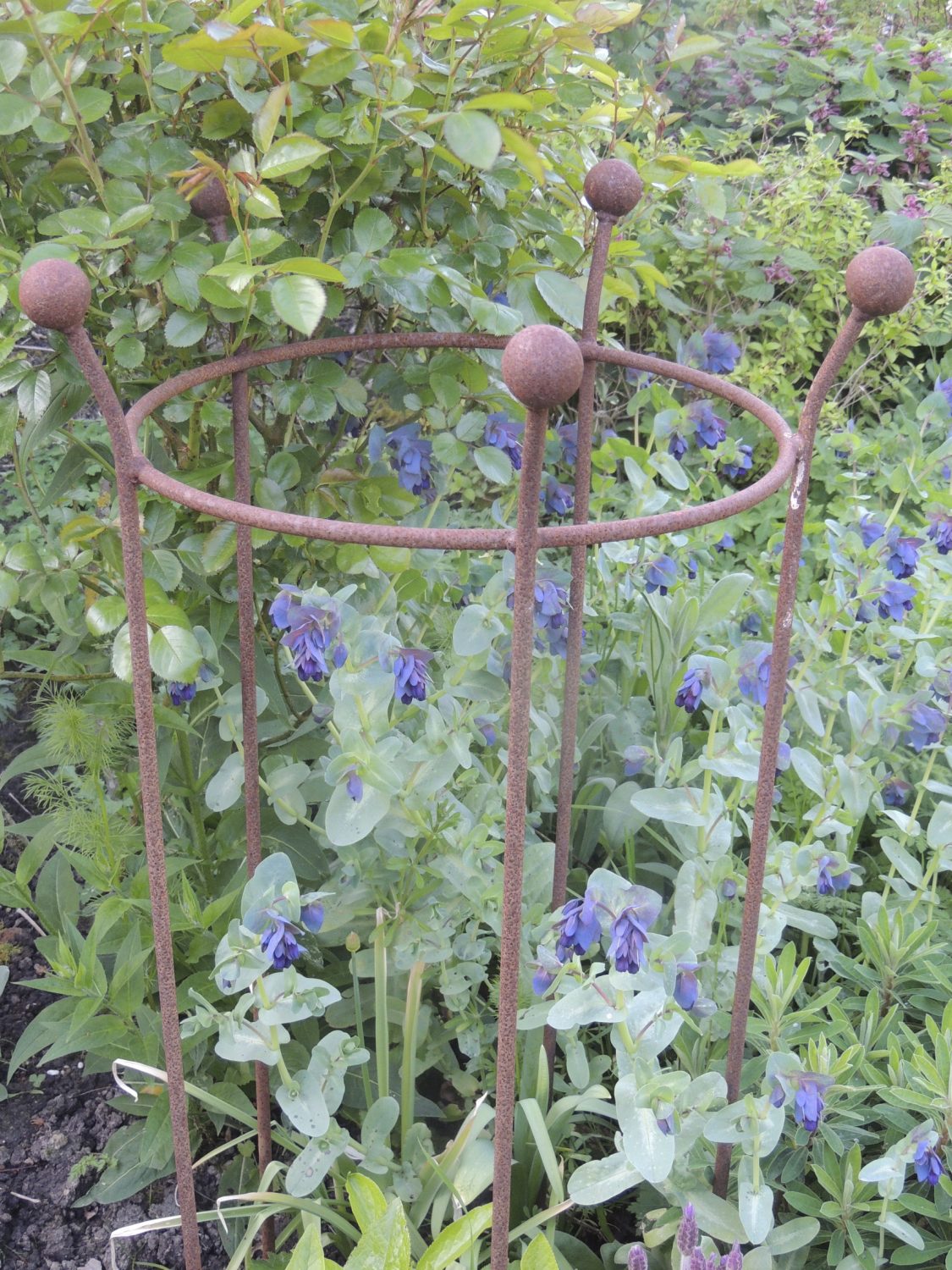