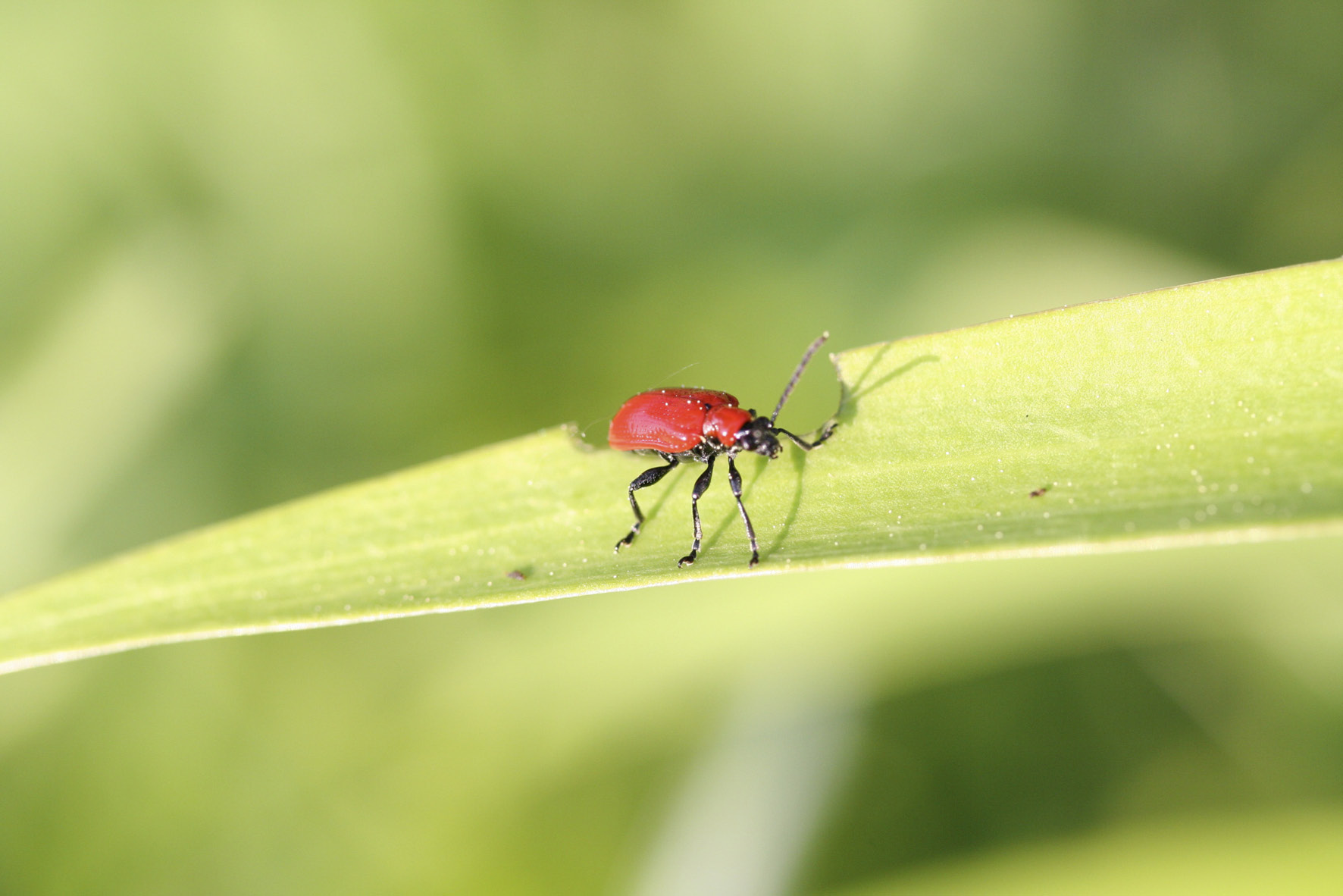 Thank goodness, we have more insect ‘allies’ than pests. So why not abandon all those half used, half dried up containers of chemicals in the shed and work with our ‘allies’ to strike a healthy balance in the garden?

Organic pest control using natural and biological methods is fascinating and obviously so much better for our environment. I remember a conversation last autumn with a neighbour who has an organic vineyard that was planted up two years ago in Beckley to produce sparkling and still English wines. Her pests are downy and powdery mildew and botrytis. She uses a garlic based product, specifically Garvine, to combat the botrytis and a biological fungicide, Serenade, which contains a soil dwelling bacterium, to combat foliar diseases such as mildew. Whilst researching Serenade on the web, I noticed that its virtues were being extolled by a website in the States called Rollitup. Guess what his crop is…

In the greenhouse, whitefly and aphids are the usual ‘pests’ and I know that I’ve used the occasional sulphur candle but they really don’t do the plants much good if you leave them in the greenhouse, so much so that they have to all be removed before you light a match. I think that the alternative of using a garlic candle which has no deleterious effect on greenhouse plants but zaps pests like red spider mite, whitefly and aphids must be the way to go. Using Encarsia Formosa in the greenhouse has the same effect. These minute insects are delivered on white cards and they actively seek out whitefly and deposit their eggs in them which subsequently destroys the whitefly from within. How satisfactory. And Citrox, a natural disinfectant containing extracts of citrus fruit, is ideal for cleaning greenhouses as well as water butts and bird tables.

Ladybirds are fantastically useful creatures, and pretty, too. Encourage them into the garden by growing nectar rich plants. The Compositae family (daisies and their relatives) are a good bet. You can also boost numbers by buying ladybird larvae, putting them in a cotton release bag and leaving them to get on with consuming aphids in quantity as well as other soft bodied insects.

The delicate Lacewings, with their distinctive veined greeny translucent wings are to be encouraged, too, as they feed on aphids, mites,thrips and scales. Their numbers will increase, rather like that of ladybirds, with the planting of nectar rich plants.

And whilst one doesn’t want to completely disrupt the life of every creature in the garden, an influx of ants can be slowed down by putting glue bands or barrier bands on trees to prevent them from protecting their ‘crop’ of aphids (from which they extract honeydew). The lacewings will then get to work devouring the aphids.

Beetles, when they are not consuming decaying matter in the garden, also make short work of slugs and weed seeds. They feed at night and can be encouraged into your vegetable patch simply by providing straw mulches, perhaps in upturned pots, for them to shelter in. You could make a beetle bank by establishing and leaving undisturbed a grassy tussocky mound somewhere in the corner of your garden.

Centipedes too are nocturnal carnivorous hunters living in the same habitats as beetles and work as natural predators.

Hoverflies are much maligned as most of us haven’t a clue what they are. They are known as flower flies and their stripey bodies are rather like a cross between a wasp and a small bee. But don’t swat them. Their larvae are partial to greenfly and the adult hoverfly is a great pollinator, particularly of soft fruit. They are particularly useful in the spring when many other insects aren’t actively flying.

Pyrethrum is found in concentrated form in the flower heads of the chrysanthemum plant and has been harnessed in sprays to contend with pests such as the viburnum beetle and the beautiful but destructive lily beetle. The adult beetles hibernate over the winter and emerge in about March to lay their eggs, which, once hatched, go on to consume the leaves of lilies. You can, of course, just pick the adult beetles off as they are so brightly coloured and easily spotted but they do have an annoying habit of dropping to the ground as soon as they get wind of you. I seem to remember that they react to vibration. But a spray of pyrethrum in the spring should do the trick and be less time-consuming.

You might also want to try Neem Oil which has been used medicinally for centuries. It is not a quick fix for destroying lily beetle but its properties seem to affect the beetle’s equilibrium – it ‘forgets’ to eat and thus dies.

Slugs seem to be the bane of every gardener’s life and millions of containers of noxious slug pellets are bought every year. But if you are going down the green gardener route, forget the pellets and try to create a balanced ecosystem as a plague of slugs usually means that there is a dearth of natural predators. One thing you can do is to avoid watering at night or late in the evening as slugs thrive on moisture.Nemaslug contains microscopically tiny worms called nematodes that are found in the soil and parasitize slugs. Nemaslug is very effective if applied from March onwards (once the soil has begun to warm up) but if you think about it, using it too often will surely create an imbalance.

Vine weevils are very prevalent in pot plants with the grubs overwintering and developing into adults in the spring. The adults will cut out distinctive notches in leaves when they emerge but it is the grubs that cause most trouble in that they eat plant roots. They are easy to recognise as they are creamy coloured, crescent shaped creatures with a distinctive orange head. Natural products such as Nemasys for Vine Weevils contain specific nematodes which seek out the grubs and kill them. There are variants on a theme for other pests in the Nemasys range.

Other natural predators might include free range hens (perhaps only in the winter months or bantams which are less energetic) andtoads, which don’t need water but just damp places to hibernate and find cover in – perhaps a log pile or pile of stones. Bats in the garden eat thousands of insects a night. Encourage them by planting honeysuckles as their nocturnal scent attracts moths, a much loved feast.

I can’t remember when I last saw a hedgehog, but if you have them, all the better. They need good safe places to hibernate, and compost heaps and deep leaf piles in undisturbed corners provide perfect spots. 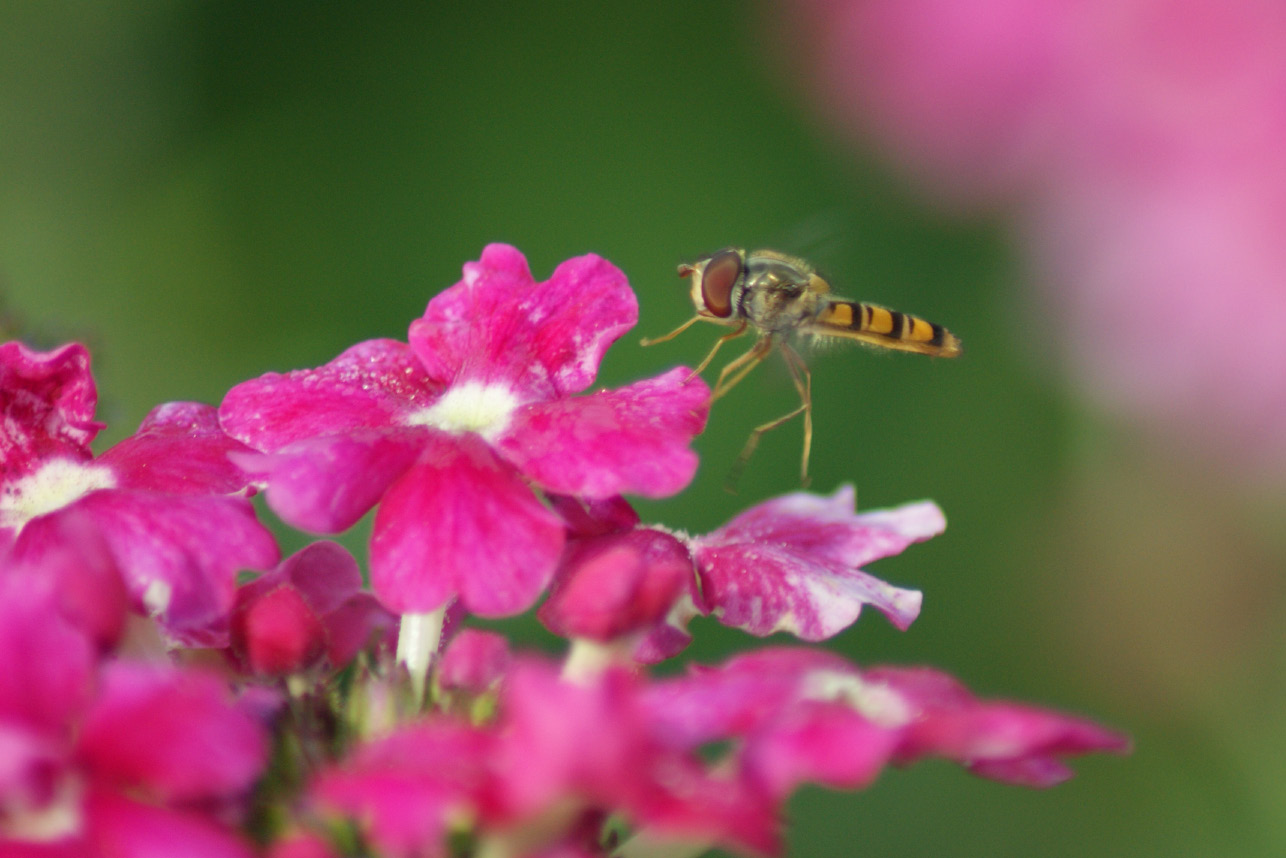