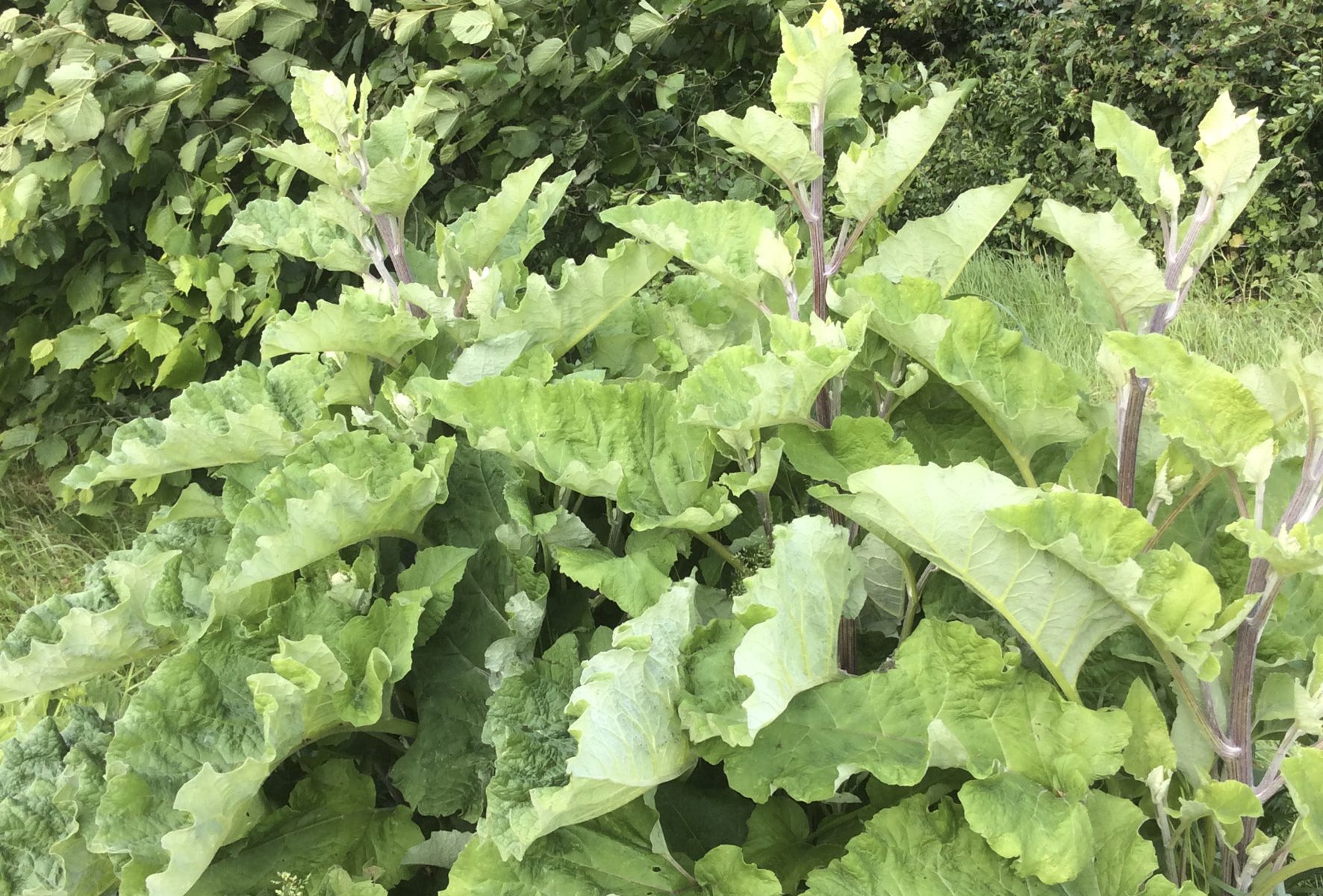 A gentle stroll with the dog to see the Common Spotted Orchids in a patch of woodland nearby recently led to a frantic search for any citric acid hopefully left over from last year. The elderflowers are out and lighting up the edges of the woods with their huge umbels of deliciously scented flowers and, like all the blossom this year, the elders are absolutely smothered in flowers and it is time to start making elderflower cordial, hence the need for citric acid, as well as perhaps sparkling wine and vinegar.

And so to foraging…

Foraging is free and sustainable. It adds another dimension to a walk in the countryside and many wild plants are incredibly nutritious. How is this for a statistic: compare 333mg Vitamin C in stinging nettles with 13 mg in an equal amount of lettuce. There is nothing really new about foraging as the Chinese were experimenting with edible flowers thousands of years ago and the Romans brought with them edible plants like Alexanders and ground elder as a food source. We may not as gardeners thank them for the ground elder but we CAN eat it.

Smart restaurants now employ professional foragers to produce interesting flavours for their tables and now that, to quote, seaweed is the ‘new kale’, even Tesco have got in on the act – as from May they have been selling various varieties of seaweed harvested in Cornwall.

A lot of plants are perfect for foraging when they are young and fresh so the spring is the ideal time for things like stinging nettles. They are absolutely full of nutrients and up until June the new leaves can be harvested and used to make soup. This year the borders are absolutely full of goosegrass/cleavers recognisable by their square stem and the hook like hairs on their leaves and stems which cling to your clothes as you do a spot of weeding but catch them early and they can be steamed or perhaps sautéed with a dollop of butter and some garlic or used in omelettes or scrambled eggs. Once they’ve matured and got into a bit of a tangle they can just go on the compost heap as they’ll be a bit stringy to be honest.

Dandelions, too, are edible. The leaves have a bitter flavour (a little like chicory) and again the spring leaves can be used in a salad or instead of spinach. Flower buds can be coated with batter and the petals of the flowers added to pasta or potato salad. It is interesting to see that where there were huge drifts of dandelions last year, in the same spot it seems that the meadow buttercup has taken over this year along with a smattering of ragged robin.

Anyway, at this time of year what is there to forage? There’s sweet cicely, wild fennel, marjoram and mint; dog roses in the hedgerows, tiny wild strawberries, Good King Henry, Fat Hen and silverweed amongst much else. The silverweed is an interesting plant and we’ve just been out on to the verge to see if it has escaped the ministrations of the municipal cutter that came round last week and some of it has. Known also as Potentilla anserina, this low growing plant is incredibly pretty with yellow five petalled flowers, hence one of its other names, cinquefoil. The leaves are silver and soft to the touch with a woolly texture underneath and look very like that of a cultivated potentilla. You can use them to make a herbal tea, put them in a salad to add an extra dash or stir fry them.

Good King Henry and fat hen are both members of the same plant group, although Good King Henry is a perennial and Fat Hen an annual (so called as it was collected and fed to hens). They both thrive in nitrogen rich soil, particularly in farmyards, but also grow on waste ground and roadsides. In April the young shoots of Good King Henry can be used as an asparagus substitute – hence Poor Man’s Asparagus – and its leaves cooked in the same way you would spinach. It is quite bitter but this can be counteracted by soaking it in salted water for half an hour before you cook it.

And then there is greater burdock and lesser burdock, both with large, coarse heart-shaped leaves and hollow stems. Dandelion and burdock were the ingredients for mead made since the Middle Ages and the huge tap root can be used dried or fresh and contains a myriad different vitamins and beneficial elements. All parts of the plant can be consumed but once again the leaves are at their best in the spring when they are young and tasty.

Limes are coming into flower now and whilst the young leaves are delicious in salads at the beginning of the year, you can pick the flowers in July and make a simple tisane with them. And rather than wait to make rose hip syrup from the wild dog rose, Rosa canina, the petals make a good syrup or tea.

Foraging in your own garden is quite fun too. Hyssop makes a bee friendly, low-growing hedge and can be used to make a tea or the leaves can be added to both fish and meat. Busy Lizzies can be used to garnish salads; the intensely fragrant and beautiful flowers ofJasmin officinale are ideal for a scented tea but also complement shellfish. I love sweet cicely, it is such a pretty plant with anise flavoured flowers. Add them to rhubarb or apple tarts. And then finally there is salsify (Tragopogon porrifolius) growing wild along the path at Rye Harbour, with elegant long stems and flowers that open in the morning only. We can’t forage these particular plants but grow them in your own garden as the leaves have a nutty flavour and the flower buds can be simmered for a moment and added to salads. 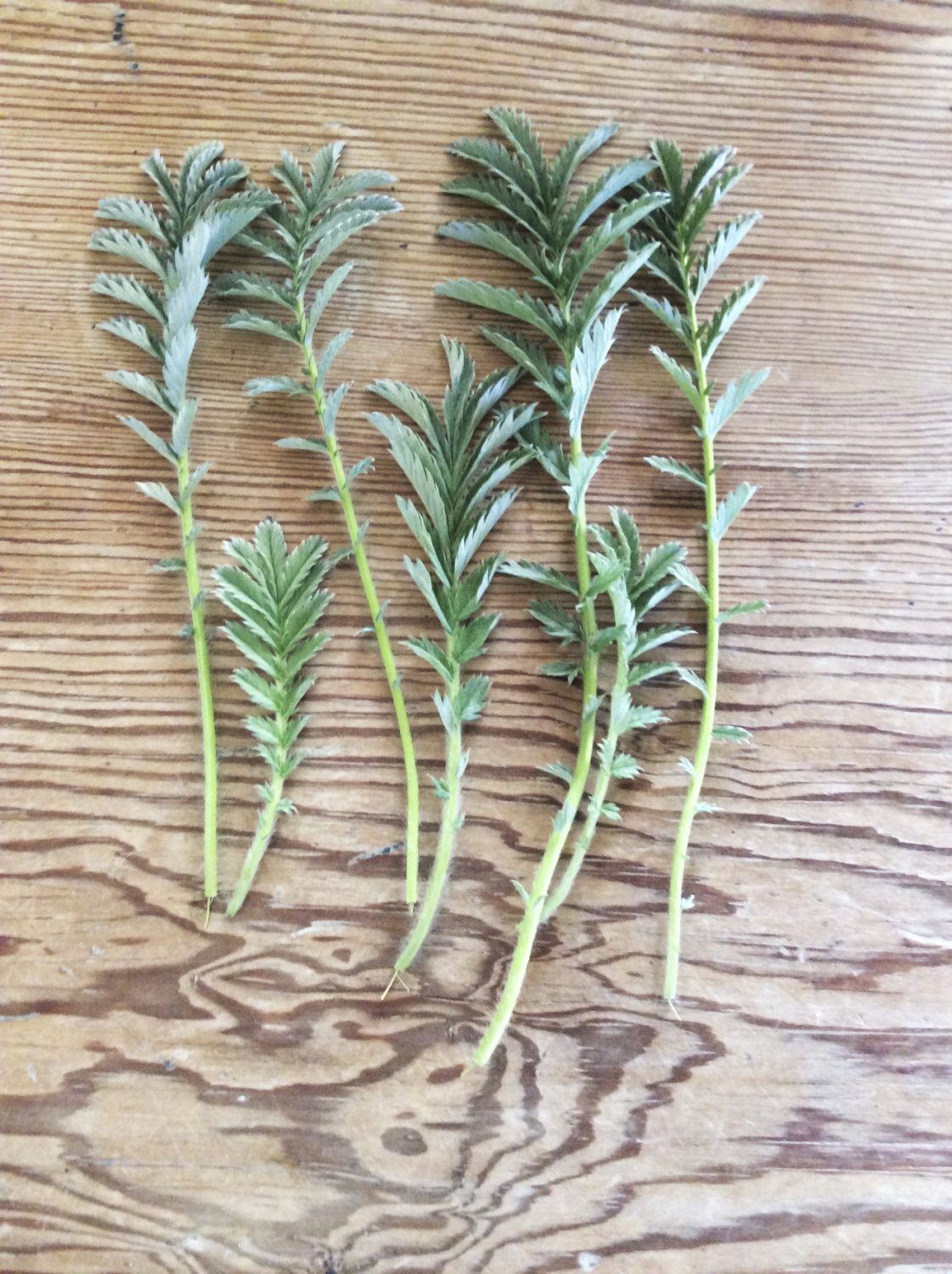 Silverweed leaves are silver and soft to the touch with a woolly texture underneath and look very like that of a cultivated potentilla. You can use them to make a herbal tea, put them in a salad to add an extra dash or stir fry them