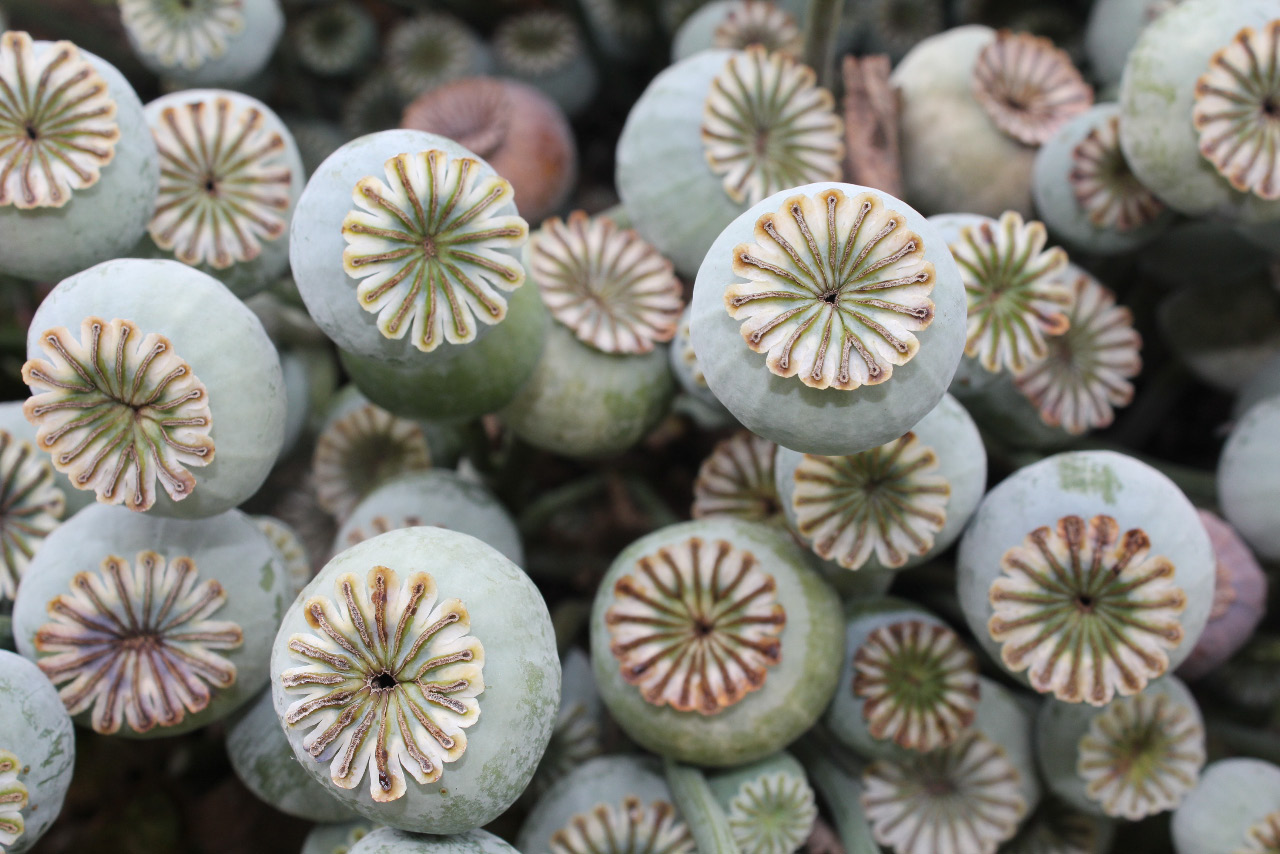 Next to having a baby and clearing out cupboards, there’s not much I’ve found that’s more satisfying than sowing seeds. My compulsion is under control at the moment, but by April it will be a different story. Behold the tiny miracle of germination – the bursting forth of life from what looks like a lifeless speck of grit. You feel almost godlike, even if the only part you’ve played is to poke about in the soil and water a bit. I’m a fairly haphazard mother to my plants once they’ve germinated, but this is mainly because I’m over ambitious and sow too many (probably ditto with children). Remember that you don’t have to use all the seeds in the packet – most will keep until next year once opened.

The earliest things to start with – and you can sow seeds in January (under cover, not outside), providing you have enough warmth and light, are those that take a long time to come to anything. Many annuals are late flowering, so the earlier you can sow them, the better, but remember that you can’t plant the tender ones outside until after the frosts. Early sowings may therefore need potting on, or they’ll start looking all leggy and starved, like sad super models.

My top ten seeds are all annuals and are fast and easy to germinate. I’ve listed them in sowing date order and chosen five vegetables and five annual flowers:

Leeks – they take a long time to grow to any significant size and you do have to do peculiar things to them if you want them to have a long white stem (transplant them when they’re pencil thick into a deeper hole and leave them lolling in it without backfilling around them), but apart from that, nothing. They’ll sit there happily through the winter, come hell and other things like snow and frost and gales and possibly high water; ready to harvest whenever you like. I grew a handsome heritage variety last year called ‘Blue Solaise’ with deep blue/green leaves. I planted it next to some lovely red cabbages and had the wretched caterpillars not eaten the cabbages, they would have looked really beautiful together.

Broad beans – try the variety ‘Aqualdulce Claudia’ if you want to over-winter or get ahead of the season. They’re a very easy, reliable crop; occasionally prone to blackfly (rub them off with your fingers, or if you’re squeamish, squirt them off with a hose). Bean seeds are large and robust, making them easy for small hands to manage, so ideal if you’re gardening with children.

Next on the list would be Sweet Peas. They’re a cottage garden on a stick, but not quite as easy to grow as people might tell you. Sweet peas are greedy plants, demanding a rich moist soil and will show their disdain for dry/poor conditions. And, if you don’t keep picking the flowers, they’ll quickly run to seed. Like broad beans, they can be sown either in the previous autumn (for strong roots and earlier flowers) or early in the spring. If I were buying seed I’d choose the old fashioned, highly scented varieties, not the blousy hybrids that have been grown for looks not fragrance, but I have to confess that it’s a long time since I bought a packet. I tend to sow seed collected directly from the plants at the end of the season; you don’t quite know what will come next year, but that’s half the fun.

Tomatoes – home-grown tomatoes are wonderfully tasty and abundant, providing you look after them well. The advantage of sowing your own is that you have a much wider choice of variety. The young plants on sale in the garden centres are often chosen for other reasons than outstanding flavour. They are tender though and will need warmth to germinate and grow well. If I had to choose just one variety it would be a heritage beefsteak called ‘Brandywine’ – one of those ‘unbuyables’ that you’ll be glad you took the trouble to grow.

Nicotiana (tobacco plant) – not as showy as some of the choices I could have made, but some varieties are so fragrant that they don’t need spectacular looks. Plant these tender annuals out (after the frosts) where you will be able to enjoy their scent, which is at its strongest in the evening.

Cosmos – another easy tender annual with big cheerful daisy-like flowers that are borne all through the summer. I like the bright pink C. ‘Dazzler’ and also a beautiful white strain called ‘Purity’, but if these don’t suit you there are lots of smaller cultivars in different colours. Sow under cover for an early start, or scatter where they’re to flower in late April.

Lettuce/salad leaves – even if you’re not going to grow vegetables this year you ought to buy just a packet or two of lettuce or salad leaf seeds. They are simplicity itself to grow (in a pot or planter, or directly into the soil) and will provide you with fresh salads within just a few short weeks. Open leaved lettuces like ‘Salad Bowl’, or ‘Lollo Rosso’ won’t bolt (run to seed) as quickly as hearting types.

Best sown directly as it doesn’t like root disturbance, Spinach is a reliable early crop for the vegetable garden. You may need to cloche it (protect with a clear glass or pvc cover) to keep off the worst of the early spring weather, but it prefers the cold and will bolt at the first sign of warm, dry conditions.

Marigolds/nasturtiums – are indispensable as companion crops in the veg patch. They’re good pollinators, attracting in beneficial insects and birds and nasturtiums are also a ‘trap crop’ – luring Cabbage White butterflies to feast on their leaves in preference to the proper crops (although in truth I think they move on to have a main course of cabbage). The only variety I actively sow (because the rest self seed with gay abandon) is a chirpy, tall French marigold called ‘Mr Stripy’.

Nothing says summer quite like a Sunflower and so I try to grow as many as possible (in case they end up being the only sunny thing on offer). Last year I grew some very posh sunflowers in shades of mahogany, lemon and plum, and one with radiating stripes, like the corona on an eclipse of the sun. But it’s hard to beat a simple strong yellow flower with a dark centre. They’re very nature friendly too, attracting pollinating insects and seed-eating birds at the end of the season.

At this point I really want to say ‘let’s get out there!’ But the winter is still very much with us, so – ‘let’s think about sowing a few things tentatively on the window sill’ is all I can say for now. It’s a start. 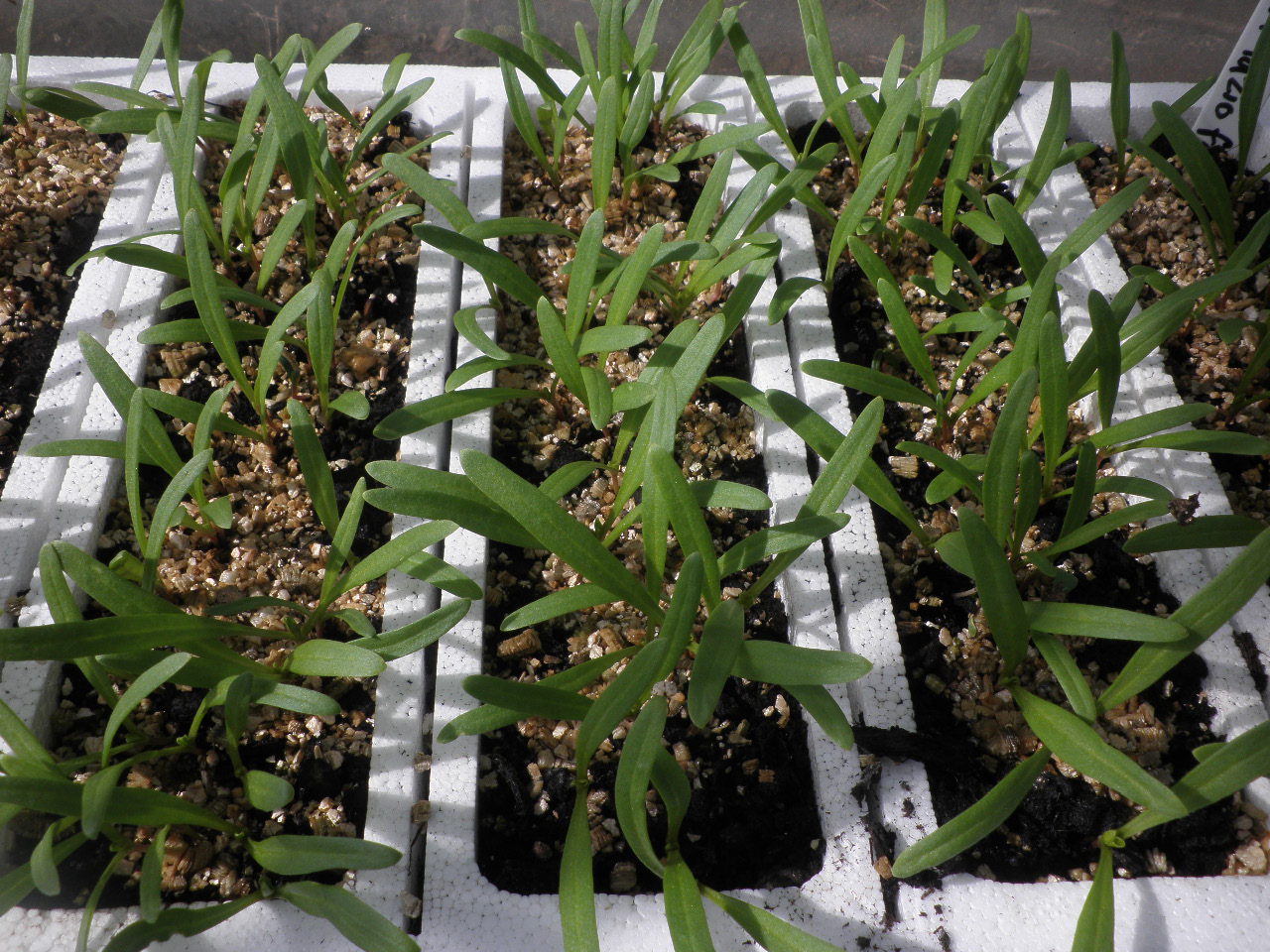