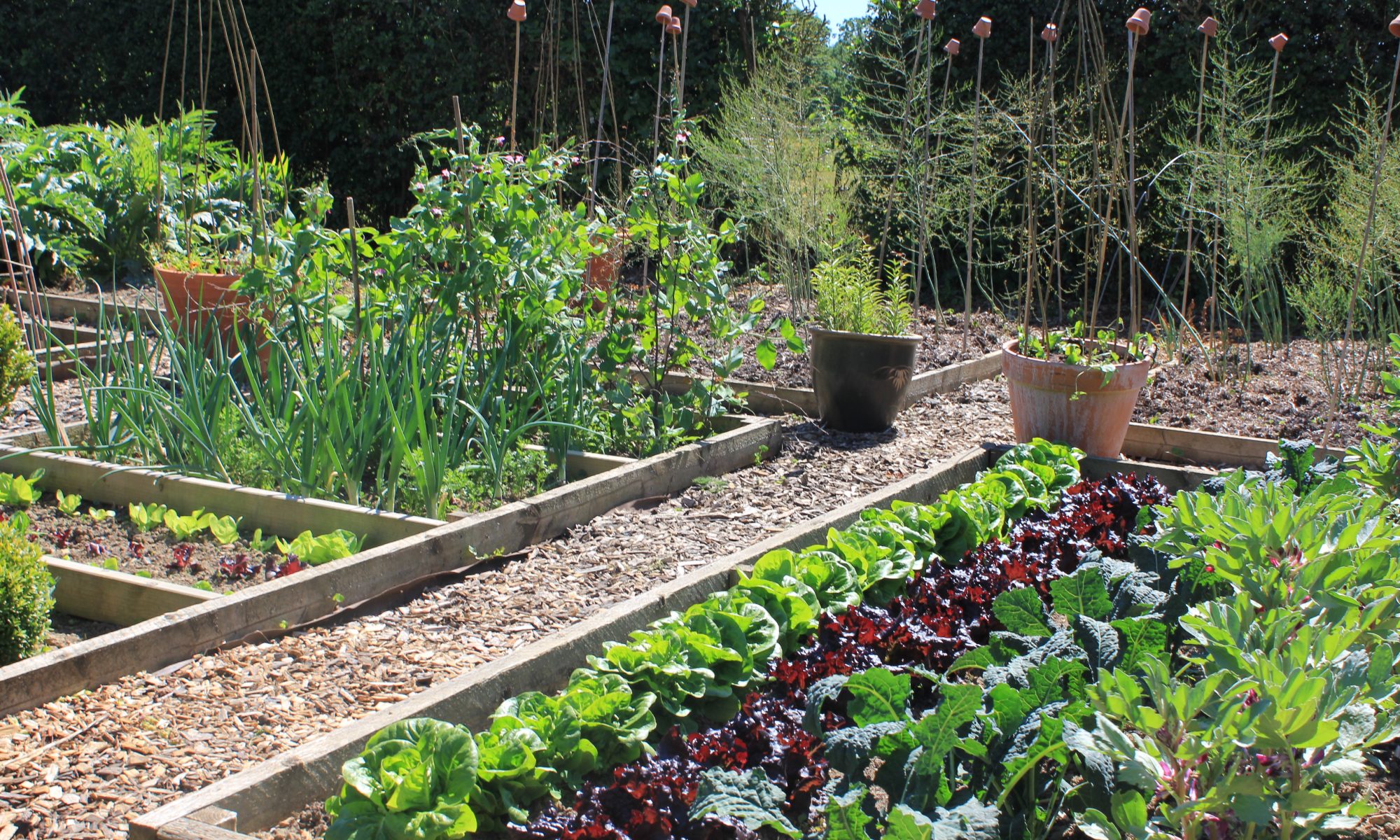 If you’ve been growing your own this year, then this month all that hard work could be about to pay off, although sometimes the job of harvesting can be as tricky as growing the crop itself. Produce is ripening by the minute and it can be hard to keep up with the harvesting sometimes. But don’t worry if you haven’t managed to grow anything so far this year, because there’s still time to grow some healthy and delicious vegetables for autumn and winter harvests.

This is the time of year when tender spring sown crops that produce pods and fruits will be ready to pick. You may already have been harvesting broad beans and peas – now these are joined by runner and French beans, courgettes, cucumbers and tomatoes. These are fabulously generous crops – the more you pick, the more there will be. Marvellous! Until you run out of recipes, or people start crossing the road to avoid you and your armfuls of courgettes. They will require some care too. Watering and feeding will be needed to keep them in tip top condition. If you dare to go on holiday – actually if you turn your back for a moment – some of them will turn into monsters. Make a note for next year that two courgette plants is enough (probably one too many) and that August isn’t the only harvesting month – but it might be the only time you can go on holiday.

Early potatoes, beetroot, spring cabbage, calabrese, hearting lettuce (as opposed to loose-leaved, cut and come again types), broad beans and peas may have finished and have been dug up, leaving you with gaps in the patch. Remember to leave the roots of peas and broad beans in the ground, as these contain nitrogen-fixing nodules that will help feed future crops.

Late summer is the perfect time to fill any gaps with autumn and winter vegetables. It is also safe to sow those that might have bolted in earlier weeks – leafy crops like spinach and rocket are renowned for rushing into flower – and tasting bitter when sown in late spring or early summer. It is too late to sow those that take an age to get going but Swiss chard and kale are ideal and are also very hardy, so should provide you with vitamin-packed leaves all through the winter. If you haven’t already had enough of green beans, you might still have time to sow some dwarf French beans, which are quicker to start producing, as they don’t have to climb.

The key to choosing which edibles to grow at this time of the year is to look at the sowing to harvest time. Anything that will crop in around 12 weeks or less will be a contender for an autumn harvest, and there are a few things that have a longer growing period, but are hardy enough to make it through the winter too.

Tiny carrots, such as Chantenay or Rondo are ideal for growing in pots, as they’ll be out of reach of carrot fly, which is a low flying insect, and because they are short and stubby, they’ll develop quickly and be ready to harvest in around 7 to 8 weeks. Beetroot is another tasty root crop, that tastes much better when harvested young. Radishes and spring onions are also speedy and don’t take up much room, so can even be squeezed in between rows of other vegetables – but not too close – edibles will always do better given generous spacing.

Salad leaves, rocket and spinach are better grown at the top and tail of the growing season, because they are prone to bolt (run to seed) when grown in conditions that are too hot and dry.

This is also the perfect time to plant oriental greens – mustards like ‘Red Frills’, pak choi, mizuna and mibuna are quick and easy, but may need netting to protect them from flea beetles – that make tiny holes in the leaves, and slugs, who will still be active until the cold autumn days arrive.

Screw top glass jars at the ready everyone, as pickles and chutneys are a perfect way to preserve excess produce – and if you hit upon a winning recipe, they can make great Christmas presents too. Simmering in sugar and vinegar is the traditional way to make chutney, but fermenting is better for intestinal health and boosting our micro-biomes. Fermenting involves adding salt to sliced vegetables to make a brine, encouraging the proliferation of beneficial bacteria and lactic acid, which gives the tangy flavour. The important thing is to keep everything scrupulously clean during the process to avoid contamination with the not so beneficial bacteria. Whichever pickling method you use, It can be a satisfying and deliciously frugal way of maximising the harvest.

Once your crops have been lifted from the ground, you must not leave it empty. Nature hates bare soil, and will call on something to cover the ground – most likely weeds. Any bare areas left over the winter will be prone to erosion and nutrient loss, so it’s important to grow something new or to smother the ground with a layer of organic matter until the following spring. If you don’t have plans for new crops in the space, then the most cost effective and environmentally thing to do is to sow a green manure. These are grown like a crop from seed sown in the autumn or spring and then dug into the soil several weeks before you want to grow some edibles. A green manure will be cheaper than buying in organic matter (unless you have animals that are providing it for you), it will keep the weeds down, stop soil erosion and when it’s been dug in, will add nutrients to the soil and improve the soil structure. If you are using animal manure, make sure it is well rotted and that you know its provenance – i.e. that the animals haven’t been eating grass treated with herbicides. And be aware that not all the weed seeds will be digested in the mulch creating process.

So, although it is the season of harvest, there are plenty of things to sow and grow. In the words of T S Elliot, ‘To make an end is to make a beginning. The end is where we start from.’ This month is definitely both an end – but hopefully a fruitful and rewarding one – and a beginning, for some nutritious and tasty new crops, to grow in the spaces where the others left off – and start the whole cycle again.

Join Jo for Gardening Courses in her garden in Woodchurch, Kent 07923 969634 hornbrookmanor.co.uk