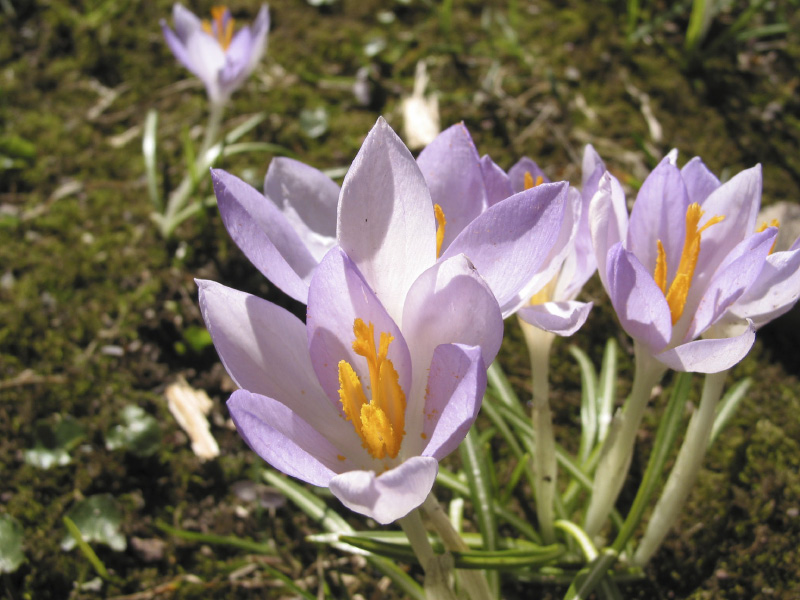 Nature is ultimately adaptable, however, winters are unpredictable, and there’s still time for a big freeze to stop everything in its tracks. Whatever the weather brings in the next few weeks, I’m always hopeful – watching the ground closely for the first brave shoots to emerge.

Some plants are as impatient as me to get going. Carpets of snowdrops have been out for a while, fearless in the face of the worst weather. Winter aconites and crocuses are beginning to appear in massed throngs beneath trees, and a few cheery hosts of Narcissus ‘February Gold’, the earliest flowering daffodil, are popping up. This early daffodil is just the right size too, not overbearing and pompous like the giant King Alfred types, and not too tiny for naturalising. Narcissi can be difficult in borders. The leaves should be left on to help the bulb bulk up again for next year but can look a floppy mess – or worse if you try to tidy them by tying them in knots. The only exception is ‘Tete-a-tete’ which looks perky at the front of the border, its leaves small enough to be hidden behind emerging perennial foliage.

Cherry blossom in winter? Surely not? I read somewhere that by 2050 spring will be with us on Valentine’s Day, so romance will blossom at the same time as the cherry trees. If you fancy that idea now – I don’t know about you, but I doubt I’ll be in the mood for much romance by 2050 – there’s always Prunus subhirtella Autumnalis’; a small and delicate cherry tree that flowers intermittently through the winter. Many of the early blossoming shrubs have the added bonus of scent too. Chimonanthus praecox (Winter Sweet), Viburnum bodnantense and Lonicera ‘Winter Beauty’ (winter-flowering honeysuckle) are three of the best. They aren’t the most beautiful plants, so plant them where they can fade into the background, but near enough for you to catch their exquisite fragrance. Sarcococca confusa, or Christmas box, is low-growing and shade tolerant so you can tuck it behind a more showy plant and enjoy its fragrance without having to look at it. If you have the space for a specimen, try a Witch Hazel – Hamamelis x intermedia ‘Pallida’ has scented flowers that climb its bare branches like little spiders. Many of these early performers are suitable for growing in containers too. In fact, something like a camellia may even prefer it, because it needs to grow in acid soil. The great thing about a plant in a pot is that it can be moved away from centre stage once it’s done its thing.

Then there are the bare-barked beauties – I love the white winter bark of birches. Many acers, known more usually for their gorgeous autumn foliage, can also look good naked. Acer griseum has peeling cinnamon-coloured bark. The snake-bark maple, A. davidii has bark like – you guessed it, – a woody sort of snake. Another, A. ‘Sango-kaku,’ has gleaming coral-coloured bark, pale lime green emerging foliage and golden autumn tints. Then there are the dogwoods with brightly coloured bark on the young stems. Try Cornus sanguinea ‘Midwinter Fire’ or Cornus alba by a pond, stream, or in a boggy part of the garden.

Native to woodland in Greece and Turkey, hellebores will grow where many plants would give up, lighting up a gloomy corner in the garden. They naturalise well and mix beautifully with other early spring flowering plants and bulbs. Hellebores like moist, woodland conditions, but can spend many a dry, shady summer lurking between shrubs and trees without coming to harm. Called the Lenten Rose – but not related to roses at all – Helleborus orientalis flowers later (during Lent) than H. niger (helpfully named the Christmas Rose, so that we can tell the difference). Hellebores hybridise easily; in fact you will probably find baby hellebores at the feet of mature plants – the problem is waiting until they flower to see if they’re worth keeping, as some can be – like the children of film stars – less dramatic than their parents.

When the weather outside is frightful, the garden is not always an inviting place, but there is a neat trick you can do with early flowering shrubs. They don’t have to be any of the ones I’ve mentioned, but they should have buds on; try forsythia, pussy willow or even blackthorn. Bring in a few twigs or small branches, place in a vase of water and the tight buds will burst into bloom, fooled into blossoming by the false spring in your living room.

If you’re keen to get cracking growing vegetables, buy your seed potatoes, but don’t plant them yet; leave them in a light and frost-free place to start sprouting (a process called ‘chitting’) which is supposed to give them a head start. Broad beans are very hardy (try ‘Aquadulce Claudia’) and can be sown directly outside now. Seeds of annuals and crops that need a long growing season – leeks, peppers and tomatoes should be sown under cover – remember that tender plants will need extra warmth and can’t be planted outside until the warmer weather arrives.

Sting in the tail

We know what they say about the dawn – that the darkest hours come just before it; spring’s the same, just insert ‘coldest’ in place of darkest, and don’t rush out as I’ve been known to do and buy lots of tiny bedding plants, then watch them die from frostbite. We can have frost up until the end of May, so look after your babies in a heated greenhouse, or on a warm (but not scorching) windowsill. Winter may still have us in its grip, but the light has come back and the garden is beginning to wake up. We are almost there. So coats and boots at the ready, it’s nearly time to get out there.

Nature is ultimately adaptable, however, winters are unpredictable 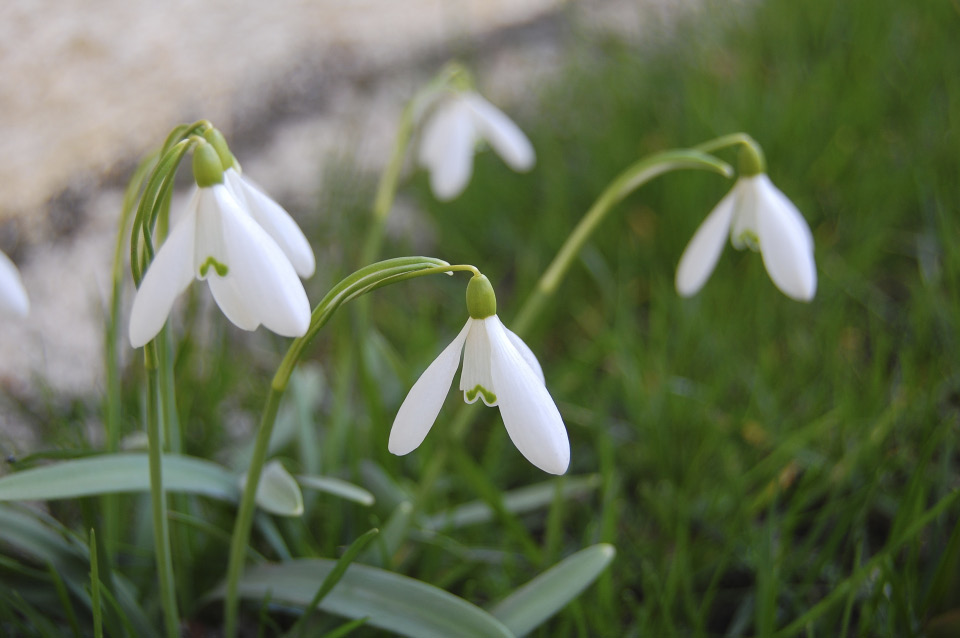 Snowdrops are fearless in the face of bad weather