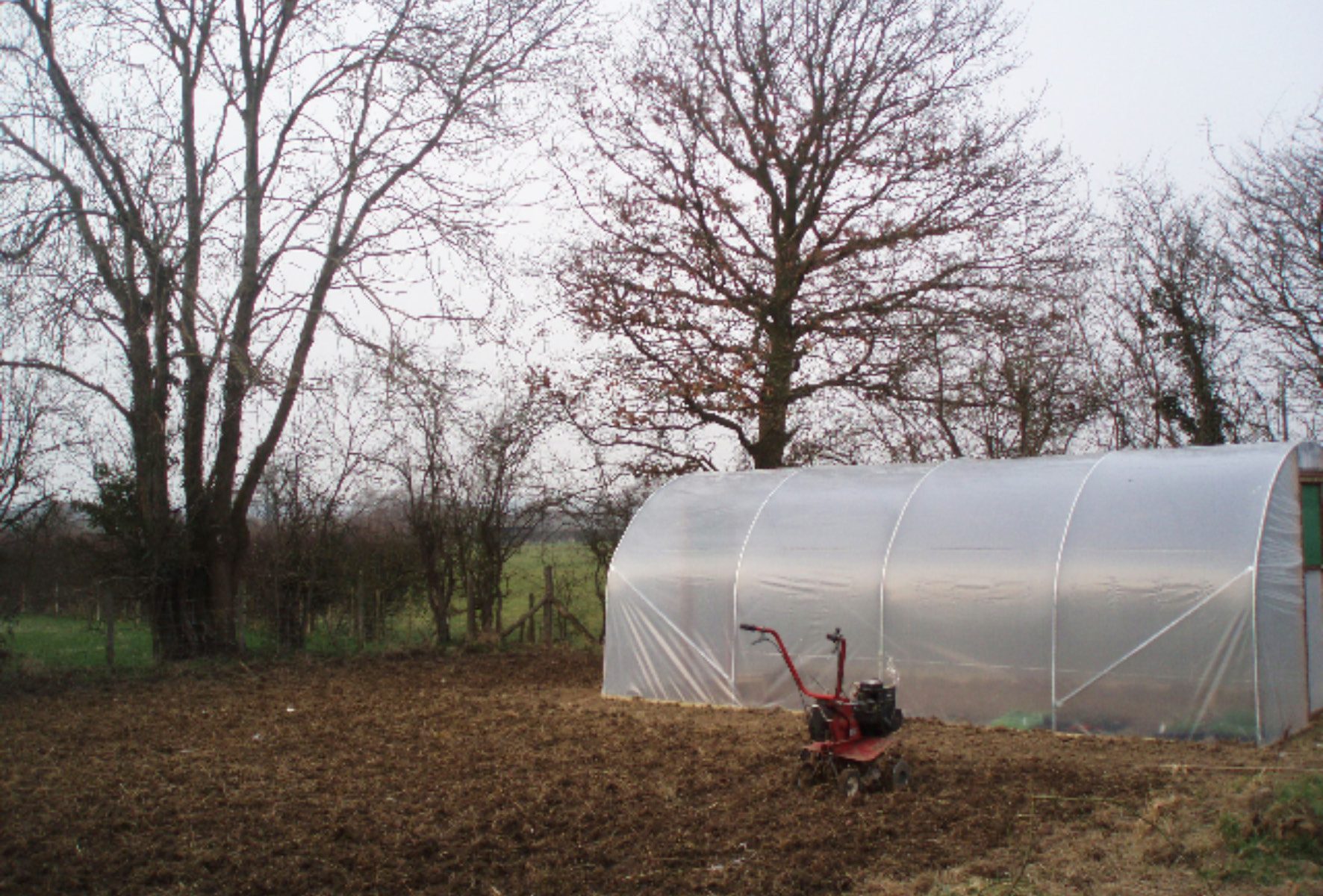 The garden is putting itself to bed for the winter and it’s up to you how much you want to help it do this; you can tidy up behind it, or leave it to its own devices as it sheds leaves and debris about the place, comforted by the thought that you are making cosy homes for wildlife, and that there is a wayward beauty in faded stems and old seed heads, especially in the low winter light, but even grasses have bad hair days. I tend to tidy up in the veg patch, because I have to be a little more organised there and I don’t want to make it too comfortable for lurking pests. It’s also useful to see the beds and attempt to work out in advance which crop will go where next year. I leave the borders to drift along for a while longer though, for poetic reasons, obviously, but also to help me remember what worked, what didn’t and what to tweak about. The foundations of a gorgeous garden are built long before next spring, so let’s make some plans.

This is a good time, when all the distractions of flowers have finished, to look critically at your plants and evaluate them in terms of ‘Seasonal Interest’ and ‘Structure’. It might sound a little hard, but I do expect plants to earn their place in the border – to give at least two points of interest through the year, or be truly spectacular if they can only manage one. There is room for emotional blackmail – plants from our childhoods and those with sentimental associations are allowed (and most of us love peonies and roses even though their flowers are generally fleeting and the rest of the plant lacks, well, most things really). So something like Philadelphus teeters on the edge of my list, a straggly, unkempt and un-trainable mess of a shrub, redeemed every June by the irresistibly gorgeous scent of its white blossom. Whereas an evergreen like Viburnum davidii – overlooked, or shoved permanently to the back of the nursery, is quietly handsome all the time, its large, glossy leaves providing constant structure and reliable dark green-ness (and a little bit of flower and berry too).

Structure doesn’t have to be provided by plants, but in order for the border to work, some definition is required. A border filled with billowing lovelies quickly falls apart without either a backdrop, or some anchoring focal points to hold it together. You will find it easier to see where your garden lacks structure and seasonal interest as the borders begin to be laid bare this month.

A productive garden is immensely satisfying to make, but while you’re in the planning stages, or even while you’re preparing the beds and getting set up (November is an ideal month for this) look deep into your soul and have a think about a few things. I always wear rose-tinted glasses, I’m afraid – imagining myself strolling about in the sunshine, stylish trug on my arm, harvesting blemish-free, delicious looking ingredients for perfect meals, where no-one says ‘Yuk’, or worse, or finds a coiled up caterpillar cooked to perfection on their plate. I’m also over-ambitious and bite off more than most of my family feel like chewing when it comes to some crops (courgette anyone?) and then fail to produce more than a handful of tomatoes (I don’t water them properly). If you are new to growing vegetables, start with reliable crops like beans, potatoes, kale, leeks and salad leaves – and courgettes. Think about what you will eat, how much of it you’ll want to eat and how much time you’ll have available to weed, check, harvest, prepare and cook what you’ll grow. Plan how long each crop will take from sowing to harvest too, as it’s really annoying to spend months nurturing a crop only to go on holiday just as it’s about to be ready for picking.

If you’re clearing last year’s crops at the moment, try not to leave just earth in the beds over the winter. Nature hates a bare patch and will fill it with weeds if you don’t cover the soil up with something. It’s a little late for many of the green manures to be sown now, but field beans and forage peas can be sown until the beginning of November, and it’s never too late to pile on a layer of compost or manure. Digging is out of fashion nowadays (hooray) and unless you’re doing it to keep fit, the worms and other micro-organisms prefer to do it themselves anyway. A layer of mulch will also protect the soil from erosion and nutrient loss, and prevent the weeds growing while you finalise your seed lists and crop rotation plans.

This is a lovely thing to do (rose-tinted glasses at the ready everyone), but I refer you to the section about vegetables above – you’ll be growing a crop, in a bespoke cutting garden, or part of your veg patch and similar rules apply. It is possible, but trickier, to grow cut flowers in your borders. The problem here is cutting them – it’s hard to wade in and deplete the borders when they’re looking at their most floriferous, unless you’re doing a glorified form of dead-heading and picking flowers to encourage more to bloom. If you have the space, try to plan for a selection of cutting material to be available most of the year, perhaps starting with a few winter twigs of an early flowering shrub like Forsythia, Pussy Willow or Chimonanthus praecox that will burst into bloom when brought into the house on a cold February day, then some spring bulbs – Narcissi, Tulips and Alliums, and a few biennials like Sweet William and Foxgloves. The best value – in terms of money and quantity of flowers, comes from annuals. An annual’s job after all, is just to flower (in order to make seed for the next generation) as quickly as possible. Constantly picking annual flowers thwarts this process and causes the plant to keep making new blooms – until exhaustion sets in (the plant will eventually get tired too). Favourite annuals for cutting are Sweet peas, Ammi majus, Cosmos and Sunflowers. Some perennials and shrubs are worth growing for their flowers, but won’t necessarily keep on blooming once you start cutting – Peonies, Delphiniums and Roses are hard not to include, but think also about cutting for foliage and fillers from things like Alchemilla mollis, Cotinus, Pittosporum and ferns.

Things you can action now…

Plan for some autumn and winter interest by planting some shrubs, or a tree or two, now that the bare-root season is here. The period for planting bare-rooted (as opposed to container grown) woody plants stretches from mid November until the beginning of March. This is when deciduous trees and shrubs are dormant, and can be lifted from one bed and planted into another (like sleeping children), without too much stress, so that, in theory, when they wake in the spring they’ll carry on growing in their new space as if nothing has happened. Bare-rooted plants are much cheaper than container-grown specimens, which, if you’re planning to plant a hedge (or an arboretum?) will make quite a saving.

Plan for some spring colour – plant some tulips, either in your flower beds or in pots. Most of the other spring flowering bulbs should be in the ground by now, but tulips suffer from a nasty virus called Tulip Fire, which becomes dormant once the temperature falls in late autumn, so November is a better time to plant them.

It might look like the end of gardening for now, but (bear with me, as this is what brings a glimmer of hope in the darkening days) in the end is the beginning – and the winter won’t last forever. Let’s not give in to the SAD feeling that’s creeping up on us as the nights draw in, but instead go out (or stay in) and get busy preparing for a gorgeous garden next year. 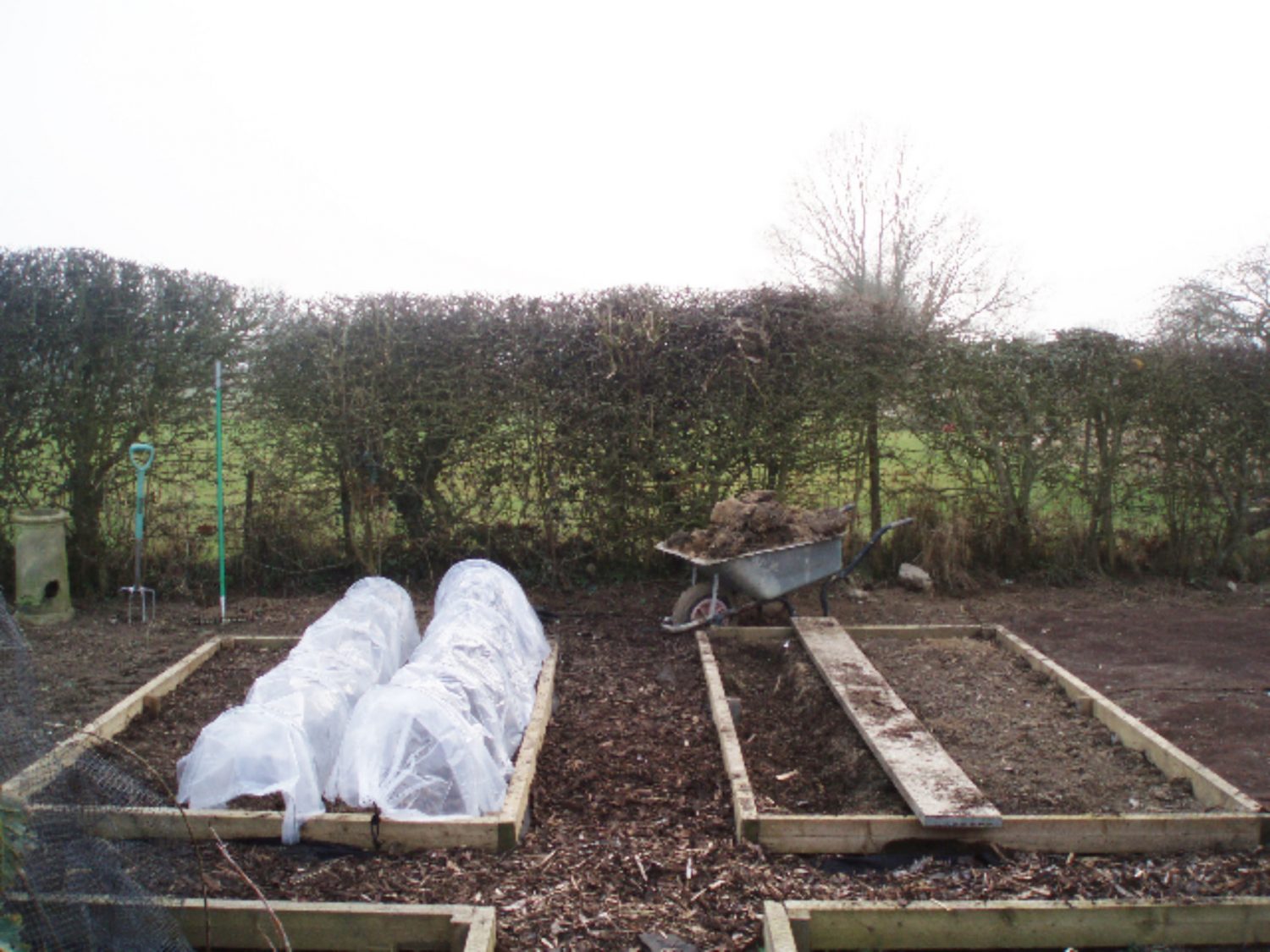 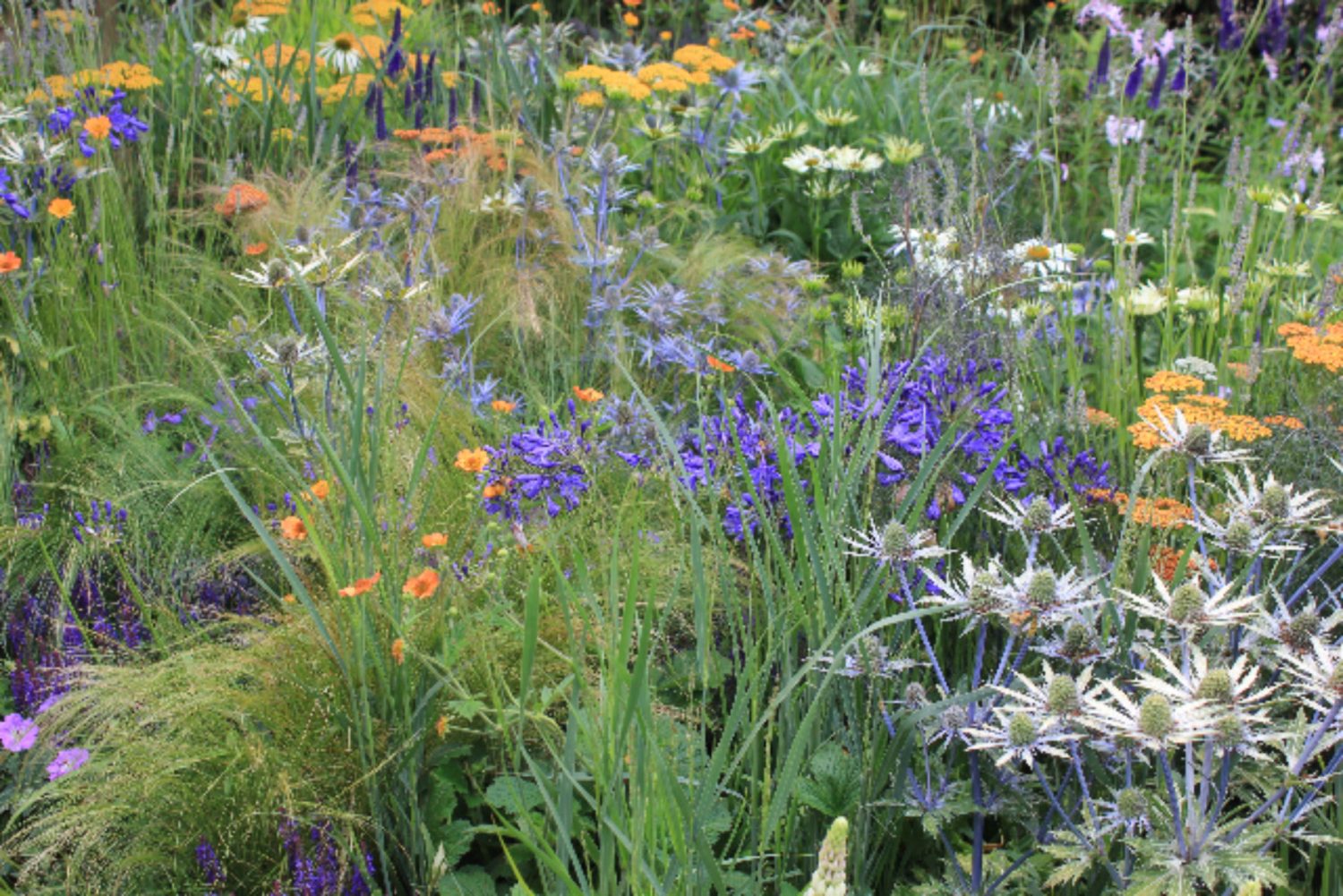