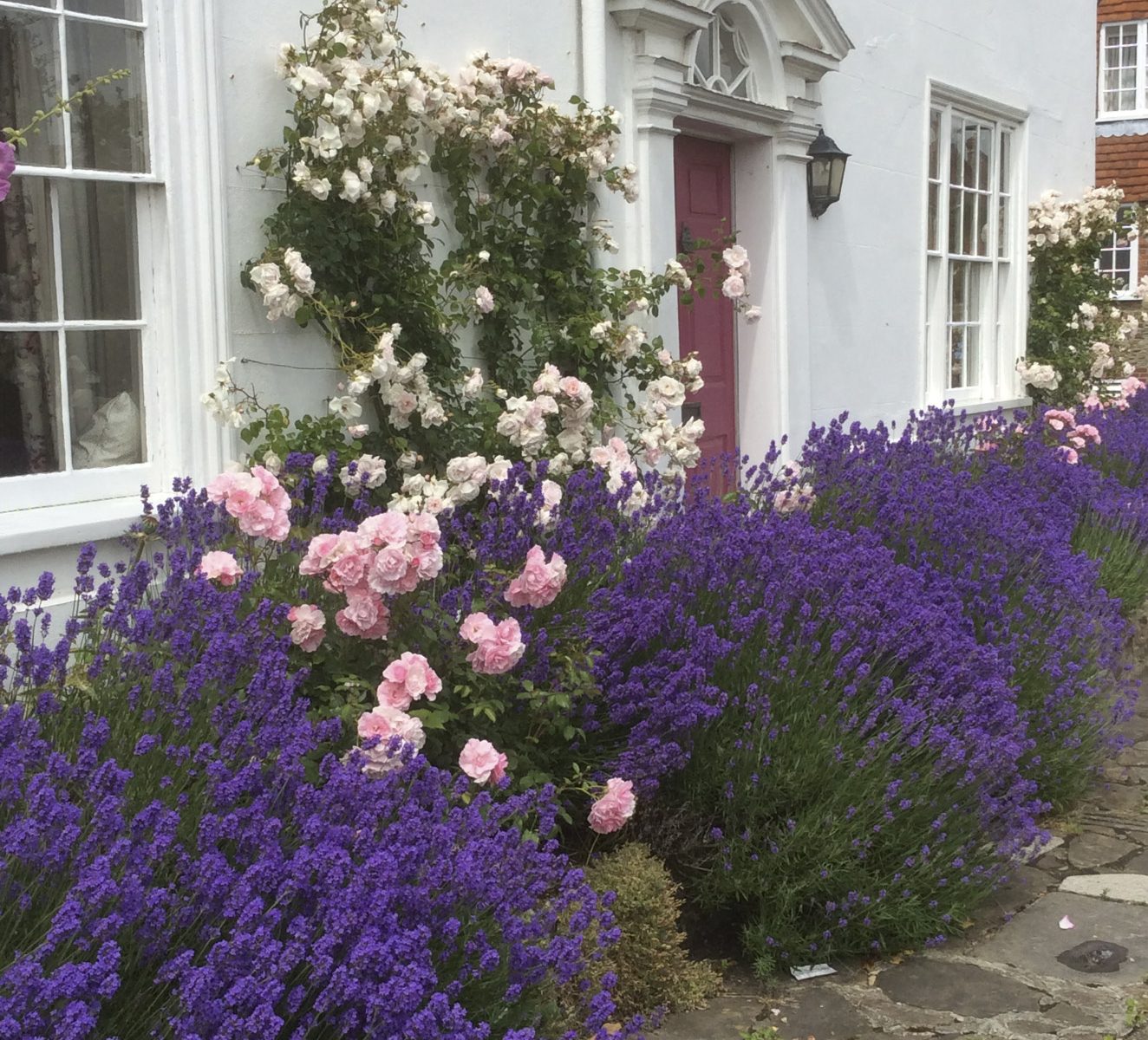 I’ve been driving up to London on the South Circular Road for about thirty years and, despite being not much fun, it gives you a chance to look at front gardens when you are sitting at endless sets of traffic lights – and the news isn’t good. I’m actually struggling to think of one garden I’ve passed there when I’ve thought, ‘That looks good’. The Royal Horticultural Society have done a recent survey and have confirmed that in the past ten years a quarter of all front gardens have been paved or gravelled over. And in London another survey done by the London Assembly using aerial photography has confirmed that twelve square miles of the city are now paved. This is the equivalent to twenty-two Hyde Parks.

But why have things changed so much? To start with, the millions of cars we now own have to be parked somewhere and people would rather park off road given a chance, particularly in areas with prohibitively expensive parking charges. And many households will have more than one car which need to be accommodated.

There was a time back in the 1960s on the Becontree Estate in Dagenham, then the largest council housing project in the world, when the council had the power to evict you if your front garden wasn’t up to scratch. According to a long term resident there, a Mr. Watson who has lived on the estate for 72 years, each and every front garden is now a concrete parking bay. Privet hedges and lawns were all immaculate and working hard in the front of the house gave residents a chance to know their neighbours and encourage a community spirit. Perhaps we can put the blame on the car but many of us tend to keep ourselves to ourselves far more now and just consider our front gardens a working area for vehicles and the enormous bins we have to line up somewhere.

The disadvantages of all this urbanisation and reduction of green space, albeit smallish plots in the main, are obvious. Environmental problems like flooding have been proven with rainwater unable to run off into the earth naturally causing drainage systems to overflow and sewage systems to be so full that their contents have had to be released into the rivers. Hard surfaces absorb heat in the day and release it at night making for uncomfortable sleep and less greenery means poorer air quality and nowhere for dust to be absorbed. There are also fewer nesting places for birds or food for insects.

But it doesn’t have to be like this at all and there are some fabulous front gardens around which can accommodate cars as well as plants and wildlife to provide a lovely green oasis. Plus, leafy front gardens offer what is called ‘kerb appeal’ by estate agents and, of course, tree-lined and leafier roads are more appealing to potential house buyers.

With limited space, the first thing to do is to clothe the walls and fences of your front garden with climbing plants and then plan what sort of front garden you want. Use scented climbers like summer jasmine, or one of the scented clematis like C. montana ‘Wilsonii’ which has the most delicious fragrance and flowers for weeks in June. Fill those lost corners in the front garden with fragrant winter box (Sarcoccoca confusa) or perhaps a daphne. If you have limited space, you could go for Daphne bholua ‘Jacqueline Postill’ which has an upright habit and doesn’t take up too much room but the scent… wow! Neither the daphne nor the winter box need regular maintenance and are so easy to grow as long as you get them off to a good start. There is nothing better than being welcomed home by wafts of perfume.

I think that cottagey front gardens are perfect but can understand that they may not suit the architecture of every house. The cool green and white formal gardens in front of white stuccoed houses in some parts of London are very smart with their use of box hedging, box or yew topiary, white hydrangeas – that sort of thing with plenty of gravel, York stone and brick edging – not much good for wildlife but easy to look after and pleasing to the eye. However, if you like overflowing borders of long flowering plants like Geranium ‘Rozanne’, catmints and Alchemilla mollis you could contain them within box hedging. So simple but very effective and a good source of a few cutting flowers for the house too.

I think that having a porous surface in your front garden is the first step and perhaps just a couple of paved tracks for a car combined with gravel over a permeable membrane. You can have plants growing under the area where the car is parked as long as the car isn’t too sedentary! Try some of the little creeping thymes, or bugle or anything that creeps along the ground. Otherwise interlocking brick pavers let the rain through as does gravel, Matrix pavers which are hexagonal are another alternative as is grass strengthened with plastic Netpave (made by Netlon). This would only do for occasional parking though. Get ideas by looking at other front gardens – not up the South Circular to Catford though – Winchelsea is awash with completely gorgeous plantings of overflowing roses, clouds of lavender and much else. That slow, cool start to the summer has allowed flowers that usually have a short season to somehow hold on for weeks.

During a pit stop at RHS Wisley earlier this week I noticed that the RHS have a prominent campaign on called Let’s Get Greening Grey Britain with a sample front garden complete with car parked over prostrate planting. Let’s hope that it gets us all thinking. 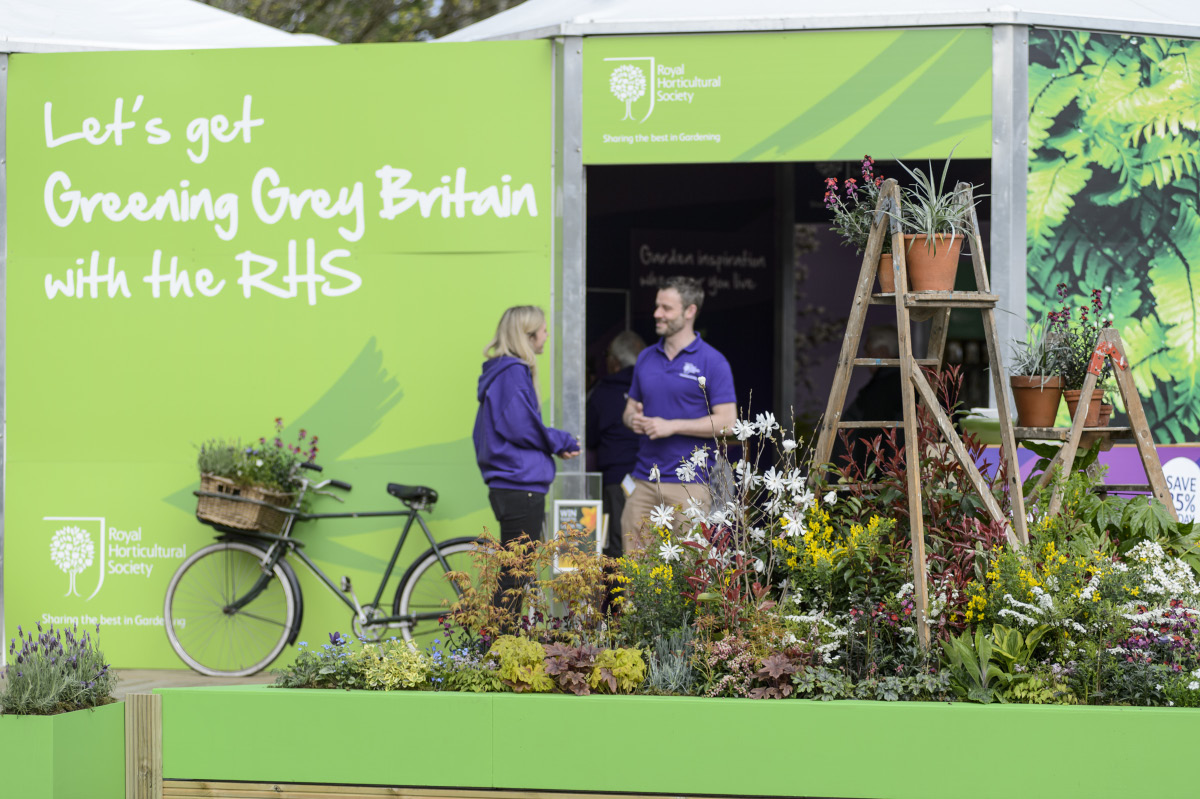