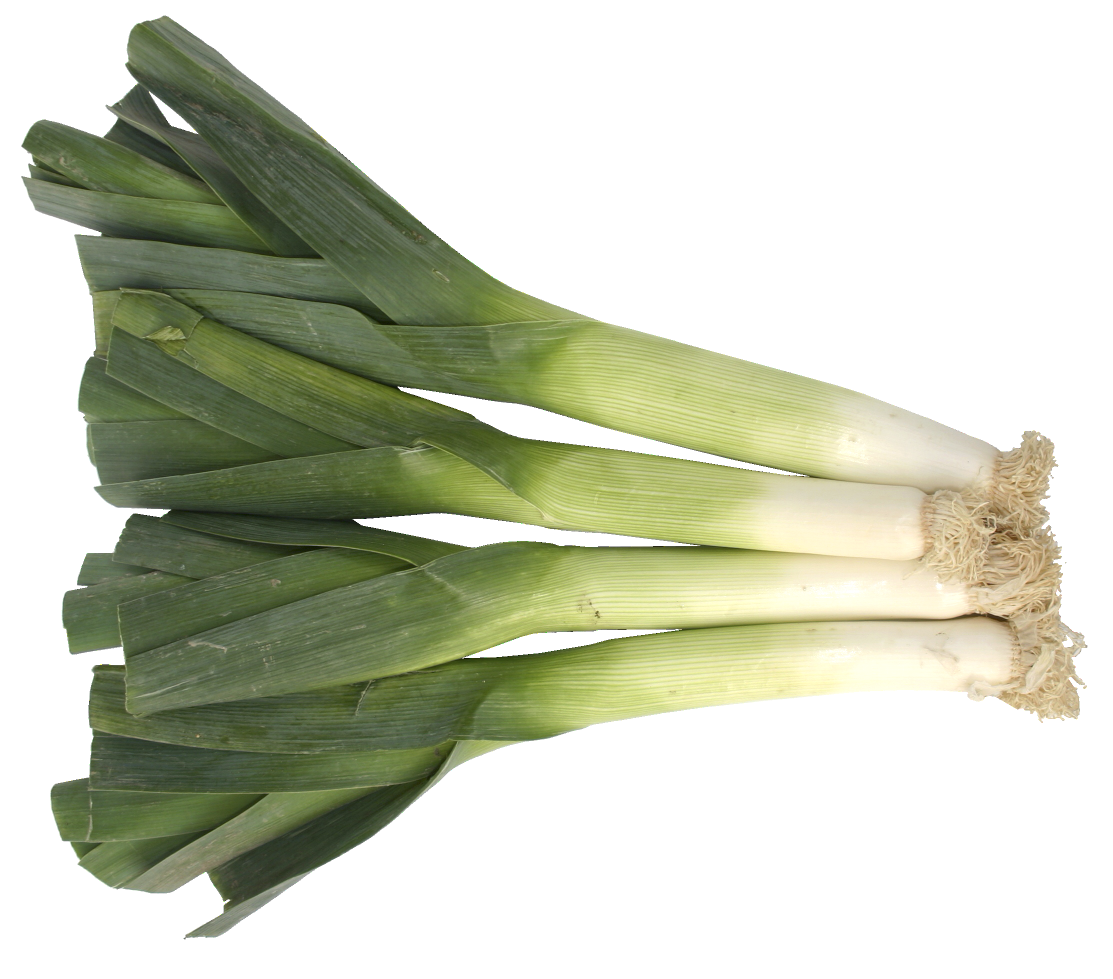 There is a filthy frugality about winter vegetables. Perhaps it’s because so many of them have to be dug up, rather than daintily picked from on high. You can feel it, in the dirt that gets under your frozen fingernails and the dew drop that hangs from your nose; digging up grubby root veg really puts you in touch with the earth, and our heritage – a link to the sort of food that has sustained us since the time before hairbrushes. There is satisfaction and meagre comfort in trudging muddily from the veg patch with home-grown winter fare, but don’t worry if you’ve missed your chance this year; buying them is cleaner, nearly as satisfying and only slightly less primordial. I heard Bruce Robinson (writer of Withnail and I) on the radio this week describing how he was once so poor he lived only on old vegetables that had fallen on the ground at Camden Market. It sounded so bleak, romantic – and weirdly healthy. It put me in the right frame of mind for winter gardening.

Some winter vegetables are easier to grow than others, and some, quite frankly, go beyond a challenge and into the realms of masochism and other bad behaviour (see the beastly brassica section below). The following information is based on my trials and errors, and attempts at growing winter vegetables – with varied amounts of success. We’ll skate briefly through a few of them:

Depending on when you read this – at the dentist in January is too late – you may still have time to plant some crops. Technically these won’t be winter vegetables, as they’ll be ready for harvest in the spring and summer, but overwintering counts in my book. Peas and broad beans are very hardy, especially those selected for overwintering (try the broad bean ‘Aquadulce Claudia’ and a pea called ‘Feltham First’). These will get a head start on spring-sown varieties and should be ready to harvest 4 – 6 weeks earlier than spring-sown varieties.

You will still get away with sowing, or rather planting, some onion sets this month too. These are just tiny onions that will bulk up to edible size over the months, but will be ready much earlier than onions from spring-sown seed. It is exactly the right time to sow garlic though, and there are lots of interesting varieties to try that aren’t available in the shops. Elephant garlic is great roasted whole and served alongside meat dishes.

Leeks are my ultimate desert-island (or perhaps it had better be Hebridean) vegetable. Leeks are sown from seed at the bleak end of winter, or in early spring, because they take a boringly long time to bulk up – gradually thickening up from what look like tiny blades of grass. The only thing you have to do during this time – and this sounds odd, but bear with me – is dig them up once they get to pencil thickness, and then replant each one in a much deeper, wider hole. You’re then supposed to leave them lolling about in their holes to stop grit getting between the layers, though I often back-fill the holes. This is a form of blanching and will give the leeks a long white shank, which is the tenderest part.

Kale is the best-behaved of the brassicas and deep dark greenly good for you; grow some kale and the vitamins burst from each leaf and march down the path to greet you. For winter harvests, sow in July or August. You will need to protect against the pesky cabbage white butterflies for the first few weeks, until they’ve gone away for the winter, and then against pigeons – although if you’re a good shot and not squeamish, kale-stuffed pigeon sounds quite delicious.

Parsnips are easy if you have the right type of soil. They like free-draining conditions and not too much manure. Too much causes the roots to fork and fang and they end up looking like monsters from Dr Who. Parsnips are supposed to taste better after a frost, as some of the starch in the root turns to sugar, but you might need a pick axe to dig them up if the ground freezes solid.

Spinach is much easier to grow in winter than in the warmer months when it can bolt (run to seed) almost immediately. Some varieties are hardier than others. Perpetual spinach (often called spinach beet) is very tough, but other varieties will appreciate the cover of a cloche. Growth will be slow during the winter months, so sow plenty in late summer to last you – remember how the leaves wilt to nothing once they’re cooked.

Pak Choi and oriental greens are, like spinach, great to grow in cooler weather; in fact, really don’t bother to grow them at any other time of the year, if the weather is warm they’ll rush to make flowers before you get a chance to pick them.

Swiss Chard – I grow this because it looks so beautiful, even if no one eats it. It is similar to spinach, but the leaves have a thicker stem. In some varieties the stems are brightly coloured (‘Bright Lights’ is a good one) which brings a welcome, if somewhat startling splash of colour in the veg patch. The leaves may wither in very cold weather but, by early spring, new ones will grow.

Winters are long, but life is short, and I have made a decision not to grow too many brassicas (cabbage, cauliflower, Brussels sprouts etc). My reason is threefold: I have sandy soil – brassicas like compacted clay, they are plagued by every pest that ever walked, flew or crawled across my garden, and they cost so little to buy in the shops. The exception to this is kale and also purple sprouting broccoli. Providing you net it against pigeons – or get ready with that gun – this tall-growing but delicious broccoli will overwinter well and be ready to harvest at the end of March/early April, when there’s nothing else on offer in the veg patch.

The one thing that many winter vegetables have in common is that the growing period is long, so they must sit out there for months and suffer the slugs and sparrows and other outrageous misfortunes. Some, like the sturdy leek and other stalwarts mentioned above are able to stay untouched for long periods, but others (mainly in the wretched brassica family) are beset by an endless stream of pests, diseases and conditions related to the weather and the soil.

Most winter vegetables will tolerate low temperatures and frost. Cloches are a good solution to help protect leafy plants like pak choi, spinach, and stir-fry salads and greens. They’re also useful for warming up the soil in the early spring. Fleece will keep the frost at bay, and adding a cosy mulch will act like a winter blanket for permanent crops like artichokes and help prevent weed germination.

Netting is a good solution for pests above the ground, but be careful that birds don’t get tangled up in it. Pests below the soil can munch away happily without you noticing them and can be a problem for root vegetables. Keel slugs – the small black ones – burrow under the ground and eat things like potatoes, parsnips and carrots. To avoid this you can lift root crops and then store them in damp sand somewhere cool. There are other more specific pests that may attack the roots of other vegetables. Crop rotation is often a good solution for these, as it helps stop the build-up of crop-specific pests and diseases.

Growing winter crops can be rewarding, and if you take a few precautions and choose the right crops, they can be lower maintenance than fair-weather vegetables – with all their whoosh and weeds and wide-ranging pest proliferations. It might not be as cheerful looking – especially once I make a dishevelled-looking scarecrow with the face of Richard E Grant in my patch for company – but there’s definitely some, at times grubby and grim, satisfaction to be had. Turnip anyone? 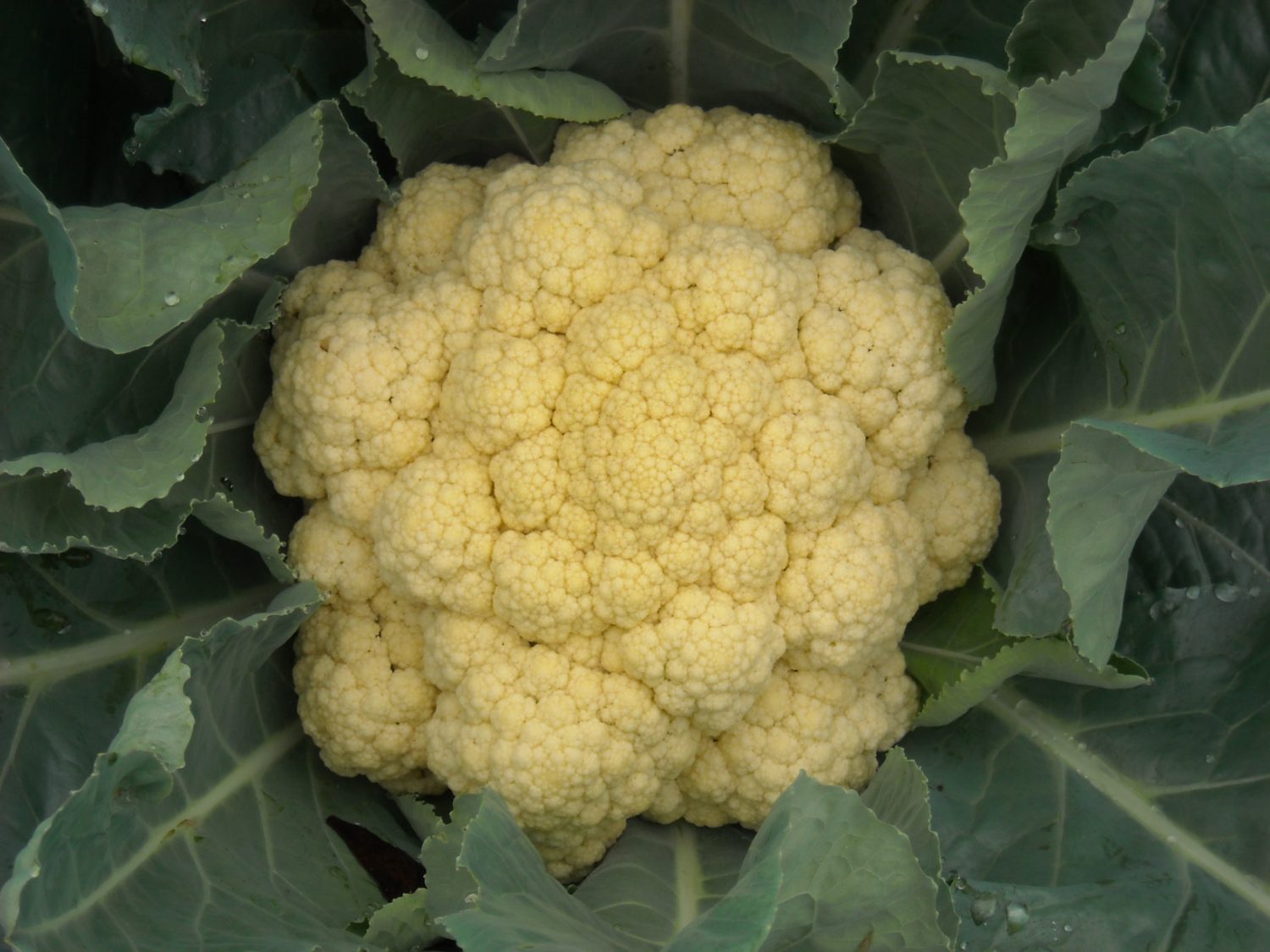 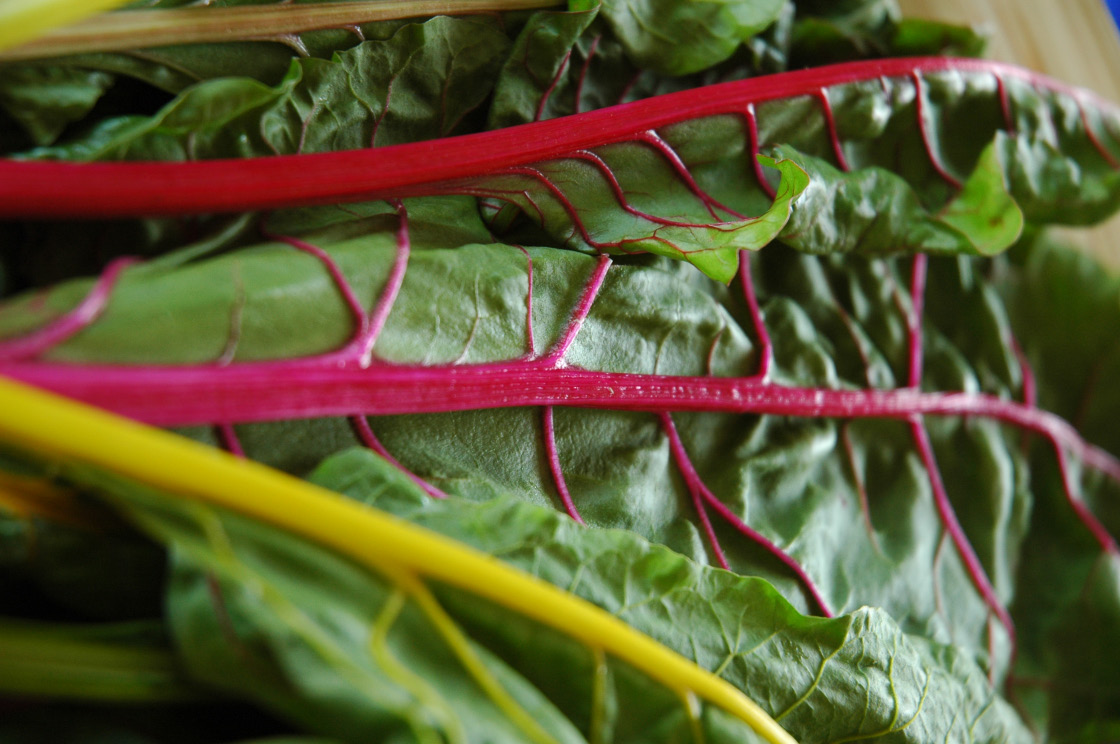 Swiss chard is similar to spinach, but the leaves have a thicker stem 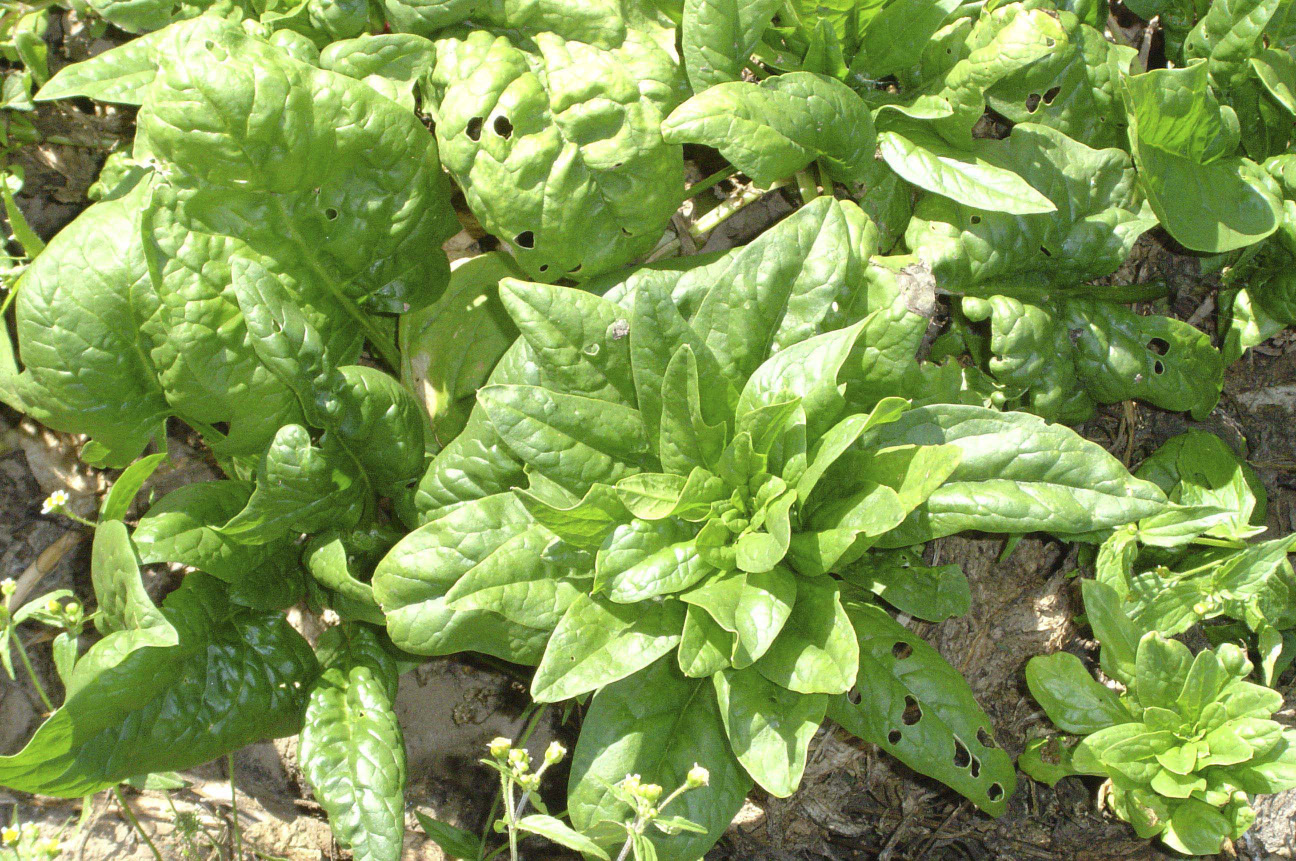 Perpetual spinach (often called spinach beet) is very tough, but other varieties will appreciate the cover of a cloche 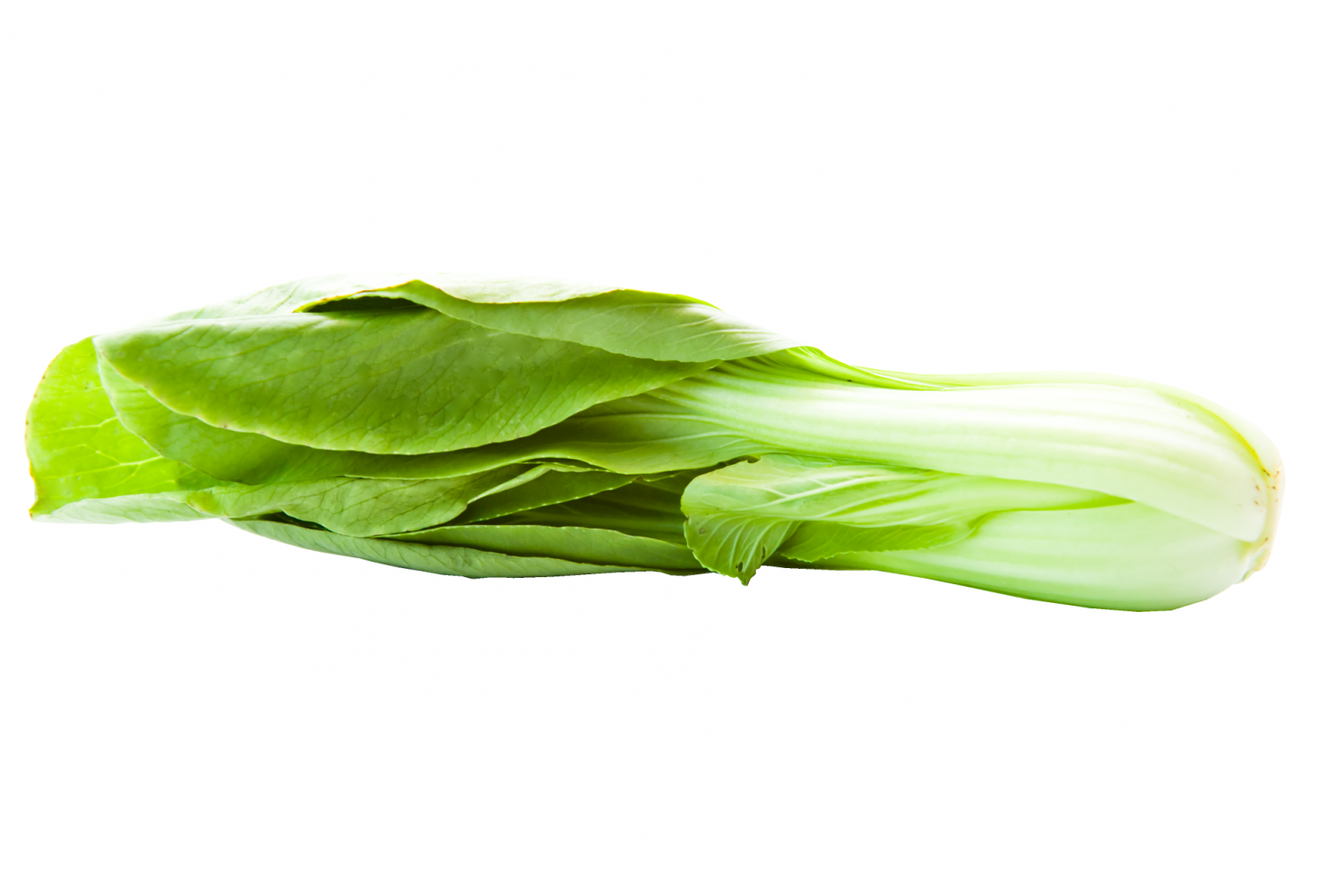 Pak Choi and oriental greens are, like spinach, great to grow in cooler weather 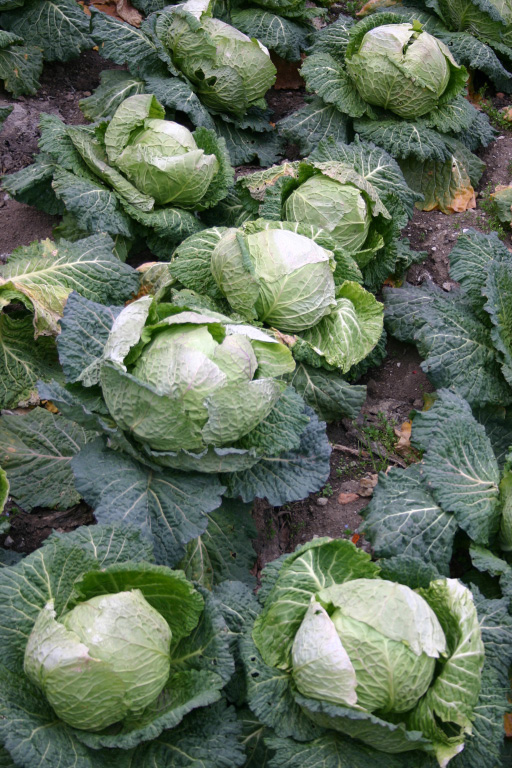