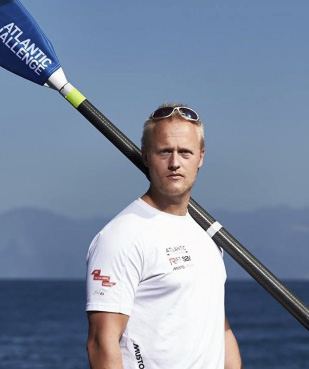 During his school days, Olly displayed a great strength of character and worked hard, and went on to be a high achiever. After St Edmund’s and Loughborough University and via some rally driving in Mongolia, Olly became an Army officer, was commissioned into the Royal Engineers and subsequently completed the All Arms Commando Course, serving in Operational tours in Afghanistan with the Royal Marines.

Earlier this year, with his close friend Dan Parsons, Olly participated in Talisker Atlantic Challenge which is dubbed the world’s toughest rowing race. He rowed the 3000 miles across the Atlantic Ocean from La Gomera in the Canary Islands to Antigua in the Caribbean in an open boat to raise money for ABF, The Soldiers’ Charity and Prostate Cancer UK. Olly and Dan won the pairs race in 42 days, 17 hours and 59 minutes – a remarkable feat.

Olly said, “Having never been in a rowing boat before this adventure was certainly a baptism of fire at times. The challenge and Ocean rowing in itself, without doubt, drew on so many of the skills and qualities that I learnt during my time at St Edmund’s and then became a foundation for my military training. Courage, Determination, Unselfishness and Cheerfulness in the face of adversity were all tested on a daily basis.”