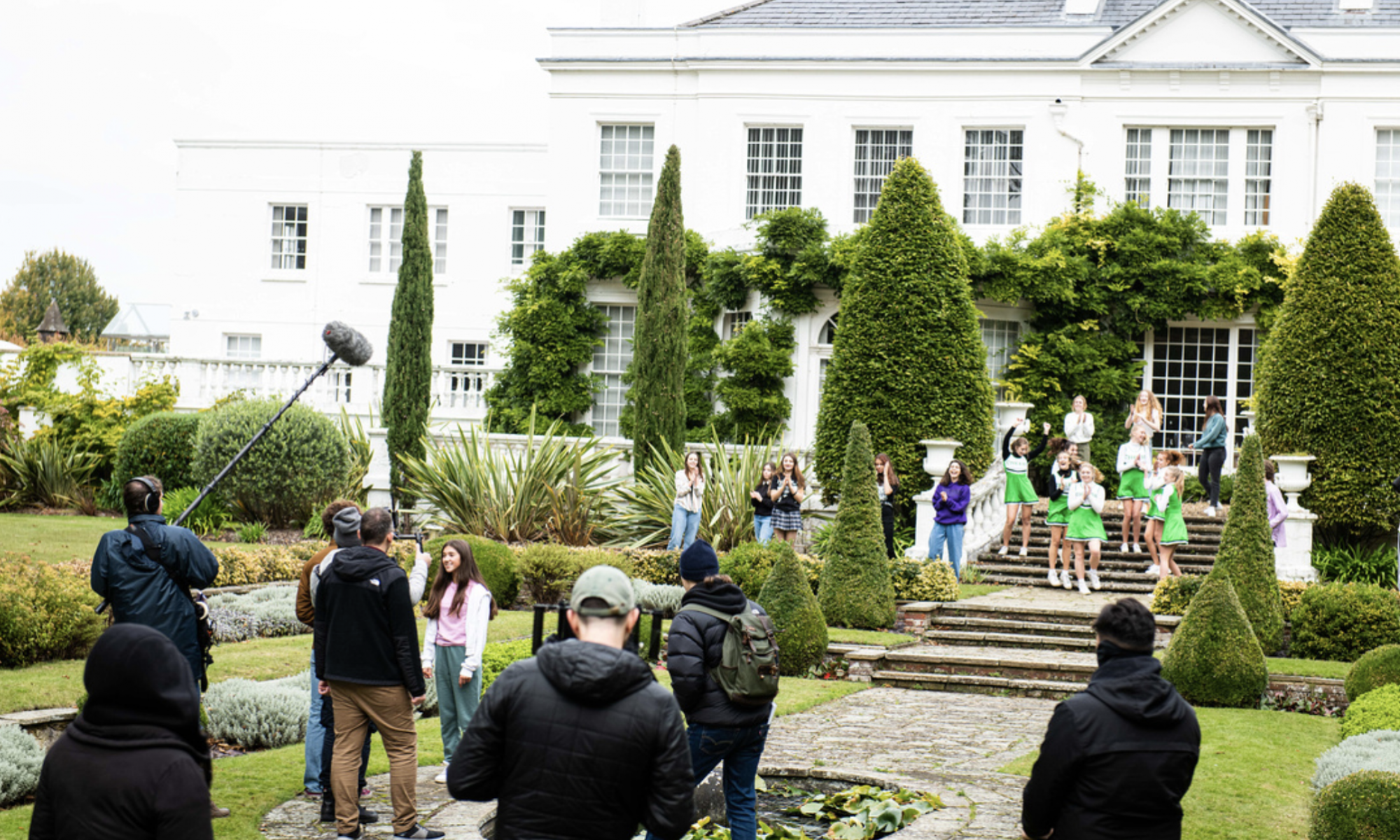 Rising to the challenges of running a drama department during a global pandemic, ACS Cobham enlisted the help of industry professionals to create a film together

High school students at ACS International School Cobham have created an uplifting prom-themed film as an innovative way to continue, and evolve, the school’s performing arts programme despite Covid-19 restrictions.

Recognising the importance of the performing arts, and as a way to ensure this year’s students were able to showcase and develop their drama skills, the film was created as an alternative to the school’s annual musical production which was not able to take place.

The film was created by 25 high school students, aged 14-18, taking drama at ACS Cobham and was managed by Georgia Sidell, High School Drama Teacher. ACS’s drama department brought in industry professionals Bethan Leyshon from BBC Wales as a scriptwriter and award-winning production company, Slick Showreels, whose crew included a full team of cameramen to capture the film, a sound team and director of photography. Louis Russell, director of the Slick Showreels team, held a Q&A session with students on filmmaking, providing them with plenty of insider knowledge.

The students worked together to create a script, choreograph dances, rehearse, act and film the production. Bethan Leyshon worked with them to develop a script that embedded their own experiences and anecdotes. Maxwell, an ACS student who worked on the project, said: “Working with Bethan was really cool. It was great to have a designated writer because she was able to pull our ideas together into something coherent.”

The crew shot the majority of the film outdoors, making use of the open and varied spaces of ACS Cobham’s 128-acre campus. On set, the safety of everyone involved was of the upmost importance and the team worked with a COVID-19 advisor who ensured all the necessary precautions were carried out.

Barnaby Sandow, Head of School, ACS Cobham, commented: “The arts are invaluable as a profession, a pastime and a form of entertainment – seeing our students working on a production that is of equal quality to a professional film has been an absolute pleasure. As a result of this project, not only were students able to work with and learn from high-level professionals in the film and television industry, but they now have a film that they can keep for many years to come. The students did all of this while working together under very tough circumstances and I’m looking forward to seeing the final cut of the film in 2021.”