A Touch Of Frost 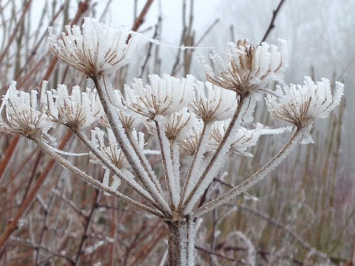 We’re still dreaming about a visit to Sweden one December some years ago. The snow was piled high and this particular day was exceptionally beautiful with an intensely blue sky. We were attempting to get to the old school house on foot where a lady, complete with rosy cheeks and a floury apron, opened up every so often after a baking session and sold deliciously more-ish Swedish delights from her kitchen. The best part of the morning though was marvelling at the hoar frost on the birches that we passed. Each looked as if its branches had been draped with a million sparkling crystals.

There are a lot of plants, particularly rather architectural ones, that hold on to their seed heads which, after a frosty night, evoke a similar scene. And should we not have any cold and frosty nights, we can cut down seed heads, take them indoors and spray them white, silver or gold. So much prettier than bought baubles.

Hedgerows are a good source of material and we’ve noticed that the grasses along the Royal Military Canal have dried into the most beautiful colours and shapes and are worth a closer look. Any of the umbellifers are worth collecting now and hanging upside down somewhere to thoroughly dry out and to then be sprayed for indoor decoration. One of our best Christmas presents a few years ago were three enormous allium heads sprayed silver which lasted for at least three years when we decided it might well be time for a change. I think these must have been A. cristophii which flower in early summer but persist really until the end of the season, gradually becoming bleached. Let a few heads remain in the border though so that their seeds have a chance to ripen and self-seed.

Clematis vitalba or Old Man’s Beard scrambles through field hedges and thickets and its feathery clouds of seed heads look lovely sprayed and made into wreaths for Christmas. Add them to willow or coloured cornus stems. If you haven’t already got the plant in your garden, perhaps collect a few seeds, grow them on and plant them out where you have a mind to and where the plant can scramble and weave its way through the odd host plant or two to its heart’s content.

Another lovely native plant which provides such handsome seed heads is the wild carrot or Daucus carota. This is another umbellifer with a flat flower head. However, as its seeds ripen it changes shape and becomes a concave ‘bird’s nest’ on long dried stems. So attractive and perfect for either growing in the garden or collecting for the winter seed heads alone. There is a giant form of wild carrot (Daucus carota ssp. maxima) found in Crete and other areas in Southern Europe, which has a large rose coloured flower and which reaches a height of 1.5 metres. This one too produces great bird’s nest like seed heads perfect for drying and spraying for winter decoration. And for those of you with the room for huge plants in the garden which can be dried and turned into ‘frosty wonders’, try giant fennel. Actually Ferrula communis (giant fennel) is related to our garden fennel but doesn’t come from the same family. This dramatic giant, again from the Mediterranean, but which can be grown here on most soils as long as the drainage is good, reaches an impressive fifteen feet when at its happiest.

The artichoke family produces some great seed heads which dry spectacularly and make great winter decorations. You can eat a few of the artichokes and leave a few. We’ve made the mistake of rather neglecting our plants this year. They have dried out and it shows. They are hungry feeders and would have appreciated a mulch of good organic matter especially when they were first planted out. The seeds are pretty accommodating too and pop up quite happily in a seed tray or in a few pots on a window sill as early as February. I think that the combination of their large jagged silvery leaves and decorative flowers are fabulous either in the vegetable garden or in the border. Try different varieties. I like ‘Purple Globe’ or ‘Romanesco’ as the flower buds are purple as they open and are particularly handsome.

What else might you grow for seed heads that look wonderful in the frost? How about phormiums with huge architectural stems and lots of dramatic dark seed pods or the honesties with their seed pods which resemble flat transparent discs. Try ‘Corfu Blue’ which is such a pretty plant although not quite as robust as some. Or Phlomis Russeliana. Now that looks sensational in the winter provided you remember not to cut the flower stems down when you are having a tidy up. The upright stems with their whorls of spent flowers look particularly pleasing with a dusting of frost on them. Otherwise, agapanthus heads can be saved and dried until those dark winter nights when you might want to spray them for Christmas decoration. It’s always difficult to cut down agapanthus heads as they are rather glorious but unless you want to propagate from the seeds, it is always an idea to remove them from the parent plant so that it doesn’t waste its energy bulking up the seeds.

Finally, grow some of the many eryngiums that there are on the market and bring these in to use as decoration. Either way, in the garden or cut, they are pretty fabulous plants as their spiky forms contrast so well with other herbaceous perennials. The most dramatic one is E. agavifolium which, as its name suggests, resembles an agave but it is a sea holly with long, serrated, evergreen leaves and grey green flowers. Another one which would look marvellous in an arrangement would be E. giganteum which also goes by the name of Miss Willmott’s Ghost. As it is such a handsome plant with its flowers surrounded by a silver grey ruff (and an absolute favourite for bees), Miss Willmott would sow it in all manner of gardens as she visited before anyone could stop her, obviously absolutely sure that everyone should have some. You might need to collect these up to use for winter decoration by the middle to the end of September as they tend to collapse a bit after that. You might as well as they die after flowering but no matter, they will have left a legacy of quantities of seed to carry on the line. 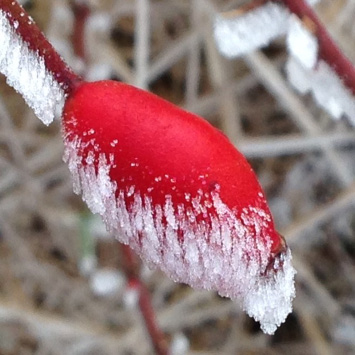 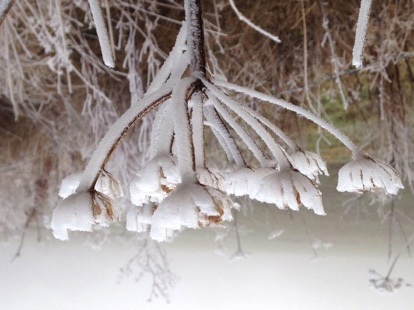