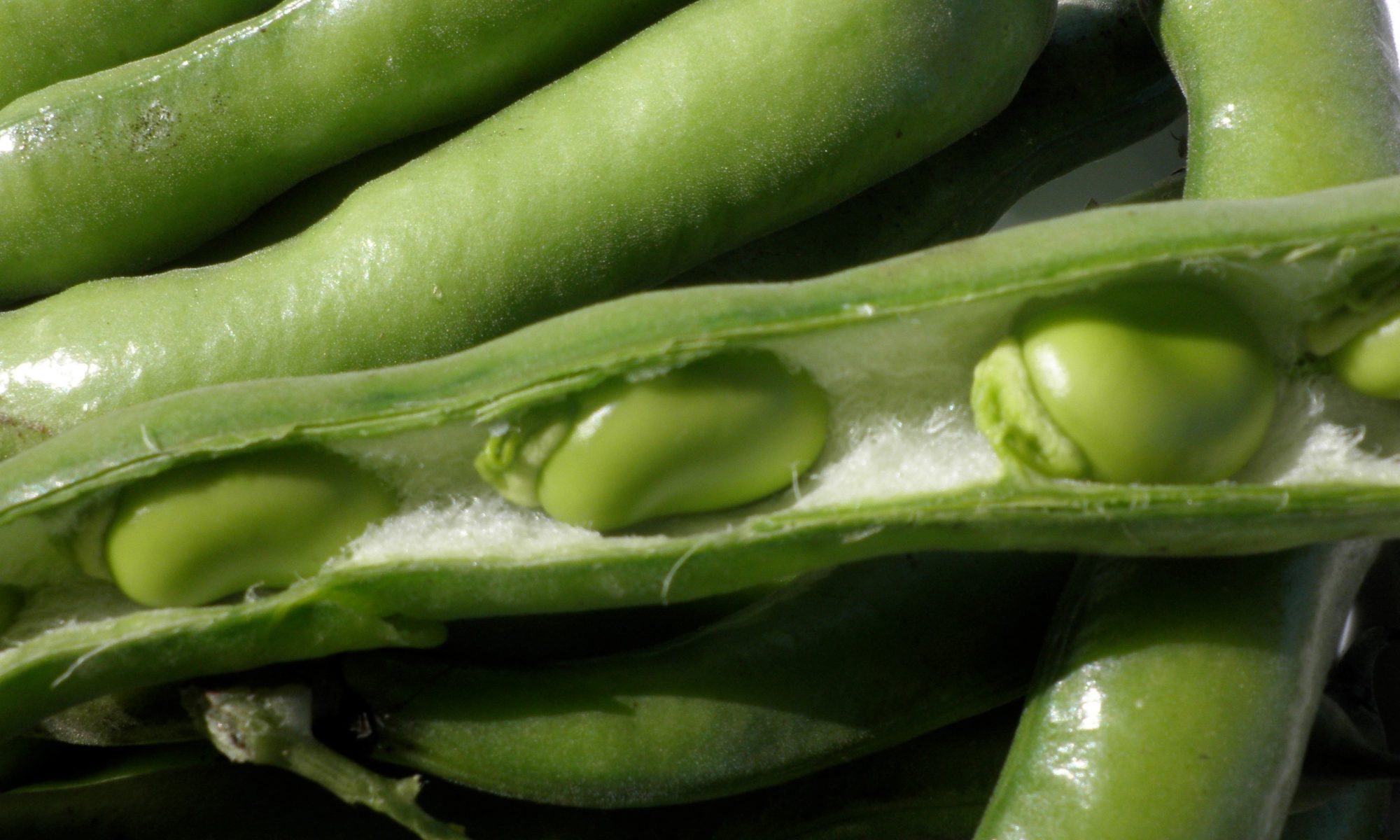 It’s all about to take off in the vegetable garden and the first of the summer harvests are just around the corner. The weather and soil are warming, the light has come back and the garden is properly waking up. April is the perfect month for sowing quick-to-mature crops that will be ready in a few weeks time and also for starting off tender crops under cover to plant out when the frosts have gone.

Some of us have been waiting since October for this moment. That same some of us (we know who we are) have also, in previous years, ended up with an enormous glut of crops; either too much of one thing, or a single glorious harvest of everything in late summer – and nothing before or after. The beginning of the season is an exciting place to be, but it is just the beginning and we must plan before we plant – and keep our cool.

You can tell when it’s time to start sowing crops directly outside if you look at a patch of bare earth in the garden. Tiny weedlings will be popping up, eager to conquer the world. Weeds have learned to be cunning and are always ahead of our pampered plants, but we can use them as coal miners once used canaries, as a sign that it’s safe to sow some seeds of our own.

In newly cultivated soil you will often see a great rash of weeds appear, brought up to the surface through cultivation – and mingling disastrously with precious seedlings. It is worth preparing the soil a few weeks before you sow; then you can hoe off the weedlings prior to sowing or planting the crops.

Sow in rows, because this makes it easier to spot your crop when it emerges – weeds are wayward outlaws and don’t care for straight lines. You can avoid most of the direct sowing pitfalls by growing crops in pots and planting them out once they’ve grown a few leaves. You can buy them at this stage too. It is not cheating, but it does mean you don’t get a huge choice of cultivar.

Vegetables like French and runner beans, courgettes, tomatoes, squash and sweetcorn are not frost hardy, so cannot be safely grown outside until at least the middle of May. The problem is that in order to get a reliable harvest, many of them need to be started off before this. Sow seeds under cover – on a window sill or in a greenhouse and then gradually harden them off before planting outside.

These crops (like some of us) need lots of hot summer days for best results, so find a warm sheltered place for them. They can be thirsty too, especially those that form fruits or juicy pods, so they may need extra watering if the weather does become hot and dry.

My soil dries out quickly, so I usually dig something called a ‘bean trench’, which involves making a trench in the bed about 50-70cm deep and filling it with a combination of kitchen waste and compost. You can use anything organic that will help to hold in the moisture; I have used newspaper, cardboard, old woollen jumpers, even an old hat. Then pile on some soil and plant the crop. The compost layer will act as a reservoir later in the season and keep the roots cool and damp in dry weather.

A few vegetables respond to warmer weather by getting overexcited and running to seed almost as soon as you’ve sown them. These cool weather crops do not like hot dry weather, so grow things like spinach, rocket, coriander and oriental greens in early spring or late summer and avoid growing them at the height of the summer.

If you are impatient to see results, there are vegetables that will spring into action and be ready for harvest in as little as 3-4 weeks. The fastest maturing crops are probably leafy salads; look for seed packets of ‘speedy’ salad mixes. Radishes are also quick to grow, and kohlrabi is also speedy. There are other leafy crops, like rocket (the name gives a clue), some mustards, spinach and oriental greens. Be careful when you sow these, though, as they are prone to bolting (running to seed and turning bitter).

Growing in succession is the ideal way to avoid a glut, but it doesn’t work with all vegetables. The idea is to sow a small quantity at regular intervals, ensuring that you spread the harvest. I have done this successfully with peas, French beans, salads such as loose leaved lettuce and rocket and other fast growing vegetables. The problem comes when the weather starts to warm up and speeds up the rate of growth, so that later sown crops quickly catch up with the earlier ones.

This works well with salad leaves, as you can harvest the outer leaves, let the plants recover, then cut again. I find that after two or three cuts it is best to sow a new lot, but it is possible to make one row of salad last a whole summer.

Even if your plot is tiny there are ways of growing crops – climbing plants like beans and small pumpkins make use of the vertical growing area (i.e. the sky) and there are dwarf, but bountiful versions of many crops that can be grown in containers or squeezed into corners.

I have talked before about growing three different vegetables together in one space; the ancient native Indian technique called the three sisters involves squash, climbing beans and sweetcorn all grown together and using each other for support and nutrients.

Beans climb the sweetcorn and feed the soil with nitrogen, sprawling squash plants provide shade and suppress weeds, but (as often happens when three sisters are grown together) the result can be a bit chaotic.

Too much of a good thing

Even if courgettes are the mainstay of your diet, I promise that you will only need two plants. You may only need one, but for pollination purposes it will help to have more than one plant. Do not plant a whole row.

Fortunately, there are 101 delicious recipes for courgettes, less for monstrous marrows, which is what they turn into when you’re not looking. Beans and tomatoes can also be overwhelming. If you can’t help growing in quantity, make space in the freezer, or cultivate some new friends to offload your surplus onto.

If you have a dedicated place to grow your vegetables, then it is well worth growing a permanent crop – asparagus and artichokes are top of my list. They do take a few years to establish, but will then go on to provide regular harvests for many years to come. Asparagus beds just need to be kept weed free and supplied with an organic mulch in spring or autumn. Artichokes form impressive, architectural clumps and look just as good in the borders as in the vegetable garden.

The mad spring rush is hard to resist, but with just a little planning, we will be able to sow the right thing, in the right quantity at the right time – in theory at least. Let’s get out there. 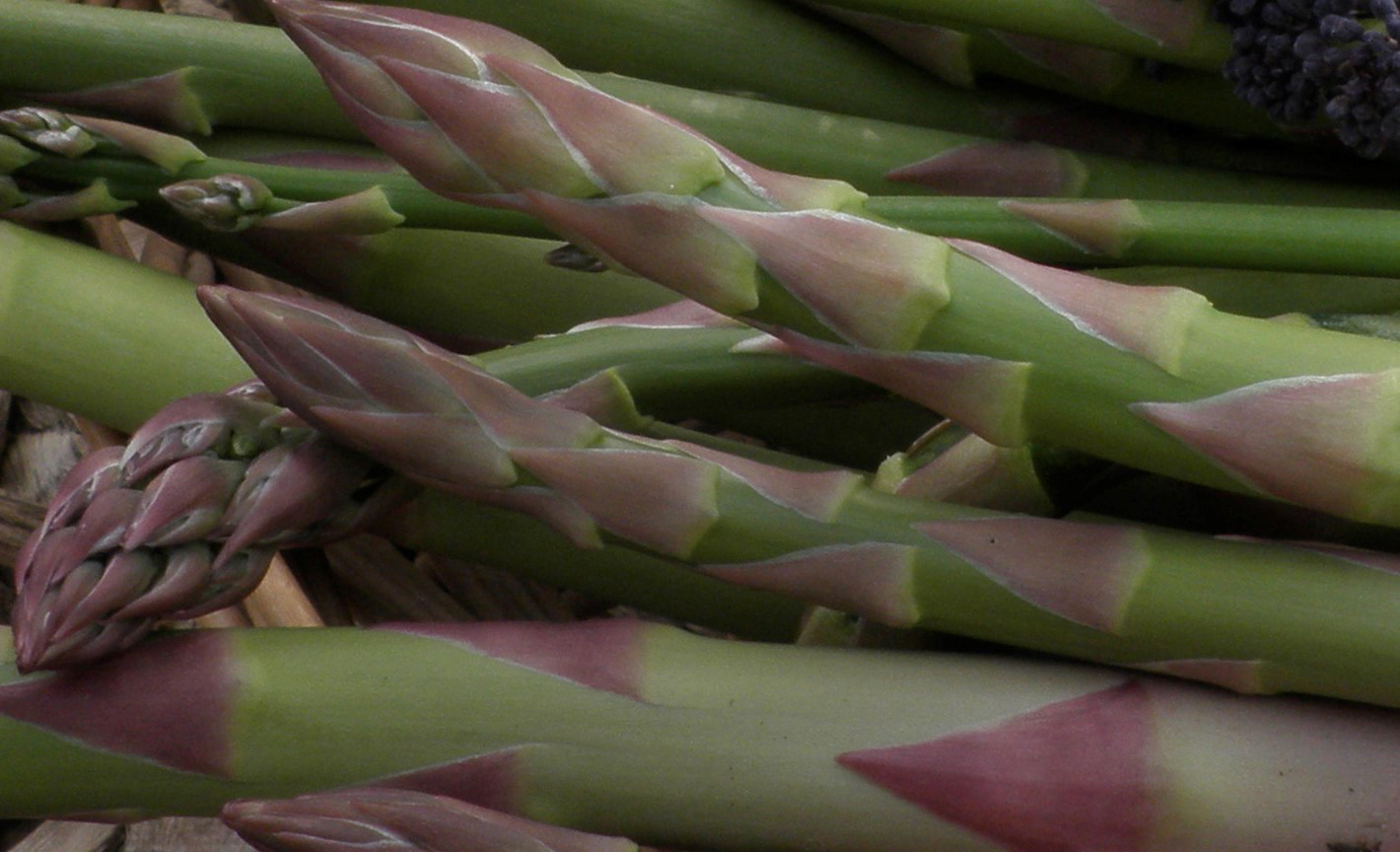 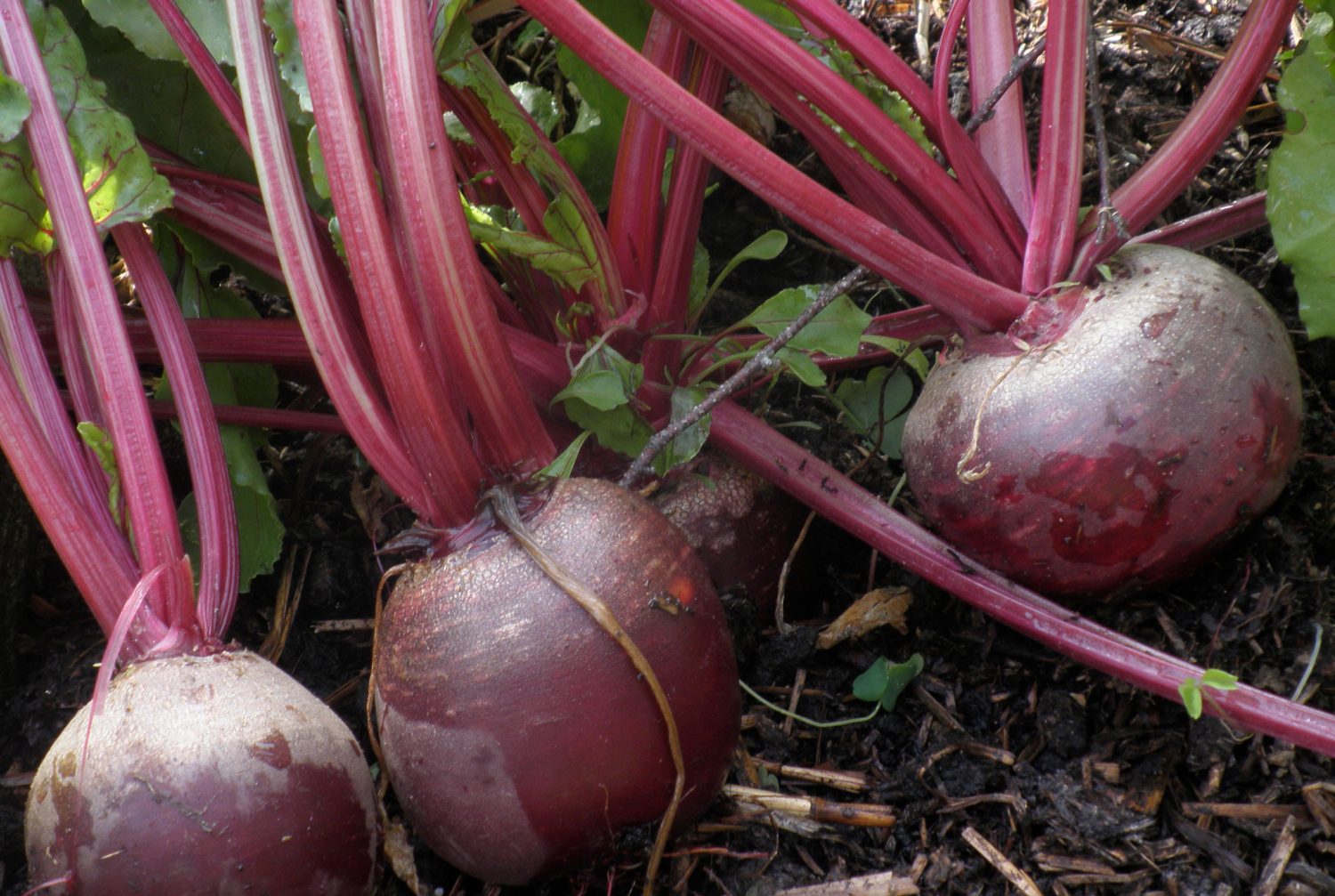 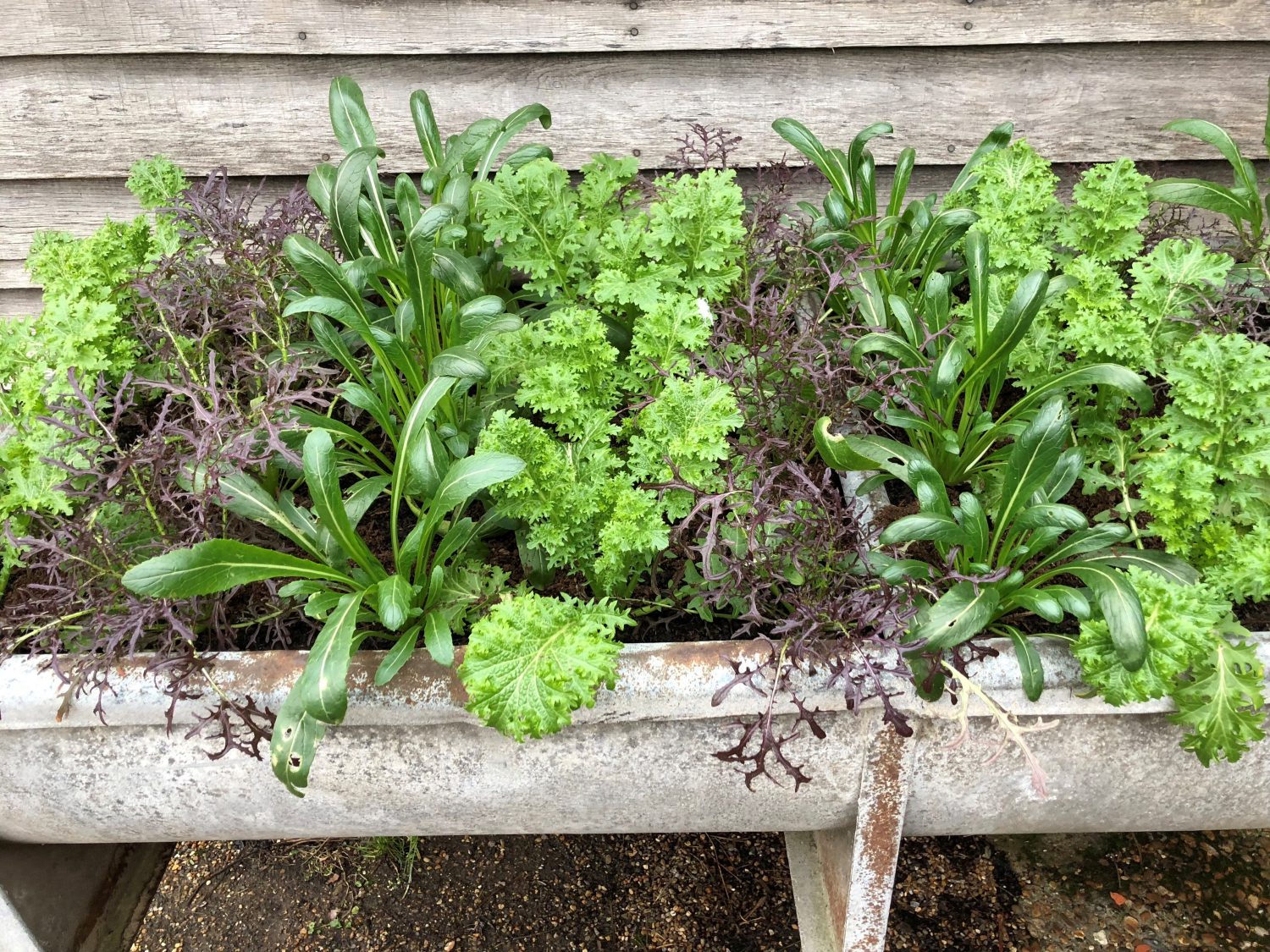 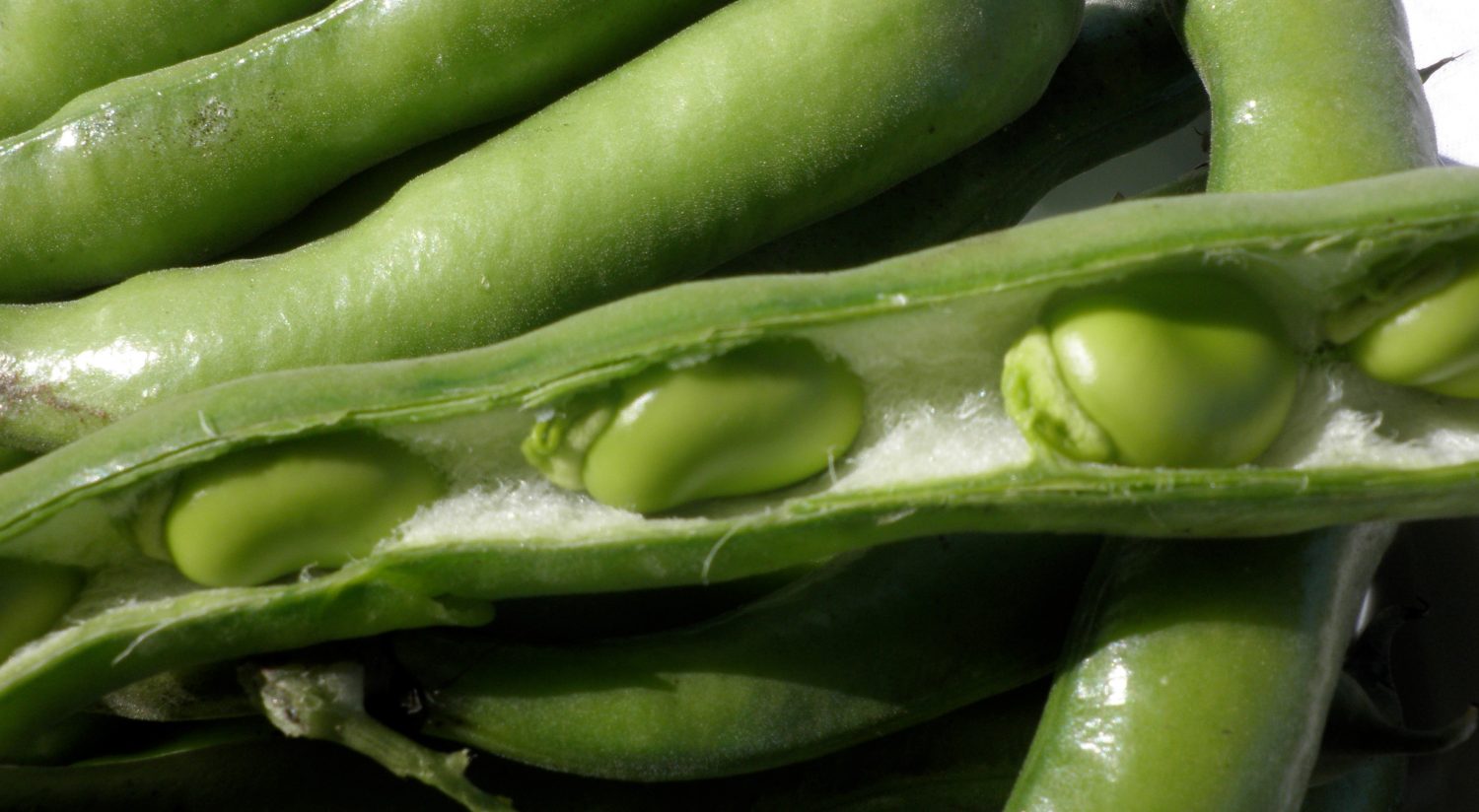