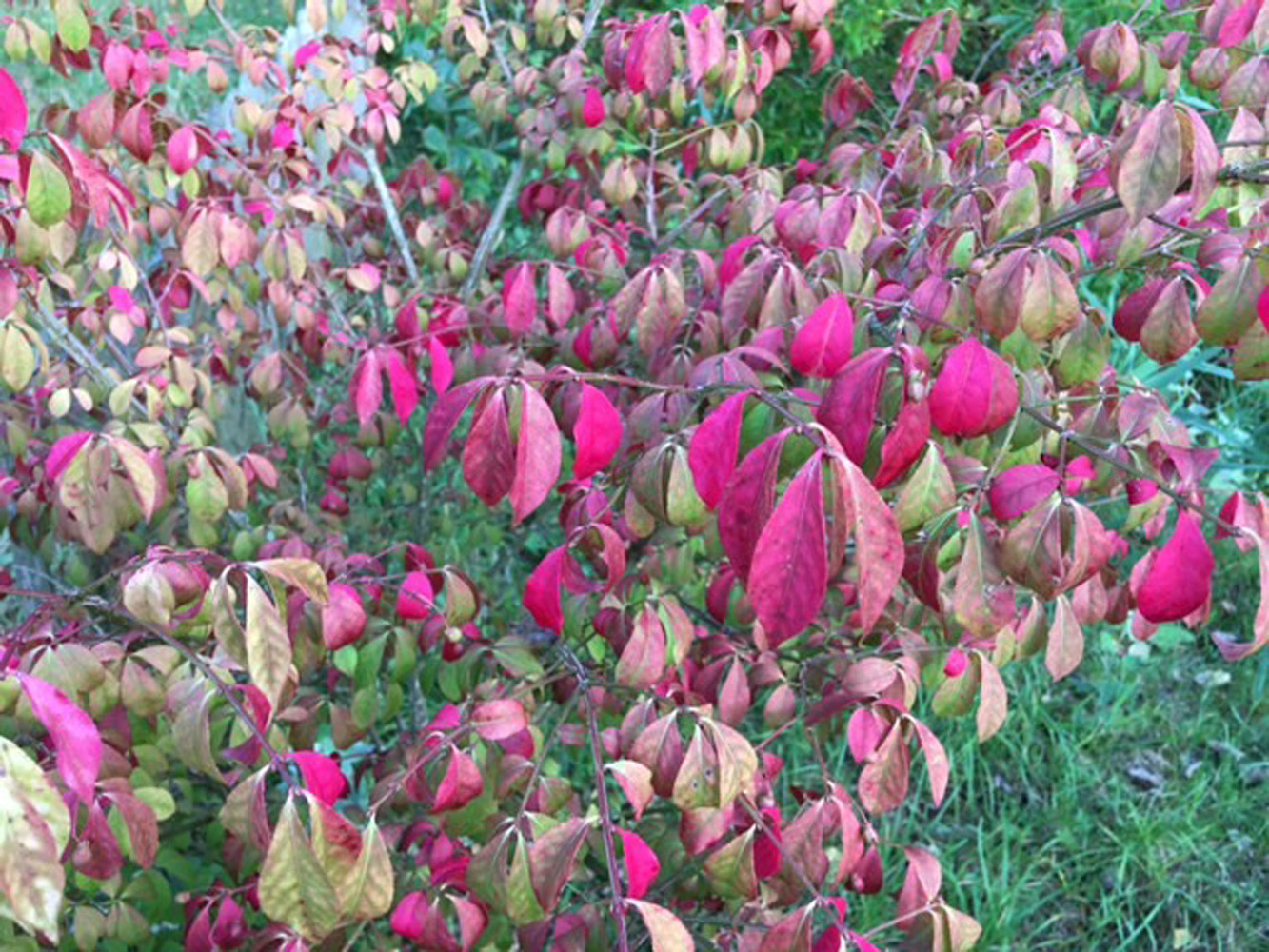 It’s the first week of September and a glorious morning for a walk so it’s on with the boots, on with the dog’s lead and off down the lane. There are plenty of blackberries in the hedgerows and a pair of buzzards are mewing overhead. A group of swallows is gathering in my neighbour’s field and we come upon thirty or so rooks feasting on the recently harvested fields. Then through the stile and across the fields to the back of the church, gathering a few field mushrooms on the way whilst keeping our eyes peeled for the beginning of any change in leaf colour. Each year is different depending on conditions as far back as the spring, but this year, well, the cornus in the hedgerows has already turned a deep purple which, combined with black-berries, is pretty stunning. The hornbeams are losing their leaves faster than they have time to turn which, bearing in mind how dry it was this summer, is hardly surprising. Patches of the tall limes we pass have become a glorious yellow and the ash by the gate is just on the turn.

In the garden two tree species are beginning to put on a show. On the strength of seeing an avenue of limes, Tilia cordata ‘Winter Orange’ at RHS Wisley a few years ago, we planted one here. This is a really lovely selection with red buds and bright orange winter shoots. It hasn’t flowered for us yet but we don’t want to be greedy as we now have a lovely autumn display of buttery yellow leaves and they are certainly enough to be going on with. The other tree that really is worth its weight in gold is Crataegus x persimilis ‘Prunifolia’. I’m sure I’ve mentioned it umpteen times but it is a tree which deserves more than just one passing comment. What are its attributes? Well, it’s an all rounder really with showy blossom in the spring, and rather shiny oval leaves which by now have coloured up in varying shades of red and orange. These are accompanied by large clusters of red fruits.

Leaves are green because of a pigment known as chlorophyll. We’ll all remember that from our Biology lessons at school. And so when a tree is healthy and happy this pigment dominates any other in the leaf and is absolutely vital to the tree. The energy stored by the chlorophyll from the sun is combined with the water taken up by the plant’s roots and carbon dioxide taken from the air to produce what the tree needs to survive, i.e. food. So this is why trees are so vital to us humans. They create oxygen by this process and reduce the levels of carbon dioxide in the atmosphere which we create and which is definitely not beneficial to us.

During the summer months, chlorophyll is constantly breaking down and being replaced by the tree and during the approach to autumn, and then into winter, is withdrawn from its leaves.

This is a bit like closing down a valve to reduce the flow of water in a plumbing system and is so clever. Where the leaf joins to the tree, at the leafstalk base, is a thin layer called the ‘abscission layer’, which is the ‘valve’ that ensures that production of chlorophyll stops and that any remaining nutrients are drawn into the twigs of the tree.

This is a ‘process of subtraction’ as the tree’s metabolism slows right down. So as the green pigment reduces, it leaves behind yellow and orange pigments known as carotenoids and xanthophylls. Reds are rather different and are caused by anthocyanins which are pigments produced well after the growing season ends. All completely fascinating stuff.

Human activity and resulting climate change is starting to have an effect on autumn colour. For instance the over-use of fertilisers leaves excess nitrogen in cultivated soils resulting in nearby trees storing less sugar in their leaves than they would in a pristine environment thus reducing the strength of the bright autumn hues in their leaves before winter sets in. As I mentioned when talking about the local hornbeams losing their leaves so rapidly and before they colour up fully, drought, too, affects autumn colour. Conversely, excessive rainfall and cloud cover affects colour photosynthesis, essential to produce red anthocyanins which result in those fantastic autumn displays.

You’ll know that people flock to New England to see the autumn fall colours. They’re known as ‘leaf peepers’ over there and they descend in great numbers in what is normally a rather sleepy and rural part of the States. Here we have the wonders of Sheffield Park, now a National Trust property near Uckfield in East Sussex. Originally laid out by Lancelot (Capability) Brown in the 18th century, many of the trees have been planted for their autumn colour, the most stunning of which in my mind are the black tupelos or Nyssa sylvatica. One exceptional cultivar is N. sylvatica ‘Sheffield Park’, a selection of the species raised by the previous owner of Sheffield Park, Arthur Soames. It bursts into glorious colour a week or two before other tupelos. The colours reflected in the four lakes which form the basis of this landscape are breathtakingly beautiful.

Often a constituent part of native hedges, this plant makes a medium sized tree with foliage turning yellow with tinges of red in the autumn. There are many lovely cultivars which are worth a try including ‘Streetwise’ which is a Hilliers selection and which combines an upright habit with brilliant yellow autumn colour.

This tree has been thought to be related to the tulip tree and has tiny red flowers which emerge just as the new bronze pink leaves show. It is happiest in a sheltered spot and has gentle autumn colours in a soft yellow or smoky pink. These colours combine with a pungent burnt sugary scent.

The tulip tree, in the Magnoliaceae family, is a large tree with rather beautiful and very curious foreshortened leaves which turn a lovely clear yellow in the autumn.

A lot of the crab apples colour up well but this is one of the best. A Japanese variety whose leaves have rich tones of purple and scarlet, yellow and orange in the autumn. With its upright habit it’s a useful tree for quite confined spaces and is a particularly strong grower.

Actually this is more of a shrub than a tree and has been on my wish list for years. Otherwise known as Persian ironwood as it is native to Northern Iran, Parrotia persica combines a gorgeous flaking bark, not unlike that of a London plane, with a riot of autumn colour and curious red flowers which come straight off the stem rather like the Judas tree.