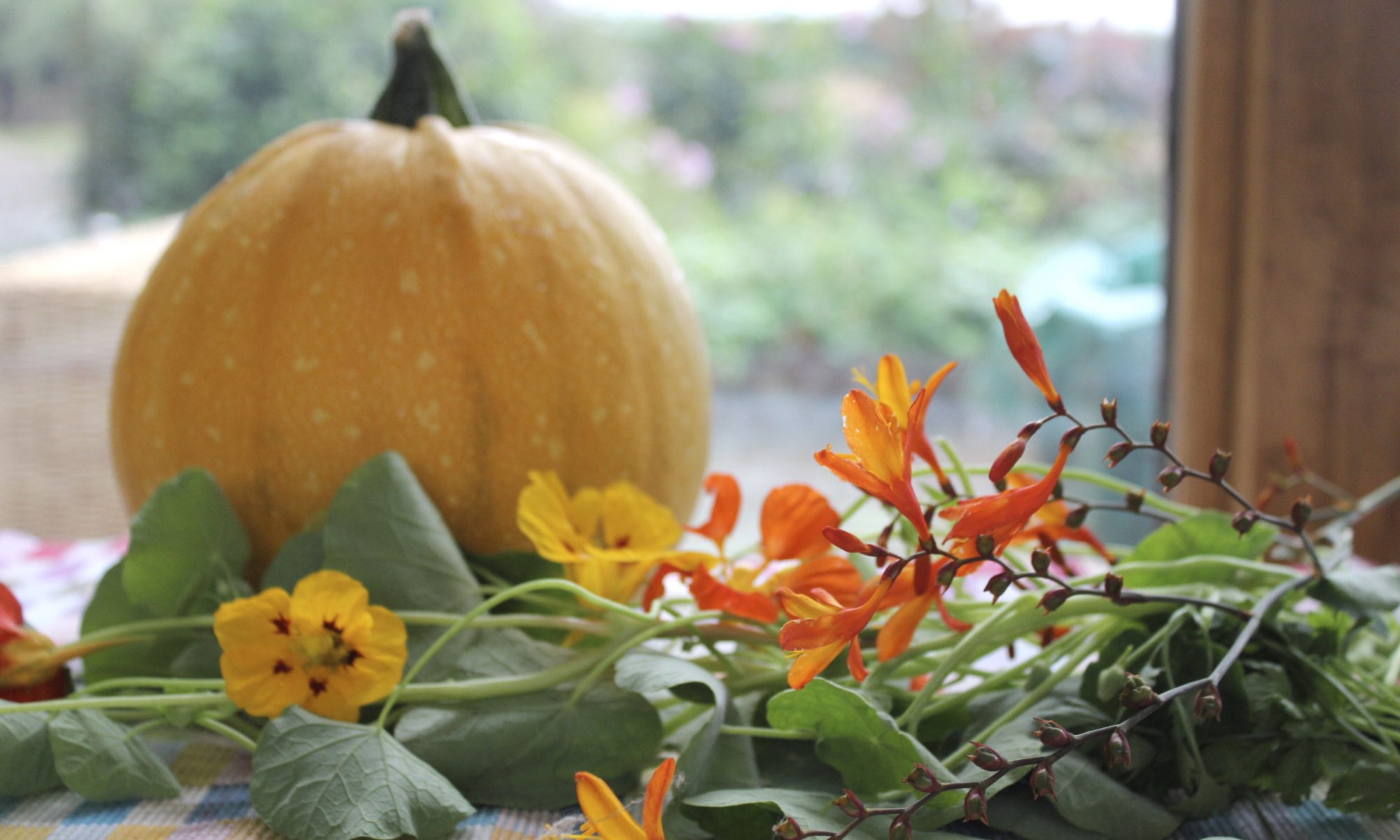 It’s hard to remember a time before Wilderness, Latitude, Glastonbury etc, but not so long ago there was only one major festival in the British year – Harvest Festival. Once a major event in the calendar, the harvest is as packed with rituals and symbolism as it is produce. We are lucky these days that most of our lives do not depend on the safe gathering in of crops, but this is still an important – and potent time of the year.

Whether you are busy harvesting gleaming pumpkins and earthy roots and preparing to dance pagan-style around wheat sheaves, or are just scratching about at the back of the cupboard for lacklustre tins of beans and packets of rice to take into school or church, the fruits of the season are ripe and ready, and deserve to be celebrated.

Let’s head out to the patch, farm shop, market or even into the hedgerows, and gather the harvest home.

Apples and pears are the fruits of the moment and local events celebrating orchard fruits abound during October. Brogdale in Faversham holds the national collection and is home to over 2,000 apple varieties and 500 pears.

If you are thinking of buying an apple tree (or two, as they normally need a pollinating partner), then this is the best time to get out and about and sample different varieties.

Many orchards and suppliers have their own apple festivals this month. Apple Day itself, an event started in 1990 to celebrate both the fruit and a part of our lives that is in danger of disappearing, is on 21st of the month. Brogdale’s apple weekend is slightly earlier, on 13th/14th October.

Apples harvested towards the end of the season tend to be cookers and robust eaters. The good news about these is that they store well through the winter. Flavour is key and although the supermarkets have improved their selection of apples, there is nothing better than eating an apple straight from the tree. Good late varieties include ‘Egremont Russet’, ‘Chivers Delight’ and ‘Blenheim Orange’, which is great for both cooking and eating.

“If you are planning to eat pumpkins, rather than carve them, don’t pick a Halloween monster”

Pumpkins abound this month, but if you are planning to eat them, rather than carve them, don’t pick a Halloween monster. Smaller pumpkins and squash have much more flavour.

There are some very beautiful and romantically named pumpkins and squash available (there’s even one called ‘Cinderella’ that looks suitably coach-like); they all have orange flesh, but very different skins.

I often grow a variety called ‘Hooligan’ (it does what its name suggests and romps about all over the patch, so be warned) and there’s another small one called ‘Sweet Dumpling’ (but don’t be fooled, it’s a hooligan in a dumpling outfit and will also run rampant). Both grow to be a little bigger than a cricket ball and are great roasted whole, hollowed out and stuffed with risotto. Of the butternut squash varieties, ‘Hunter’ is a good variety, as it has been bred to flourish in the UK and will ripen well regardless of the weather.

Pumpkins and winter squash are easy to grow, but are greedy, needing rich soil, sunshine and moisture to ensure a good crop – this is why they are often grown on compost heaps. They take a while to make their fruit and need a fair amount of space to sprawl about in, but (if given a good long summer like this one) should be ripe by the time the foliage starts to die back in early autumn.

Leave them out in the sun for as long as possible, as this will cure their skins and enable them to last longer in storage. Bring them inside before the frosts arrive, cutting each fruit off from the main stem, but leaving a long stalk if you can, as this will also help prolong their shelf life. They’ll keep for ages, providing they’re stored in a dry place and look wonderful piled up artistically (they make great subjects for still-life paintings), plump and gleaming in the low autumn light.

Satisfy the hunter gatherer urge by heading out into the hedgerows for a foraging session. Many of us have subverted this urge into shopping, but the dopamine hit we get from picking fruit is the same and is free (but remember the needs of wildlife and don’t go on too much of a splurge).

You might be lucky enough to catch the very last of the blackberries, there may be wild apples and even cobnuts around, but you will definitely find rose hips, elderberries and sloes. These can be made into cordials, or fruit gins and vodkas.

Sloe gin is simple to make – half fill a container with sloes (pricked or frozen and then defrosted to break the skins), add some sugar (ratio of fruit to sugar approx 2:1) and fill to the top with gin. Stir each day for a week and then leave to mature until Christmas.

Harvesting root crops is nearly as exciting as digging for treasure (okay, 18 carrots might not be as valuable as 18 carats, but there’s less danger from pirates). It’s exciting partly because until you dig down into the soil, you have no idea of the potential harvest.

Main crop potatoes are ready to lift once the haulm (leafy top growth) has died back in early autumn. They can be left in the ground and dug up when required, but if you need the space for other crops, or suffer with keel slugs (underground slugs that attack tubers and root crops) or blight, it is probably better to lift and store the tubers.

Unearth potatoes carefully. Push your fork gently into the ground a distance away from the plant to avoid spearing or slicing through them. Spread them out to dry in the open air for an hour or so to enable their skins to toughen up for storing. Potatoes need to be stored in dry, dark conditions, or they turn green and produce the toxic chemical solanine, but don’t be tempted to put them in the fridge, as it is too cold and will adversely affect the flavour.

Hessian sacks are ideal, allowing air to circulate, while keeping the light out. Check occasionally and remove any tubers that may be rotting (as with apples, one bad one may very well spoil the whole lot, no matter what the Jacksons said in the song).

Other roots, such as carrots, beetroot, parsnips, turnips and swede, can be left in the ground and harvested when needed, but to stop them being attacked by pests and if your ground freezes too hard in the winter, it’s best to lift them too and store in a protected environment.

Once lifted, cut off the leaves and stems to prevent moisture being drawn out of the roots. Find an old wooden box, or storage container and put a layer of sand, sawdust or multi-purpose compost (kept moist, but not wet) in the bottom, then a layer of roots, then more sand/compost etc. Store in a shed/garage/cellar, but make sure that the pests can’t get at them – don’t seal with a lid, though, as this may create an airless, unhealthy environment.

If you have space outside, or have large quantities to store, you could build a clamp, which is a traditional way of keeping vegetables available all through the winter. Find a flat, dry patch of ground and dig a trench around it to ensure that it stays well drained. Put straw/gravel/compost in the trench to stop earth filling it back up, then put a layer of straw on the base of the clamp.

Arrange some roots on top, making sure they don’t touch, then layer straw and root crops alternately into a pyramid shaped mound (so that water doesn’t settle on the top). The earth from the trench can be piled over the final layer. 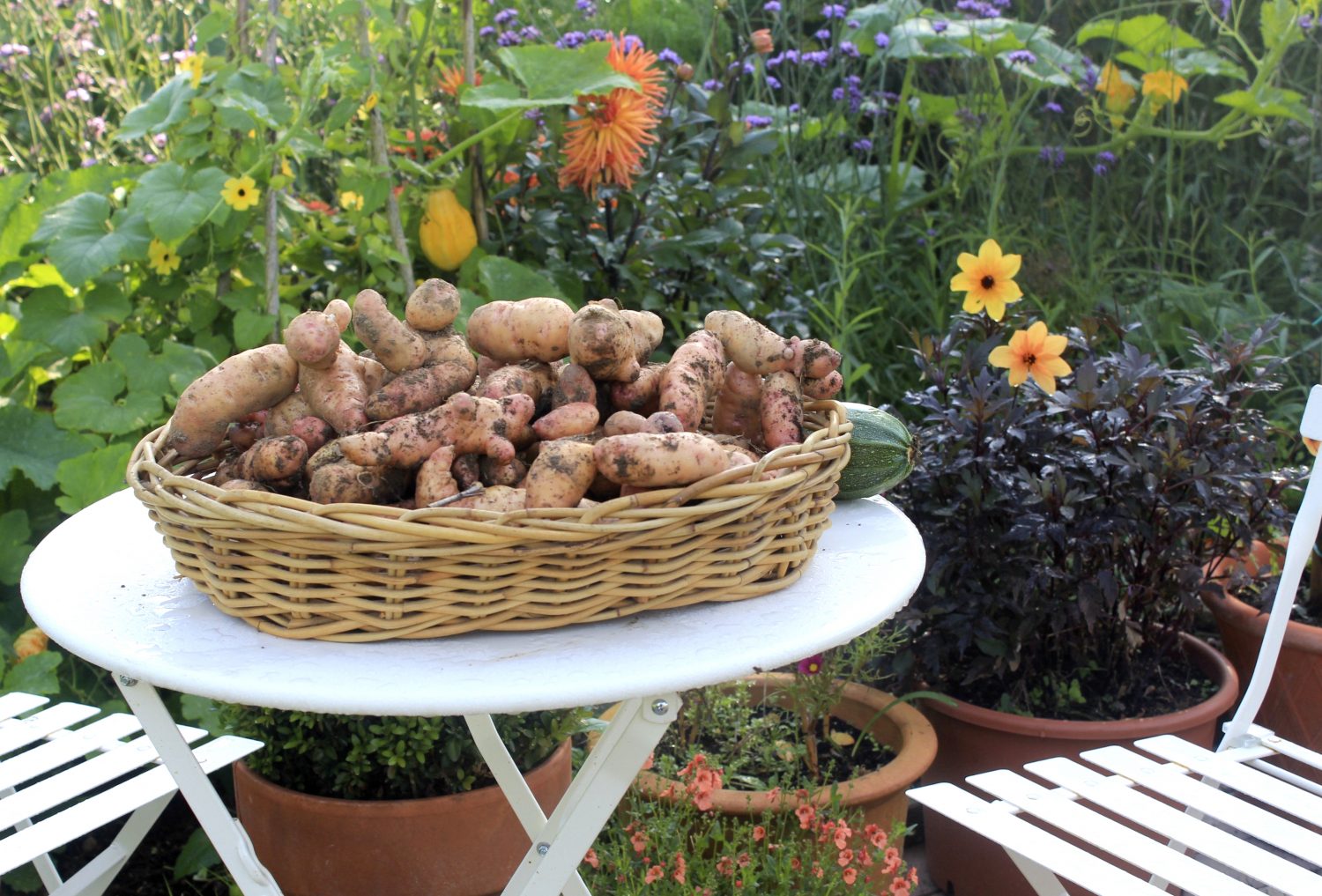 The taste of freshly dug potatoes is a revelation 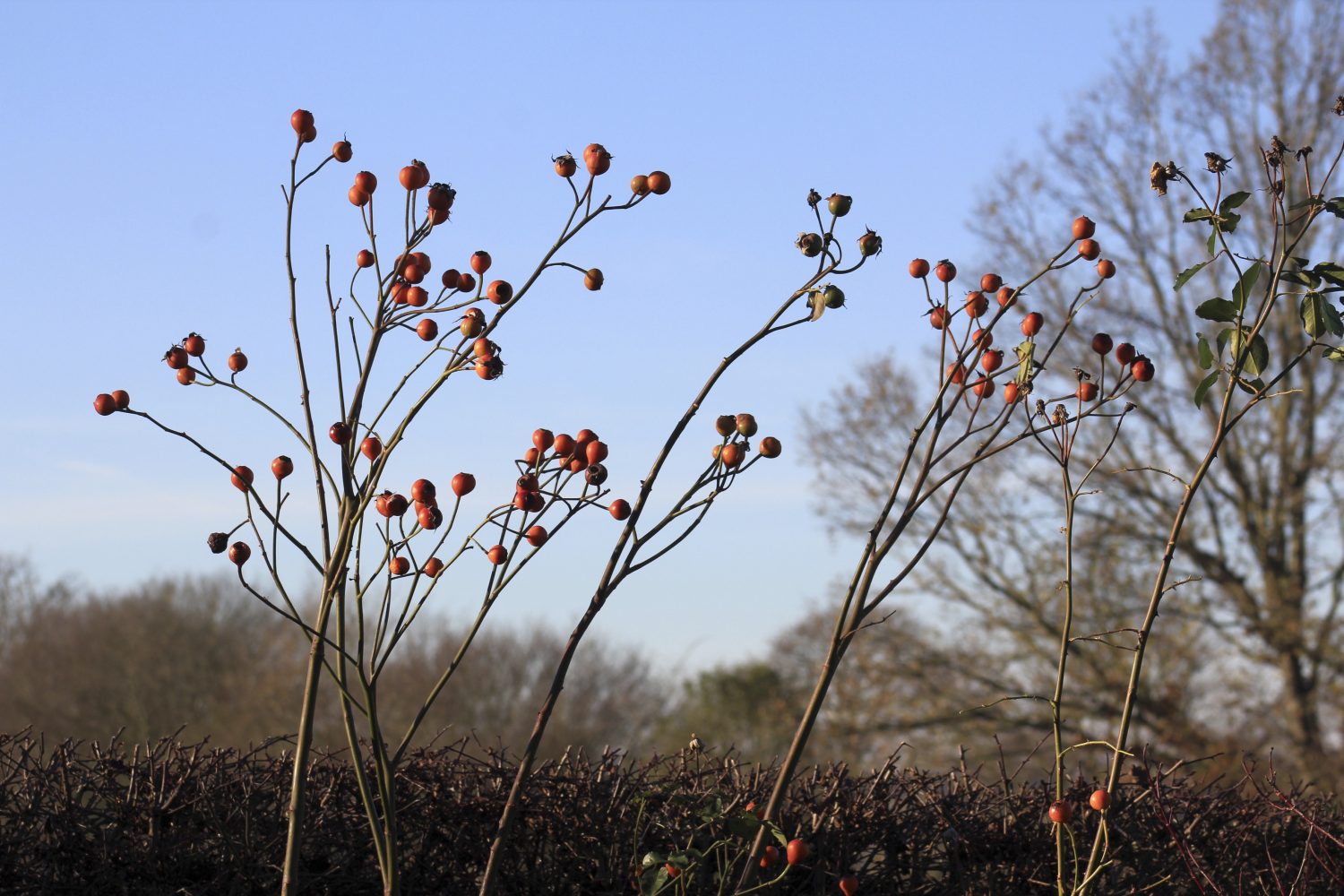 Rose hips are great for cordials and fruit gins 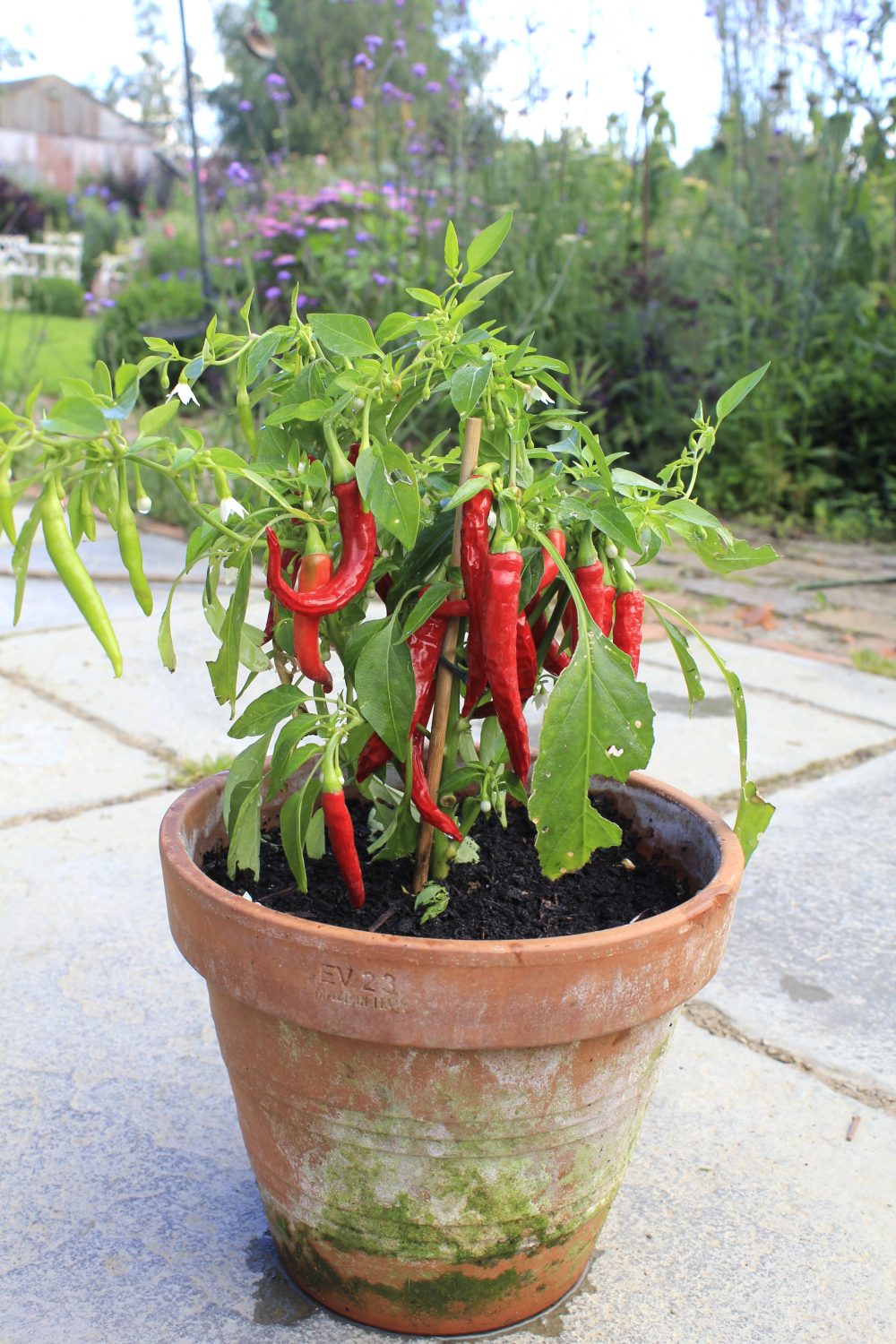 Home-grown chillies are great for cooking – and look lovely too 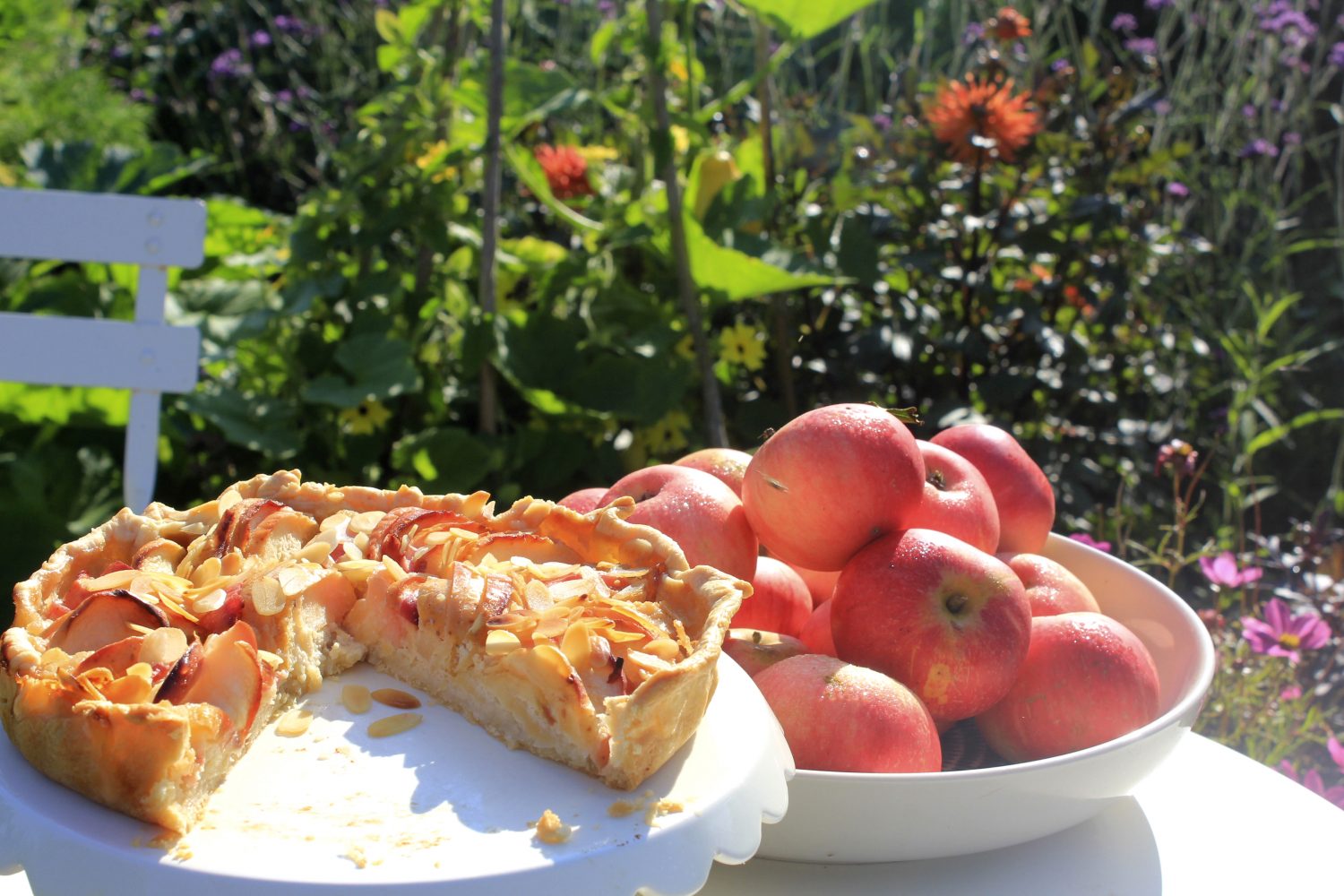 This season’s apples – the taste of autumn 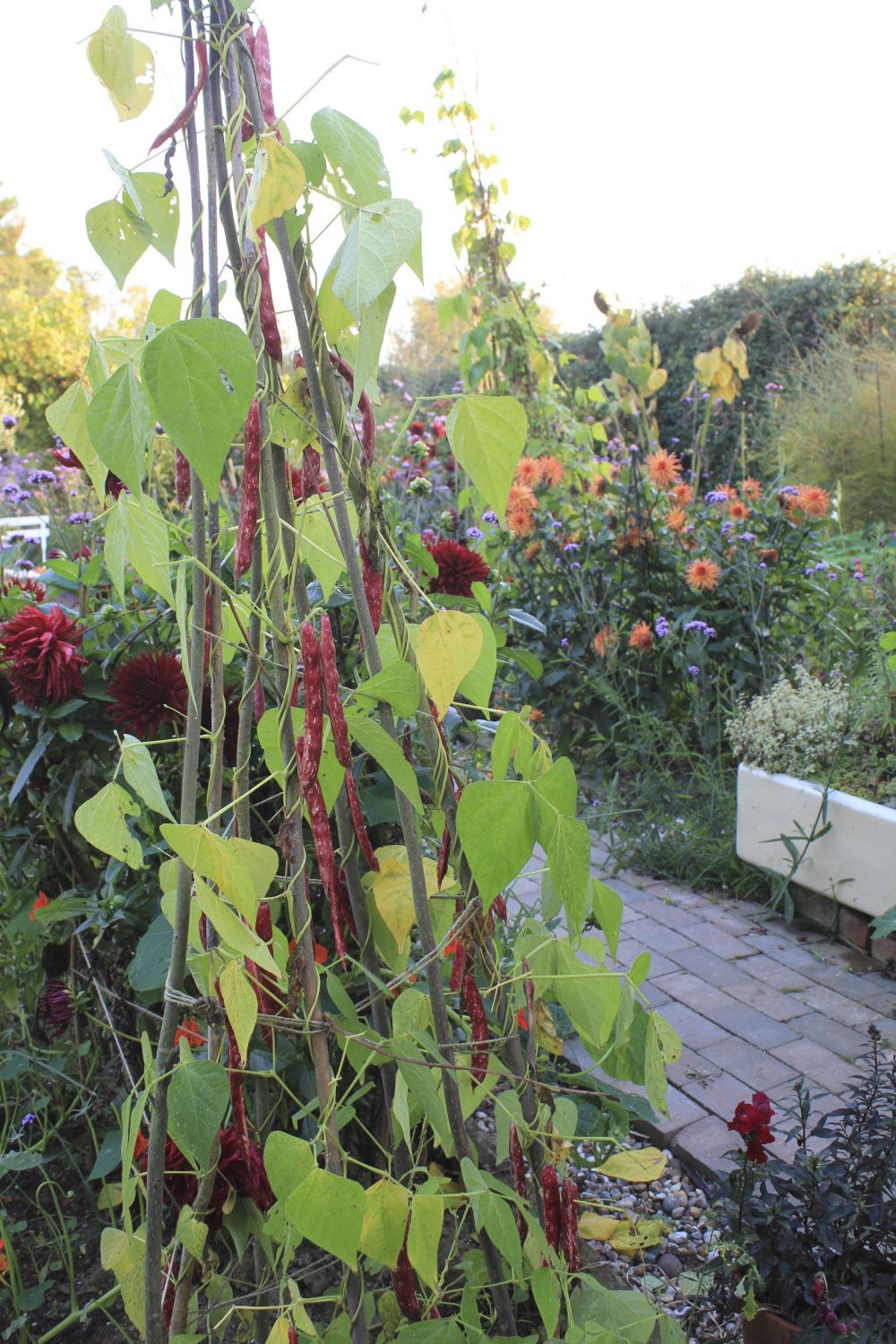 Borlotti beans in the veg patch 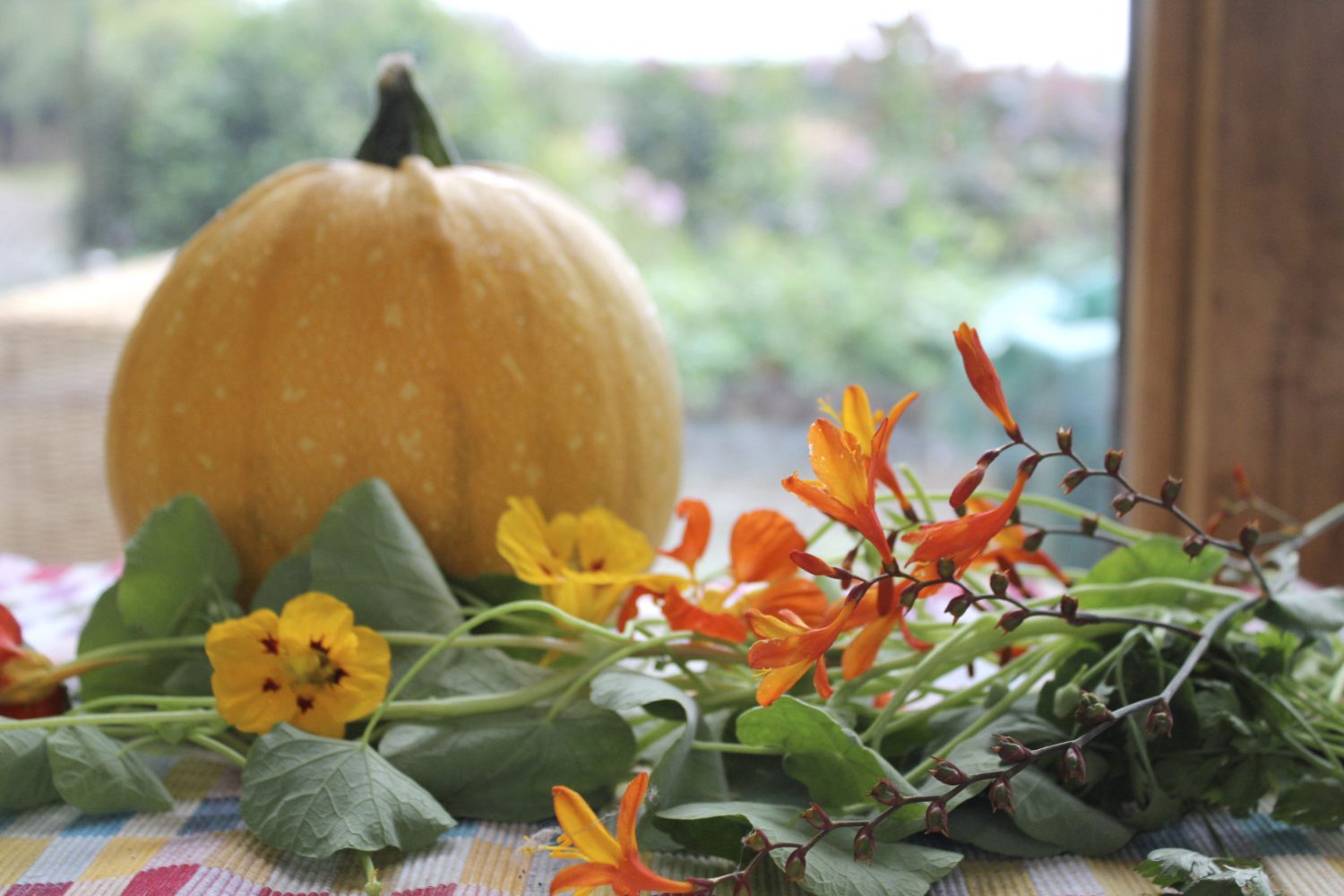 Big pumpkins are great for carving