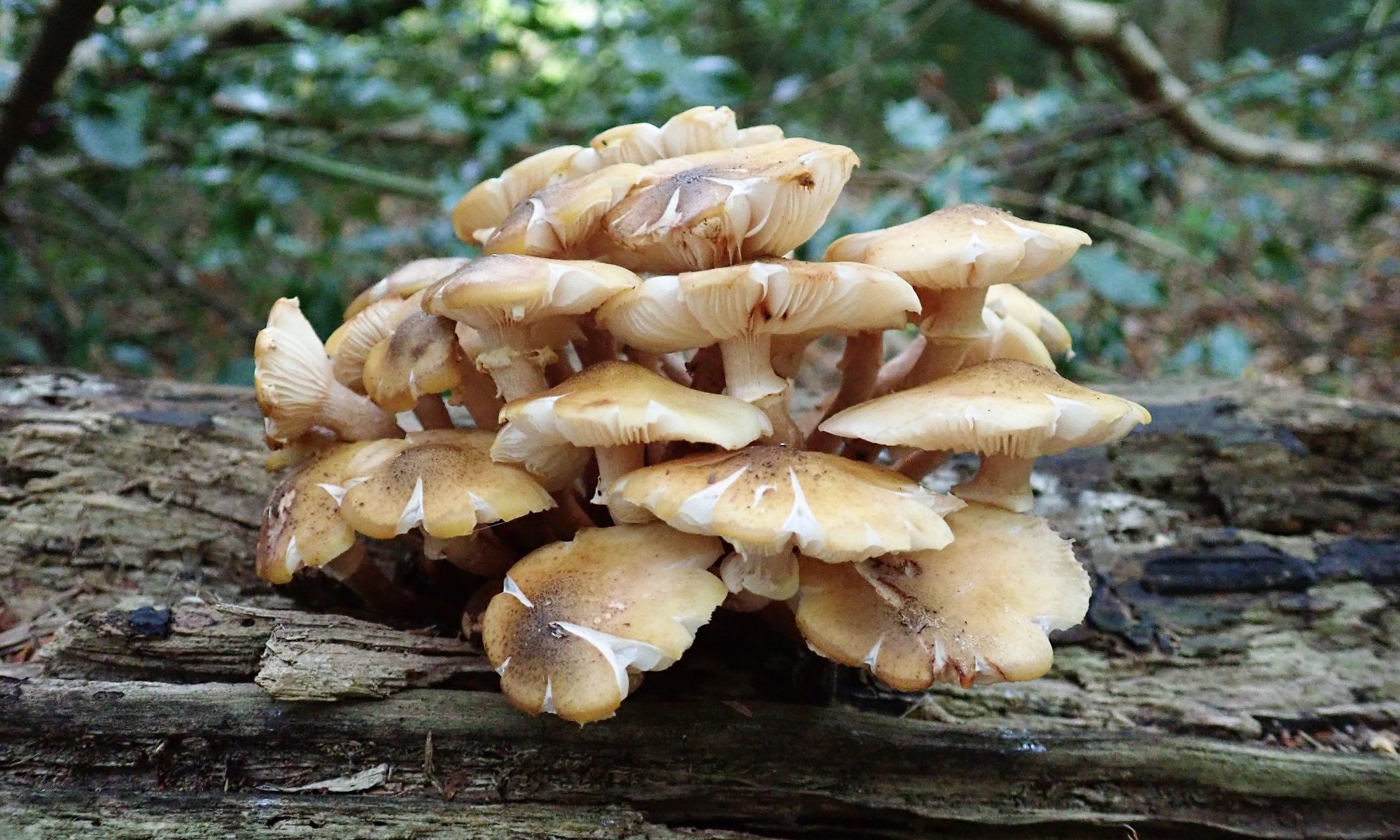 We’ve got a fast growing and rather beautiful quaking aspen behind the pond; its nooks and crannies providing a nesting site year after year to a pair of starlings. Unfortunately, the crows got wind of this some years ago and now, if you ever see us waving our arms and shouting ineffectually in the garden, you’ll know why. The crows always win but the starlings don’t give up. They’ll return next year to start all over again. This tree has now become two ‘grown up’ trees with its offspring in an adjoining field seemingly catching up with its parent. And each year we have umpteen offshoots popping up where they are not wanted, which are obviously growing up from their parent’s root stock.

However, this is nothing compared to one of the two biggest phenomena to be found in the world. The first is Panda (meaning ‘I spread’), which is to be found at Fish Lake, Utah, where 47,000 aspens are attached to one single root system. How extraordinary.

“Pesticides are toxic to beneficial fungi in the soil and upset the balance of soil. Once a plant has the honey fungus really not a lot can be done”

But the other even more mind blowing natural organism is called the Humongous Fungi. It lives underground in the Malheur National Forest in Oregon and covers nearly four square miles. And the only sign of it is acre upon acre of dead and dying trees in the area. This is Armillaria ostoyae, a form of honey fungus; parasitic, it sucks the nutrients from its prey so that it becomes impossible for the tree to access water. However, there’s a lot of useful research going into fungi biology using material from this site in the labs of the National History Museum of Utah and which has already led to the discovery of ‘originally unknown medical compounds and the development of ideas for mitigating pathogens in food crops’.

Finding honey fungus in your own garden need not be the disaster you first think it might be as there are six species of which only two will damage living plants. You’ll recognise it by the fungal mycelium, which comes up at the base of trees and smells strongly of mushrooms. You may see thin strands that look a bit like bootlaces but are the fungus rhizomorphs. But, just to confuse things, the least harmful armillarias produce the most rhizomorphs so it may be quite difficult to identify the fungi at first. Don’t worry, the tree or plant will let you know in advance whether it has been attacked because its last flowering or fruiting season will be either particularly floriferous or have an unusually heavy crop. One last attempt to reproduce before its untimely death. So a seemingly healthy plant which has these symptoms is most likely to have fallen victim to this particular fungus.

However, the armillaria has its good points as it recycles nutrients in dead wood making it easier for insects to return them to the soil. So as the nutrients are returned to the soil, new seedlings can take advantage of improved conditions.

It used to be that copious amounts of a product called Armillatox was used as a drench to stop honey fungus in its tracks but it was banned in the early 2000s. The manufacturers retained the formula and changed the labelling and it is now sold as Armillatox soap-based outdoor cleaner to avoid pesticide regulations. However, pesticides are toxic to beneficial fungi in the soil and upset the balance of soil. Once a plant has the honey fungus really not a lot can be done but improving the health of your soil, and reducing disturbance to its structure by not constantly cultivating it, goes a long way to reduce any spread. A No Dig regime has many advantages, one of course involves reducing strain to your own back, but adding a good mulch will help towards establishing a good soil balance and increasing the ‘good’ fungi. This is not to say that this won’t stop the spread of honey fungus but fungus fights fungus in the most natural way. If your garden has honey fungus there are many species that you can use to replant with without fear of infection, including hornbeam, beech, holly, hawthorn, oak, lime and yews, so all is not lost.

There are three groups of fungi which are distinguished by their method of feeding. One of the ‘good’ fungi is the symbiotic or mycorrhizal fungi which live in the roots of living plants. It is fascinating to read how, in return for access to carbohydrate stores, the mycorrhizal fungus will benefit the trees/plants to absorb minerals and water with its absorbent mycelium (a network of fine white filaments) expanding the root system of the host plants.

“Fly Agaric fungi tend to be found in mixed woodlands and heaths growing on a light, well-drained soil amongst birch and evergreens”

Some fungi are species specific like Fly Agaric (Amanita muscaria) which is associated with silver birch (Betula pendula). This fungi is the stuff of fairy tales and children’s books with its bright red cap. I have to say that I don’t think that I have ever seen one, neither have I spotted the bright orange/yellow Chicken of the Woods (Laetiporus sulphureus) which, unlike the Fly Agaric which is definitely not, is edible. That’s probably because Fly Agaric fungi tend to be found in mixed woodlands and heaths growing on a light, well-drained soil amongst birch and evergreens, such as spruce and pines, rather than on our heavy Wealden clay.

Wandering around the dried out woods near home earlier in the week in the forlorn hope of spotting some handsome fungi I met a runner who was holidaying from lovely Derbyshire. He was telling me that it has been a very wet summer for them unlike us in the parched South East and that there is plenty of Chicken of the Woods on their oak trees up there. He also said that their trees had made noticeable growth spurts.

And a couple of days later, walking this time in Dulwich Park in London (oh, there are some spectacular trees in that park. Particularly wondrous is a giant Turkey Oak, Quercus cerris, with its branches coming down around it just like a massive skirt), we spotted a fenced off area where the information board boasted pictures of this particular bracket fungus. I wondered if they would have minded us cutting off a bit of one to fry up with a little garlic, oil and butter when we got home… 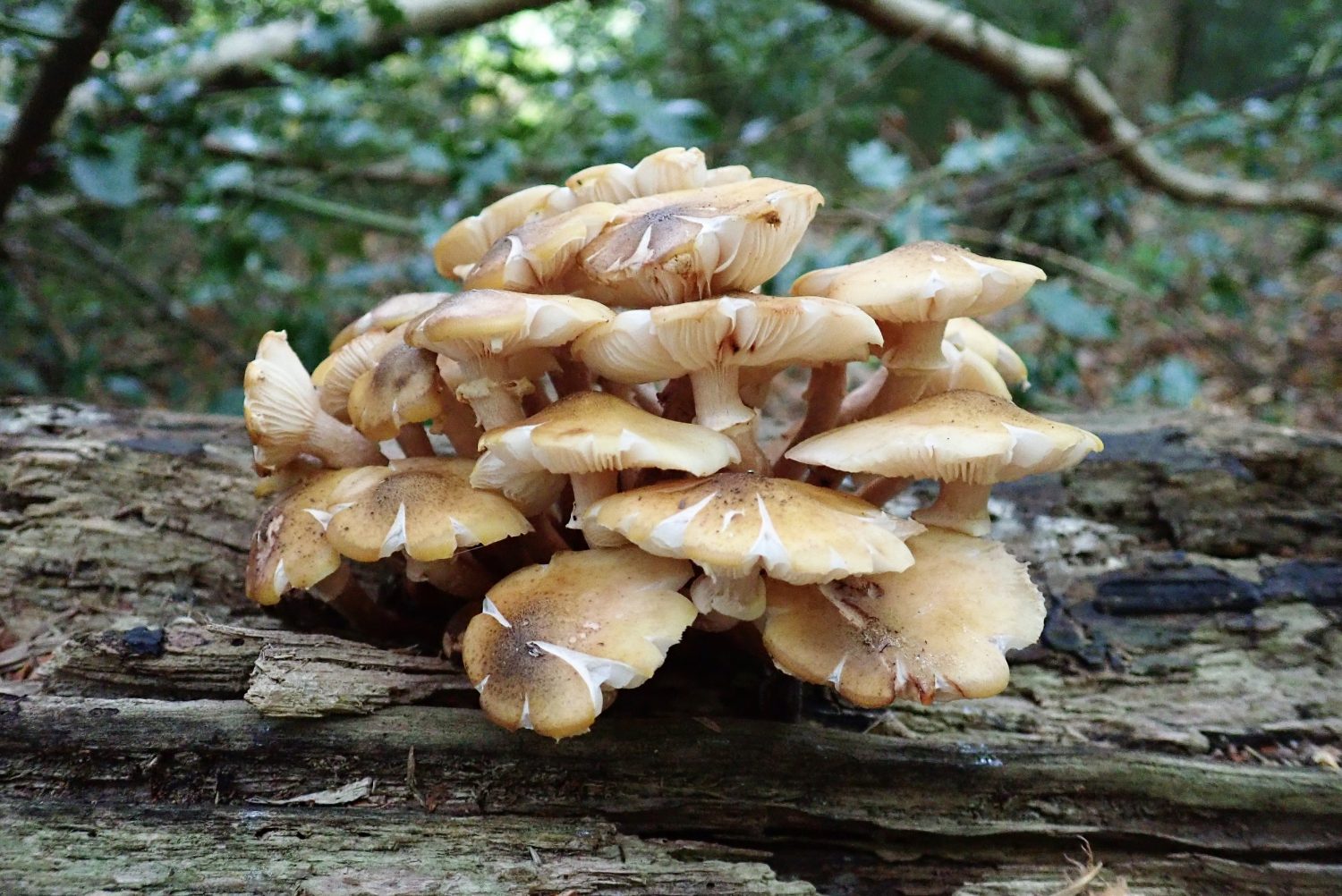 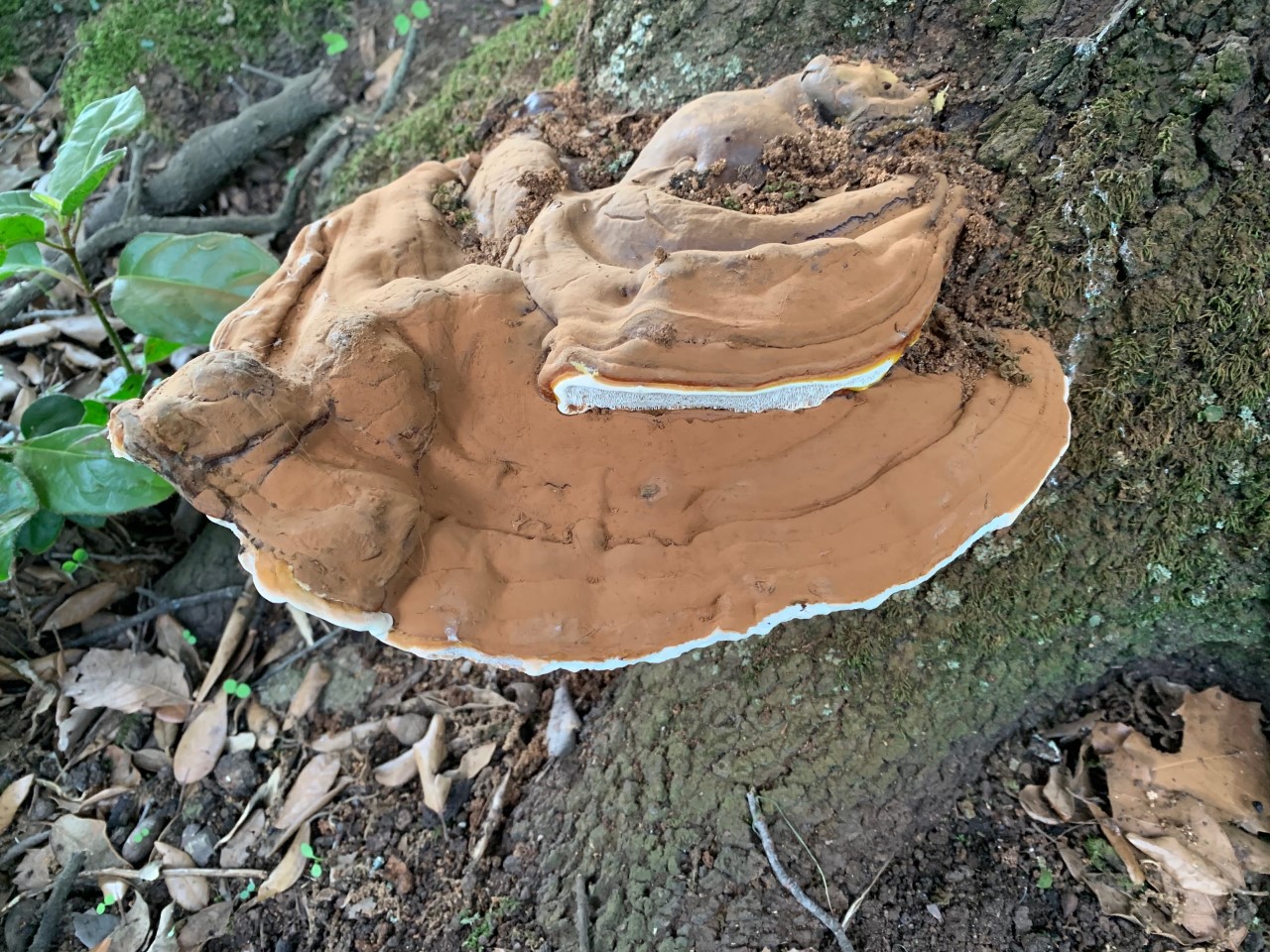 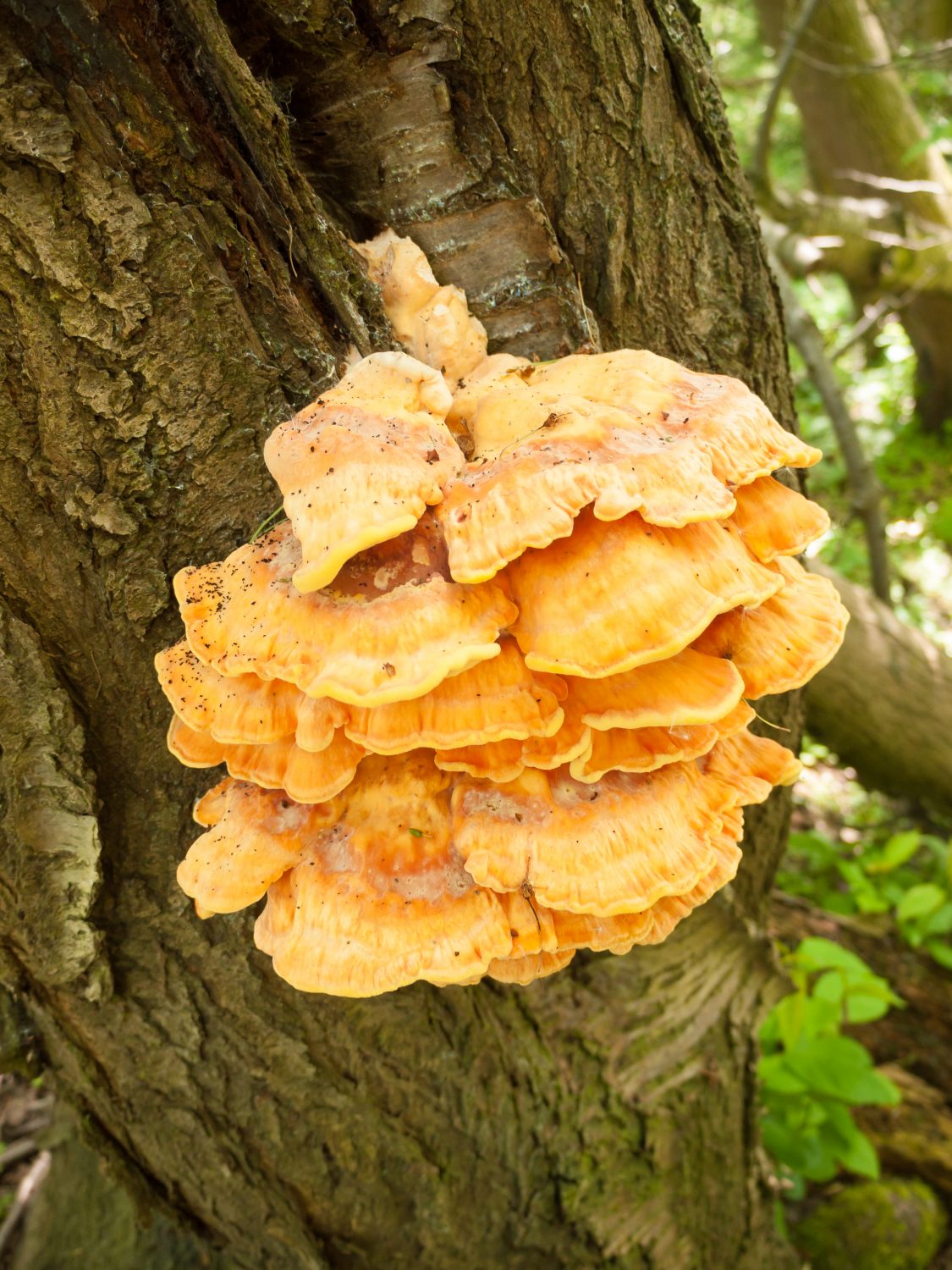 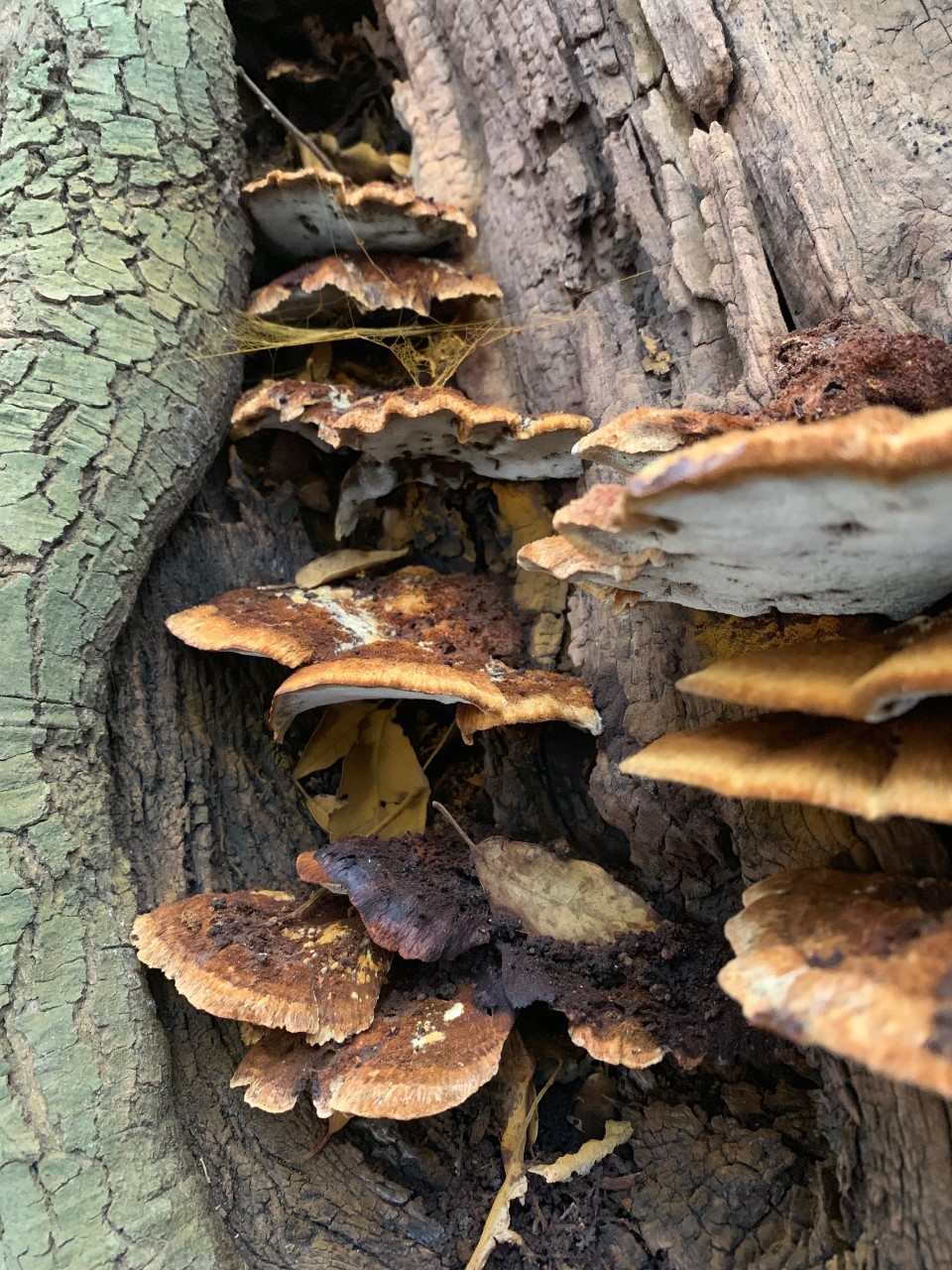 Fungi in the garden at Castel Gandolfo, the Pope’s summer residence 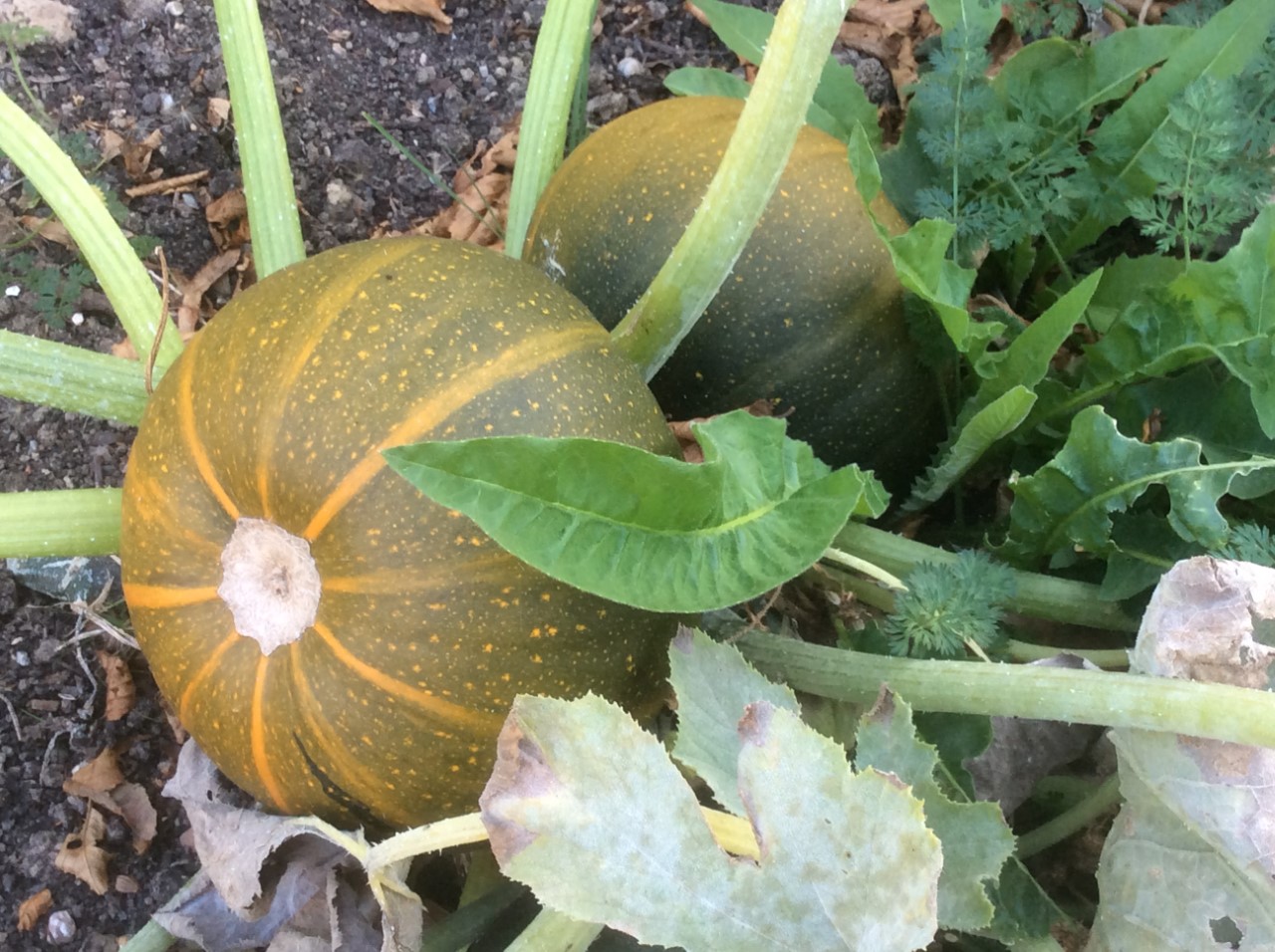 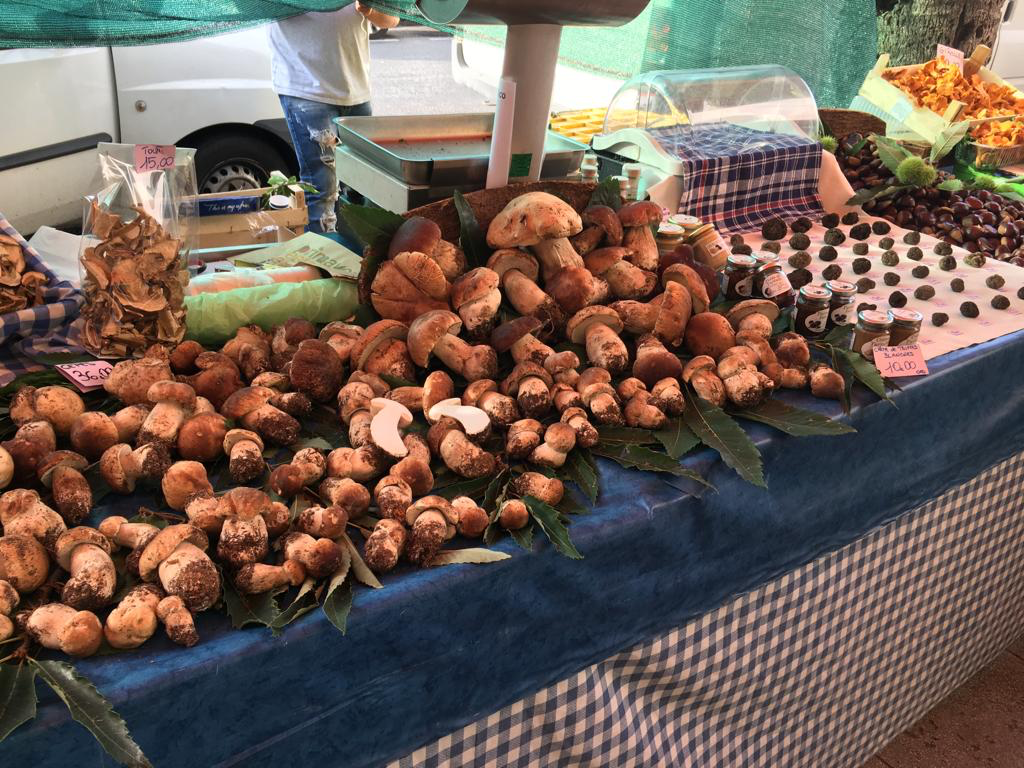 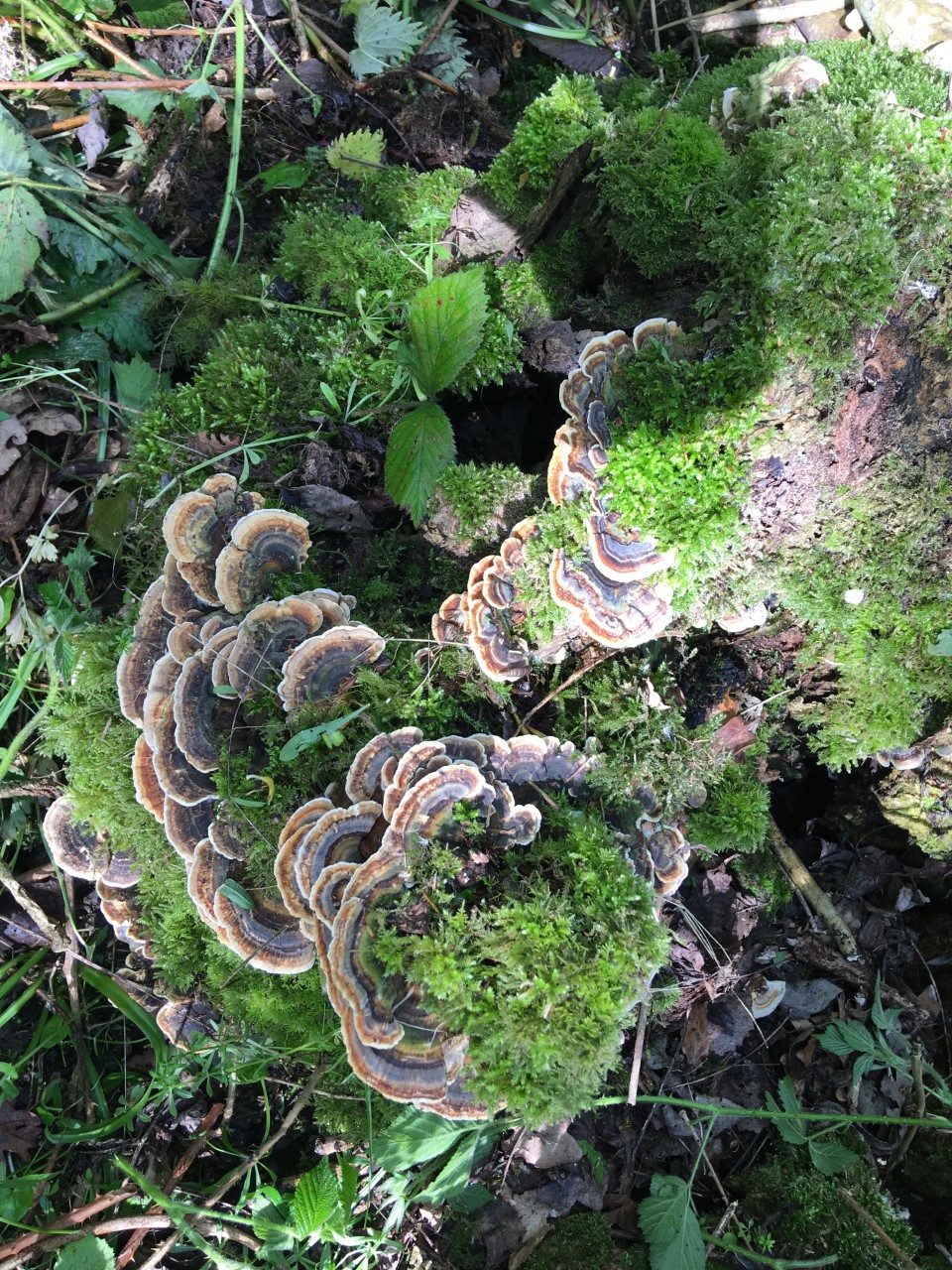 Many zoned polypore fungus in the wood.