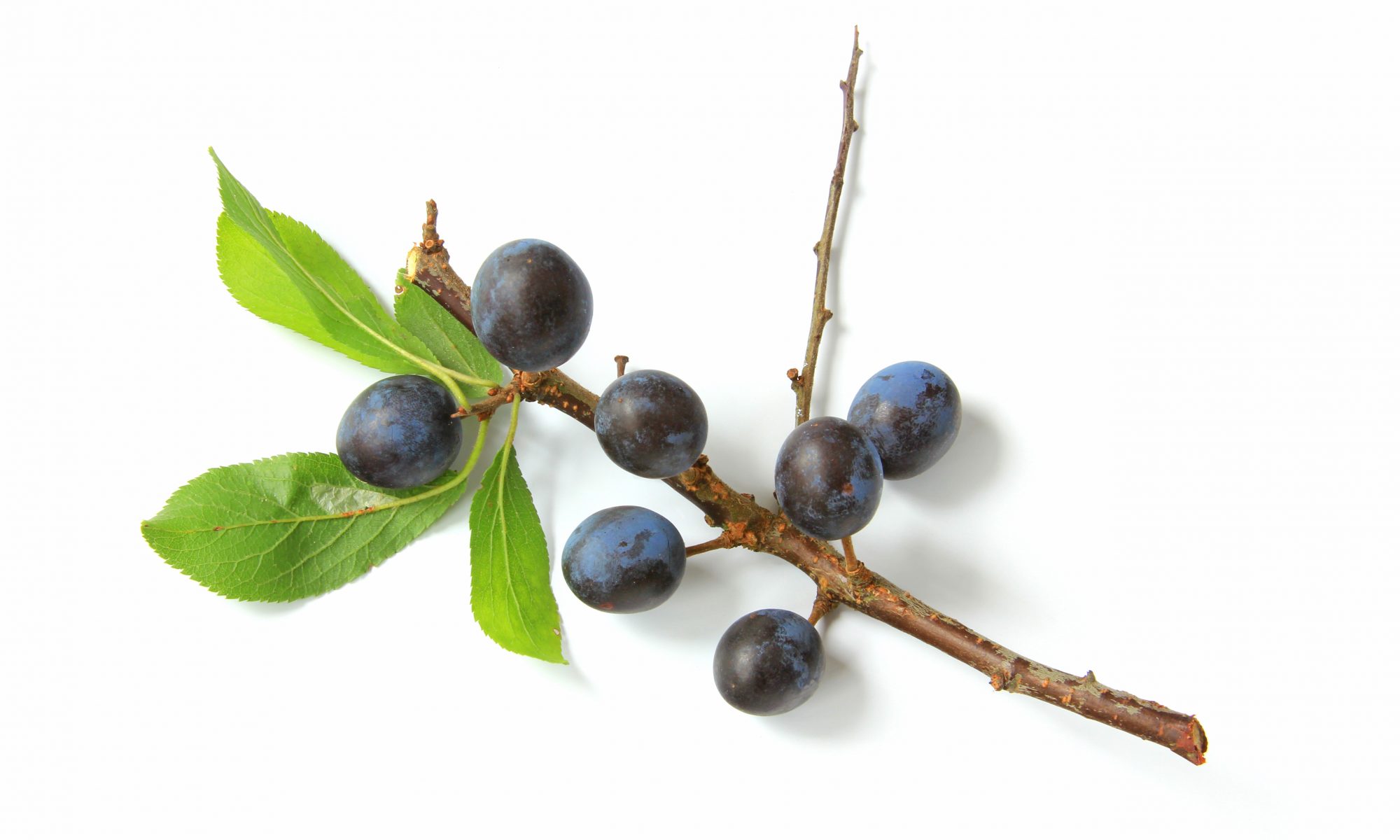 What a peculiar year it has proved to be weather-wise and every other ‘wise’. And whilst we’ve all been affected by gloomy skies, heavy rain, high winds, hot sun and the rest, it seems to me that our flora and fauna are doing their best to carry on. Well, most of them.

I’ve just had a conversation with a friend who was going home this morning to work out what the one healthy tomato he collected from his beef tomato plants – which have been hit by blight – had cost him! Thinking positive at the beginning of the season, he’d bought fresh compost, new containers and to top it all, a mini greenhouse, to protect and house his (two) home grown seedlings. So all this mollycoddling meant that they got off to a good start but as for many of us (including Monty!), the dreaded blight appeared at lightening speed and there was no stopping it.

But looking around on the daily dog walk and on yesterday’s amble through the lanes on the Marsh, I see that our native trees and hedgerows are proving to be as dependable as ever. Fruits are in profusion, each providing essential food for our local biodiversity and in the case of blackberries, I’ll think there will be some to spare. As an aside, we got into conversation with a couple outside the very special St. Thomas à Becket Church at Fairfield. There’s ‘nowt so queer as folk’ as the last time they’d been there, the vicar asked them to come into the church where she showed them a couple of cans of paint, a paintbrush and a note from someone who suggested that the church could do with a good coat of emulsion! Thank goodness he/she didn’t do it themselves although part of the wall had been daubed, perhaps as an example of how to do it!

Anyway, thinking ahead to the late autumn/early winter months we can do our bit by planting new native hedges to help things along if we are lucky enough to have the room. If we haven’t very much space, perhaps we could find room for just one native tree or shrub this season. It is so good to hear on both the radio and on programmes like Countryfile that people are planting hedges and native trees for posterity and of course for biodiversity.

Last year we planted about fifty healthy young whips bought locally from Hopes Grove Nurseries on the Smallhythe Road, near Tenterden. They were described as a ‘bird friendly mix’ and are about four feet high now and looking pretty good. Luckily the yellow rattle we sowed a few years ago has weakened the grasses in the area where we planted them so they haven’t been completely overwhelmed by the extraordinary growth that the grass has put on this year. They’ll provide ‘flowers, catkins, nuts, berries, and autumn colour’ as they mature. We didn’t plant them linearly but in a group which will hopefully make a decent copse full of food and shelter and nesting sites for birds.

The mix is 25% quickthorn (hawthorn), 25% blackthorn (sloe), 25% field maple and the last 25% contains lovely things like common alder, bird cherry, dogwoods, sweet briar rose, wild crab apple, elder and one of my favourites, spindle. This is nothing compared to the 500 young trees that a neighbour planted on her ground a few years ago. The Woodland Trust provided the trees with the proviso that she planted them. The advice given was to get them in and then leave them to it, which she did. Wow, they are growing away so fast and look so good.

Amongst the natives you might want to introduce and which all give birds, mammals and invertebrates a hand are: Alders (Alnus glutinosa) These are rather beautiful native trees which thrive in damp conditions. They’re found down on Romney Marsh along our ditches, rivers and dykes. They’re particularly useful in that they improve soil fertility by fixing nitrogen from the air and stabilise river banks as well. They are particularly decorative in the spring before their leaves appear, with their show of female fruits which look like little cone shaped decorative ‘baubles’ dangling alongside yellow male catkins. The catkins provide an early source of nectar and pollen for bees and other pollinators and the trees’ seeds are a feast for siskins, redpolls and goldfinches.

Birch are in the same family (Betulaceae) as alder and they provide both catkins over a long season and then as an added bonus produce huge quantities of seed to feed similar birds as the common alder. They are also a host for many insects, which in turn are a food source for birds.

Bird Cherry (Prunus padus) This gorgeous thing is more commonly seen in the north of England and also in East Anglia it seems. But worth growing here for its display of white, heavily scented flowers which appear in April. These are a veritable ‘nectar magnet’ in the spring and then develop into clusters of reddish black cherries which attract song thrushes – sadly a pretty rare sight these days – and blackbirds. Badgers and foraging mice are also partial to the cherries. The trees’ foliage provides food for the caterpillars of moth species including the orchard ermine and the short cloaked moth.
In fact the orchard ermine is also known as the cherry moth. What a lovely moth this is with its distinctive white body and black markings. Their larvae also feed on blackthorn as well as hawthorn.

Blackthorn (Prunus spinosa) produces clusters of white flowers before its leaves appear, often as early as March. Their fruit, well known to foragers later in the year, are sloes which are added to gin to make the eponymous sloe gin. They are pretty sour but full of Vitamin C and as they remain on the plant for a long time they are ideal food for both mammals and birds. The plant also provides prickly, dense thickets which are perfect for protecting both nesting birds from predators and provides small mammals such as hedgehogs a secure place to overwinter. The foliage is a food plant for moth caterpillars including the Magpie moth, one of which made its way into the porch the other day or should I say, night.

Crab Apple (Malus sylvestris) You’ll see these trees on woodland edges and in hedgerows. They’re the wild ancestor of our cultivated apples and are particularly long lived, You can recognise them by their habit as their branches become twisted and gnarled as they mature. Their blossom is sweetly scented and is a good source of early pollen for bees. Growing crab apples provides a host for the hemiparasitic mistletoe, and their branches provide a host for any number of lichens. Both birds (the blackbird and thrushes in particular) and mammals disperse the seeds once they’ve eaten the fruit and the leaves provide food for all manner of moth caterpillars including green pug, the extraordinary looking Chinese Character moth and the eyed hawk-moth. The Chinese Character moth’s markings are intended to deter predators and are said to resemble bird droppings, which is a novel way to appear invisible.

Dog Rose (Rosa canina) You’ll have all seen this climbing plant weaving its way through hedgerows and binding everything together. Pretty pale pink, sometimes deep pink, its flowers are scented and are part of the countryside’s most welcome sights in May. We have fourteen native species of rose in the UK and this is the one we see the most. Unlike many rose cultivars the plant doesn’t suffer from black spot and will grow in sun or shade. The autumn hips are red and full of Vitamin C; blackbirds love them and the flowers provide nectar for insects. Why the ‘dog rose’? It seems that the roots were thought to help if you had been bitten by a rabid dog. I wonder.

Elder (Sambucus nigra) It was said that an elder planted near your home would keep the devil away. I’m not sure that the elder with its rather scraggy form and strangely unpleasant smelling twigs is a thing of beauty so I might plant it a little further away than that. Even the buds are raggedy. However those huge umbels of creamy, fragrant flowers that appear in the spring more than make up for that. Once pollinated, the flower develops into a late maturing dark berry which is eaten by both small mammals like dormice and voles as well as birds. The foliage is appetising too to all manner of moth caterpillars like the dot moth and buff ermine. A large group of elder often advertises a badger sett or large rabbit warren, as the seeds are distributed by the animals around and near their homes. The plant has so many uses but I like the thought of bundles of elder foliage being used in dairies to keep flies away. That’s worth a try. It was also used in the making of dyes – purple from the berries, grey and black from the bark and yellow and green from the foliage.

Hawthorn (Crataegus monogyna) This is a star. The hawthorn’s wonderful pinky white blossom – May blossom – was known as the ‘herald of the winter and the beginning of summer’. A hawthorn really buzzes with wildlife and it seems can support more than 300 species of insects so maybe if you can only fit one new native plant in, this should be the one. The flowers sustain rare little critters such as dormice and provide pollen and nectar for pollinators and the haws (fruits) are rich in antioxidants and are a perfect food for migrating birds such as the redwing. These little thrushes come south from Scandinavia to the UK to feast on apples and our heavily berried hawthorns.

Spindle (Euonymus europaeus) The combination of autumn colours and bright pink capsules which contain the bold orange fruits is pretty dramatic and so spindle makes a good hedging plant or individually planted beautiful large shrub. It would look lovely in a winter border added to which, it is so accommodating in that it can cope with sun, partial shade and slightly more difficult sites like coastal positions and damp places. Pollinators are drawn to the plant but aphids are too – perfect for birds but perhaps not ideal if you are growing vegetables in a limited space.

Hopes Grove Nurseries hopesgrovenurseries.co.uk. Sue Whigham can be contacted on 07810 457948 for gardening advice and help in the sourcing and supply of interesting garden plants.