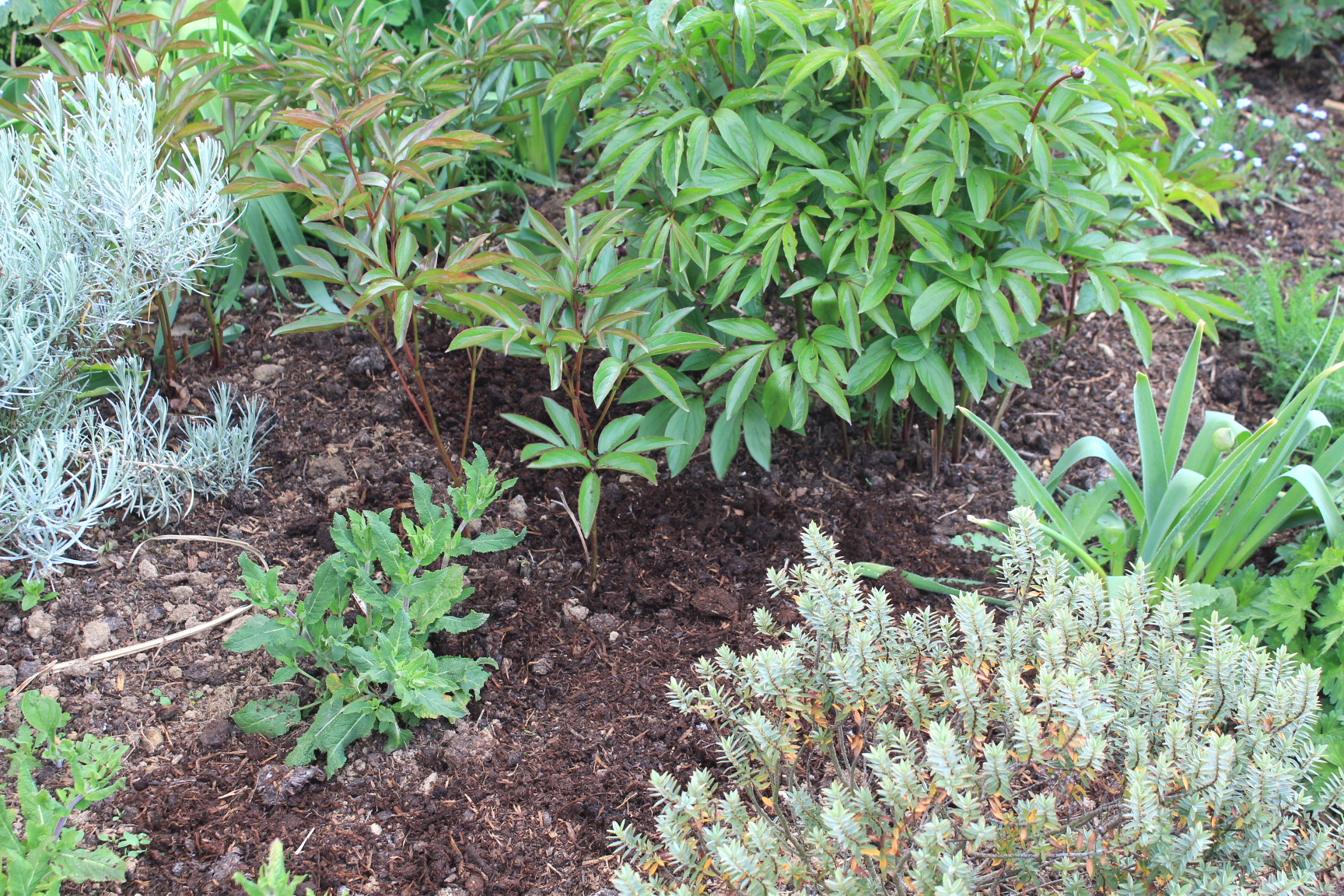 Early summer is the time of maximum growth. The soil is warm and the danger of frost has passed. Everything in the garden should be rosy, except that sometimes it isn’t. One of the main issues that can sap our gardening enthusiasm are weeds. I am slightly in awe of weeds. They are such opportunists – tough and persistent, they will grow almost anywhere and in virtually any soil (if only some of our cultivated plants were as adaptable). They are also fast to germinate – always before any cultivated crops – and they grow so quickly that they easily out-compete other plants and choke them out, often quite literally. They can be hosts for diseases and larval stages of pests. It’s also been found that some actually send out substances that inhibit the growth of other plants. It is quite obvious that weeds spend their days plotting to take over the world and mid June is when they get close to achieving their aim. Understanding a little about how they manage to be so invasive might prevent you from getting too demoralised and help you launch a counter-attack.

Broadly speaking weeds are either annuals, perennials or, occasionally, monstrous invaders like the ubiquitous Japanese knotweed. Annual weeds grow really fast and set seed early in the season. Some are called ephemerals, a romantic sounding word, meaning that they will come and go all through the year, not just in spring, so that many generations may germinate within a few months. They are successful because of the speed at which this happens and by the sheer number of seeds they disperse each time – thousands from each plant. The seed can also survive in the ground for years and years. Annuals seem to be easier to get rid of than perennials, but every time you disturb the soil you will bring more seeds to the surface, where they will immediately germinate. Examples – chickweed, shepherd’s purse, groundsel, hairy bittercress.

Removal by hand – annuals tend to have shallow roots, so hand weeding (especially if you can get to them before they set seed) will be effective. You can dig them up, or better still, hoe them off. Hoeing will cause less soil disturbance and therefore less existing weed seeds are brought up to the surface. Keep the blade of the hoe nice and sharp so that you can just slice along the top of the soil.

‘No dig’ system – gardening without cultivating the soil will reduce the amount of disruption in the ground and will also allow the soil ecosystem to function undisturbed. A thick mulch applied in early spring, while the soil is still moist, will help to prevent weed seeds from germinating and will also improve the soil’s structure – the worms and microorganisms will cultivate the soil for you.

Burning – there are special gardening blow torches available that will burn off the top growth, but this can be a haphazard and laborious task if the weeds are among other plants, or there are lots of them.

Contact weedkiller – these types of weedkiller act like a chemical hoe and will kill off the top growth, so are only effective for annual weeds. Be careful and only use in very still conditions, so that the spray doesn’t drift onto your precious plants. Weedkillers can be harmful to wildlife, especially residual weed treatments that persist in the soil for up to six months or more.

Perennial weeds set seed and also replicate asexually, which means that they can re-grow from the tiniest piece of root that may have been left in the soil. Some, like couch grass and creeping buttercup send out runners near the soil’s surface, others have such deep roots that they are almost impossible to dig out. Examples include bindweed, ground elder, horsetail, dandelion, dock, couch.

Perennial weeds do not seed around quite as quickly as the annuals, but they make up for this with toughness and tenacity and are not as easy to dig out as the annuals. The roots of horsetail, for instance, have been known to grow several metres down into the ground, so a combination of methods may be required for some of the more pernicious perennials.

Removal by hand – it is not enough to just hoe off the top growth of perennial weeds, as they will just grow back. Digging out the roots of weeds like bindweed, couch grass and ground elder can seem like an impossible task, but persistence (sometimes over many years) does eventually pay off.

Weed membrane (or a covering of light excluding black plastic) pegged down over the infested area will eventually starve out perennial weeds, but the barrier may have to be in place for several seasons. Using weed membrane (with a cosmetic cover of mulch) can be effective in low maintenance or shrub borders, where plants remain in permanent positions.

Systemic weedkiller – contains glyphosate and is absorbed by plant leaves and taken down to the roots so that the whole plant is eventually destroyed. Repeated application may be needed for pernicious weeds like nettles and brambles. Use with care (there is some controversy on the use of glyphosate and the environment/human health at the moment). Gel applicators can be used to paint individual leaves where weeds are growing among cultivated plants and there are specialised herbicides available for eradicating broad-leaved weeds in lawns.

Japanese knotweed is in a category all of its own, because it is becoming a huge problem. Introduced by the Victorians as an ornamental plant, it was found originally on Mount Fuji, where it is able to withstand the inhospitable environment of the volcanic slopes. This is partly why it is so invasive here, as even the worst of garden soil is very welcoming by comparison. It is almost impossible to eradicate – to the extent that it has caused problems to homeowners trying to sell their properties. It is not illegal to grow Japanese knotweed in a private garden, but it is an offence to allow it to be grown elsewhere. The problem is that the rhizomatous roots penetrate for metres under the soil and can easily spread under boundaries.

Control of Japanese knotweed is very difficult. It is almost impossible to dig it out, as the roots can go up to three metres down into the soil. Using a translocated weedkiller (glyphosate), which would normally kill a perennial weed straightaway, will weaken the growth of the knotweed, so that in the year following treatment new growth will be small. Eventually – after a few years of spraying, it may be eradicated. The top growth should be dried out and then burnt, as it must not be included with household rubbish or put out in garden waste bins. There are specialist firms that will undertake removal of Japanese knotweed, but this may prove costly.

There are a few other imported plants that have escaped from gardens and are now romping around the place – Rhododendron ponticum, Himalayan balsam and Giant Hogweed are gaining ground and a species of pondweed – New Zealand Pygmyweed, is clogging our ponds and waterways. These species need to be removed as they cause a threat to native habitats and can seriously affect ecosystems.

If you do have Japanese knotweed or are suffering from an invasion of another pernicious perennial, then you have my sympathy. They turn the common garden weeds into a minor irritation. While you were reading this, however, out in your garden several of those ordinary weeds will have released their seeds or crept along a few more centimetres. Let’s go out – and get weeding. 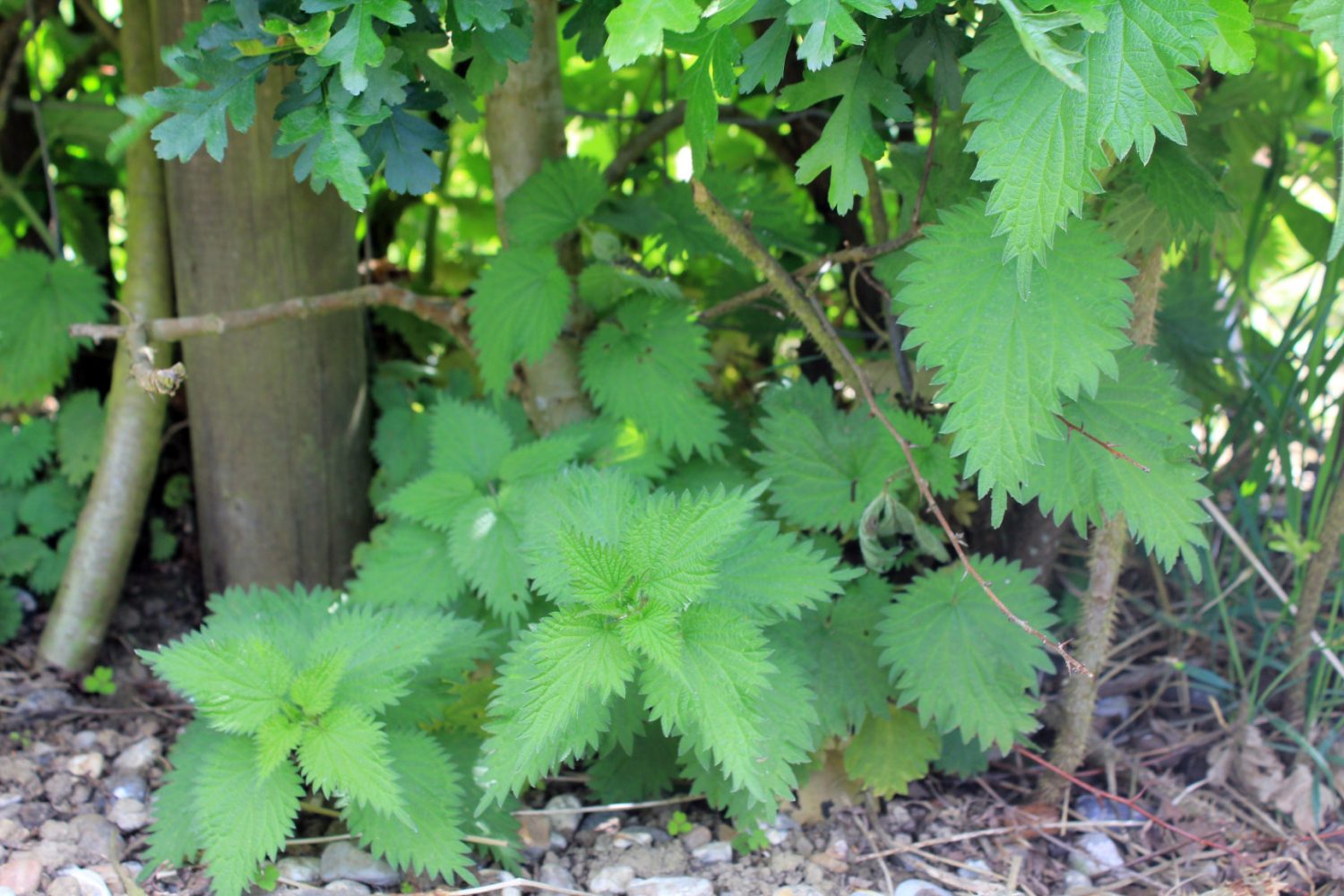 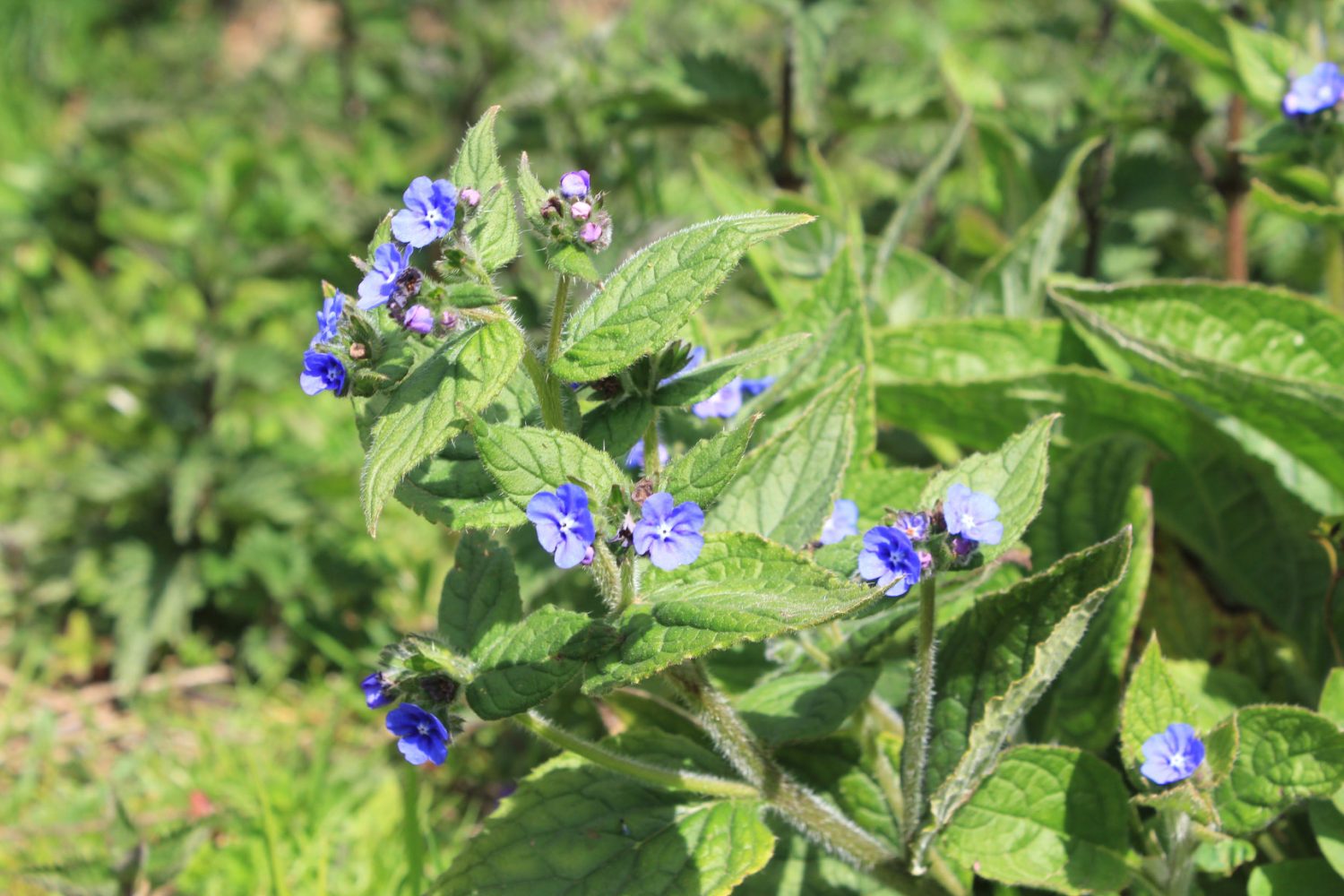 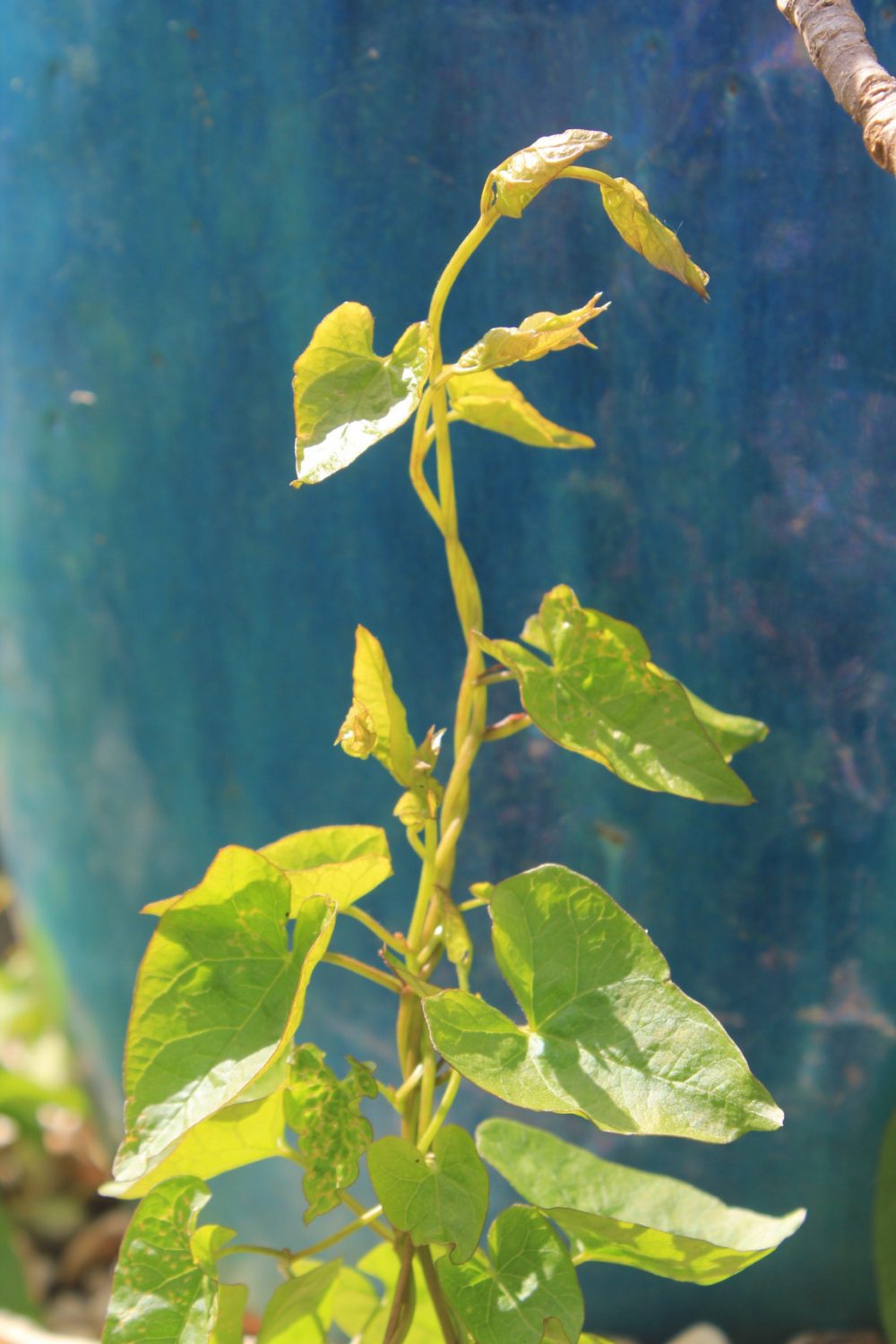 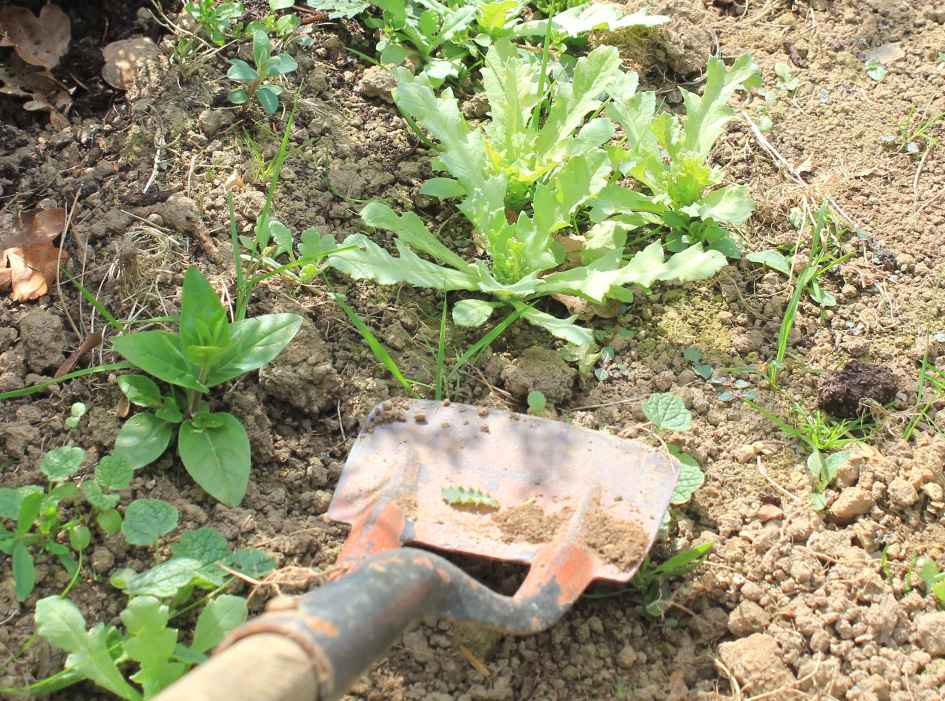