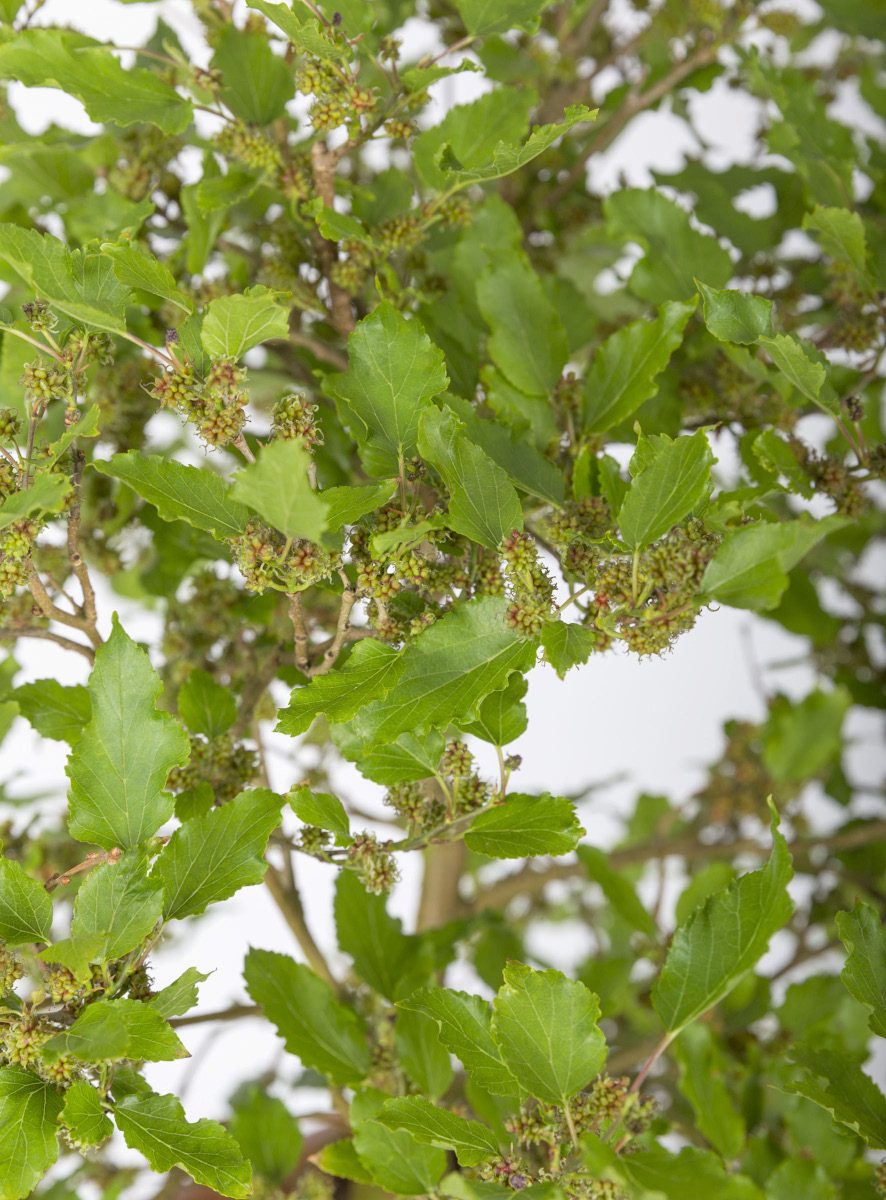 A four minute walk from Victoria Station takes you to Eccleston Square, a wondrous three acre garden tended by Roger Phillips for the past twenty-four years. Roger is not only a long term resident of the square but a complete plantsman and author of books like Trees in Britain, a well thumbed reference book here, and Wild Flowers of Britain which became an international bestseller. There were great wisterias towering up into the trees as they would in the wild, a National Collection of ceanothus and gorgeous roses, not normally hardy in the UK, in full bloom. And this was in late spring.

But I digress, an added bonus was to meet a lady on this visit whose last project, whilst working at RHS Wisley, was to get the Plants for the Future initiative up and running. This project, set up in 2014, encourages and advises non professional British plant breeders in how to get new plants to the market. The idea is to provide encouragement and information to anybody who might have bred a new plant either intentionally or unintentionally and who might want to bring it successfully to the commercial market and to ‘support the horticultural industry as a whole’.

As well as showing you how to progress your ‘new plant’, the initiative also gives you a comprehensive understanding of the vital PBR or Plant Breeders’ Rights and how to apply for them. These are a form of intellectual property rights which will give you, as the breeder, exclusivity over the propagating of your new variety as well as the marketing side of things. It’ll protect your potential income from the plant for several years as long as you register the plant within a year of it first coming to market.

I’ve had a good look at their pretty comprehensive website which is well worth looking at if you tinker around in your greenhouse cross fertilising plants or even if you find an interesting seedling in a flower bed. I always hope that I might find a hellebore that is unknown as the parent plant produces so many little seedlings each season, none of them resembling their parent, that surely there must be just one little darling waiting to be discovered. Thompson & Morgan, who have a huge plant breeding site outside Ipswich, tell the story of a lady finding a primrose yellow foxglove in her own garden with flowers emerging around the stem. After some time finessing her one foxglove the plant finally emerged as Digitalis ‘Primrose Carousel’ and was launched onto the market some years later. So it can be done.

In less than a decade the Plant of the Year award, judged at the RHS Chelsea Flower Show each spring has become arguably the premier plant award. This year there were thirty-five entries which were delivered to a closed room somewhere in the showground by, I suspect, horribly nervous nurserymen and growers. Just think what a difference winning this award must make. Anyway, the thirty-five plants are then whittled down to a short list of twenty which then go through to the final round.

These are then put on show in the Great Pavilion. On the Monday, Press Day and the day of the annual Queen’s visit, at precisely 11am the judging takes place. The judges have to take into account whether the plant really is not only new, but also innovative and likely to last the course rather than become a ten minute wonder. The voting audience is usually made up of the great and the good from all corners of horticulture. By lunchtime it is all over and everyone knows who the winner is. I don’t know whether there is a grand announcement or whether word gets out by osmosis.

Last year’s winner was a rather lovely clematis, Clematis koreana ‘Amber’ exhibited by Taylor’s Clematis. This year, however, the award went to an ‘edible’ in the form of a dwarf mulberry tree, Morus rotundiloba ‘Charlotte Russe’ which has been bred over many years by 89 year old Hajime Matsunaga from Japan and was exhibited by the Horticultural Trades Association in the Great Pavilion. I see that it is already for sale and is described as a 21st century mulberry. Bearing in mind that mulberries normally can take up to ten years to fruit, this one, a cross between a white and a black, sounds miraculous. Apart from being pretty dwarf and absolutely ideal for smaller gardens and containers as it only gets to 150cm, it has a list of attributes including being able to fruit on both old and new wood, with a crop ripening in May on one-year-old plants and going on right through until autumn. It is also self-pollinating.

What else? Yes, it produces delicious fruits which I’ve never seen for sale in the shops. I think there’ll be a run on these plants.

The runner up this year was Salvia ‘Crystal Blue’ which was exhibited on Hardy’s Cottage Garden Plants stand at the Show. This plant was spotted on a nursery in Michigan, USA seven years ago growing amongst thousands of S. ‘Mainacht’. It was isolated and grown on whilst the breeders anxiously waited to see if it would revert to being dark but this didn’t happen and its distinctly branching habit and exquisite pastel blue flowers obviously caught the eye of the judges. I can’t wait to join the queue for this one. 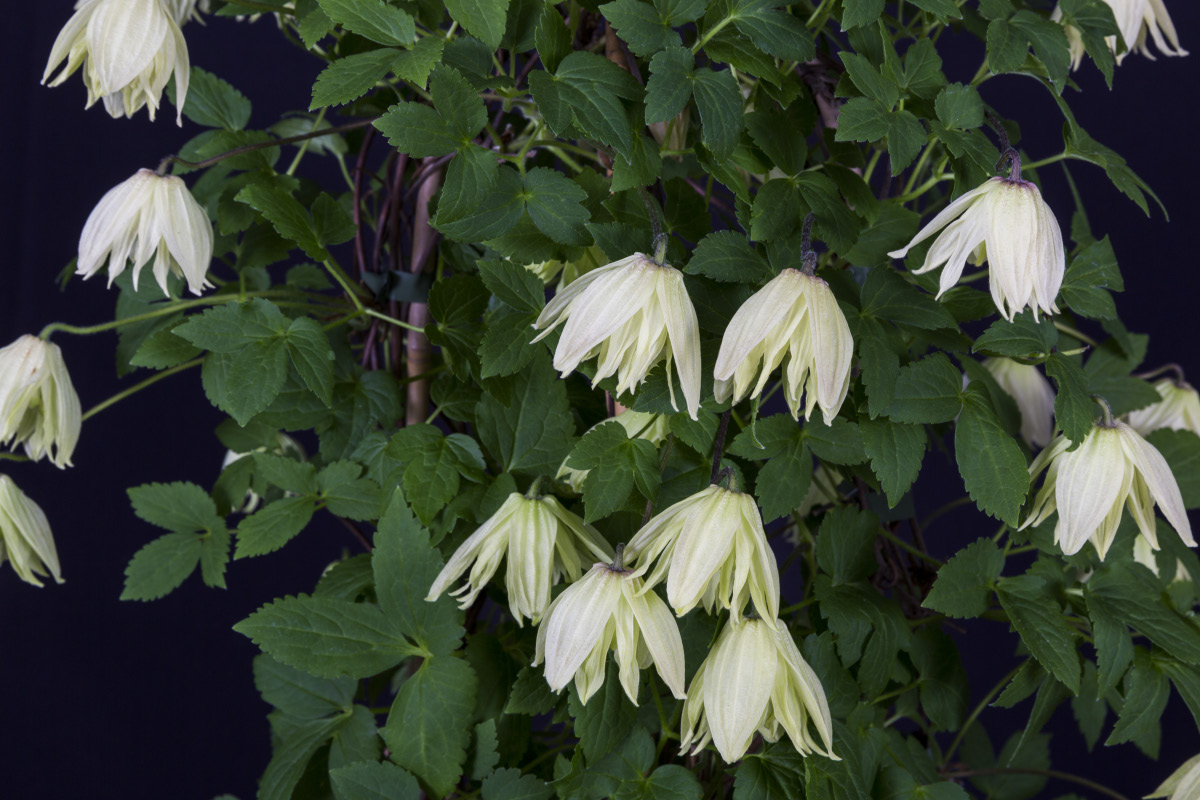