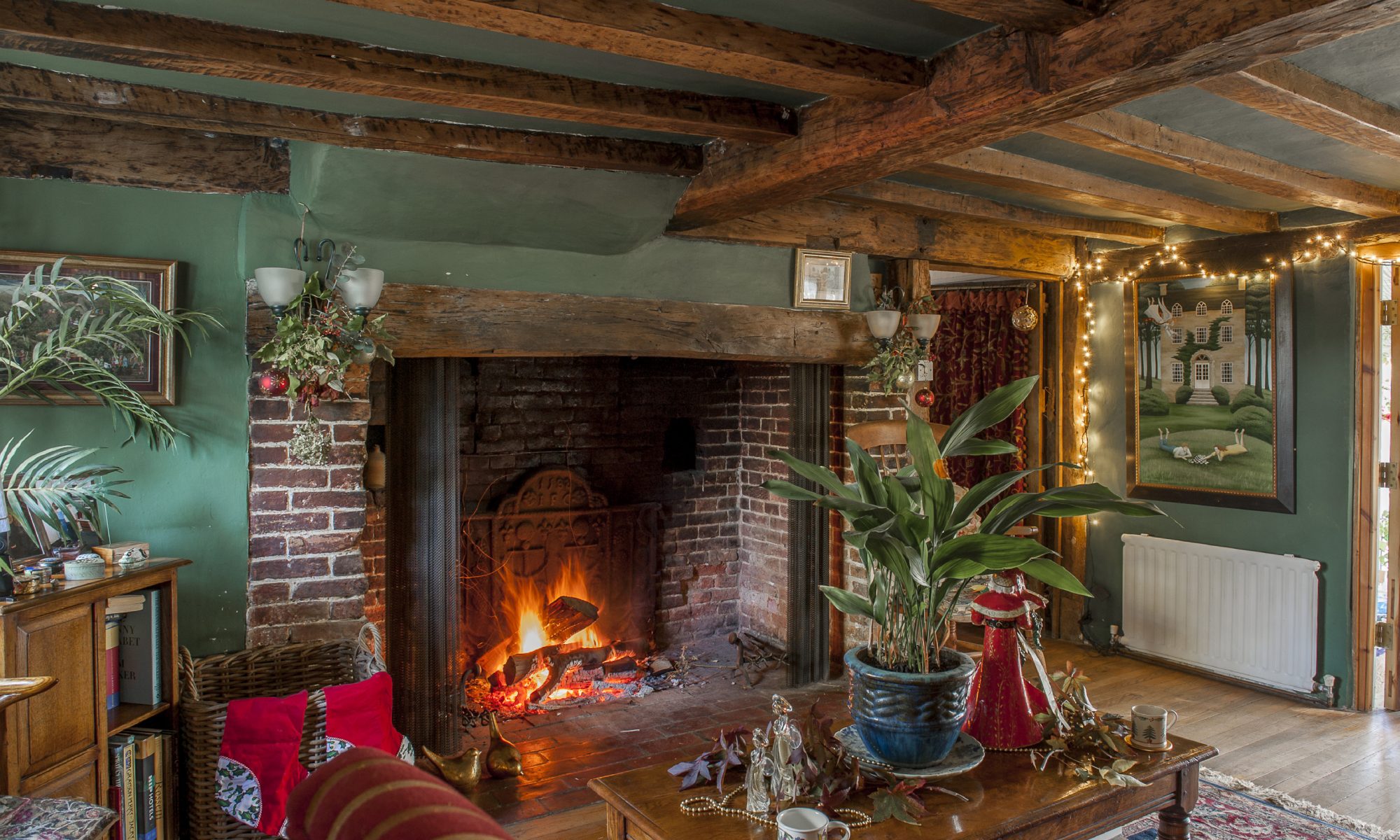 This house, down a rough farm track near Staplehurst, is not a show home, neither is it a designer home full of the latest interior trends. It’s not bling and doesn’t have electric gates with an intercom where visitors have to request permission to enter. For all these reasons, what it is, is a truly special family home – and one where the current family intend to stay for the foreseeable future.

READ MORE
This family, made up of Tim and Eve – plus three grown-up children and three grandchildren who regularly come to stay – has already lived here for 23 years and has no plans to move. “We were living in Frittenden,” says Tim, “which we just adored, and weren’t thinking of living anywhere else.” Then one day, a brochure came through the door from a local estate agent, with the details for this house.

“I thought ‘it’s not in Frittenden. I won’t even bother looking at it’, and put the brochure in my bag before driving over to my business partner’s house.” Having spent the journey thinking about the weatherboarded farmhouse and 12 acres of land, Tim couldn’t help but tell his business partner all about it. “I was rabbiting on, and his wife overheard. She said, ‘I know that house. It’s in the most fantastic location’.” And that was the second twist of fate.

“So, I arranged to look at it,” says Tim. “I drove down the drive and, when I saw it, I just had this extraordinary feeling that this was a house we could live in for the rest of our lives.” The next day he took his wife Eve to look at the house and the feeling was mutual. Plus, says Tim: “Eve had always wanted to live in ‘the last house, down a track’.”

Being the ‘last house down a track’ doesn’t really do the place justice. “Most days you can sit outside, or open a window, and all you will hear is the sound of running water and birds,” says Tim. In 1586, someone must have had a similar thought, when deciding to build a house here (though perhaps their reasons were more prosaic, like the convenience of the two natural ponds).

The five-bedroom house, a classic timber-frame and brick building, clad with white weatherboard is typical of the Weald. It sits between the ponds and a weatherboarded barn of the same age – and is surrounded by paddocks, ancient hedgerows and mature oak trees.

From this starting point, Tim and his family have created the perfect home – for them – inside and out: “We’ve tuned this house to how we want to live as a family,” says Tim, who converted the barn into a home office and a space where the family could “play games and loud music”. Stables, a pretty greenhouse and a home cinema have also been added over the years.

Tim was a television producer for over 30 years and his eldest son is a film director, so the home cinema isn’t purely a luxury. It came about when the couple were re-building and enlarging their garage and were left with a large roof space: “When Eve suggested a home cinema, I needed no more encouragement than that,” says Tim. “I could visualise the Empire Leicester Square on a small scale. And that’s what we tried to do…. for nine people!”

The home cinema is also especially popular at Christmas: “The two younger children have what they call pyjama days, where they come downstairs, grab something to eat, grab a handful of films and head over to the cinema. They’ll then reappear when they’re hungry, fill up a plate and go and watch more films,” chuckles Tim.

As we head indoors, through a timber-framed hallway full of wellies and outdoor jackets hung on pegs, it’s easy to see how lovely this house must be at Christmas. Tim agrees: “The children, who now all live in London, hold this house in such deep affection… They gravitate back here, especially at Christmas, when they want all the Christmas rituals that they grew up with.”

At this point, Tim’s wife Eve arrives back with the horsebox, having taken one of her Highland ponies to a local event. It might help to complete the picture, to explain that Tim and Eve, as well as having the pleasure of visiting children and grandchildren, share the farm with three ponies, two dogs, three cats, a selection of ducks and chickens, and a lone bantam cockerel.

As Eve slips off her boots and comes into the kitchen, she joins in the conversation about Christmas: “We have a very full house, with our three children, their partners and our three grandchildren, plus various visitors. It’s very cosy but noisy too,” she laughs. The extra accommodation in the barn comes in handy, apparently, for those who want to escape the noise and excitement. Or there is always the home cinema…

On a day-to-day basis, the kitchen, where we are standing, is where Tim and Eve spend a lot of time and where they eat. Dotted around there are original, homely, works of art as well as books…well, everywhere. Who is the book addict? “Me!” says Eve. “Tim bought me a Kindle in the vain hope that I would stop buying books. It didn’t work!” Just as the home cinema is a clue to Tim’s former profession, so the books hint at Eve’s career as an English and drama teacher.

Leaving the warmth of the kitchen, we amble to the other end of the house, to sit down for a cup of tea in the snug, or TV room. Soon after buying the house, Tim and Eve separated this room from the next door ‘book room’ by adding wood panelling, so that the children could watch television while their parents enjoyed some quieter time.
Rarely has a snug been so worthy of its name. Dark red flocked wallpaper, plush sofas and heavy curtains all give a visual sense of snugness while a wood-burning stove does the real work. Complementary pictures line the wall, two with gilding that reflects the warm glow of the fire.

On the subject of art, it’s hard to find a picture in the house that Tim can’t tell you about. It’s clear that he and Eve are not only art enthusiasts but also keen supporters of local artists: “We’ve got a number of paintings by the late Frittenden artist Anne-Catherine Phillips and several by Richard Adams, who’s from Playden just outside Rye,” says Tim. I also notice a ceramic tiger on the mantelpiece by local ceramic artist Marie Prett. “Yes, we’ve got lots of things from Marie’s Singing Soul Gallery,” adds Eve.

Next door, in the book room, you’ll find artwork and decoration in a more unusual form. Instead of wallpaper depicting the spines of books, Tim and Eve have a wall of children’s books, collected over many years from book fairs, jumble sales and second hand bookshops: “They date from about the First World War to about the mid 1950s,” says Tim. “They have these fabulous illustrated spines, so together they are a complete decoration in themselves.”

Opposite the book shelves is an enormous inglenook fireplace, home to a blazing log fire. Unlike many such fireplaces, it actually puts out some heat. “When we light the big fire it just envelops the whole room,” says Tim. The inglenook also provides the perfect place for the family to hang their Christmas stockings. These days there are nine stockings – which keep the family going until ‘official’ present unwrapping after lunch.

Across the room, double doors lead out into a large conservatory which was built about 18 years ago. The additional room has had a transformative effect on the way the family enjoy the house, with large family meals including Christmas lunch now eaten in this verdant, plant-filled space where lemon, bougainvillea, hibiscus and jasmine plants encircle the long dining table. Views are of the garden, pond and neighbouring fields.

You’d think that there couldn’t be a nicer spot to enjoy a family meal, but there is a new addition to the home, that Tim is eager to show me. We head out into the chill of the garden, a low wintry sun offering a touch of warmth, and stand on the new timber deck, which partially covers the pond. Two olive trees and a tree fern add to the continental feel of the sun deck.

“We built this this summer,” says Tim. “It hadn’t really been planned, it was just a sort of organic thing that happened…” As well as offering a tranquil spot to sit – it’s true that all you can hear is running water and birds – the deck also offers an entirely different view of the house and barn.

Standing back, we admire the 16th-century structure, with its almost invisible Victorian extension on one end, and Tim’s more recent addition on the other end, of larder, porch and utility room. Family members are laying the table in the conservatory, oblivious to the pair of us watching from the garden. It’s the perfect scene – an historic, Kentish family home – and I rather wish I was coming to join them for Christmas. 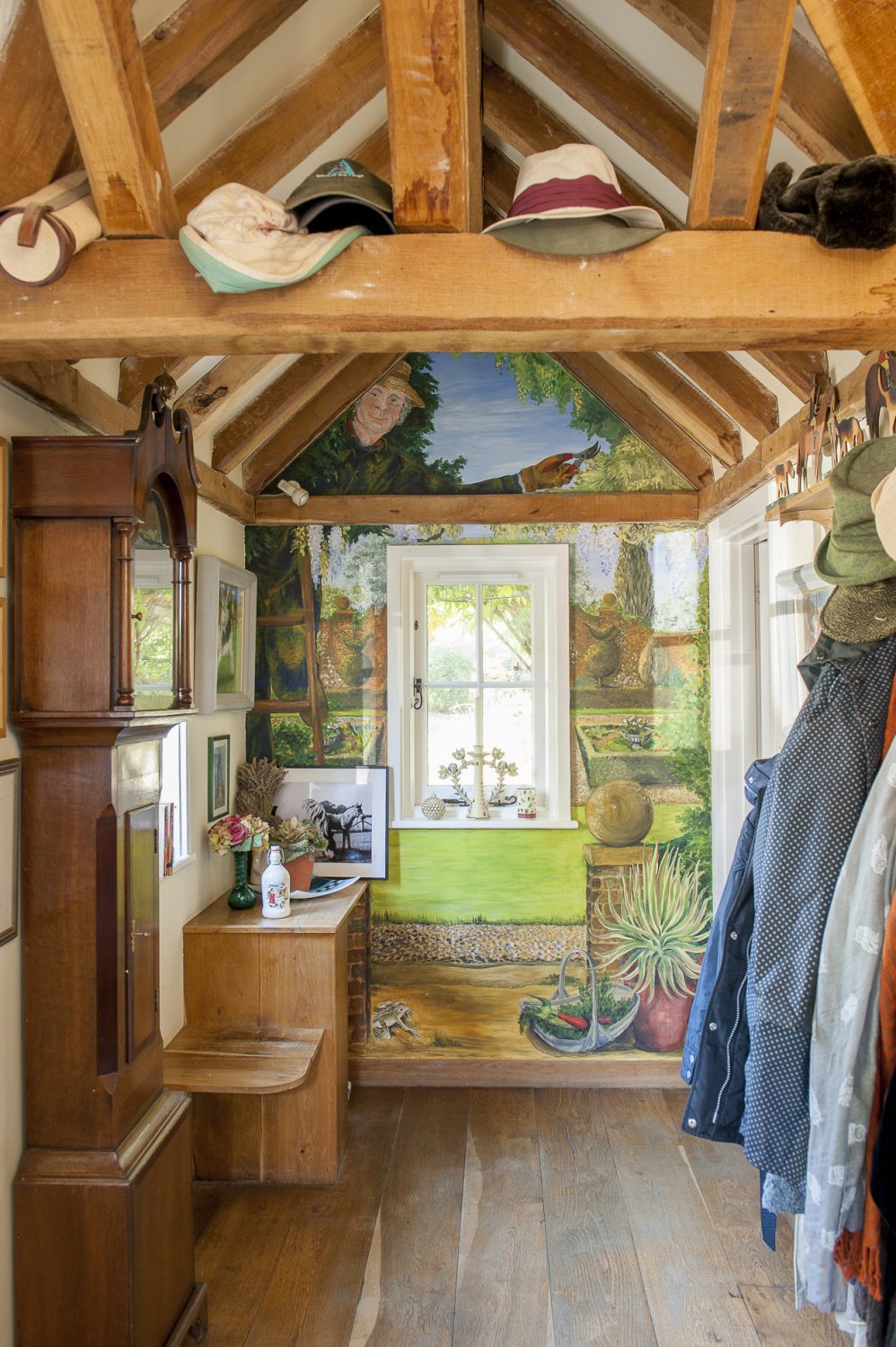 The mural in the entrance hall was painted by Sue Fields 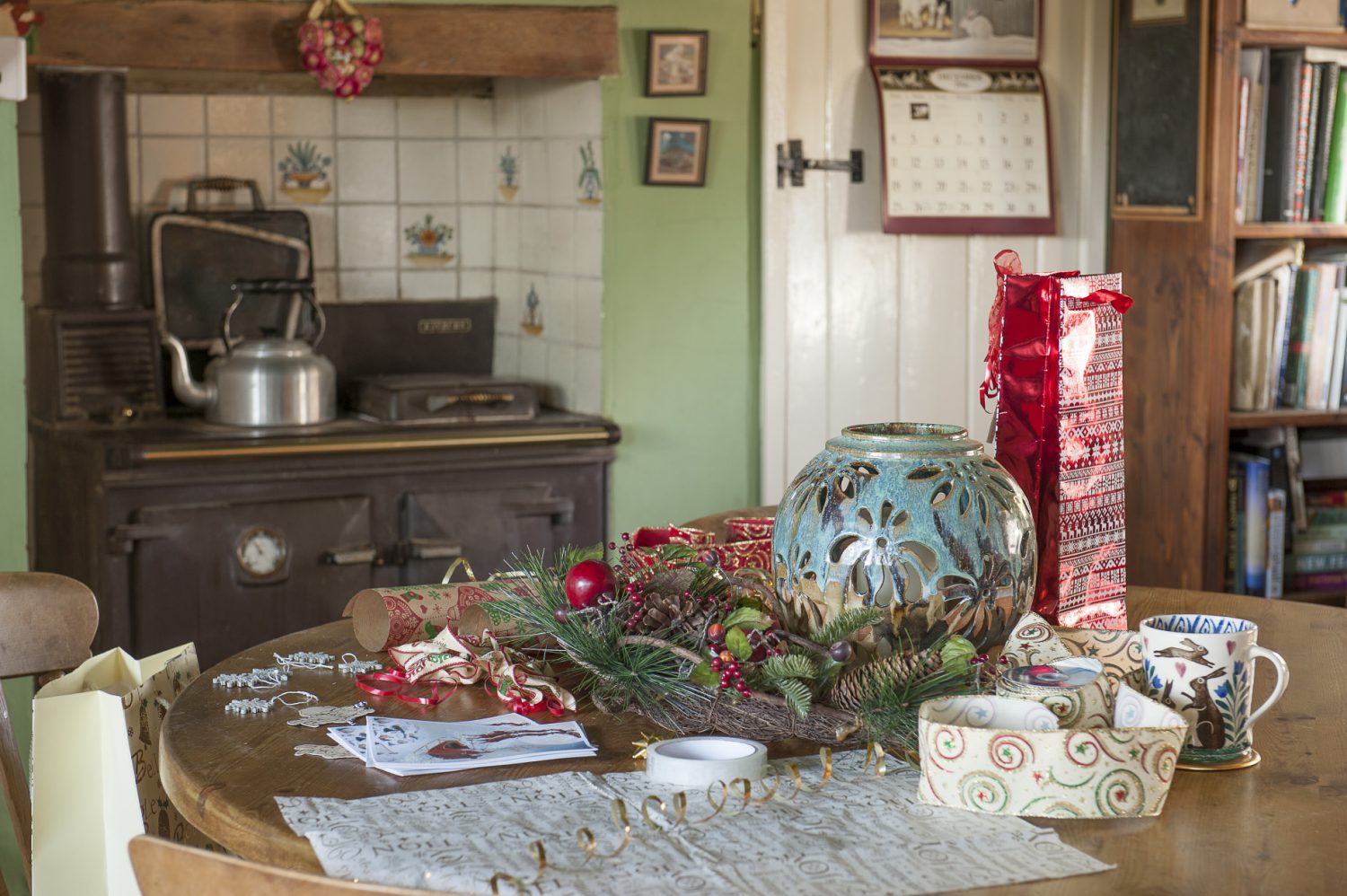 The family love their Christmas rituals 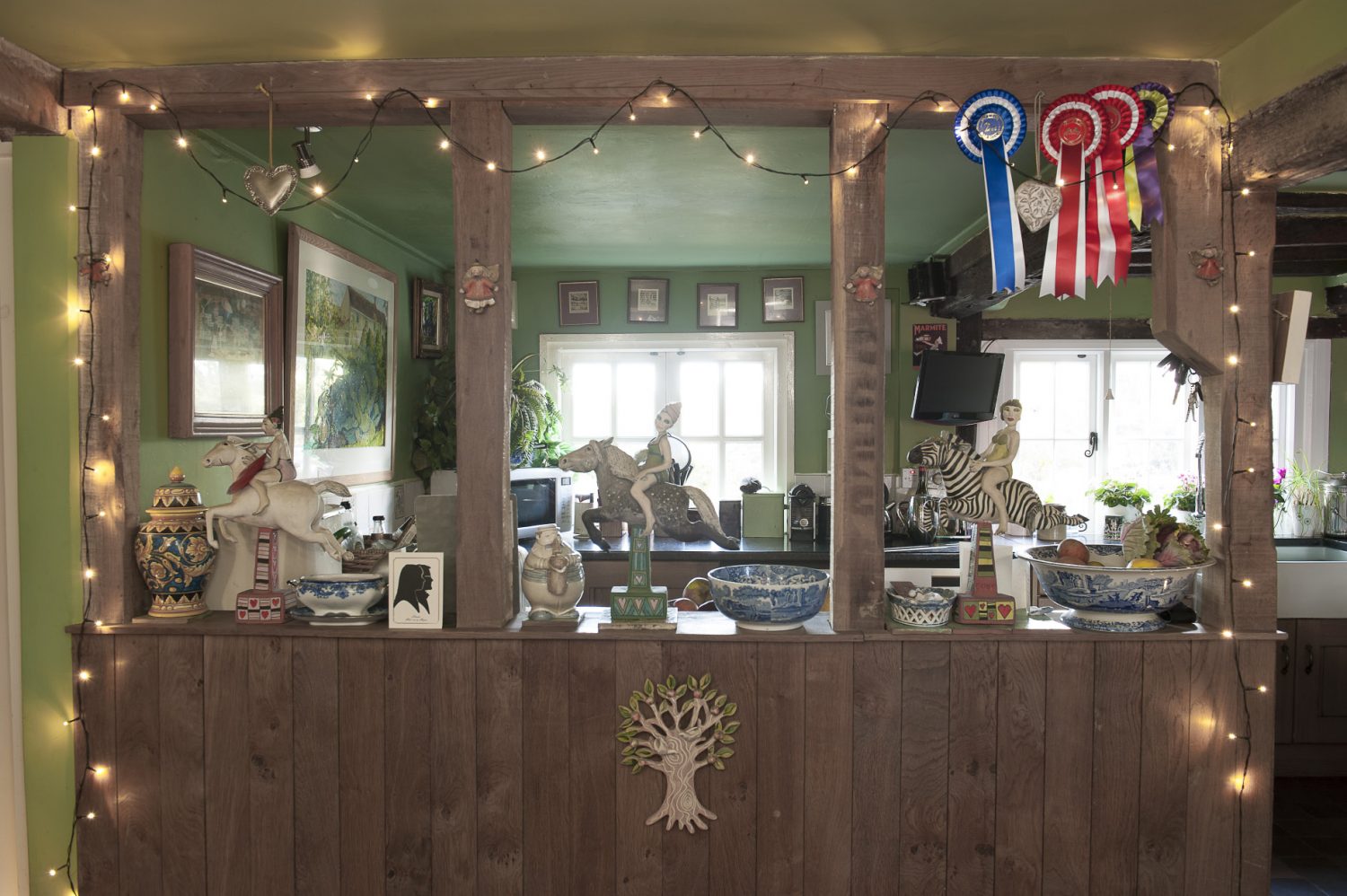 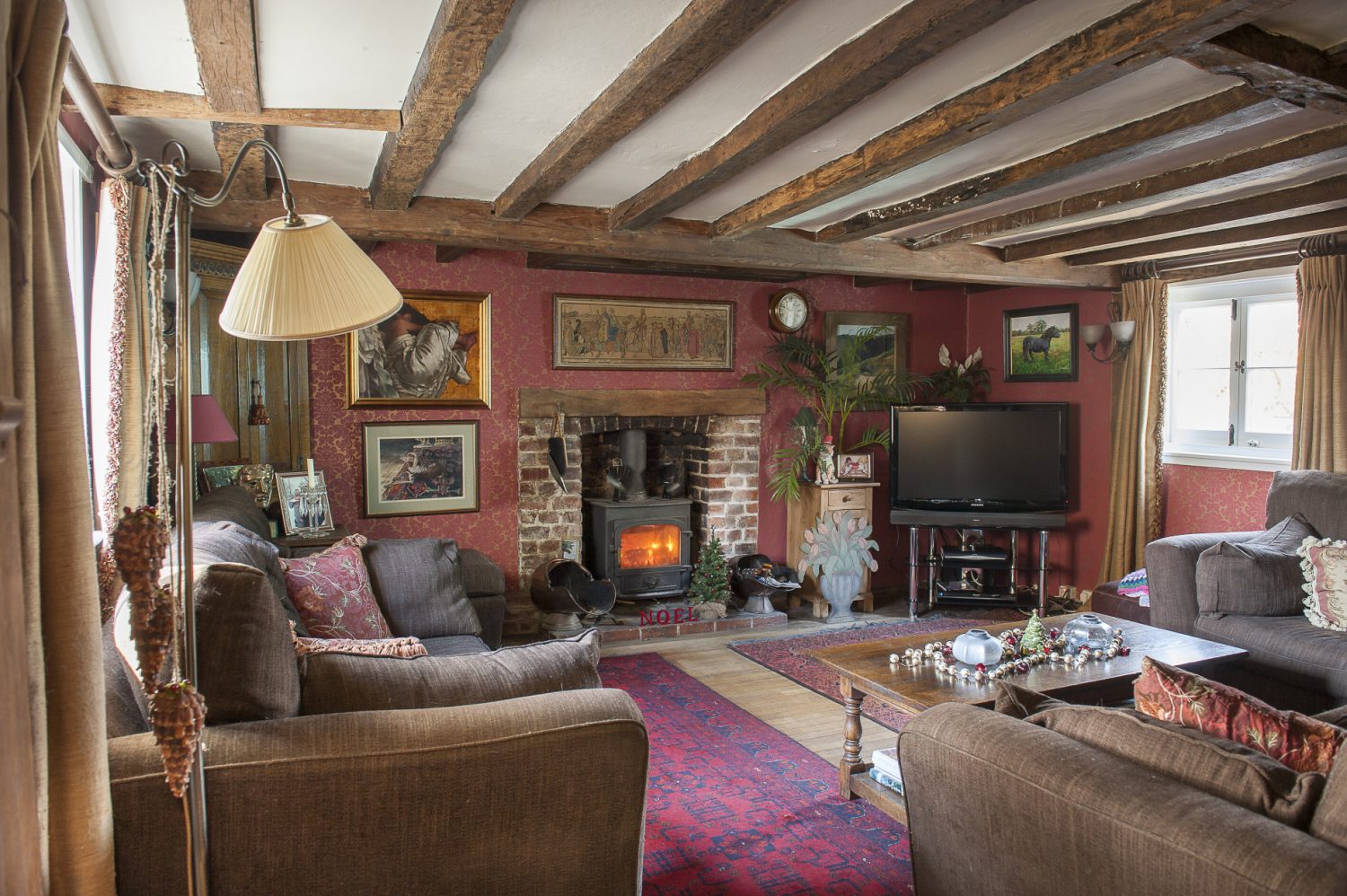 The snug was created as a room for the kids to watch television, while their parents enjoyed quieter time next door in the book room 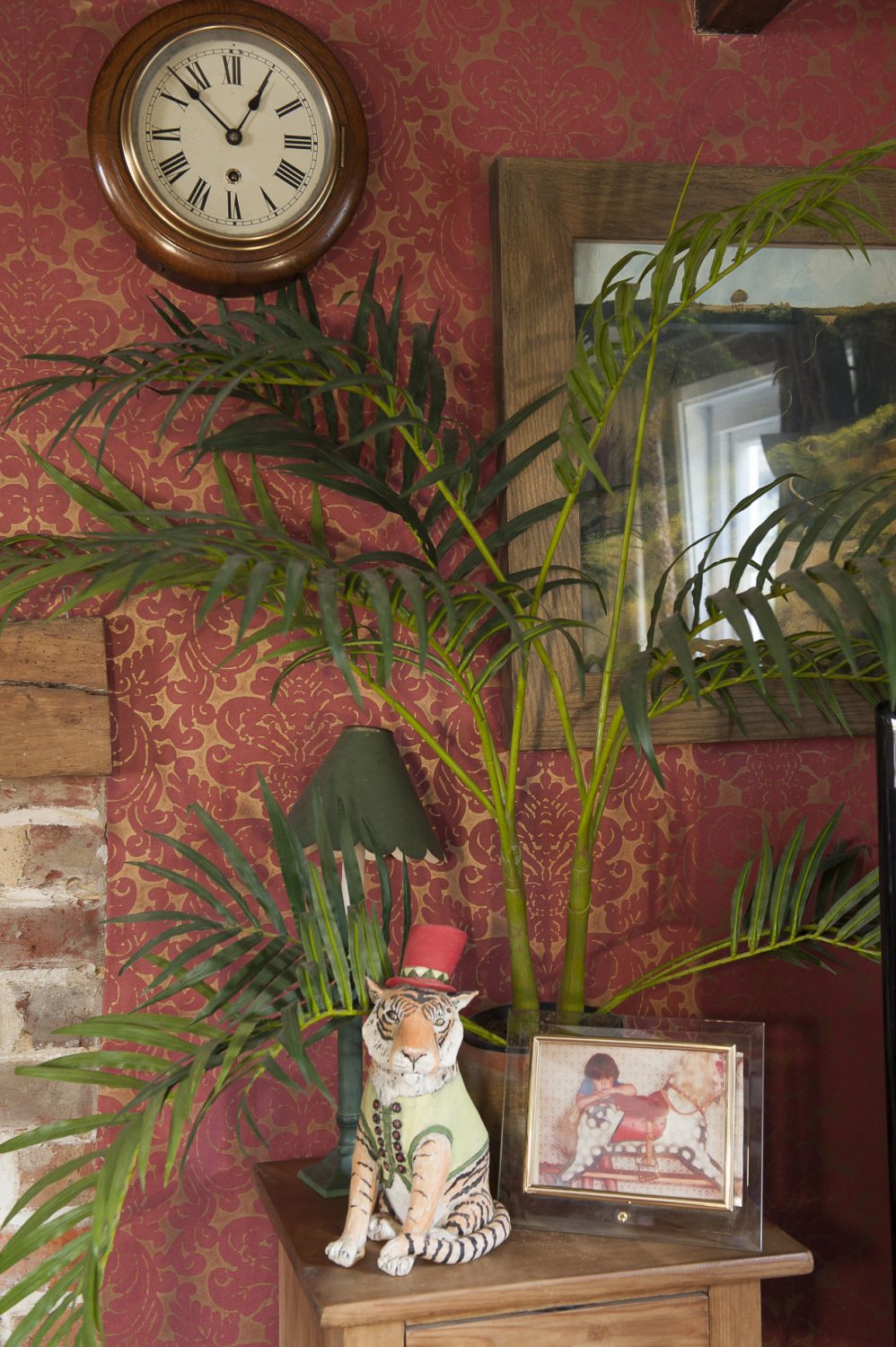 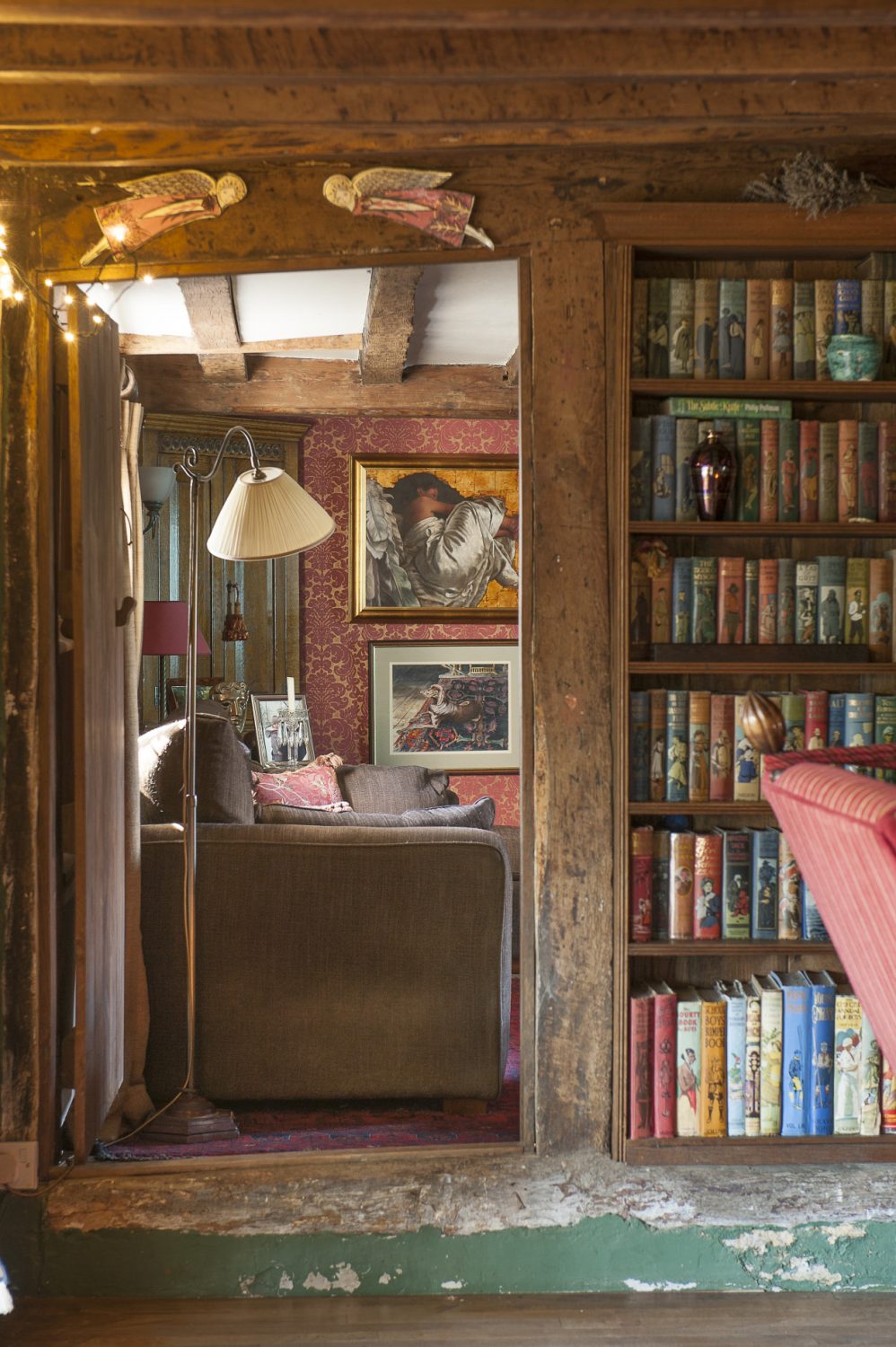 Instead of wallpaper depicting the spines of books, Tim and Eve have a wall of children’s books dating from the First World War to the mid 1950s 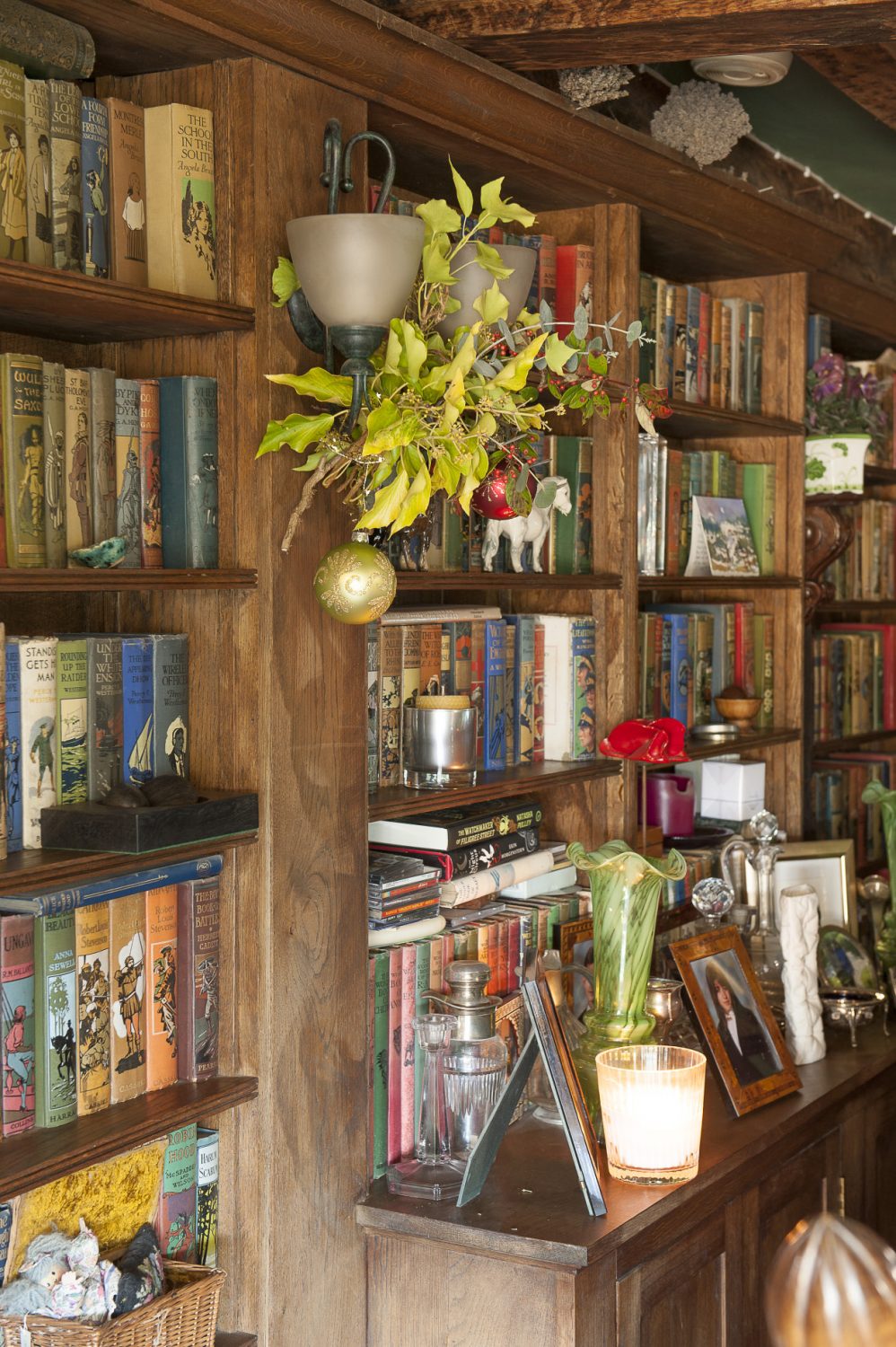 Looking from the book room into the snug. The angels are from the Singing Soul Gallery in Cranbrook 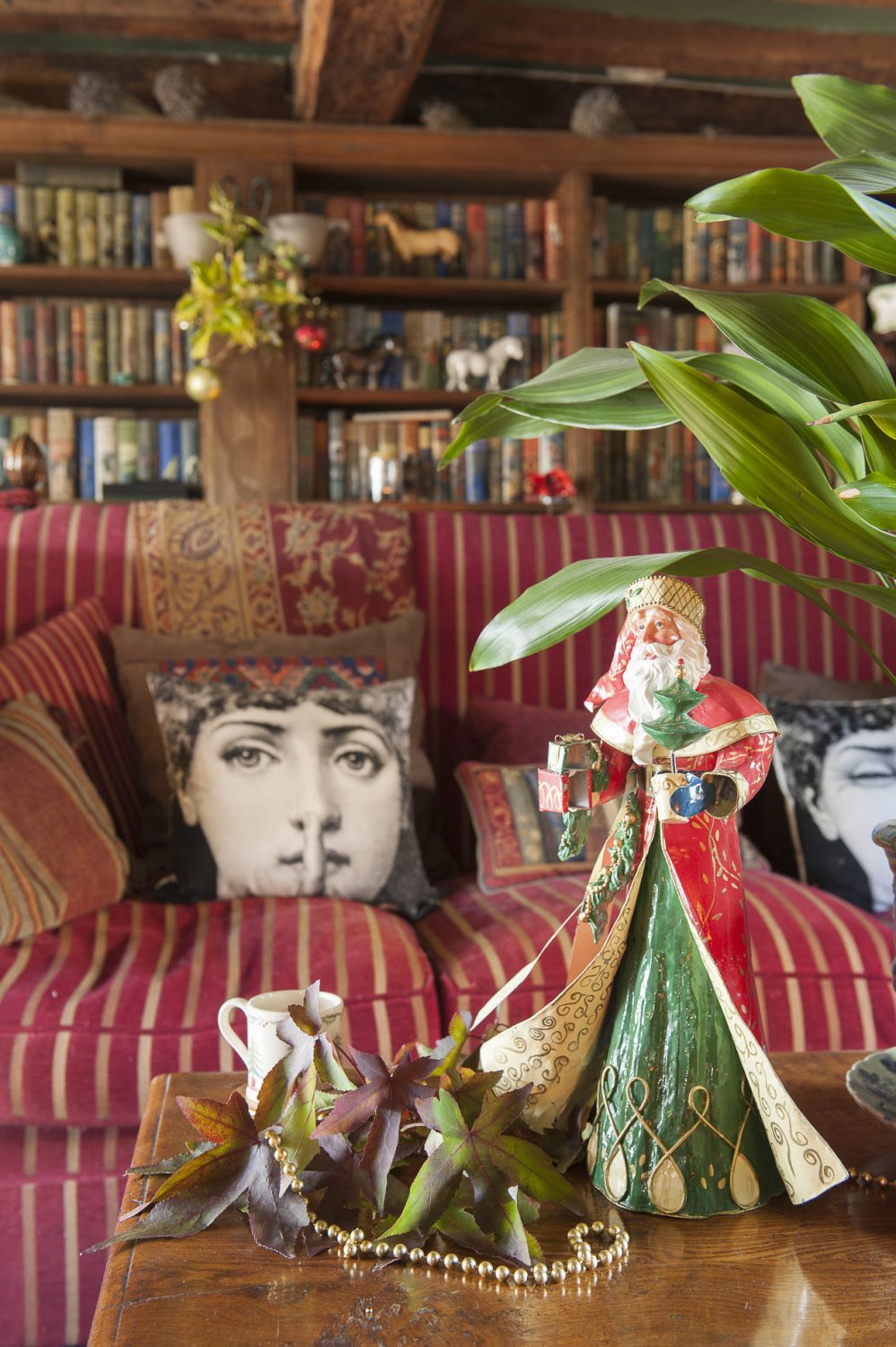 They bought the Fornasetti cushion online 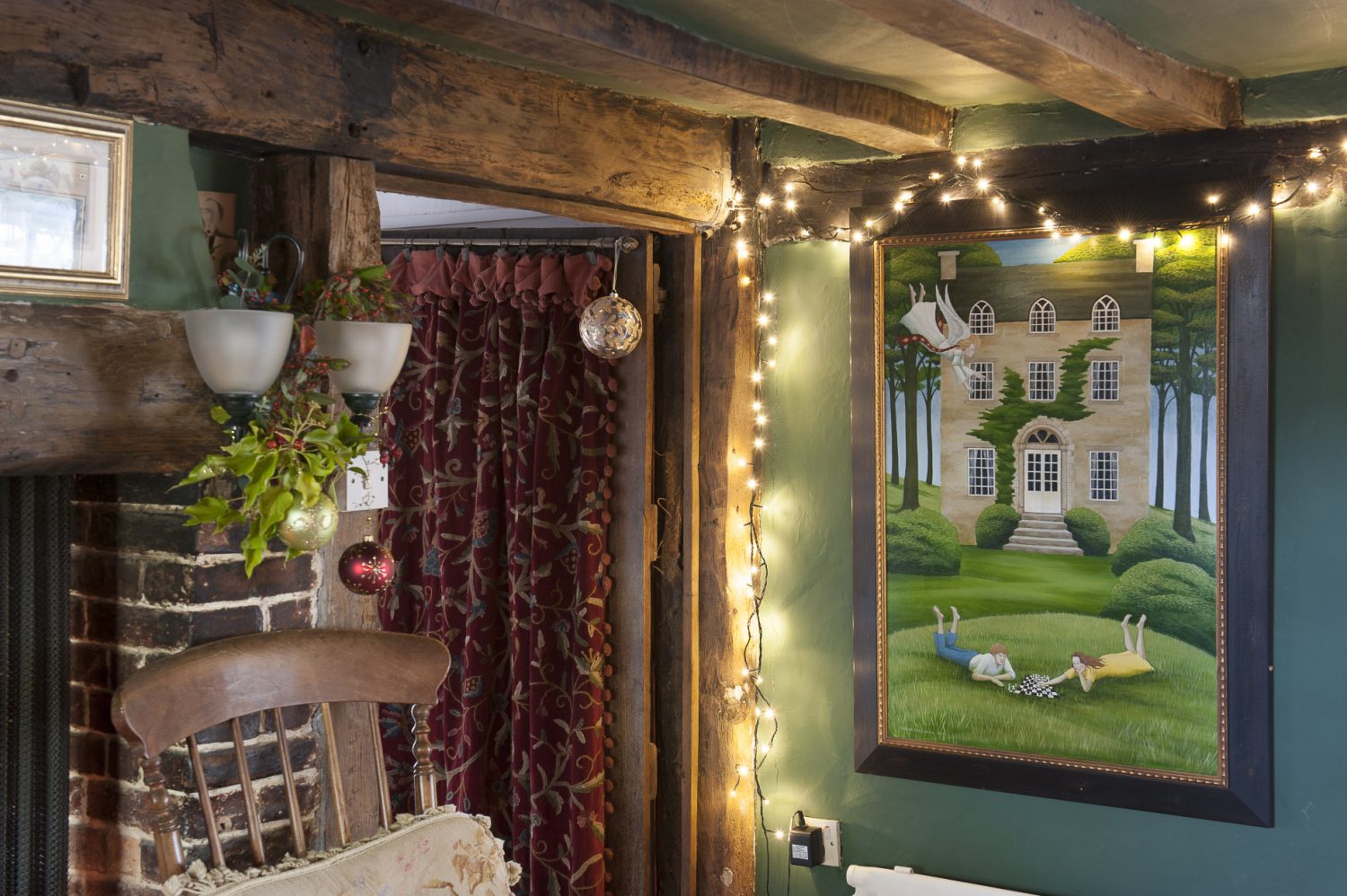 A painting by Rosalind Lyons Hudson 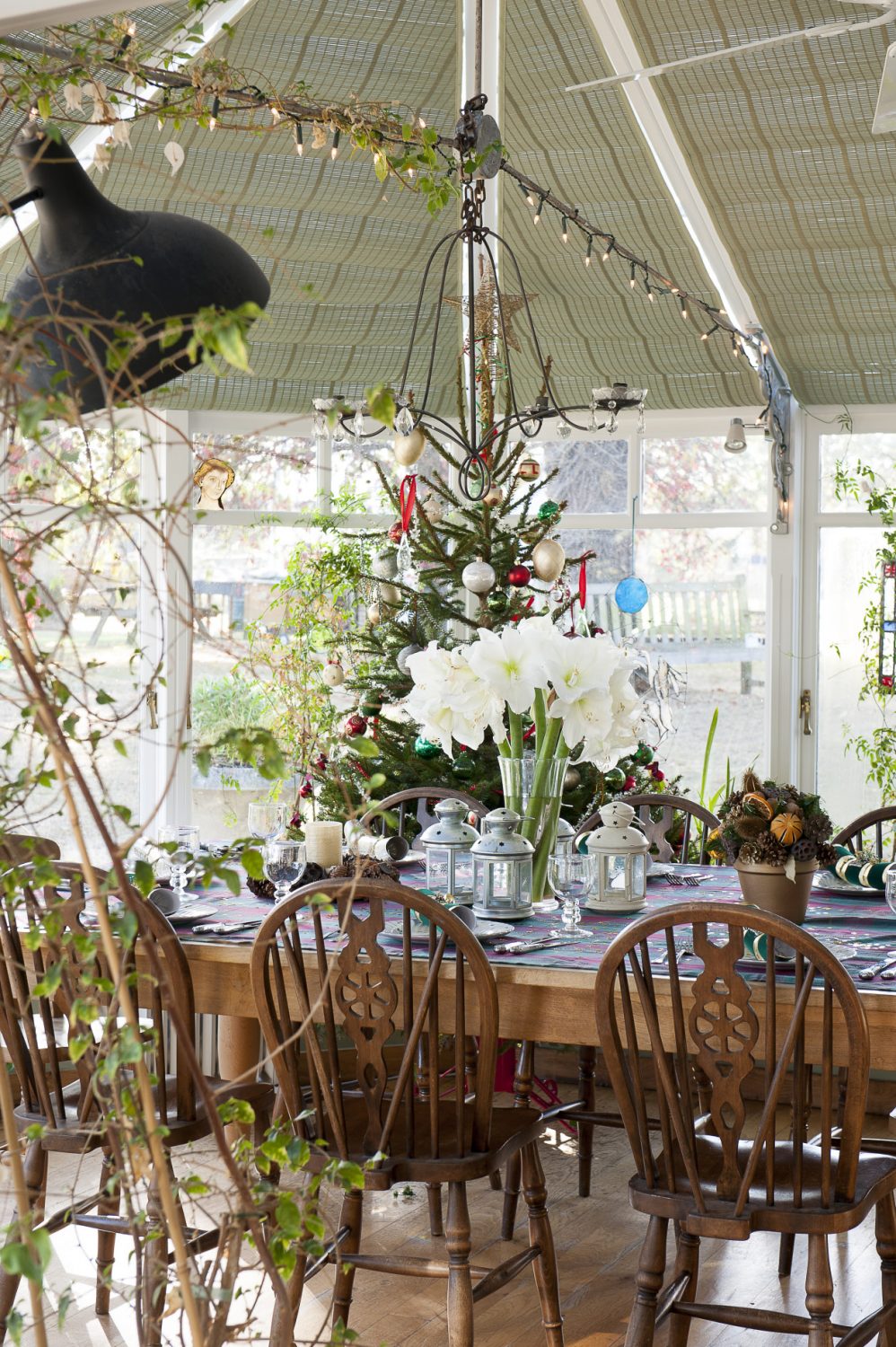 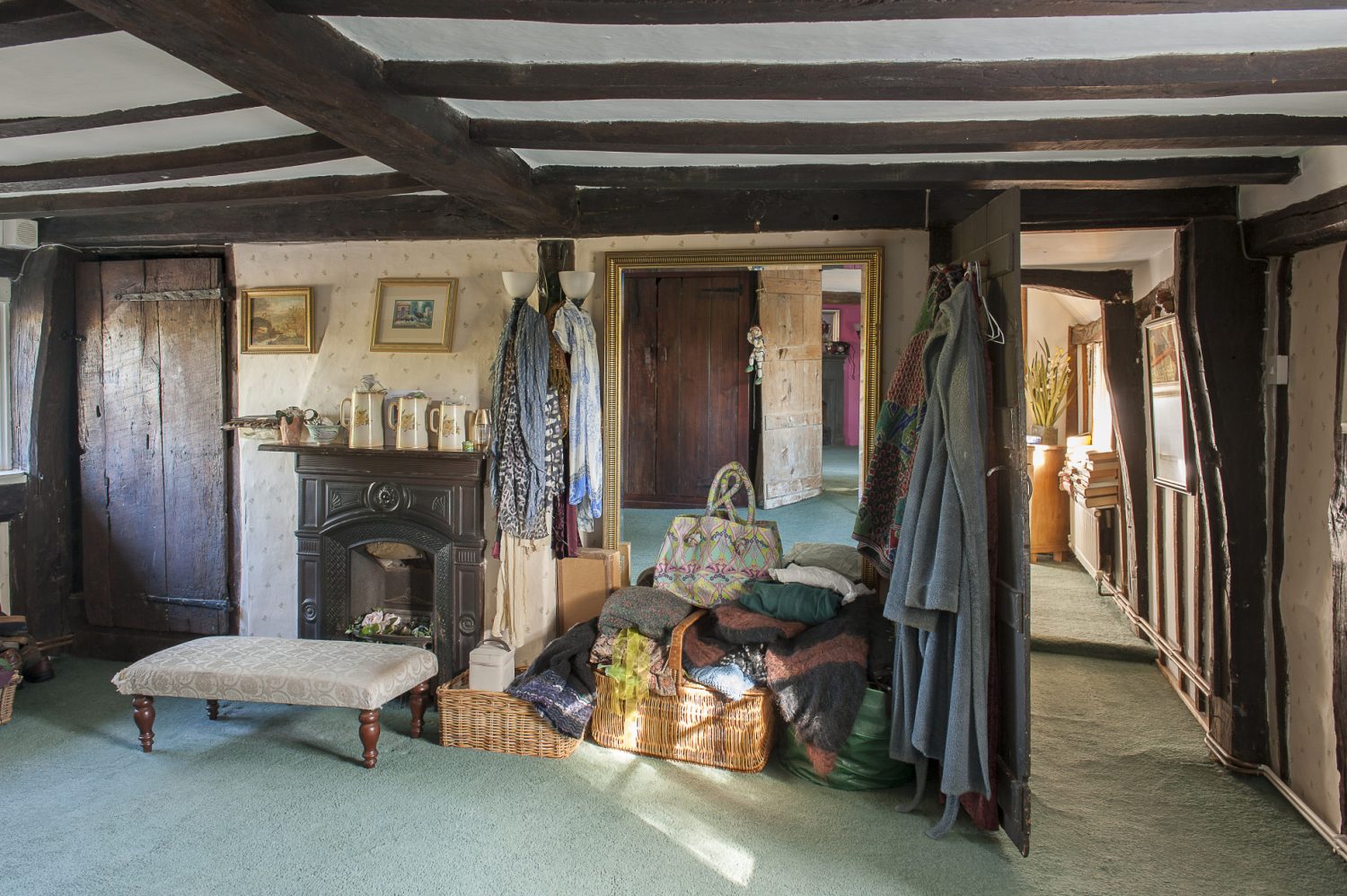 Upstairs, Tim and Eve use the large space outside the bedroom as a dressing room 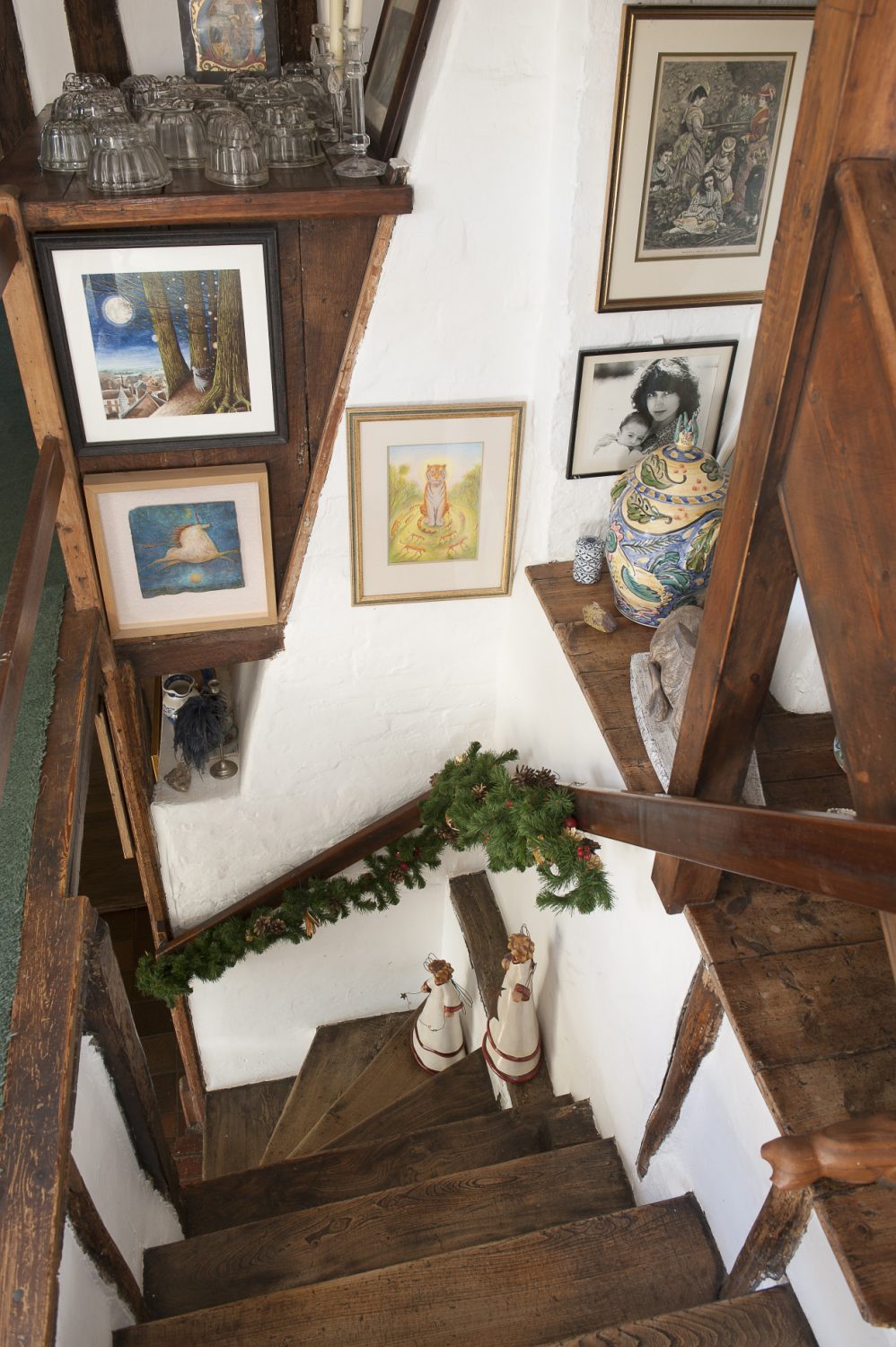 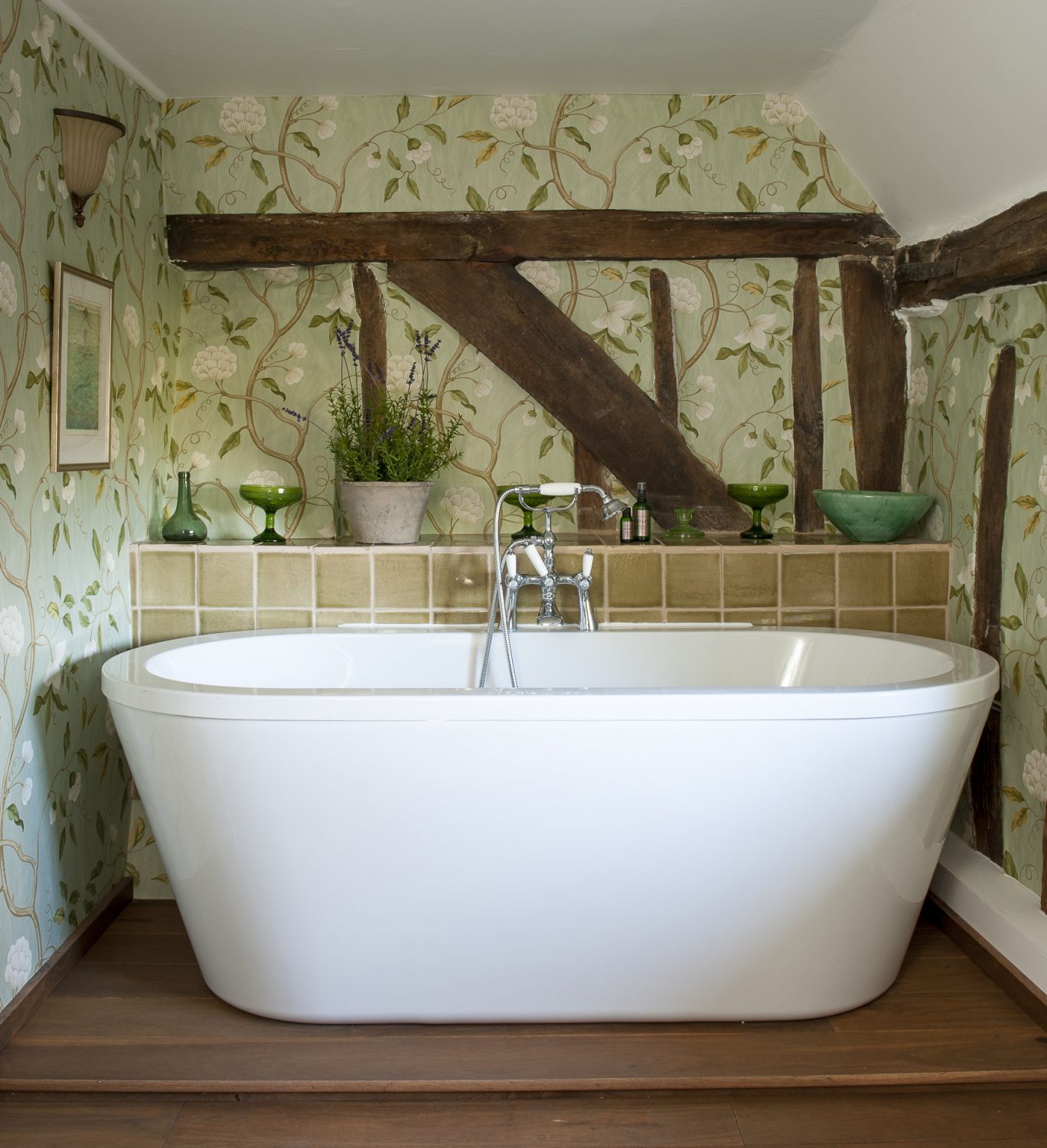 The bathroom was recently refurbished by their builder friend, Steve Moss. Eve chose the wallpaper, by Colefax & Fowler, because it looks as though it has been painted onto the wall 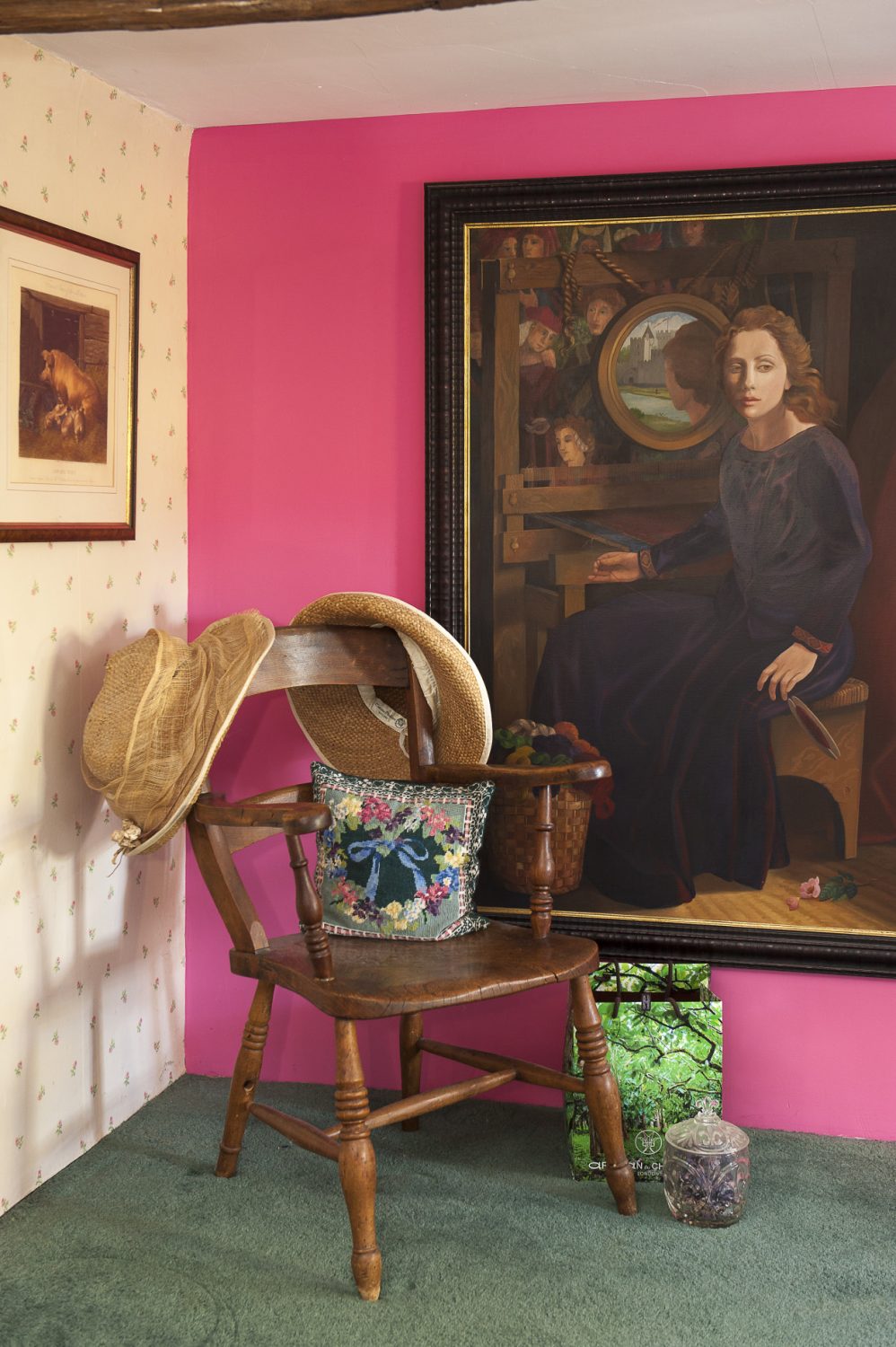 The large painting in the master bedroom is a depiction of Eve’s favourite poem, ‘The Lady of Shalott’, by Alfred, Lord Tennyson 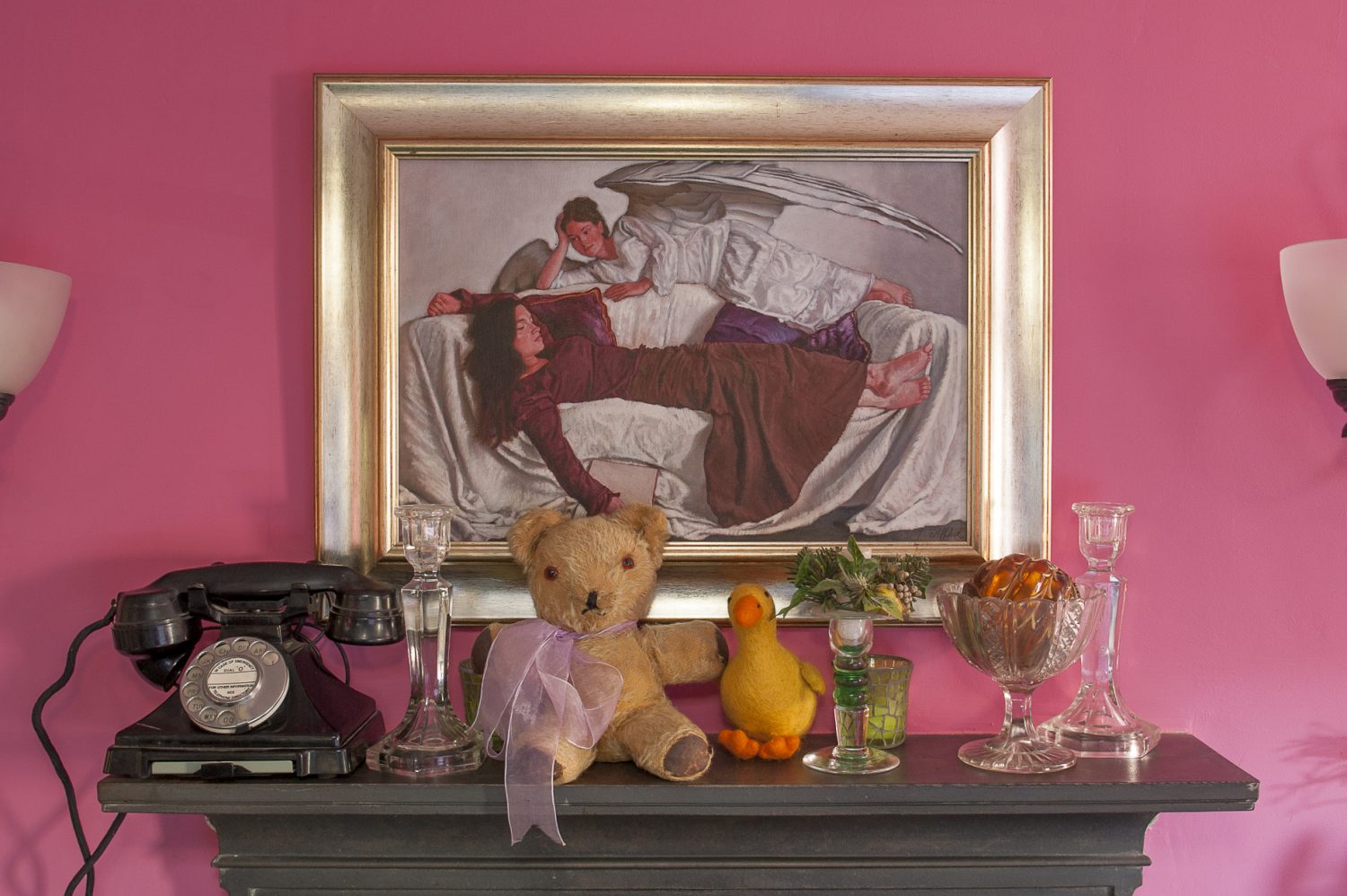 The teddy on the bedroom mantlepiece was given to Eve when she was three days old. The painting is ‘An Angel Watches Over Me’ by John Afflick 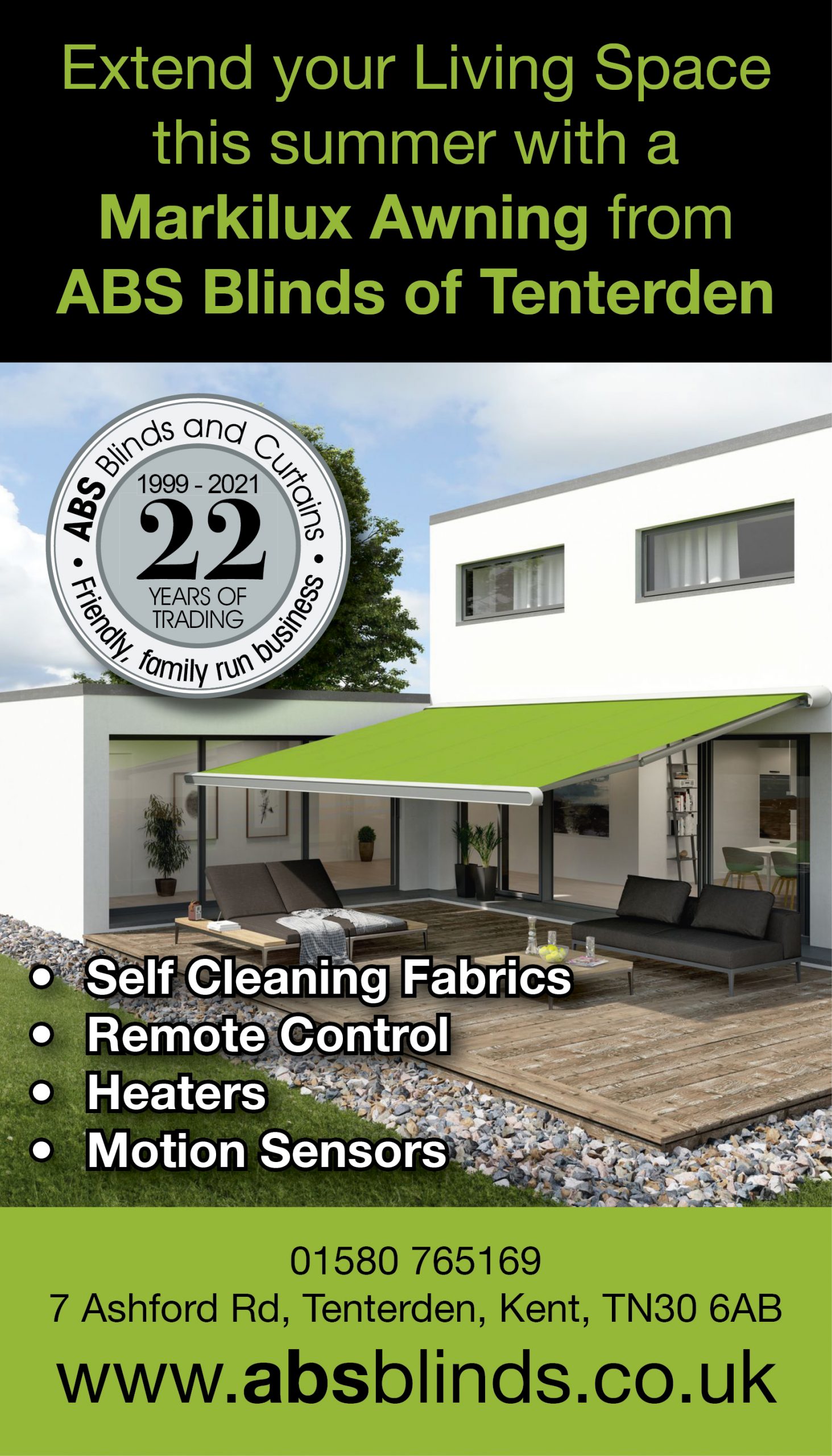 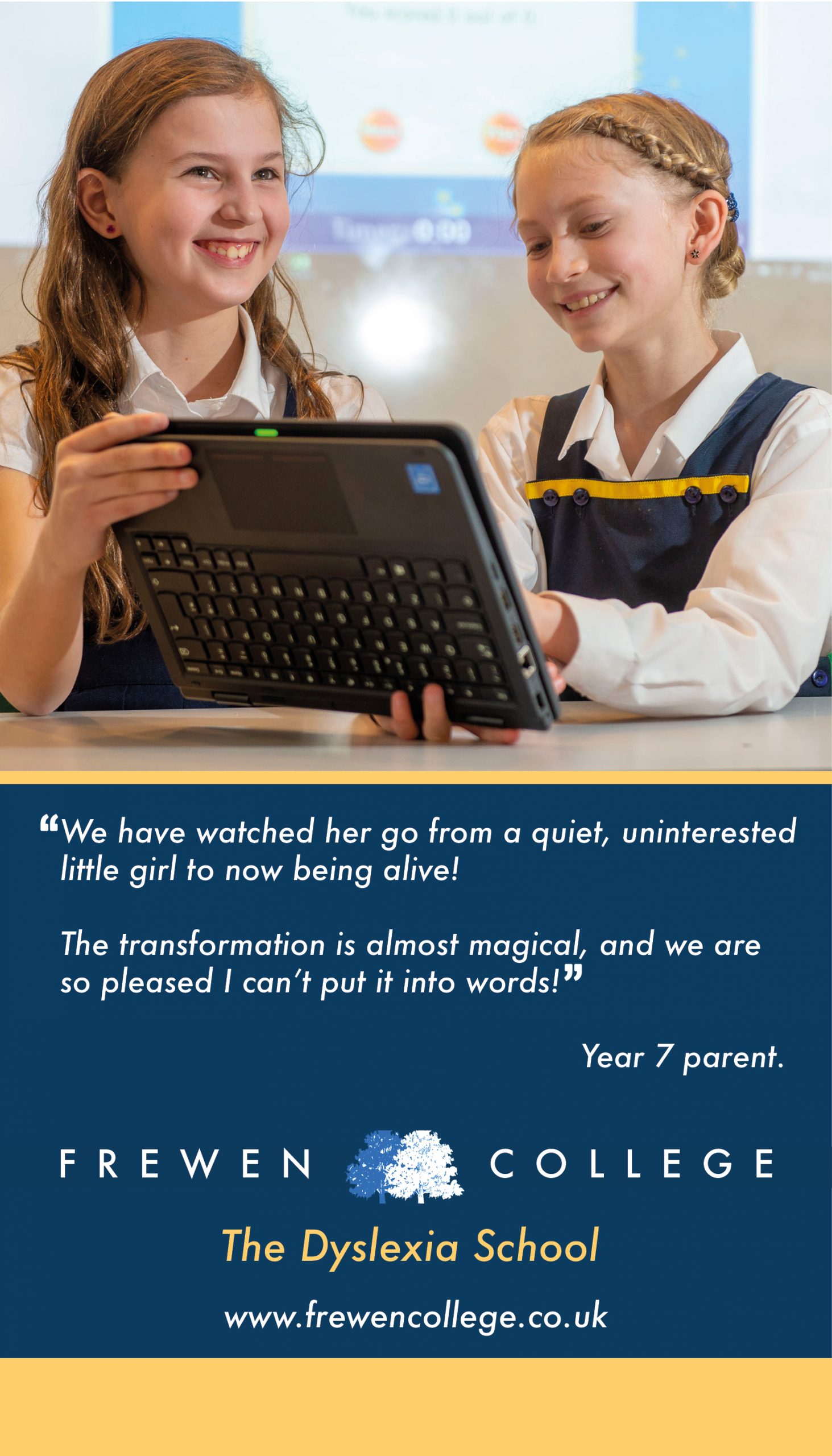 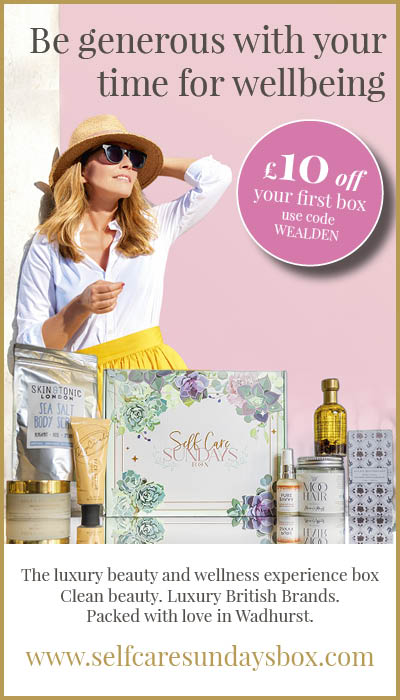